Fact Moon in the Sky 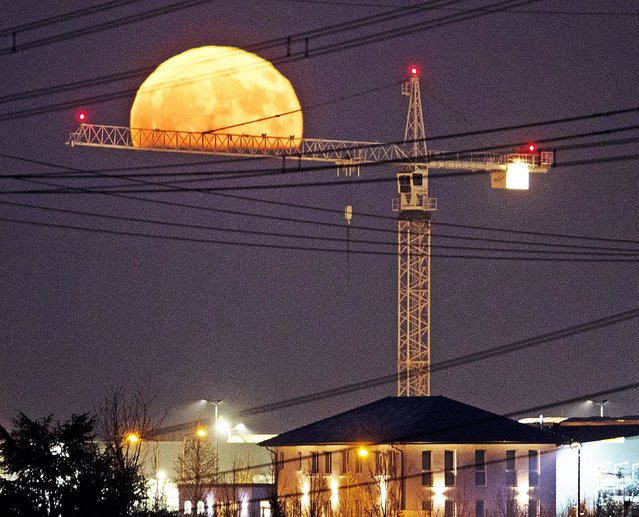 The full moon seems to sit on a crane as it rises in Frankfurt, Germany, Friday, November 23, 2018. (Photo by Michael Probst/AP Photo) 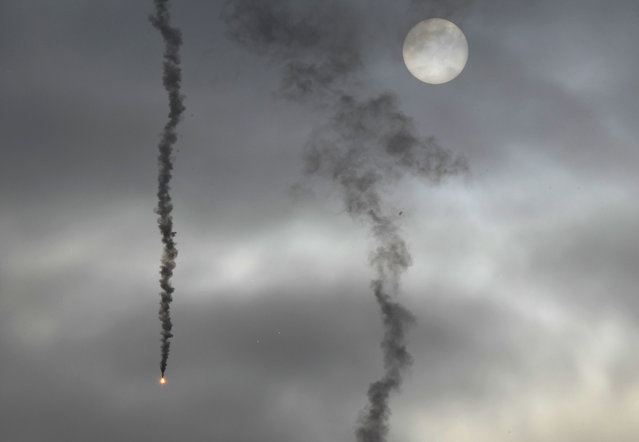 A view of the sky is pictured during the airborne troops drill in the region of Zhytomyr on November 21, 2018. (Photo by Sergei Supinsky/AFP Photo) 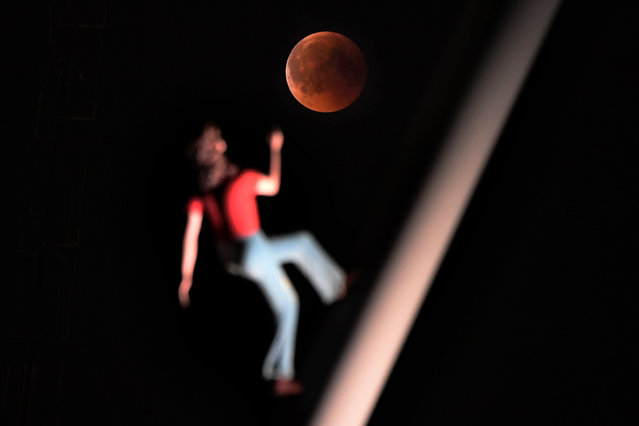 A “blood moon” eclipse is pictured with a sculpture by the American artist Jonathan Borofsky “Woman walking to the sky” on July 27, 2018 in Strasbourg, eastern France. The celestial show is the result of the sun, Earth, and Moon lining up perfectly for a lunar eclipse just as the Moon is near its closest orbit point to Earth, making it appear “super” large. (Photo by Frederick Florin/AFP Photo) 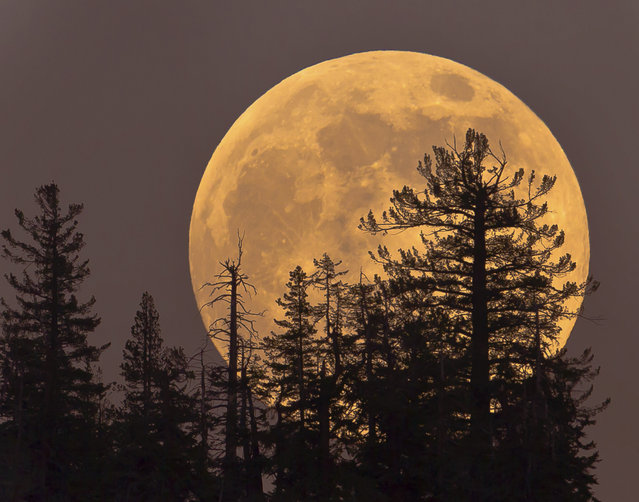 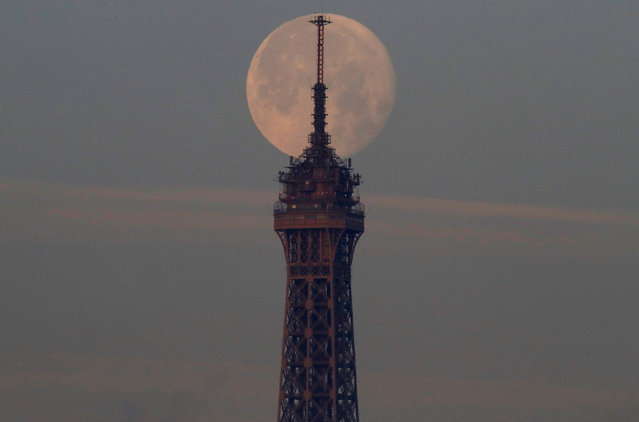 A super-moon sets over the Eiffel Tower in Paris, France, December 15, 2016. (Photo by Christian Hartmann/Reuters) 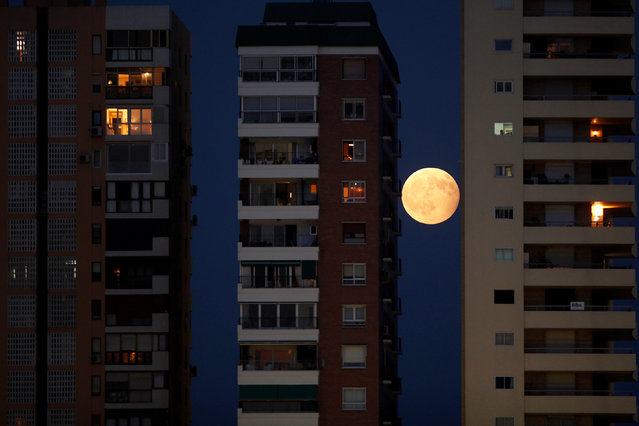 The rising moon is seen during a partial lunar eclipse between buildings in Malaga, southern Spain August 7, 2017. (Photo by Jon Nazca/Reuters) 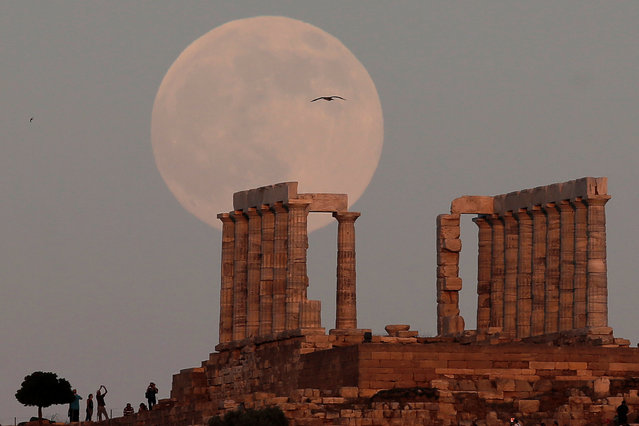 A traffic light is seen next to the Pink Supermoon in Frankfurt, Germany, April 8, 2020. (Photo by Kai Pfaffenbach/Reuters) 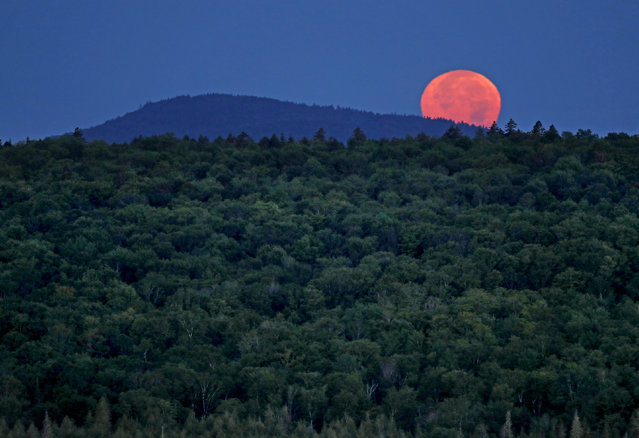 In this Monday, August 7, 2017 photo, the full moon sets behind Hunt Mountain on a privately owned tract of land surrounded by land that now comprises the Katahdin Woods and Waters National Monument near Patten, Maine. Interior Secretary Ryan Zinke wants to retain the newly created Katahdin Woods and Waters National Monument in northern Maine, but said he might recommend adjustments to the White House on Thursday, Aug. 24, 2017. (Photo by Robert F. Bukaty/AP Photo) 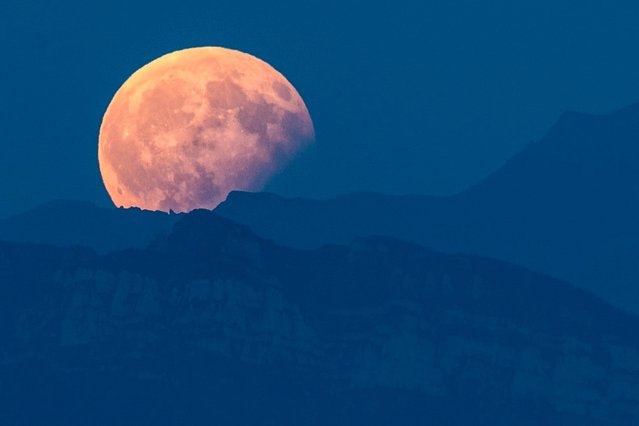 The full moon is seen above the Bernese Alps during a partial lunar eclipse in Bern, Switzerland on August 7, 2017. (Photo by Anthony Anex/European Pressphoto Agency) 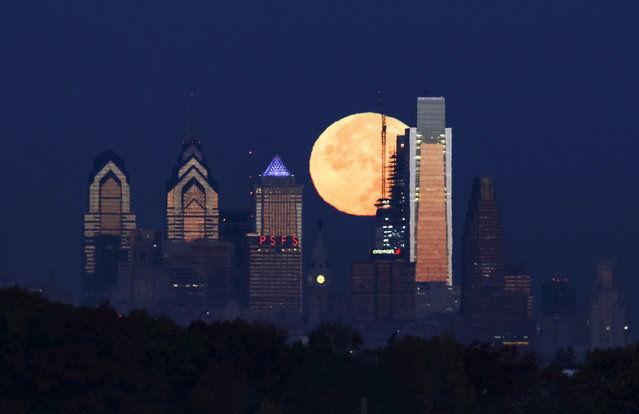 The supermoon sets behind the Philadelphia skyline on Monday, November 14, 2016. The brightest moon in almost 69 years lights up the sky this week in a treat for star watchers around the globe. The phenomenon is known as the supermoon. (Photo by Joseph Kaczmarek/AP Photo)
Edit Del
10 Apr 2020 00:03:00, post received 0 comments
Publication archive:
←   →
Popular tags:
All tags
Last searches: