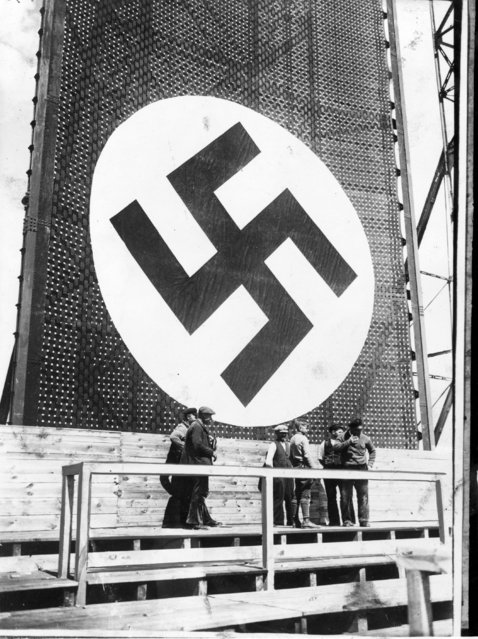 One of the huge swastika signs being hung during preparations for a May Day rally where Hitler will address a crowd of nearly 2,000,000 in the Tempelhof Field in Berlin. (Photo by Keystone). 30th April 1934 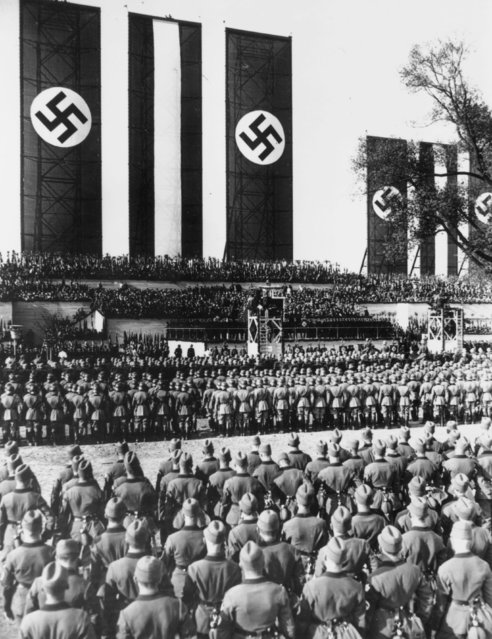 Massed ranks of German soldiers at the Tempelhof airfield to listen to a May Day speech by Hitler as Chancellor. (Photo by Three Lions). 1st May 1934 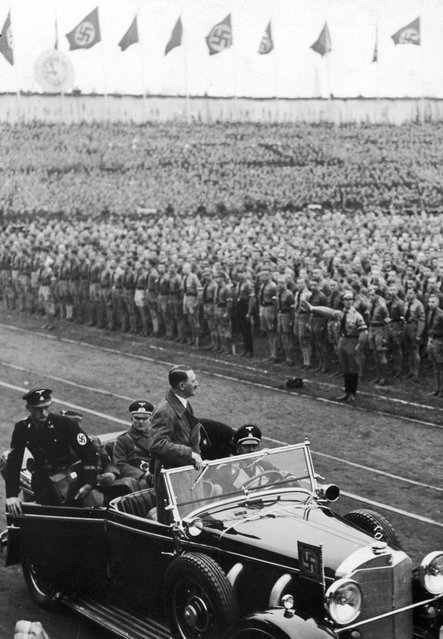 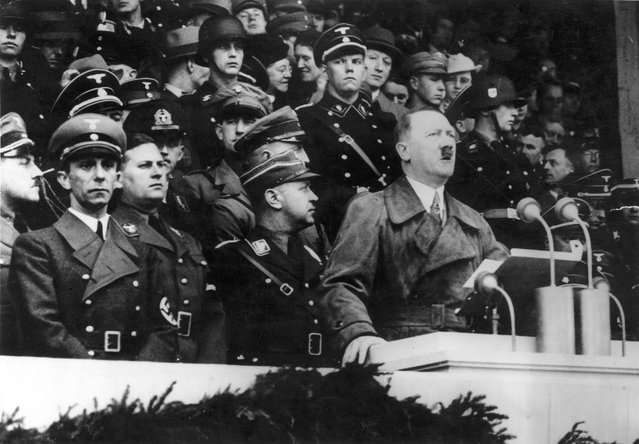 German dictator and head of the Nazi party, Adolf Hitler, delivering his May Day address at Lustgarten in Berlin. On the left is Joseph Goebbels (1897–1945). (Photo by Topical Press Agency). 1st May 1936 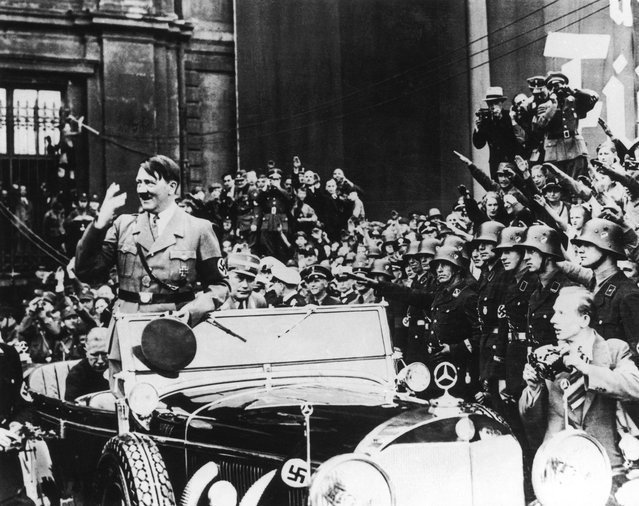 Nazi leader Adolf Hitler on his way to a May Day youth rally at the Lustgarten in Berlin, circa 1938. (Photo by Keystone) 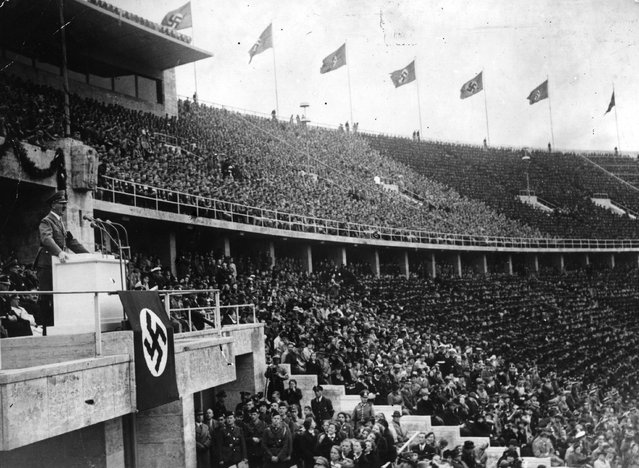 Adolf Hitler addressing thousands of supporters at a Nazi Rally held in the Berlin Stadium on May Day. (Photo by Topical Press Agency). 2nd May 1938

Nazi dictator Adolf Hitler greets supporters at a May Day gathering in the Olympic Stadium, Berlin. (Photo by Keystone). 1st May 1938 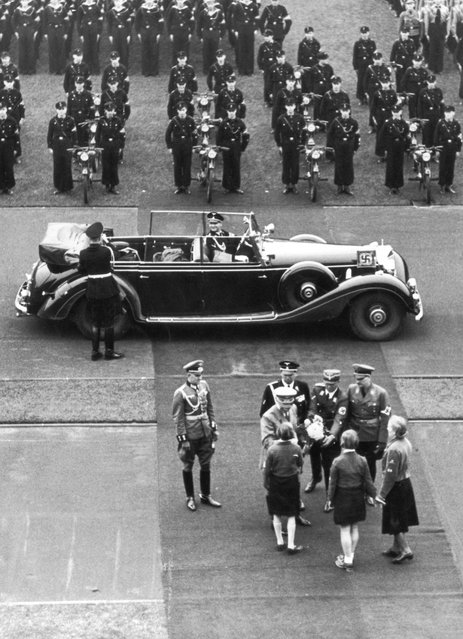