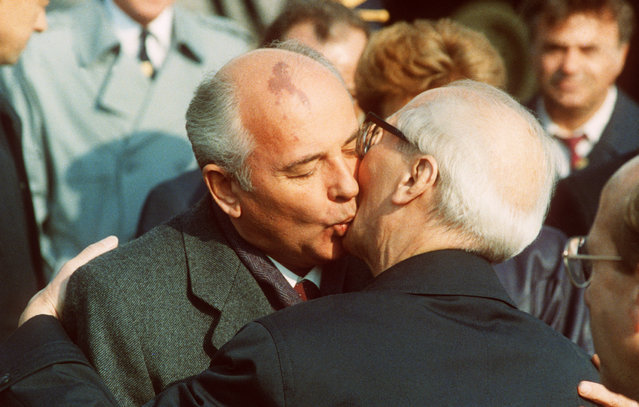 Soviet leader Mikhail Gorbachev, left, embraces Erich Honecker, East German President and hardline chairman of Communist Party (SED), during the celebration of the 40th anniversary of the German Democratic Republic's creation in East Berlin, 7th October 1989. Gorbachev advised Honecker to heed the 'impulses' of the times. Honecker, the leader of East Germany for 18 years, was ousted 18 October 1989 by his own party, which was confronting its greatest crisis since taking power 40 years earlier. Honecker paid the price for repudiating reforms in the face of a mounting tide of protest and continuing haemorrhage of East Germans to the West. (Photo by AFP/DPA/Getty Images) 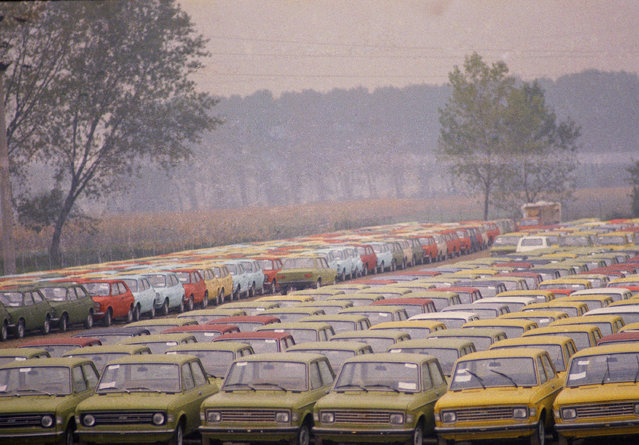 Seen here is the Fiat parking lot in the Turin outskirts of Italy, October 7, 1974, where part of the 300,000 unsold Fiat cars are stored. Fiat placed 71,000 workers on reduced working week today, while unions called for a four hours strike in the Piedmont region threatening a nationwide strike to protest Fiat's decision. (Photo by Raoul Fornezza/AP Photo) 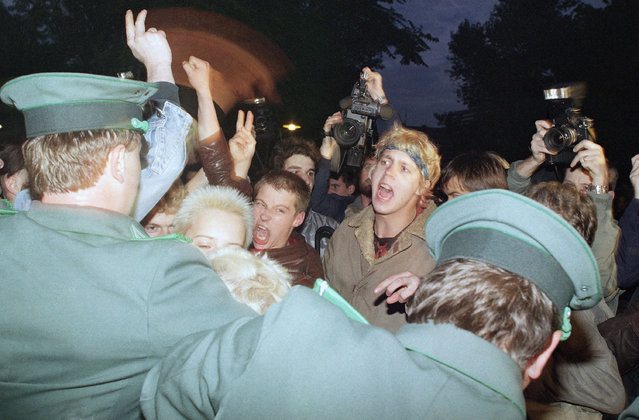 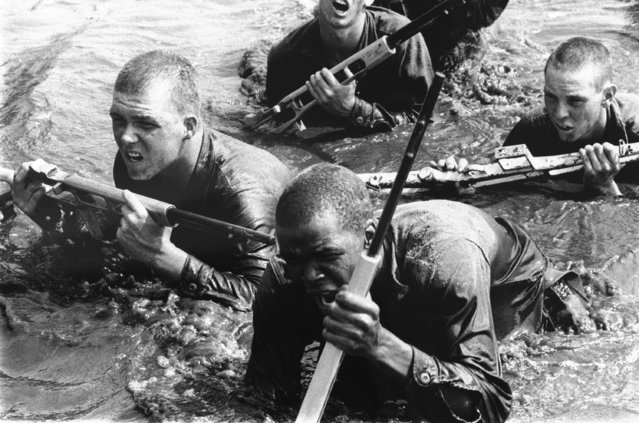 Recruits who earned a place in the Motivation Platoon struggle through water and muck on their way to becoming a Marine or going into some other line of work, October 7, 1971. (Photo by Eddie Adams/AP Photo) 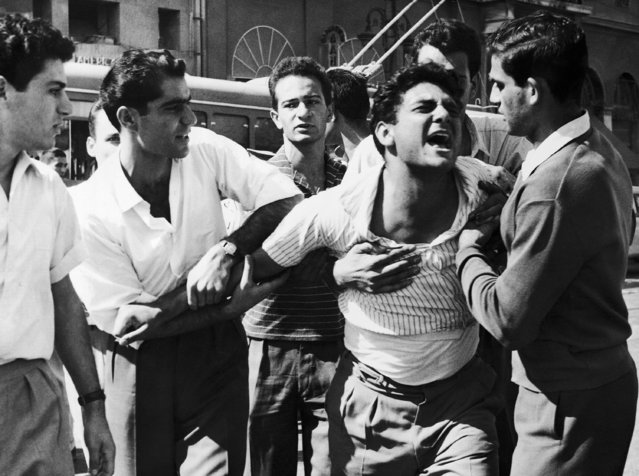 A Cypriot student screams with pain after being clubbed by policeman during demonstration at Athens University in the Greek Capital on Friday, October 7, 1958. Friends help him from the scene. Some 300 students, defying a police ban, gathered in university area in opposing application of British partnership plan in Cyprus. They tries unsuccessfully to break through a police cordon thrown around the university grounds and finally were dispersed. (Photo by AP Photo) 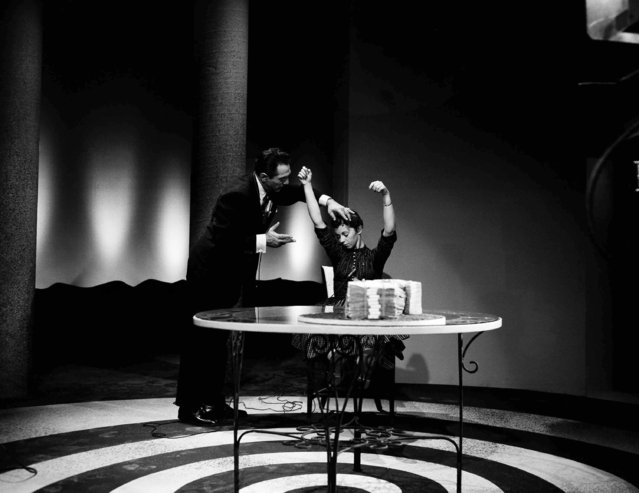 Arthur Ellen, a professional hypnotist, puts a 19-year-old student, Pat Morris, under hypnosis as she tried for the $100,000 prize on the Truth Or Consequences TV show, in Hollywood, October 7, 1955. She is falling into a deep trance as Ellen says the words Nena, Zena, Rena. Then he told her she was unable to rise and pick up the $100,000 in bills, lying on the table before her. She couldn't get up, but if she had been able to, the $100,000 would have been hers. She was given a new car and $1,000 as a consolation prize. (Photo by David F. Smith/AP Photo) 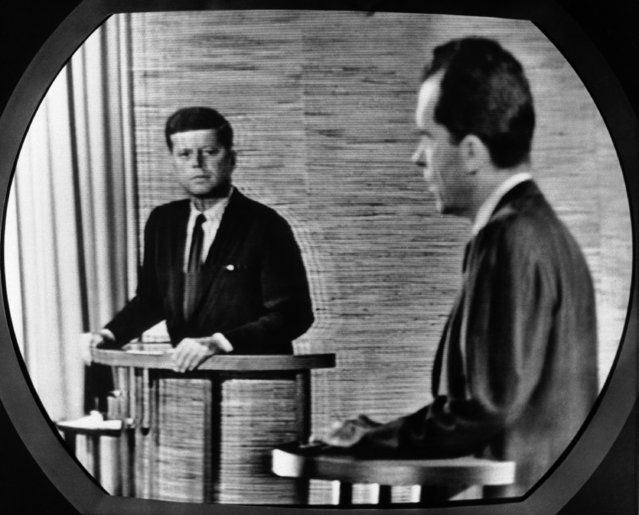 Vice President Richard Nixon, right, talks and Sen. John F. Kennedy listens in this view taken from television screen in New York, October 7, 1960. The debate between the presidential candidates was broadcast nationally on TV and radio from Washington studio. (Photo by AP Photo) 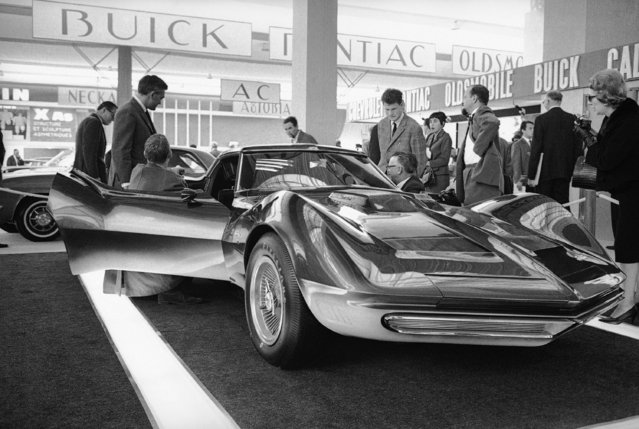 At the Paris Auto Show opening this Chevrolet experimental prototype attracts visitors, October 7, 1965 in Paris. The body is made of glass fiber. (Photo by Michel Lipchitz/AP Photo) 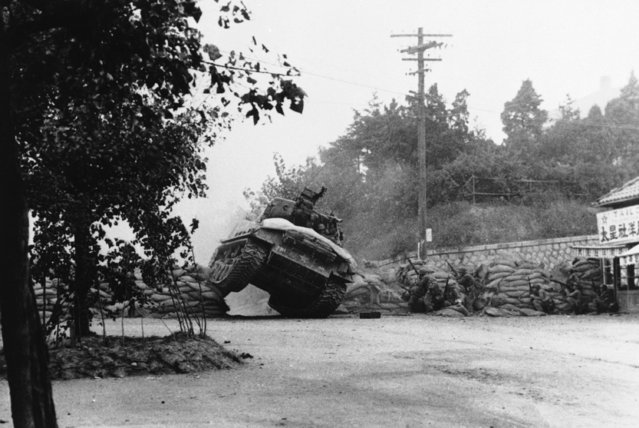 An American tank crashes roughshod through an enemy roadblock near Seoul, South Korea, October 7, 1950, as 7th Division infantrymen prepare to exploit the breakthrough and put an end to Red Sniper fire in this sector of the Korean front. (Photo by AP Photo) 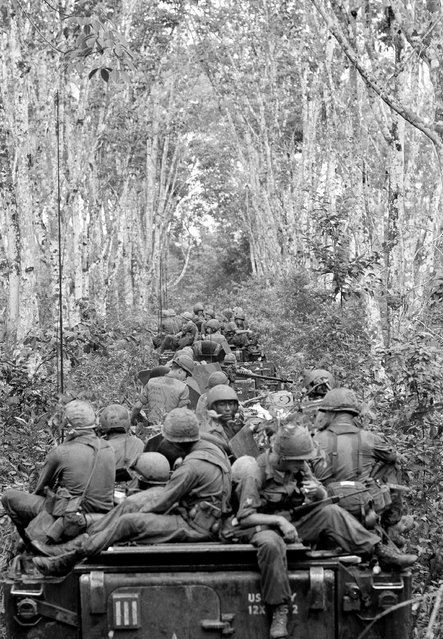