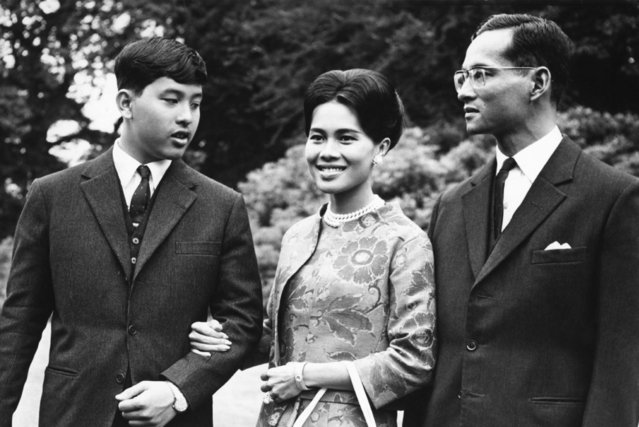 In this July 27, 1966, file photo, Thailand's King Bhumibol Adulyadej, right, walks with Queen Sirikit and their 13-year-old son, Crown Prince Vajiralongkorn, through the gardens of their residence at Sunninghill, Berkshire, where they are staying during their private visit to Britain. Thailand's Royal Palace said on Thursday, Oct. 13, 2016, that King Bhumibol, the world's longest-reigning monarch, has died at age 88. (Photo by AP Photo/Harris) 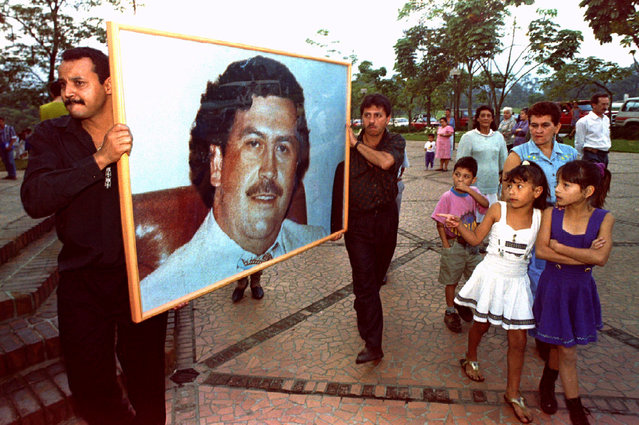 Two men carry a picture of Pablo Escobar through the streets of Medellin, Colombia on December 2, 1994 on the first anniversary of his death. Hundreds of admirers packed a memorial service for the slain cocaine king, proclaiming undying loyalty to the dead drug lord. (Photo by Jose Gomez/Reuters) 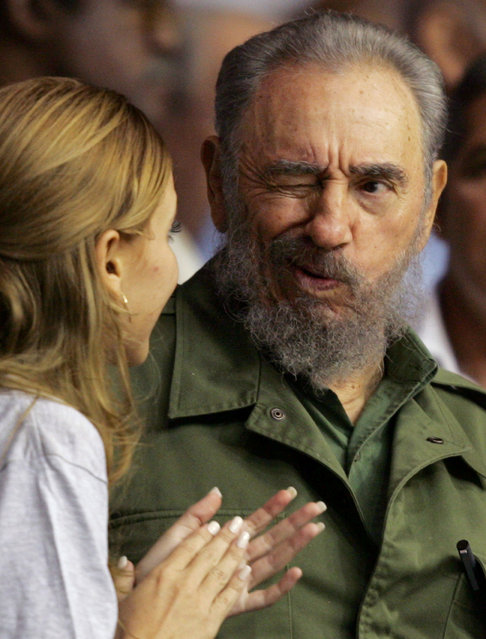 Cuban President Fidel Castro (R) winks at a woman at the graduation of hundreds of Cuban art students at Havana's Sports City in this October 28, 2005 file photo. (Photo by Claudia Daut/Reuters) 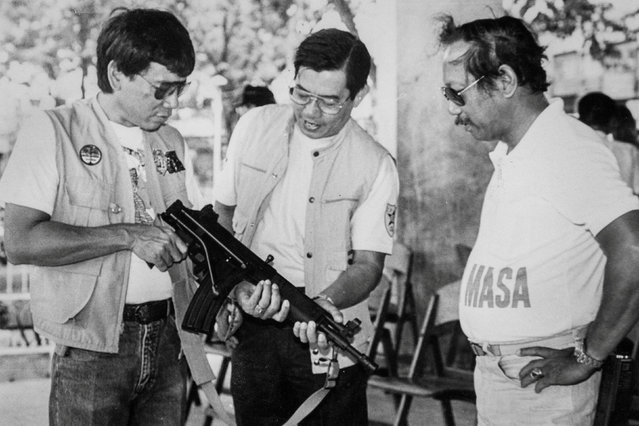 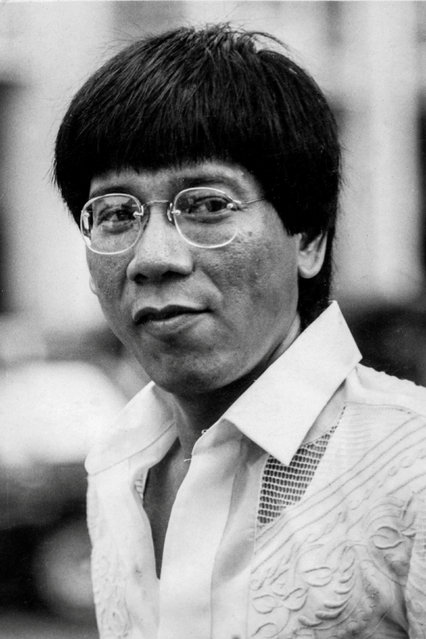 Rodrigo Duterte poses for a picture in Davao city in the southern Philippines, following his appointment as Vice Mayor. Picture taken in 1987. (Photo by Renato Lumawag/Reuters) 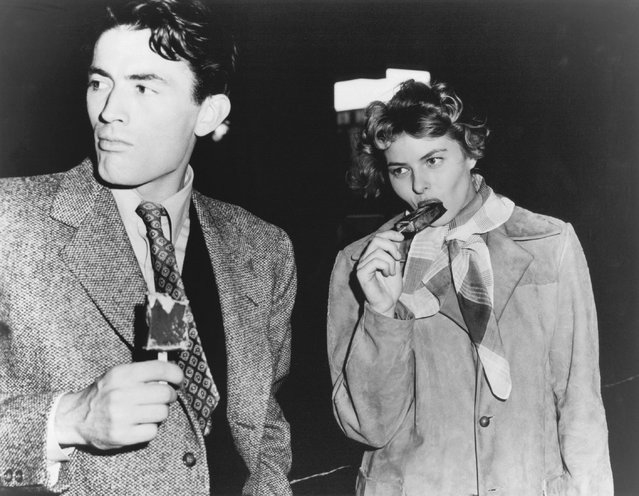 Ingrid Bergman with Gregory Peck during a break in shooting in Hollywood, 1944. (Photo by Ingrid Bergman Collection/Wesleyan University) 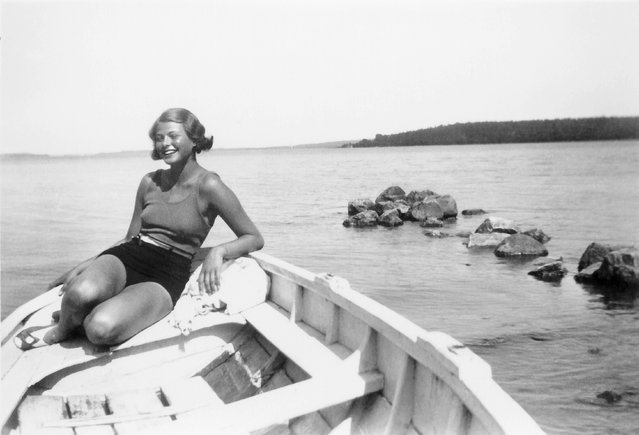 Ingrid Bergman sunbathing in a boat on Lake Mälaren just outside Stockholm, circa 1932, when Bergman was around 18. (Photo by Ingrid Bergman Collection/Wesleyan University) 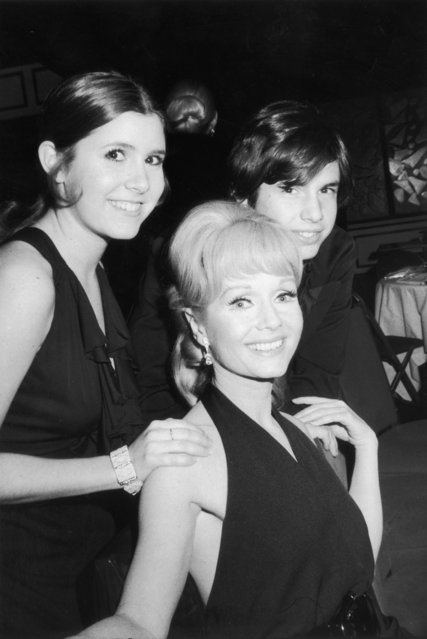 American actor Debbie Reynolds sits and smiles with her children, actor Carrie Fisher and Todd Fisher, as they attend the opening night party for the Broadway musical revival “Irene”, in which Reynolds starred, New York City, 13th March 1973. The music was composed by Hal Tierney, with lyrics by Joseph McCarthy. (Photo by Tim Boxer/Hulton Archive/Getty Images) 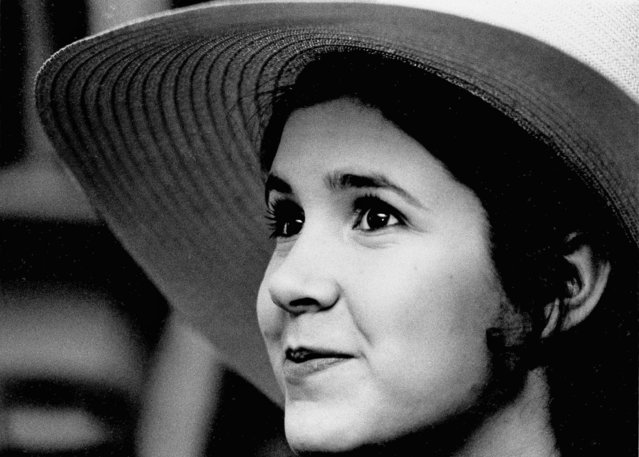 Carrie Fisher, 16-year-old daughter of Debbie Reynolds and Eddie Fisher, is pictured in New York, May 2, 1973. Carrie Fisher who played Princess Leia in the original “Star Wars” died Tuesday, December 27, 2016 after heart attack on flight from London to LA on Friday. She was 60. (Photo by Jerry Mosey/AP Photo) 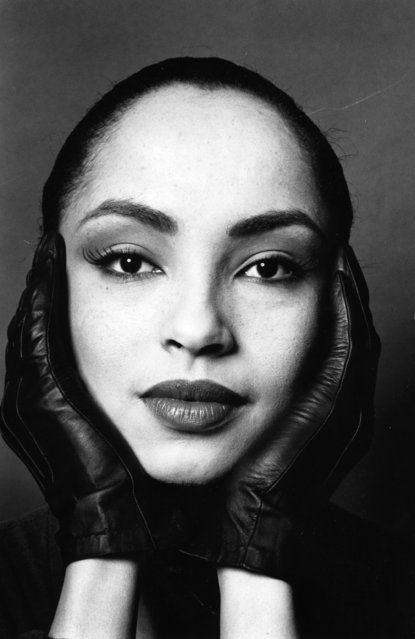 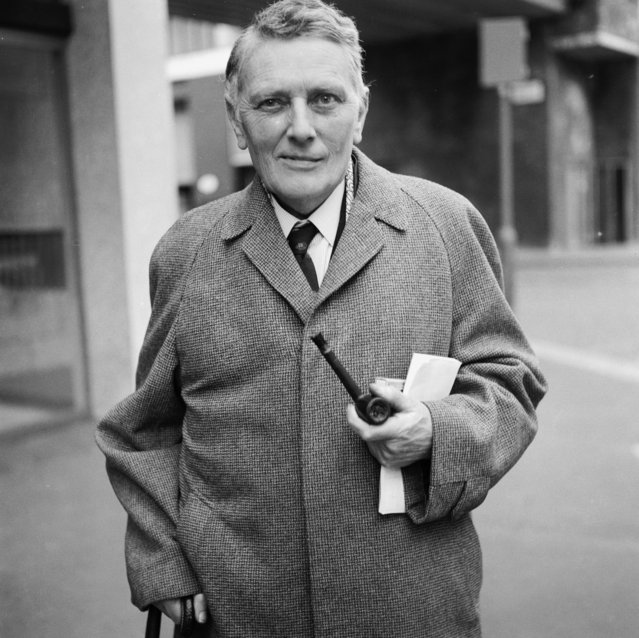 Mr. Brian Roberts, editor of the “Sunday Telegraph” at the Guildhall Magistrates Court after being accused of unlawfully communicating a confidential government report, “An appreciation of the Nigerian conflict”, to unauthorised persons in contravention of Section 2 of the 1911 Official Secrets Act, on 23rd April 1970. (Photo by Roger Jackson/Central Press/Getty Images) 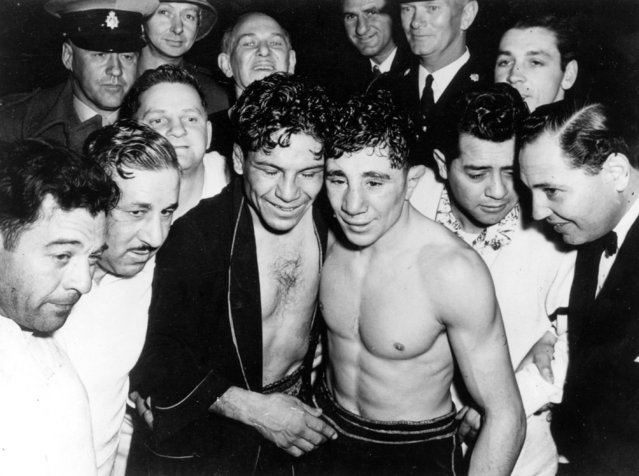 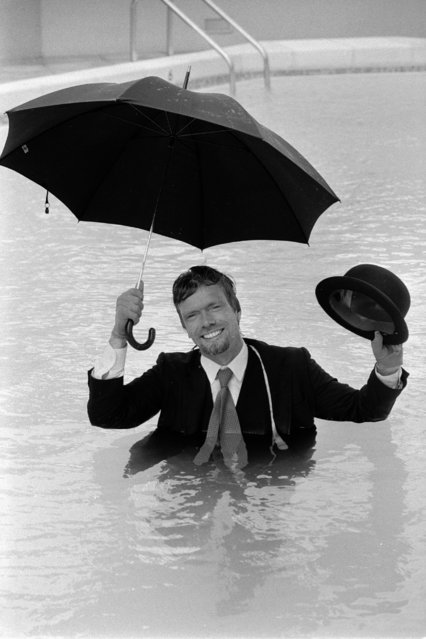 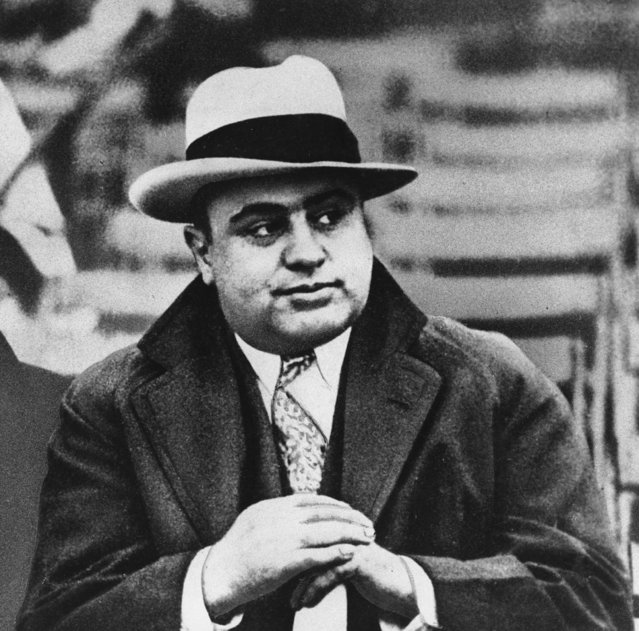 This January 19, 1931 file photo shows Chicago mobster Al Capone at a football game. An intimate letter he penned from prison suggests the ruthless racketeer had a soft side. The three-page letter, which is to be auctioned next week in Cambridge, Mass., is addressed to Capone's son, Albert “Sonny” Capone. The mobster signed it, “Love & Kisses, Your Dear Dad Alphonse Capone #85”, which was his number at the Alcatraz prison in San Francisco Bay. (Photo by AP Photo) 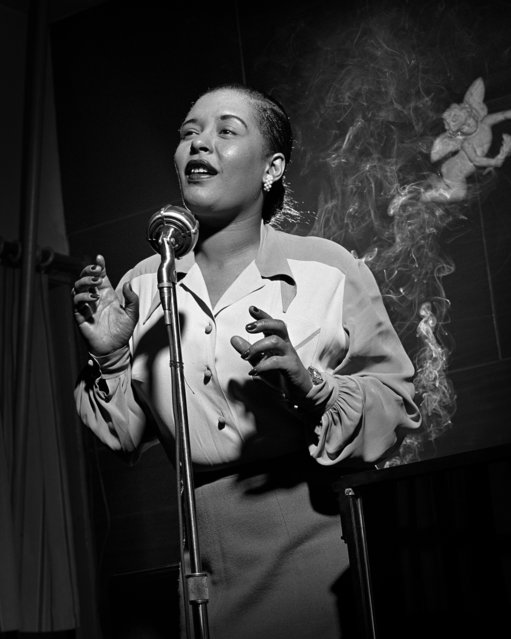 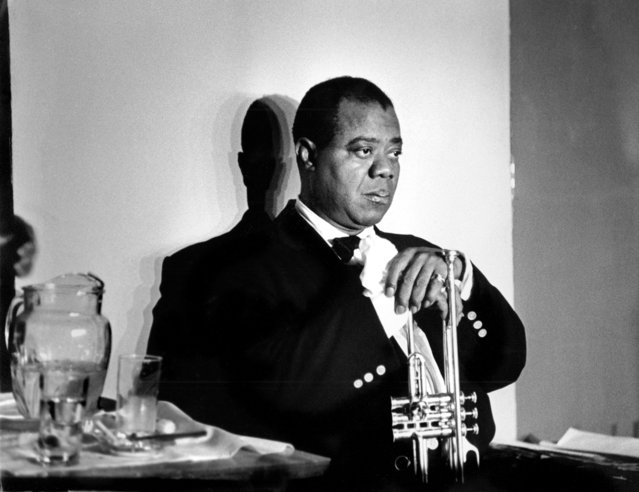 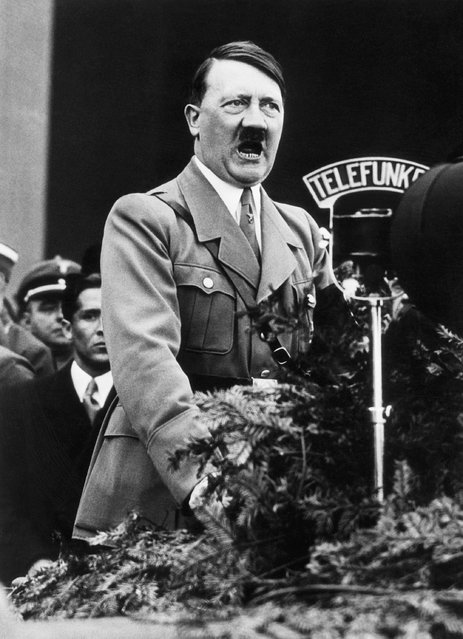 Adolf Hitler,closeup shot of the Chancellor speaking over the radio microphone, 1934. (Photo by Bettmann Archive) 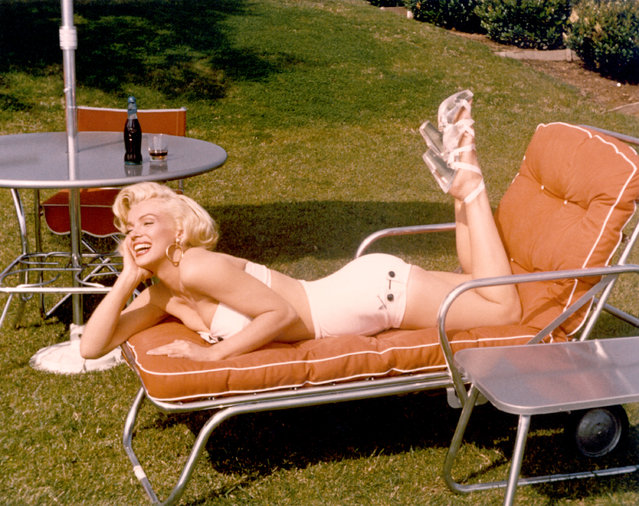 Actress Marilyn Monroe poses for a portrait in a bathing suit and high heels with a bottle of Coca-Cola in a glass on a table behind her in circa 1953. (Photo by Michael Ochs Archives/Getty Images) 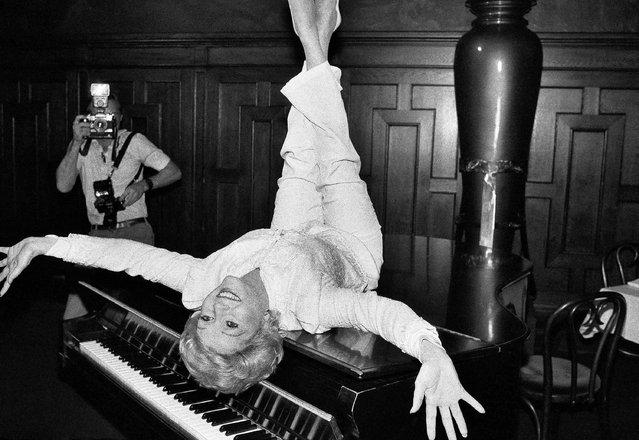 In this September 8, 1982, file photo, actress Debbie Reynolds poses on a grand piano at a New York restaurant, as she promotes the revival of the hit musical “The Unsinkable Molly Brown”. Reynolds, star of the 1952 classic “Singin' in the Rain” died Wednesday, Dec. 28, 2016, according to her son Todd Fisher. She was 84. (Photo by Marty Lederhandler/AP Photo) 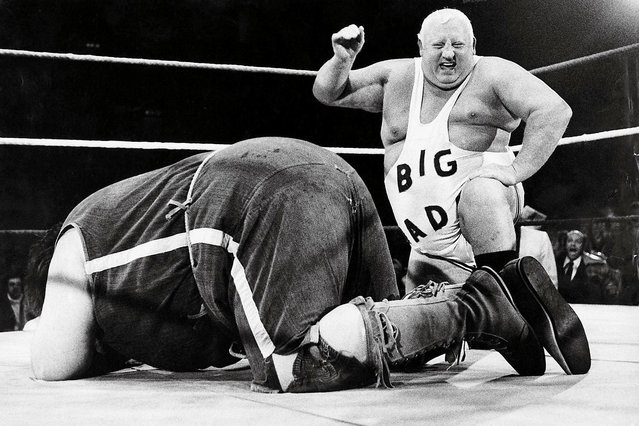 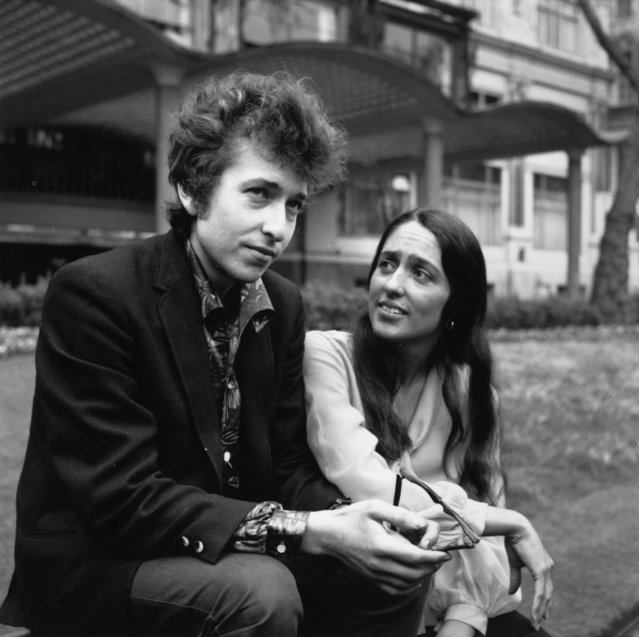