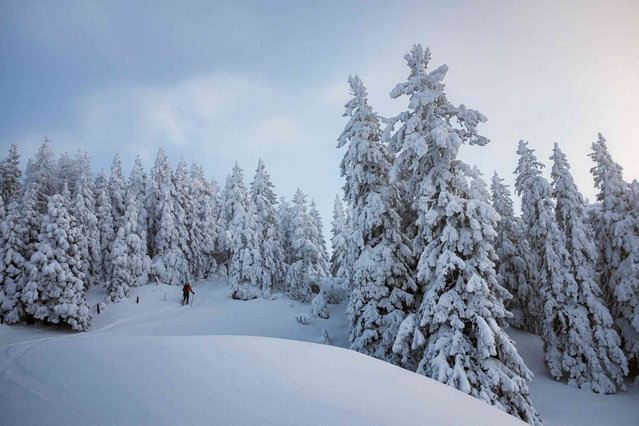 A woman skis up towards the “Chimmispitz” mountain, in St. Margrethenberg, Switzerland, Thursday, December 2, 2021. (Photo by Gian Ehrenzeller/Keystone via AP Photo) 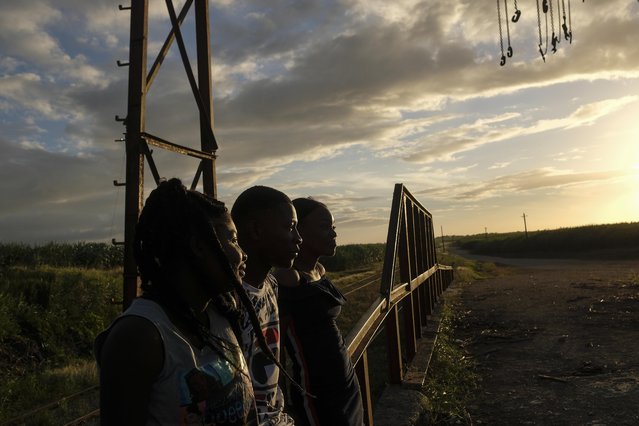 Young Haitian migrants hang out in the Batey La Lima community, an impoverished community surrounded by a massive sugarcane plantation in the coastal city of La Romana, Dominican Republic, Wednesday, November 17, 2021. As the rest of the world closes its doors to Haitian migrants, the country that shares an island with Haiti also is cracking down in a way that human rights activists say hasn’t been seen in decades. (Photo by Matias Delacroix/AP Photo) 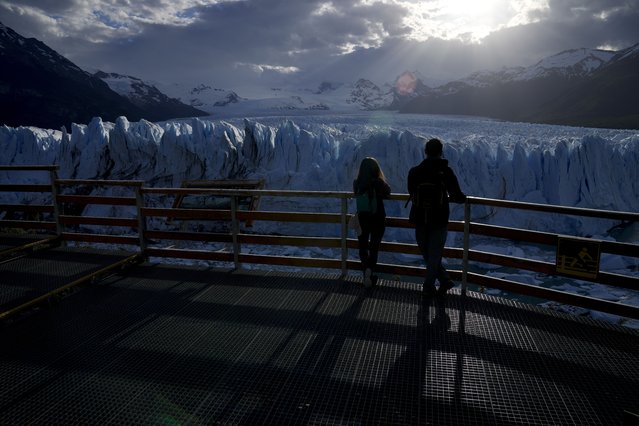 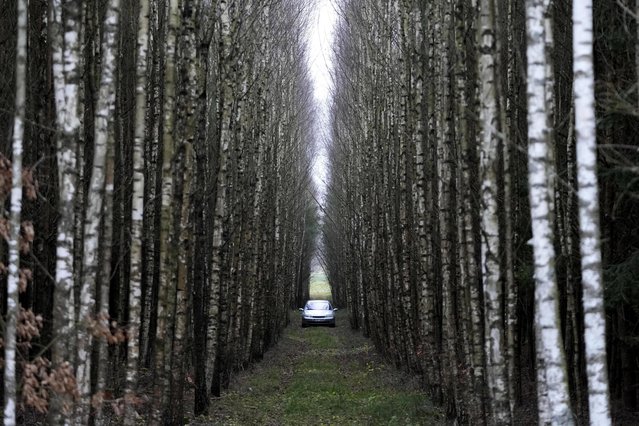 A view of a car parked between birch trees in a forest near Lipsk, Poland, Monday, November 15, 2021. (Photo by Matthias Schrader/AP Photo) 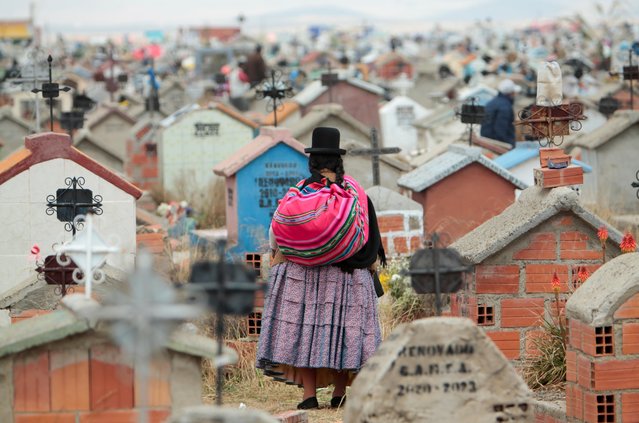 A woman stands among graves at the Mercedario graveyard as she observes the Day of the Dead celebration, in El Alto, on the outskirts of La Paz, Bolivia, November 2, 2021. (Photo by Manuel Claure/Reuters) 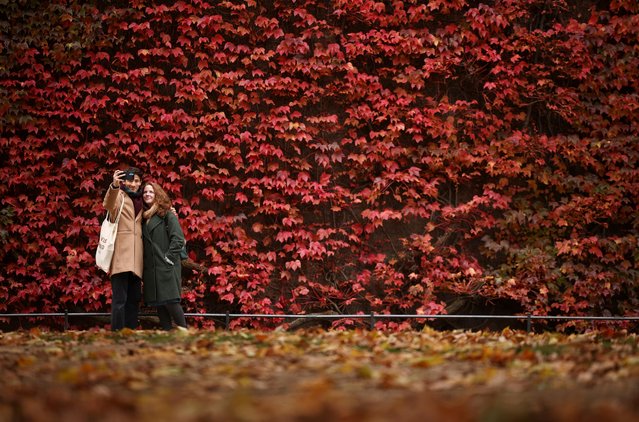 People take a selfie in front of a wall covered in foliage displaying autumnal colours in London, Britain, November 5, 2021. (Photo by Henry Nicholls/Reuters) 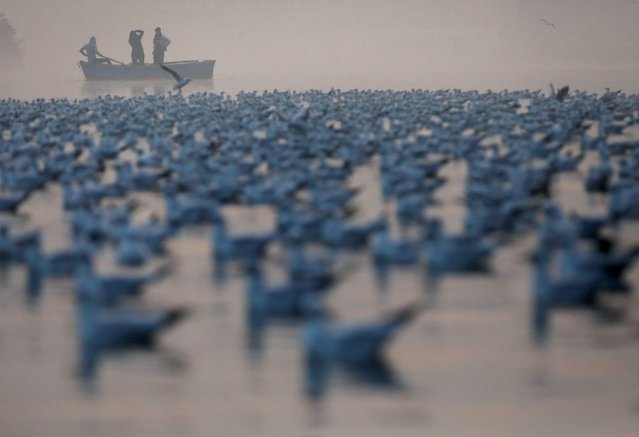 People ride a boat across Yamuna river, on a smoggy morning in New Delhi, India November 18, 2021. (Photo by Navesh Chitrakar/Reuters) 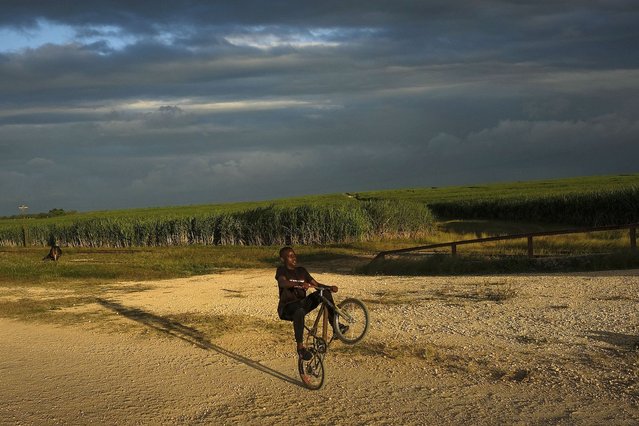 A youth performs a wheelie on his bike near the Lima batey in La Romana, Dominican Republic, Wednesday, November 17, 2021. The bateyes formed around the sugar cane mills where cane workers, mainly Haitians, eventually established their immigrant communities. (Photo by Matias Delacroix/AP Photo) 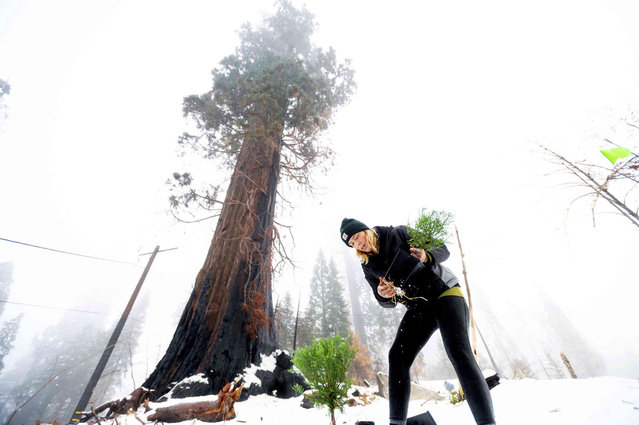 Caryssa Rouser, a propagation specialist with Archangel Ancient Tree Archive, plants a sequoia tree on Tuesday, October 26, 2021, in Sequoia Crest, Calif. The effort led by the Archangel Ancient Tree Archive, a nonprofit trying to preserve the genetics of the biggest old-growth trees, is one of many extraordinary measures being taken to save giant sequoias that were once considered nearly fire-proof and are in jeopardy of being wiped out by more intense wildfires. (Photo by Noah Berger/AP Photo) 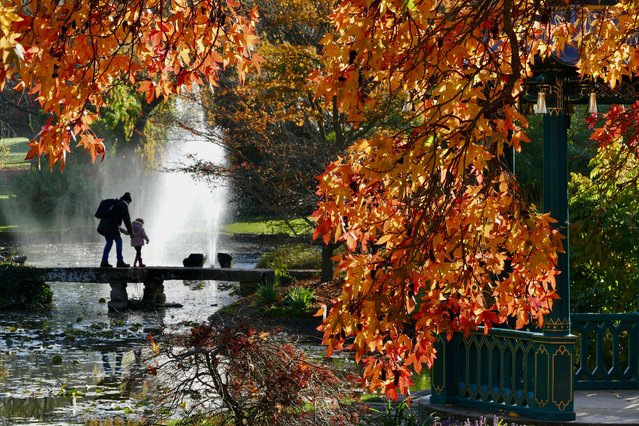 People in the autumn sun at Cliveden House in Berkshire, Taplow, United Kingdom on November 17, 2021. (Photo by Geoffrey Swaine/Rex Features/Shutterstock) 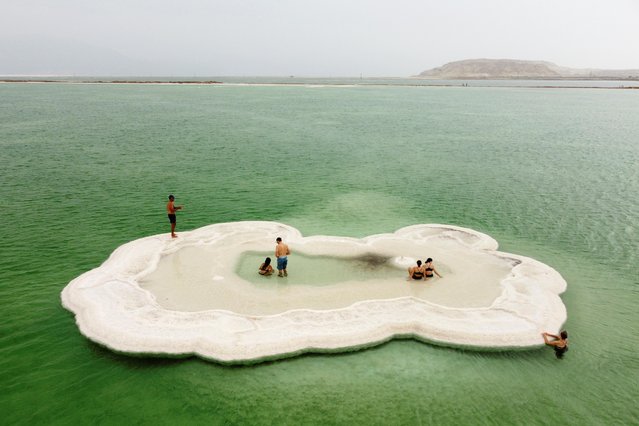 Visitors explore a salt formation in the Dead Sea near Ein Bokeq, Israel, October 30, 2021.Picture taken with a drone. (Photo by Amir Cohen/Reuters) 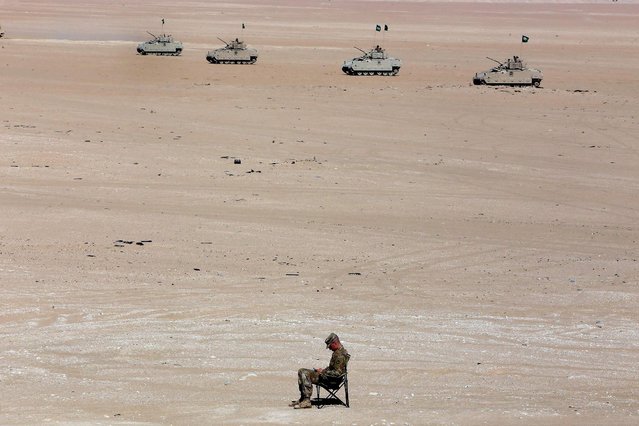 A US soldier rests as Saudi tanks take part in a military exercise at the Udaira military range, some 140km north of Kuwait City, on November 18, 2021, as part of the “Gulf Shooting 2021” exercise with the participation of the Royal Saudi Land Forces, the Kuwaiti Land Force and the US Army's Spartan Force. (Photo by Yasser Al-Zayyat/AFP Photo) 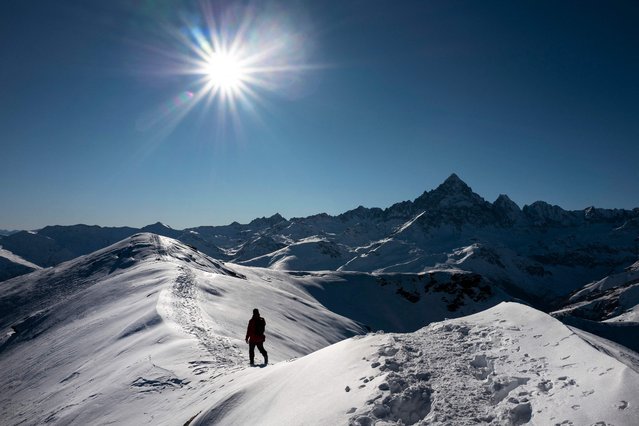 A hiker walks on Riscas Peak at the Monviso Biosphere Area in Ostana, near the French border, northwestern Italy, Alps Region, on December 6, 2021. (Photo by Marco Bertorello/AFP Photo) 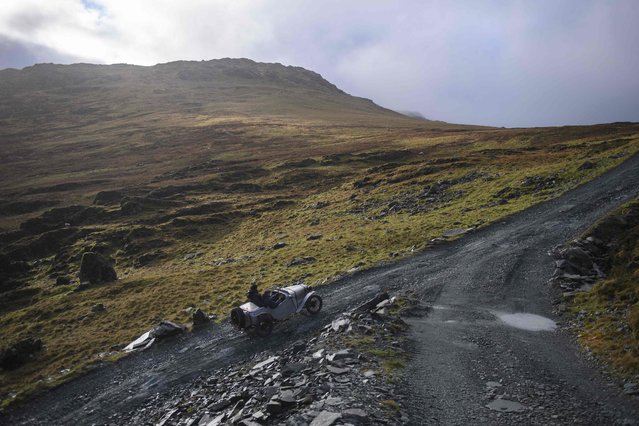 Fred Waite drives an Austin Seven Cambridge Spec vintage car dating from 1935 as he takes part in the 52nd annual Lakeland Trial along a quarry road above Honister Slate Mine in Borrowdale, near Keswick, northern England on November 13, 2021. The event, run by the Vintage Sports-Car Club, is an untimed form of motorsport which takes place over several steep, rough and muddy Lake District hills. (Photo by Oli Scarff/AFP Photo) 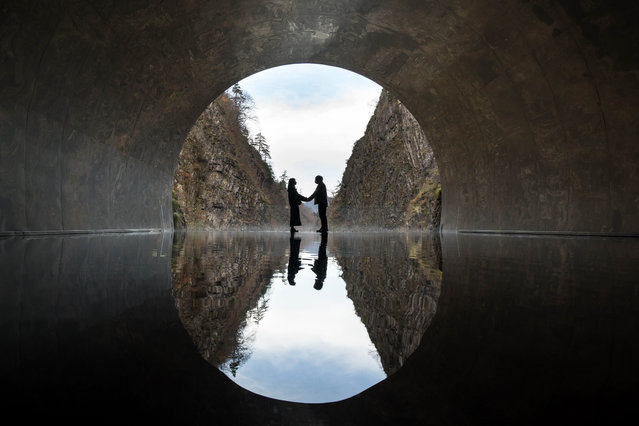