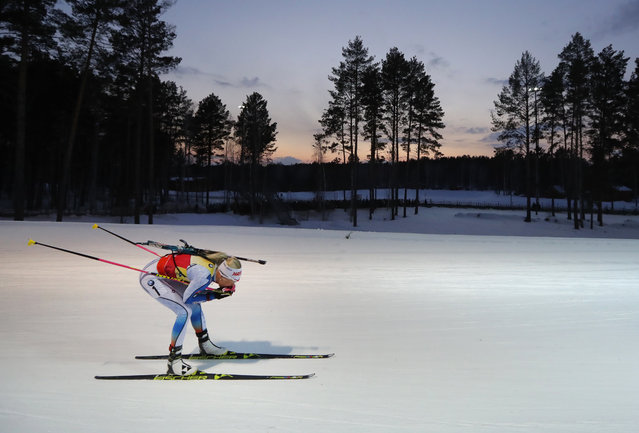 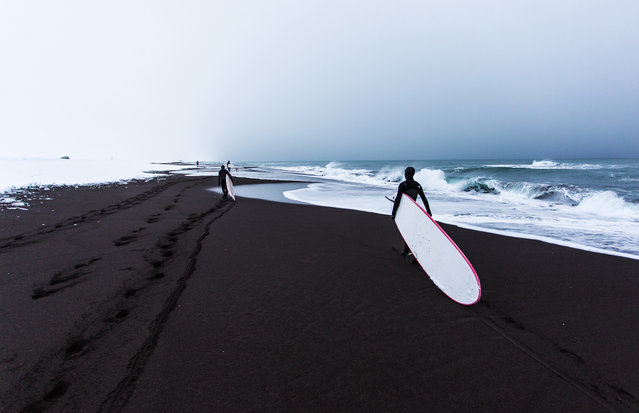 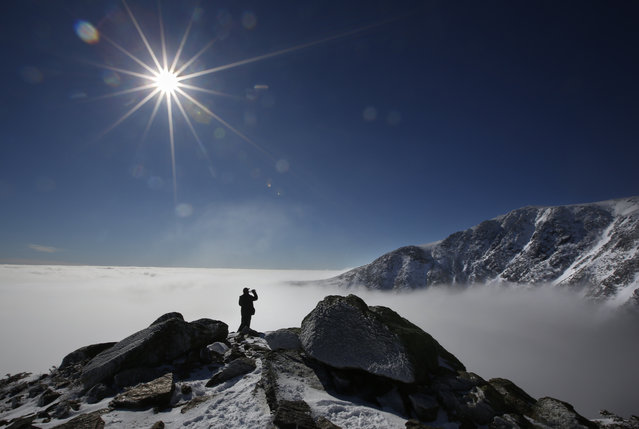 Guillaume Clermont of Montreal takes a water while climbing Mount Washington, Tuesday, March 6, 2018, near Pinkham Notch, N.H. A sea of clouds flow into Tuckerman Ravine below Clermont on an unusually mild day on the northeast's highest peak. A second nor'easter in as many weeks is expected to hit New England on Wednesday. (Photo by Robert F. Bukaty/AP Photo) 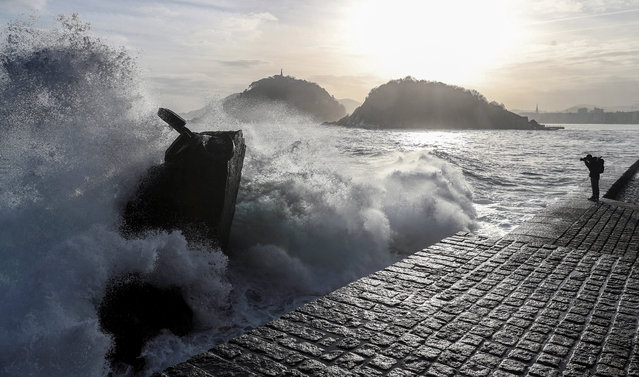 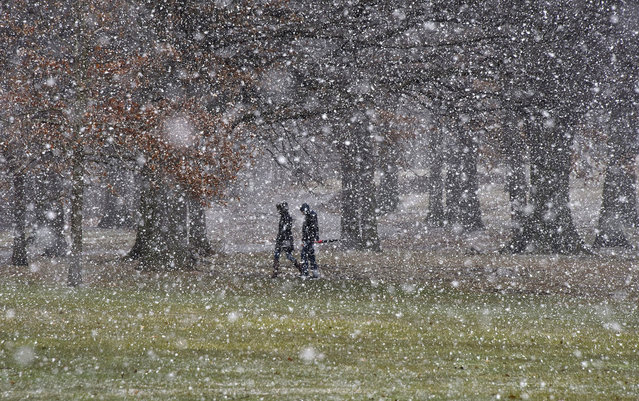 People cross Flagstaff Hill as the snow starts to fall, in Schenley Park, on their way to the Carnegie Mellon University campus, Tuesday, March 20, 2018, in the Oakland section of Pittsburgh. Yet another powerful storm bore down on the Northeast on Tuesday, with wind-whipped snow falling in parts of Pennsylvania and New Jersey as people grumbled and complained about a first day of spring that looked an awful lot like the last weeks of winter. (Photo by Darrell Sapp/Pittsburgh Post-Gazette via AP Photo) 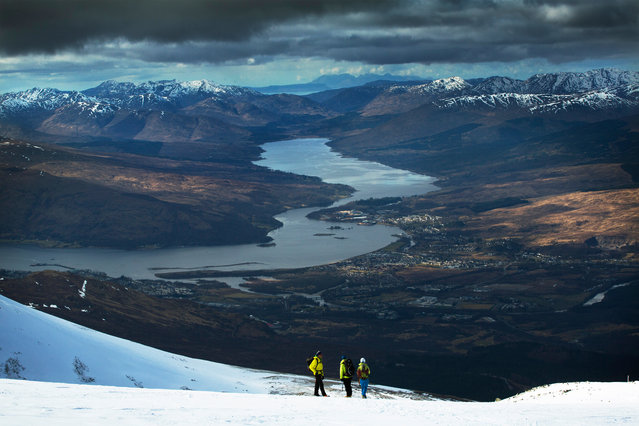 Walkers look down to Fort William, Corpach and Loch Eil from Aonach Mor, Scotland situated in the shadows of Ben Nevis. (Photo by Murdo Macleod for the Guardian) 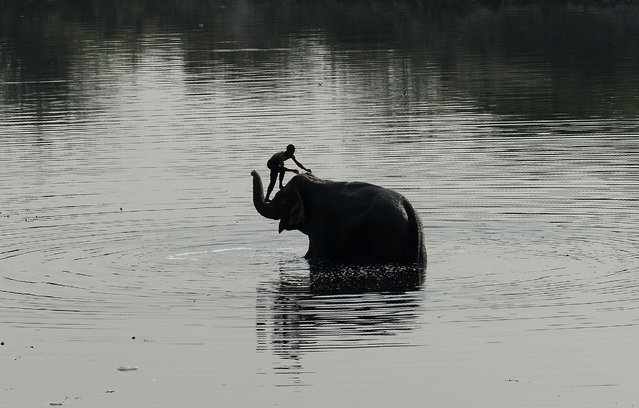 An Indian mahout washes his elephant in the Yamuna River in New Delhi on April 3, 2018. (Photo by Sajjad Hussain/AFP Photo) 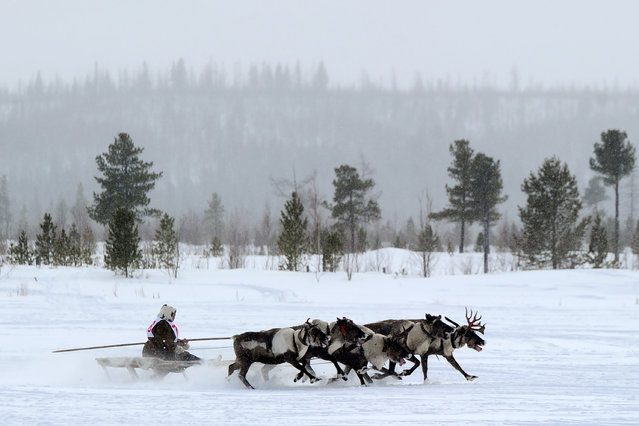 A Nenets woman competes in a reindeer race, marking the annual Reindeer Herder's Day, on March 4, 2018 in the northern city of Nadym. (Photo by Sergei Gapon/AFP Photo) 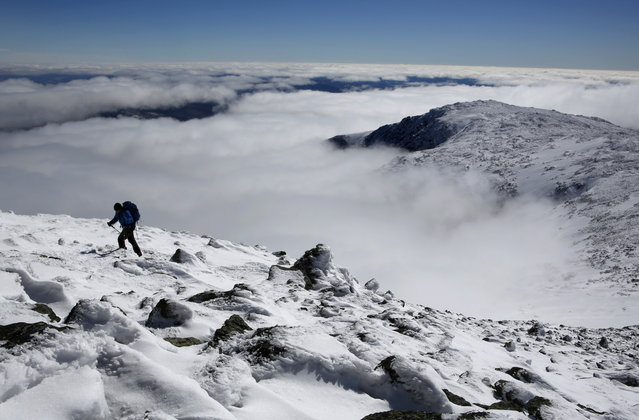 Clouds fill Tuckerman Ravine below Peter Arthur as he makes the final push to the summit of 6,288-foot Mount Washington, Tuesday, March 6, 2018, near Pinkham Notch, N.H. “I saw the weather forecast and knew I had to take the day off from work”, said Arthur, who drove 6.5 hours through the night from his home in Remsen, N.Y. A second nor'easter in as many weeks is expected to hit New England on Wednesday. (Photo by Robert F. Bukaty/AP Photo) 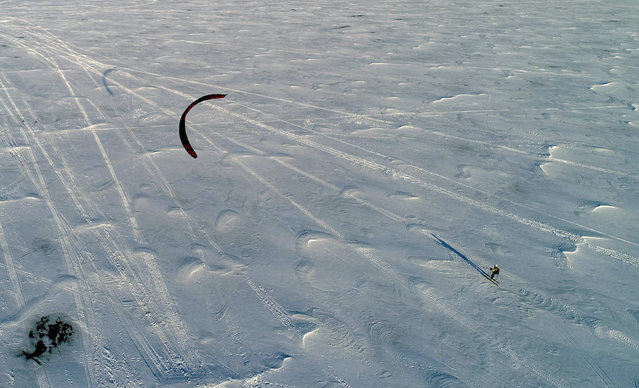 An aerial view shows a skier snowkiting on the frozen Yenisei River on a frosty winter day during sunset outside Krasnoyarsk, Russia February 3, 2018. (Photo by Ilya Naymushin/Reuters) 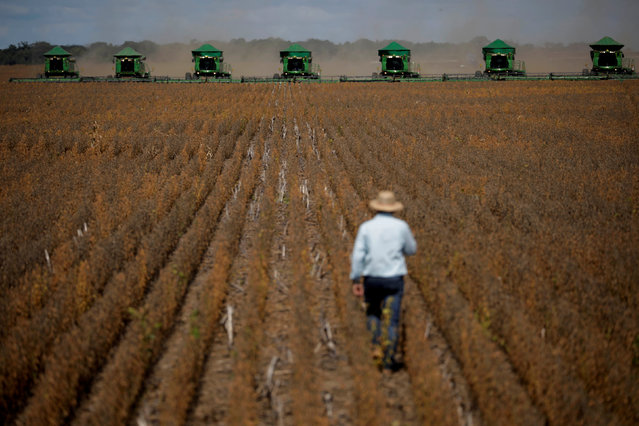 Harvesting machines can be seen working during the opening ceremony of the Grain Harvest in Caseara, Brazil February 15, 2018. (Photo by Ueslei Marcelino/Reuters) Jade holds a Tibetan singing bowl as she sits on a cliff overlooking the Dead Sea, near Metzoke Dragot in the Israeli occupied West Bank, February 20, 2018. (Photo by Ronen Zvulun/Reuters) 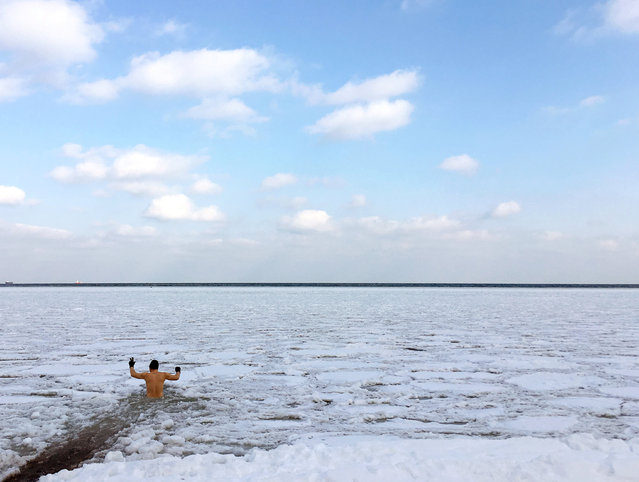 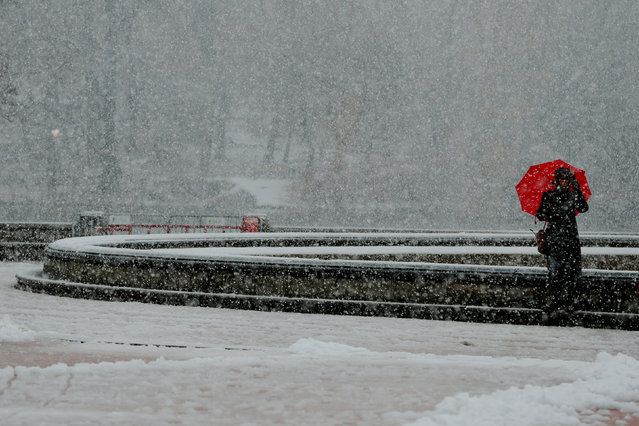 A pedestrian walks through Central Park during a snow storm in New York, U.S., March 7, 2018. (Photo by Lucas Jackson/Reuters) 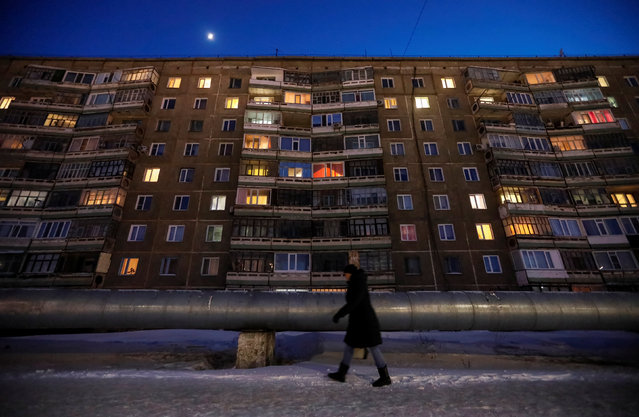 A woman walks past an apartment in the town of Aksu, north-eastern Kazakhstan, February 22, 2018. (Photo by Shamil Zhumatov/Reuters) 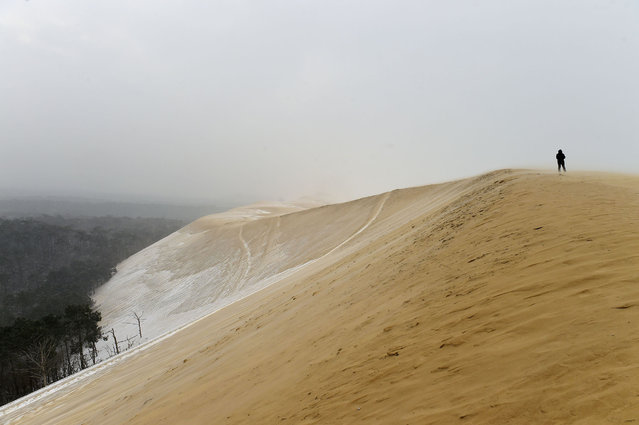 A man walks on the partially snow covered Pyla sand dune after snow fall on February 28, 2018 in La Teste-de-Buch, southwestern France. Europe remained on February 28 gripped by a blast of Siberian weather, accounting for at least 24 deaths and carpeting palm-lined Mediterranean beaches in snow. (Photo by Nicolas Tucat/AFP Photo) 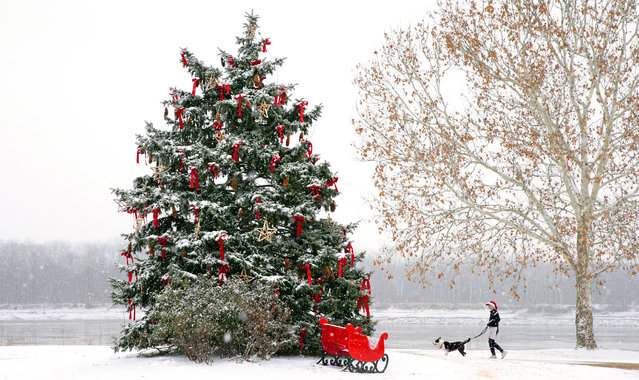 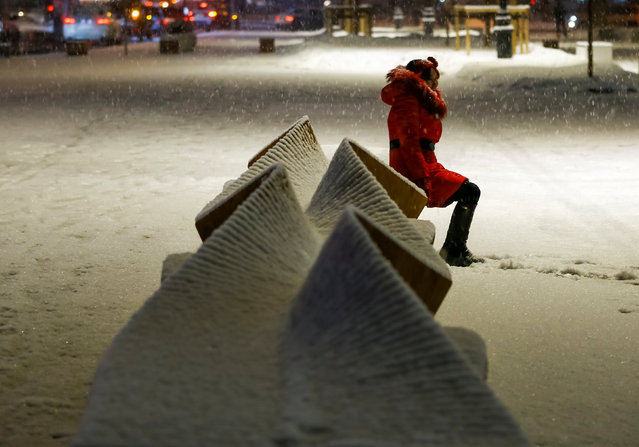 A woman sits on a bench as she poses for a picture during a snowfall in Almaty, Kazakhstan February 6, 2018. (Photo by Shamil Zhumatov/Reuters) 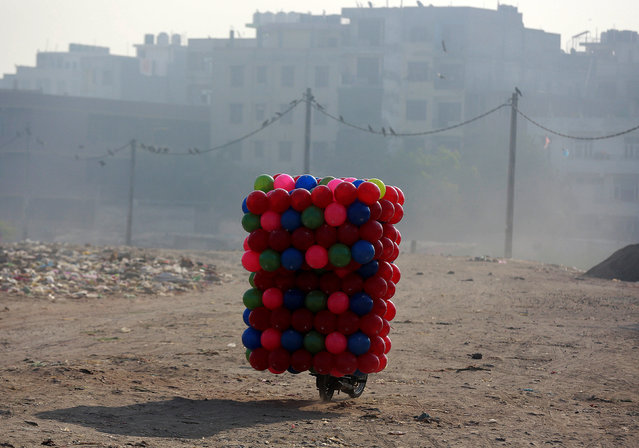