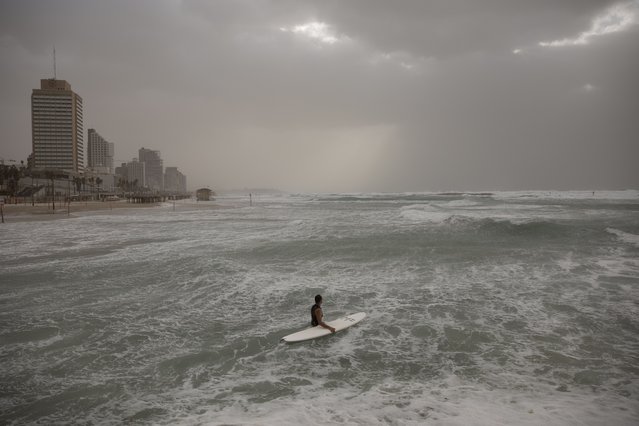 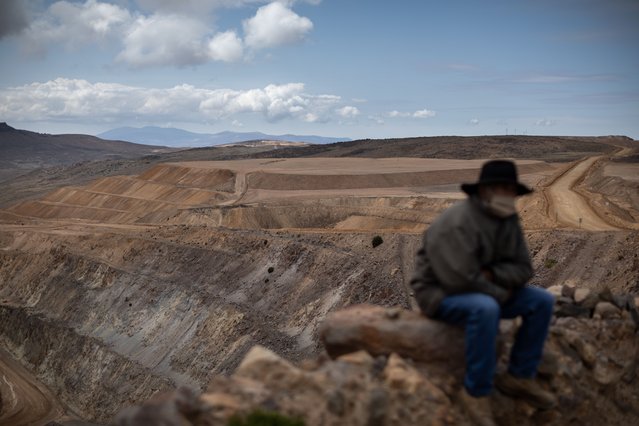 The Apumayo open pit gold mine in Chavina, Ayacucho, Peru, on Thursday, December 2, 2021. Activists want to shut mines they say pollute and desecrate, while Castillo's government is caught between its base and the economy. (Photo by Angela Ponce/Bloomberg via Getty Images) 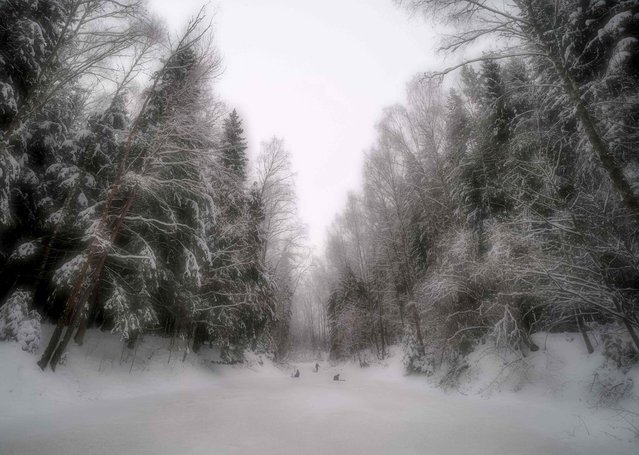 Children play on the ice of a frozen pond in the forest near the village of Troitskoye, outside Moscow, on December 12, 2021. (Photo by Yuri Kadobnov/AFP Photo) 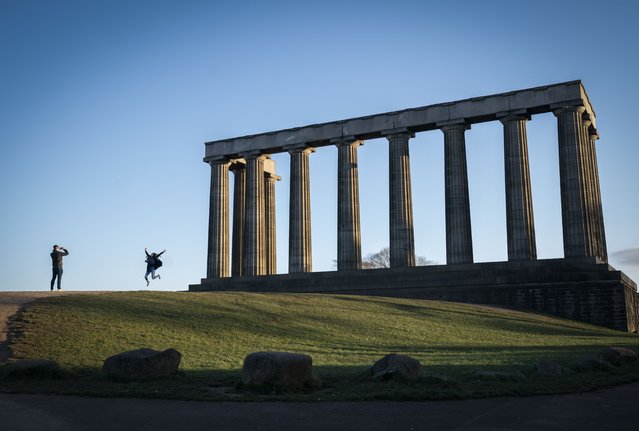 A couple take photographs alongside the National Monument on Calton Hill, Edinburgh on Wednesday January 5, 2022, ahead of First Minister Nicola Sturgeon's update to the Scottish Parliament on the Covid-19 situation as the Omicron variant sweeps across the country. (Photo by Jane Barlow/PA Images via Getty Images) 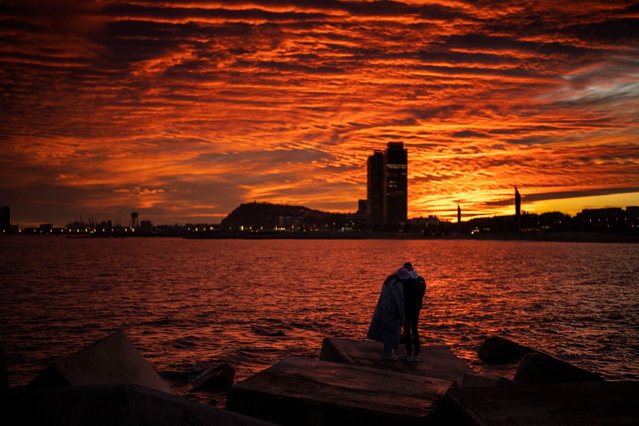 A couple watch as the sun sets from a breakwater in Barcelona, Spain, Saturday, January 8, 2022. (Photo by Emilio Morenatti/AP Photo) 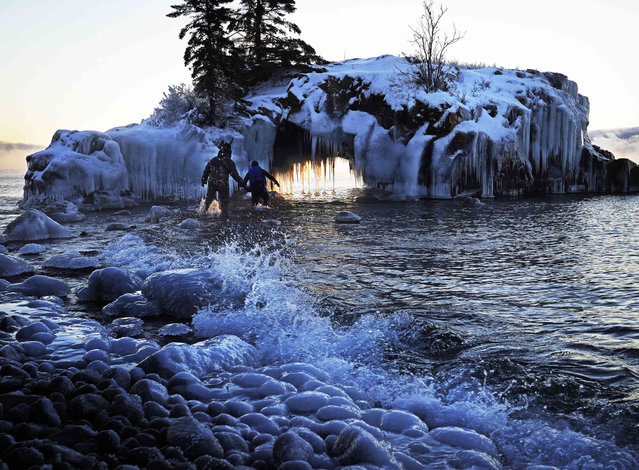 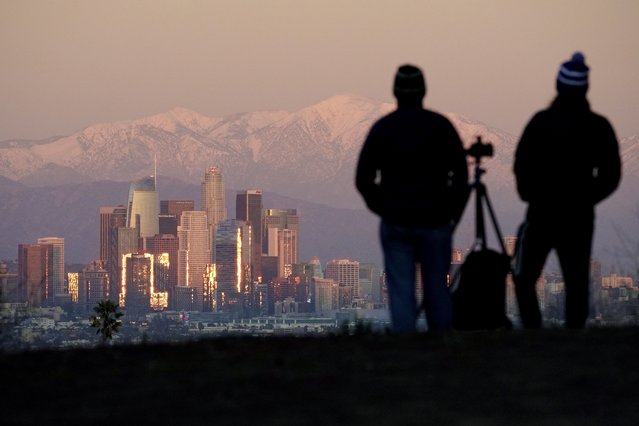 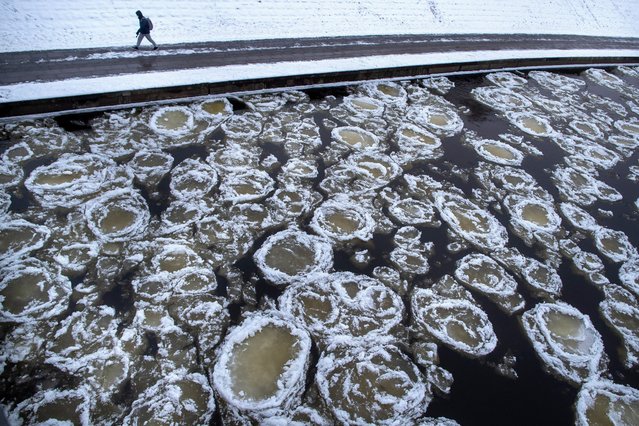 A pedestrian walks along the banks of the Neris river in Vilnius, Thursday, December 30, 2021. Residents of the Lithuanian capital are savoring the snowy and warm winter days, with temperatures of just minus 6 degrees Celsius (21.2 degrees Fahrenheit). (Photo by Mindaugas Kulbis/AP Photo) 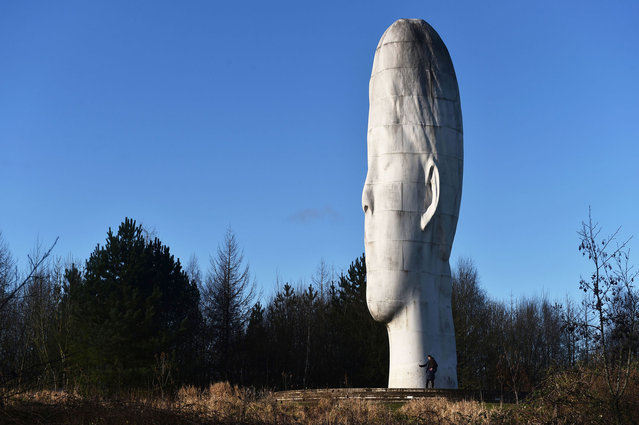 People visit The Dream Sculpture which has recently featured in Netflix’s thriller Stay Close on January 05, 2022 in St Helens, England. The 20 metre high sculpture of a young girl's face in a dream-like state, by French artist Jaume Plensa, was chosen in 2009 by a group of ex-miners who worked in the former colliery where it stands in Sutton Manor, St Helens. (Photo by Nathan Stirk/Getty Images) 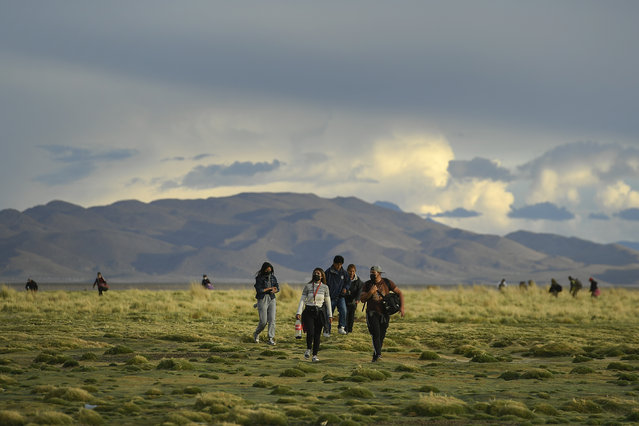 Migrants walks on the field after crossing into Chile from Bolivia, near Colchane, Chile, Thursday, December 9, 2021. (Photo by Matias Delacroix/AP Photo) 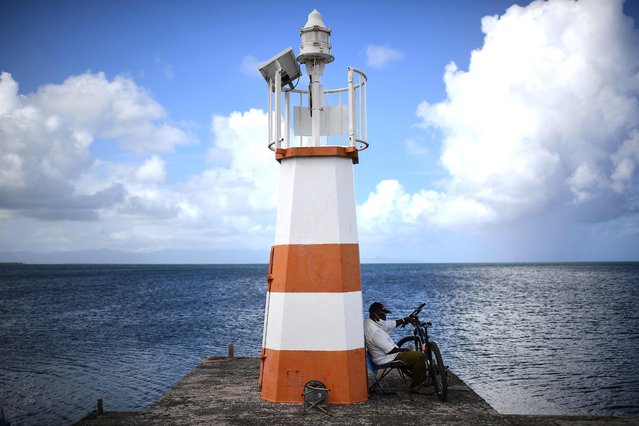 A man sits against a light-house with his bicycle in Petit-Canal on the French Caribbean island of Guadeloupe on December 16, 2021. (Photo by Christophe Archambault/AFP Photo) 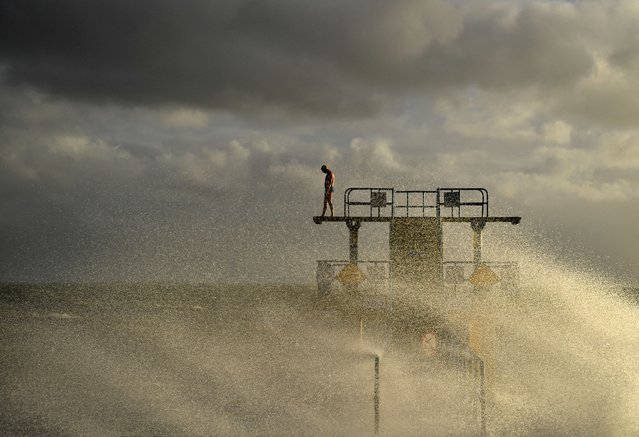 A man looks down from Blackrock diving tower before jumping in to participate in a traditional New Year's Day swim during severe wind, in Galway, Ireland, January 1, 2022. (Photo by Clodagh Kilcoyne/Reuters) 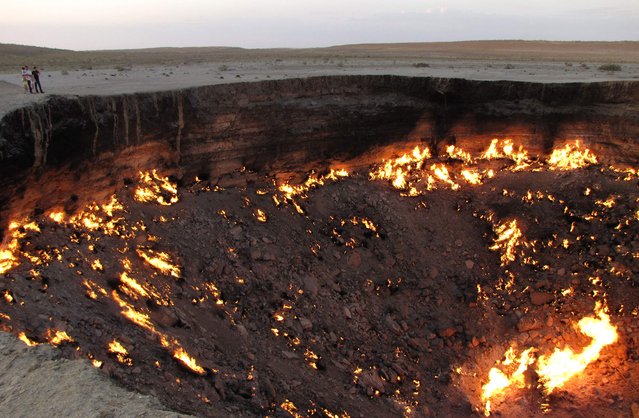 This file photo taken on June 11, 2014 shows people visiting “The Gateway to Hell”, a huge burning gas crater in the heart of Turkmenistan's Karakum desert. The president of authoritarian Turkmenistan gave orders to extinguish a flaming natural gas crater in the Central Asian country's desert – dubbed the “Door to Hell” – state TV said Saturday. The Darvaza gas crater, which has been burning for decades in the middle of the vast Karakum desert, has become one of the main tourist attractions in the secretive ex-Soviet country. (Photo by Igor Sasin/AFP Photo) 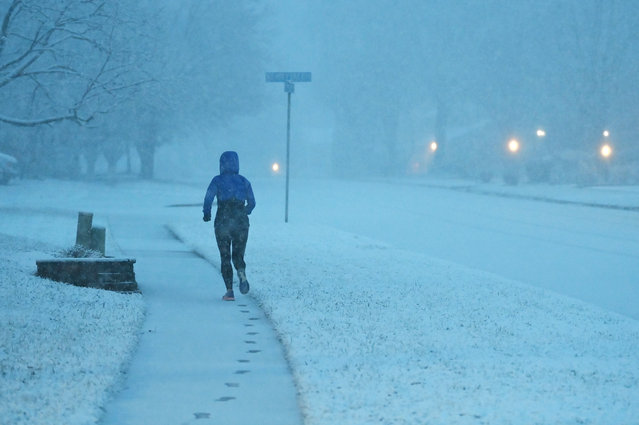