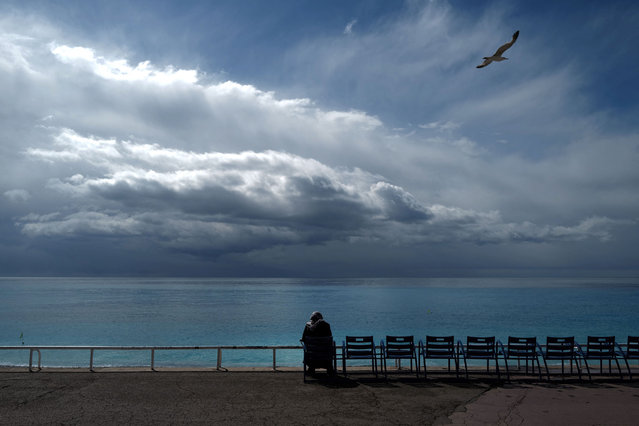 An inhabitant sits on one of the blue chairs facing the Mediterranean sea, on the “Promenade des Anglais”, in the French riviera city of Nice, on April 7, 2021 while the sky is clouding over. (Photo by Valery Hache/AFP Photo) 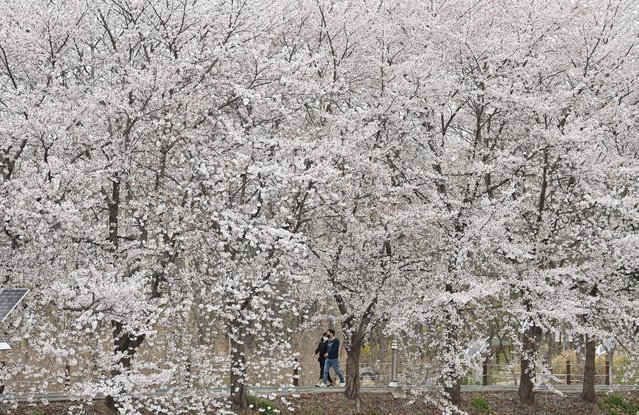 A couple walk under cherry blossoms in full bloom at a park in Seoul on April 2, 2021. (Photo by Jung Yeon-je/AFP Photo) 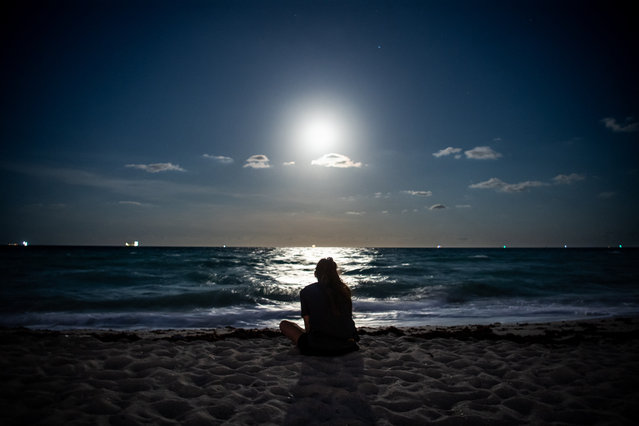 A Super Pink Full Moon lights up the sky as people relax on the beach in Miami Beach on April 26, 2021. (Photo by Chandan Khanna/AFP Photo) 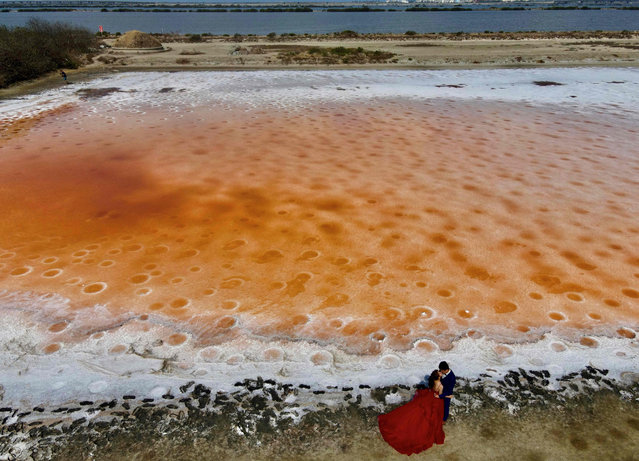 An aerial view shows a wedding couple kissing as they pose for photographs next to a pink coloured salt field, caused by no rain, in Tainan, Taiwan on April 21, 2021. (Photo by Sam Yeh/AFP Photo) 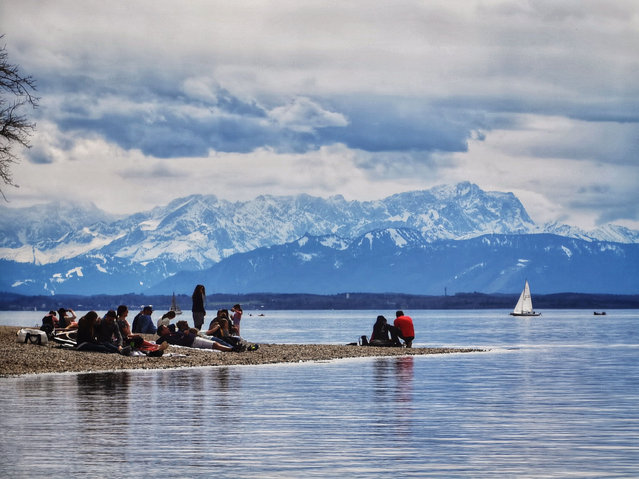 The scene at Lake Starnberg in Bavaria, Germany on April 11, 2021, days before the federal government is expected to put a radical Covid-19 lockdown in place. (Photo by Sachelle Babbar/ZUMA Wire/Rex Features/Shutterstock) 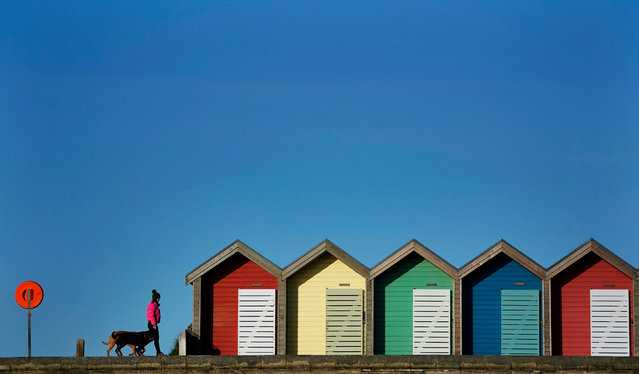 A woman walks her dog past beach huts at Blyth beach in Northumberland in the cold on Wednesday, April 7, 2021. (Photo by Owen Humphreys/PA Images via Getty Images) 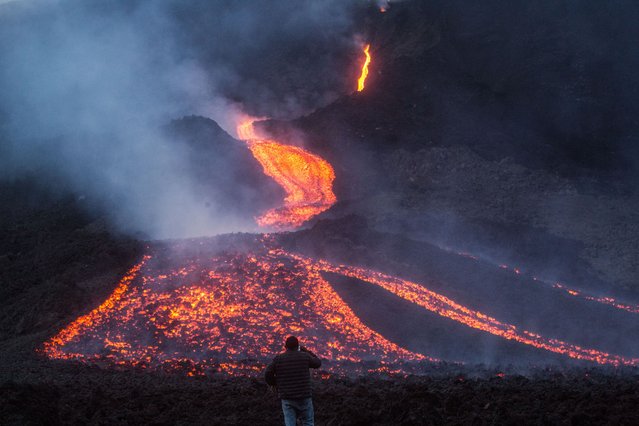 A person watches lava flowing down the Pacaya volcano, in San Vicente Pacaya, Guatemala, 05 May 2021. A lava river created by a new fissure in the cone of the Pacaya volcano put the nearby population on alert. According to the Guatemalan Coordinating Agency for Disaster Reduction (CONRED), the new lava flow, of around two kilometers in length, was maintaining its west-bound slow path. Catholic residents of the village of El Patrocinio have been making a pilgrimage every Wednesday for the past seven weeks to pray for the lava not to reach the nearby towns. (Photo by Esteban Biba/EPA/EFE) 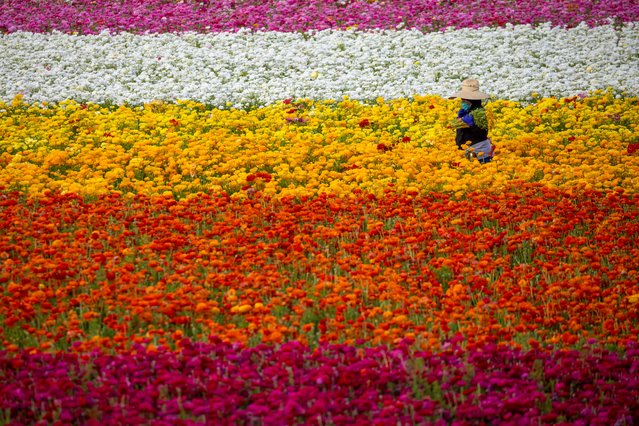 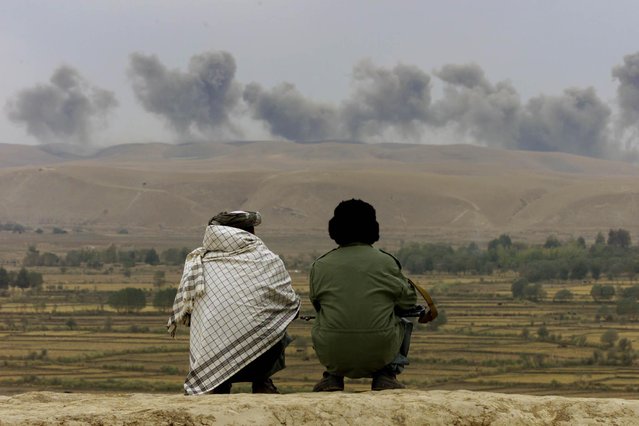 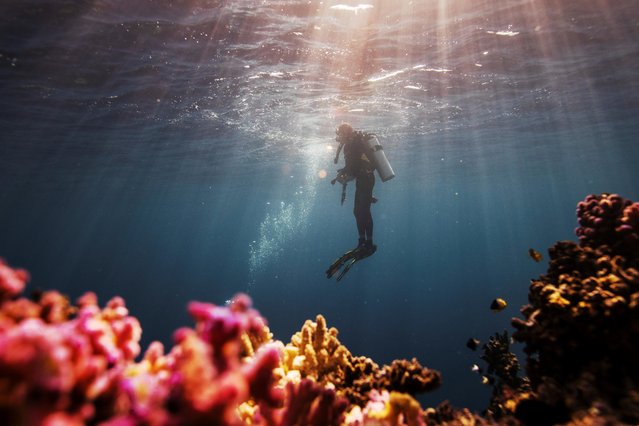 Researcher Michelle Havlik of Australia retrieves a piece of equipment as she dives during a research trip in the Red Sea offshore of the King Abdullah University of Science and Technology (KAUST) near the city of Jeddah, Saudi Arabia, December 15, 2019. (Photo by Lucas Jackson/Reuters) 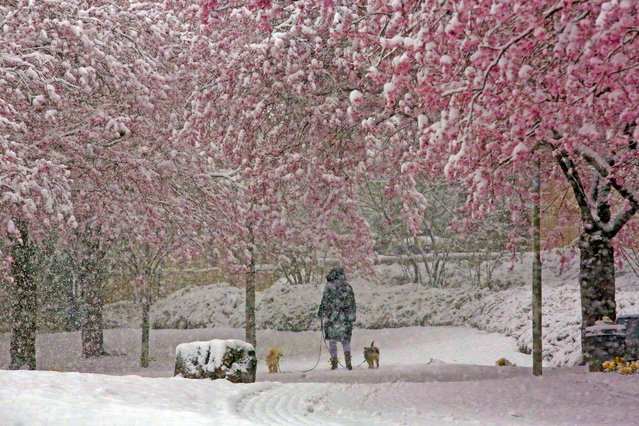 The snow covers cherry blossoms in Siegen, a city east of Cologne, Germany on Tuesday, April 6, 2021. (Photo by René Traut/Imago) 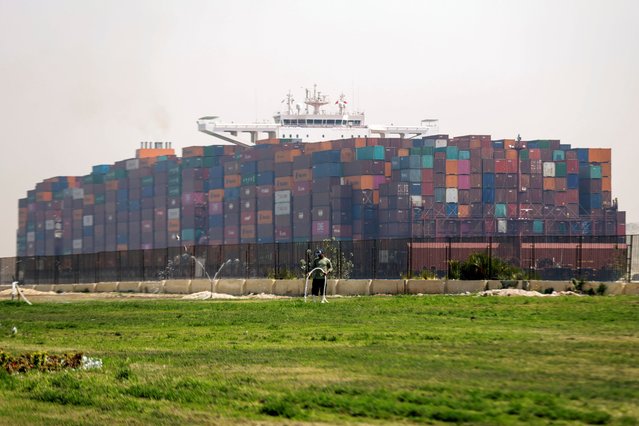 A ship is seen after sailing through Suez Canal, in Ismailia, Egypt on April 6, 2021. (Photo by Mohamed Abd El Ghany/Reuters) 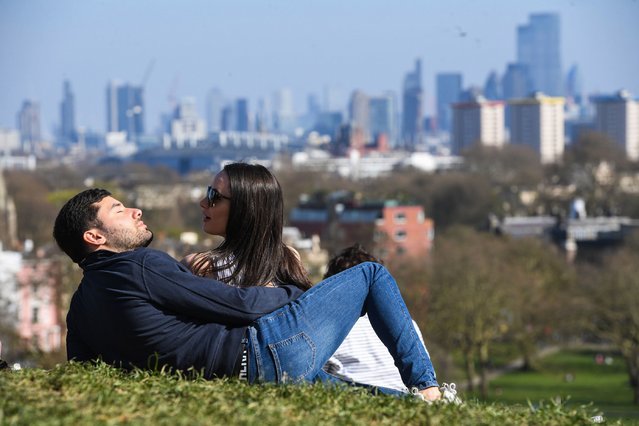 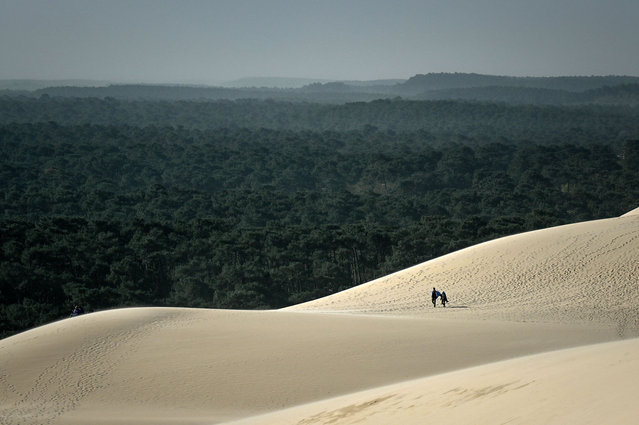 People enjoy a sunny day atop Europe's tallest sand dune called “Dune du Pilat” in La Teste-de-Buch, near the Arcachon Bay on April 3, 2021, as nationwide partial lockdown measures aimed at curbing the Covid-19 pandemic start today. New restrictions come into force on April 3, 2021 in France, where authorities are scrambling to deal with a dramatic rise in cases that has overwhelmed hospitals. (Photo by Philippe Lopez/AFP Photo) 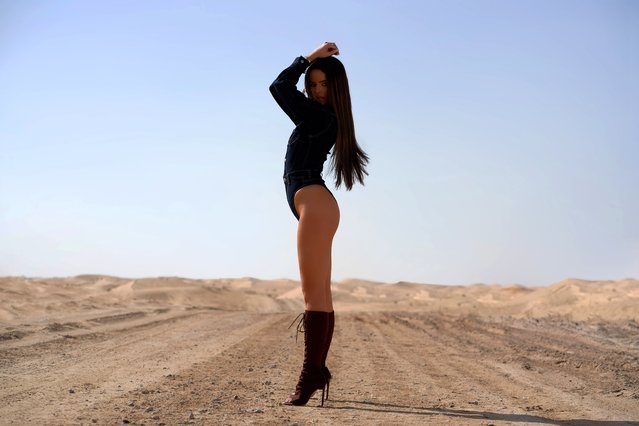 UK Love Island’s star Maura Higgins, 30, stuns as she poses in revealing outfits in her latest photoshoot with brand Ego in Dubai, United Arab Emirates in April 2021. (Photo by EGO) 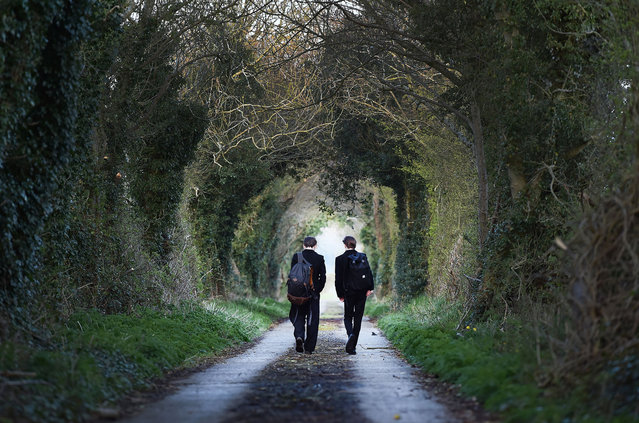 Brothers Cal and Sean McQuillan (the photographer's sons) make their way to the school bus stop as they return to school for the first time since the December 2020 lockdown on April 12, 2021 in Templepatrick, Northern Ireland. All school ages in the province return today along with the reopening of garden centres and a gradual easing of restrictions which includes allowing ten people from two households to meet in outdoor settings. The Northern Ireland assembly will meet later this week to discuss dates for the reopening of pubs, hairdressers and hotels. (Photo by Charles McQuillan/Getty Images)
Edit Del
21 May 2021 09:55:00, post received 0 comments
Publication archive:
←   →
Popular tags:
All tags
Last searches: