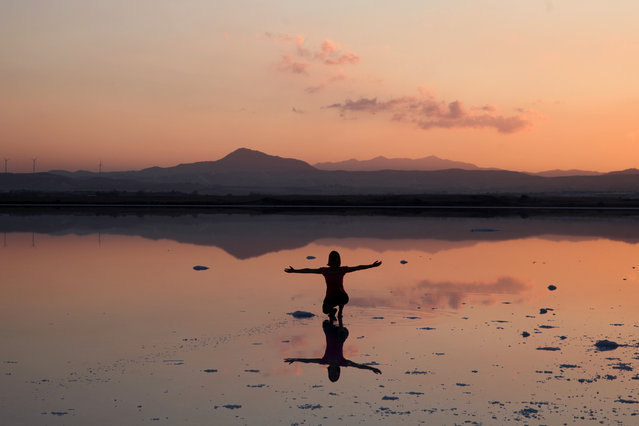 A tourist poses for a photo during the sunset at a salt lake in Larnaca, Cyprus June 19, 2017. (Photo by Yiannis Kourtoglou/Reuters) 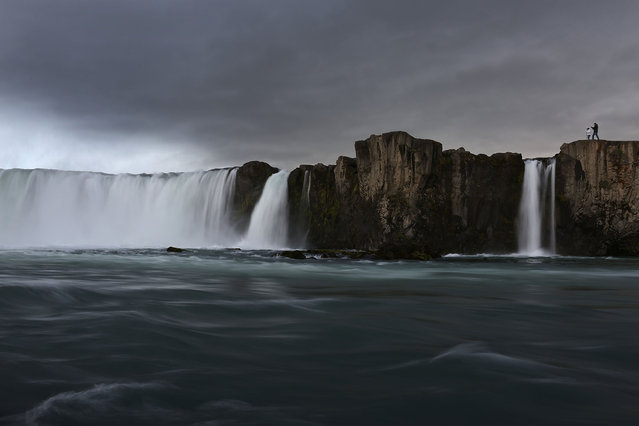 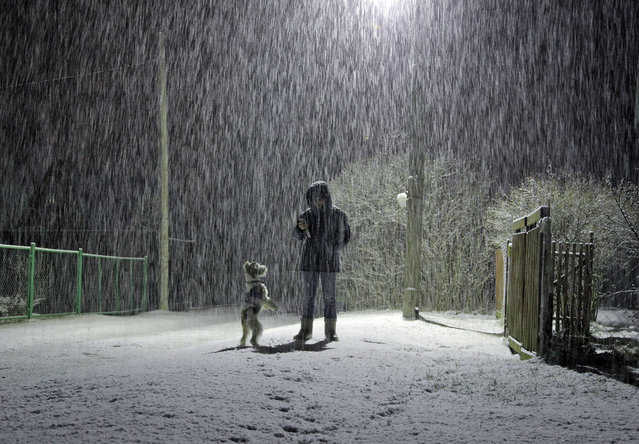 Snow falls as a woman walks her dog in the village of Podolye, 70 kilometers (43 miles) east of St. Petersburg, Russia, early Thursday, May 11, 2017. North winds brought snow to the east of the St. Petersburg region. (Photo by Dmitri Lovetsky/AP Photo) 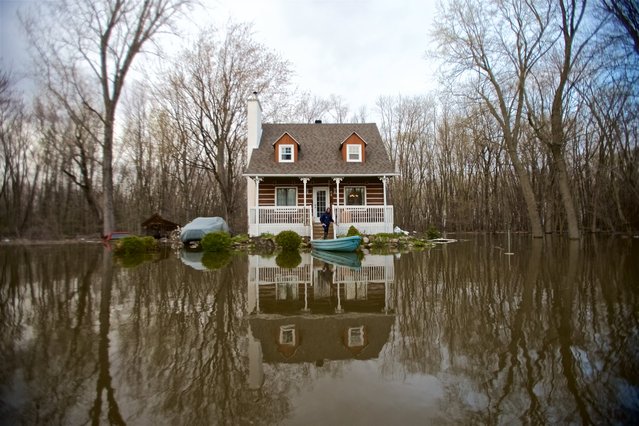 A house is surrounded by floodwaters in Pointe-Calumet, Quebec, on May 8. 2017. According to reports, floodwaters, resulting from heavy rains in the previous days, created more than 1,500 evacuees and affected some 2,500 homes and 427 roads, prompting the states of emergency across the province. Some 1,650 soldiers have been deployed to help flood-hit communities. (Photo by Valerie Blum/EPA) 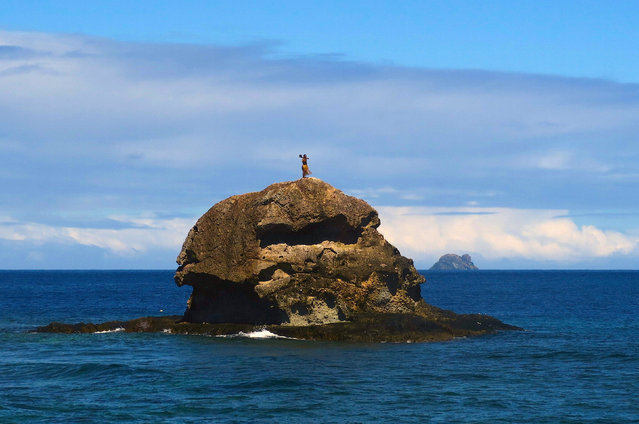 A man dressed as a traditional Fijian warrior stands atop a rock as tourists arrive by ferry on Barefoot Kuata Island, located in the Yasawa Islands that are part of the South Pacific nation of Fiji, May 15, 2017. (Photo by David Gray/Reuters) 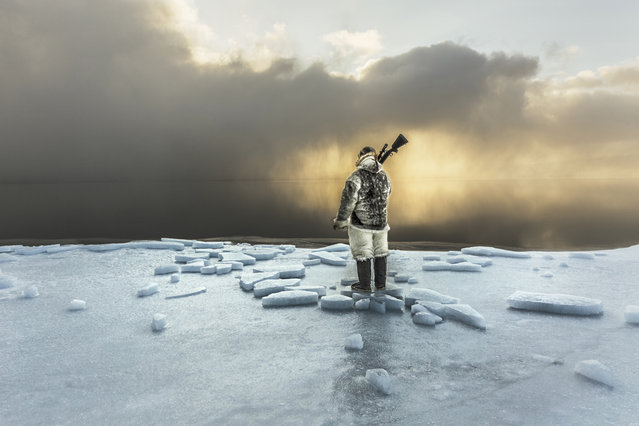 Naimanngitsoq Kristiansen keeps watch at the edge of the sea ice, waiting for harp seals or walrus to come near. Northern Greenland, 2015. (Photo by Cristina Mittermeier) 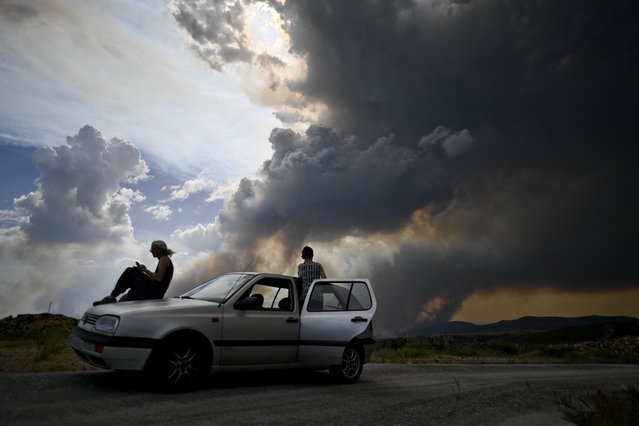 Some people watch the columns of smoke rising from a wildfire in Gois, Coimbra district, on June 20, 2017. The huge forest fire that erupted on June 17, 2017 in central Portugal killed at least 64 people and injured 135 more, with many trapped in their cars by the flames. (Photo by Patricia De Melo Moreira/AFP Photo) 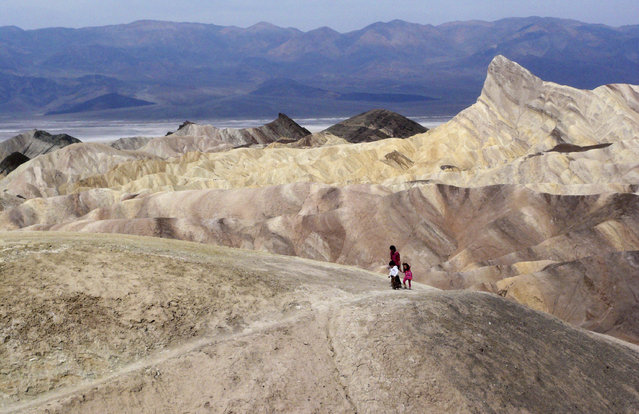 In this April 11,2010 file photo, tourists walk along a ridge at Death Valley National Park, Calif. Death Valley National Park is expected to reach its first 120-degree day of the year on Sunday, June 18, 2017, and temperatures could creep toward 124 by Tuesday as the sweltering system envelopes much of the region. (Photo by Brian Melley/AP Photo) 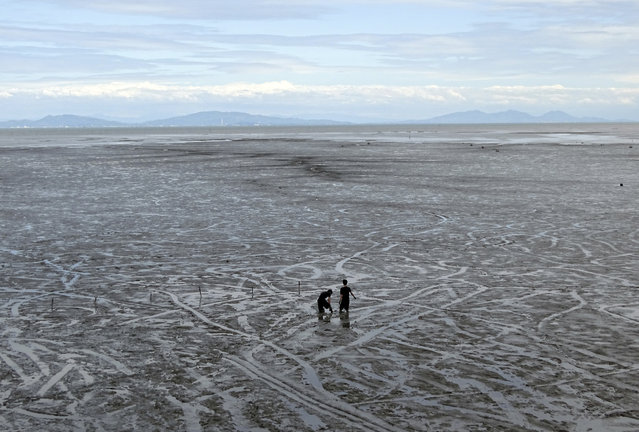 Visitors play in the tidal mudflats of Tideland on the Ariake sea in Kashima, Saga Prefecture, southwestern Japan Friday, May 5, 2017. (Photo by Eugene Hoshiko/AP Photo) 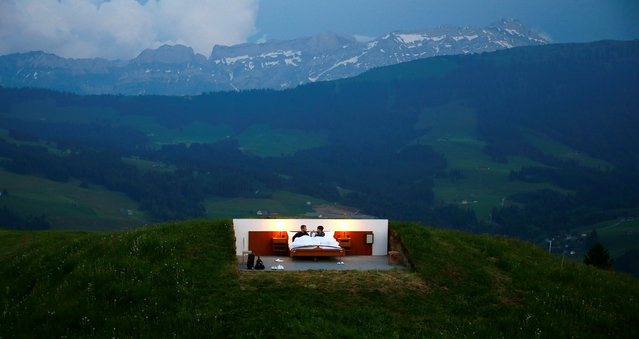 Raphael and Mirjam (R) pose as first guests in the bedroom of the Null-Stern-Hotel (Zero-star-hotel) land art installation by Swiss artists Frank and Patrik Riklin on an alp mount Saentis near Gonten, Switzerland June 1, 2017. Guests can order overnight stays in the Null-Stern-hotelroom with no walls and roof located on some 1,200 metres (3,937 ft) altitude in the eastern Swiss Alps. (Photo by Arnd Wiegmann/Reuters) 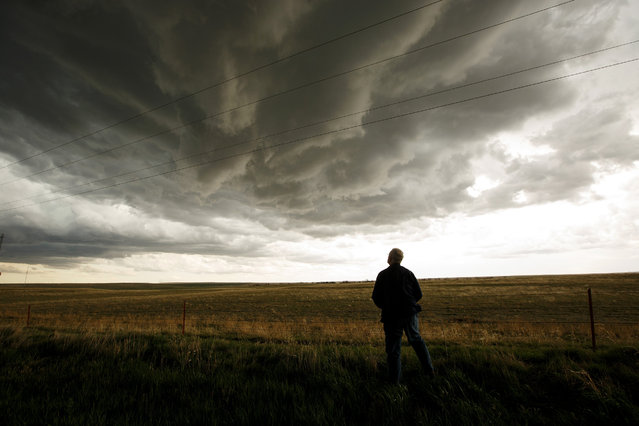 Tim Marshall, a 40 year veteran of storm chasing, monitors a supercell thunderstorm during a tornado research mission, May 8, 2017 in Elbert County near Agate, Colorado. With funding from the National Science Foundation and other government grants, scientists and meteorologists from the Center for Severe Weather Research try to get close to supercell storms and tornadoes trying to better understand tornado structure and strength, how low-level winds affect and damage buildings, and to learn more about tornado formation and prediction. (Photo by Drew Angerer/Getty Images)
Edit Del
21 Jun 2017 08:07:00, post received 0 comments
Publication archive:
←   →
Popular tags:
All tags
Last searches: