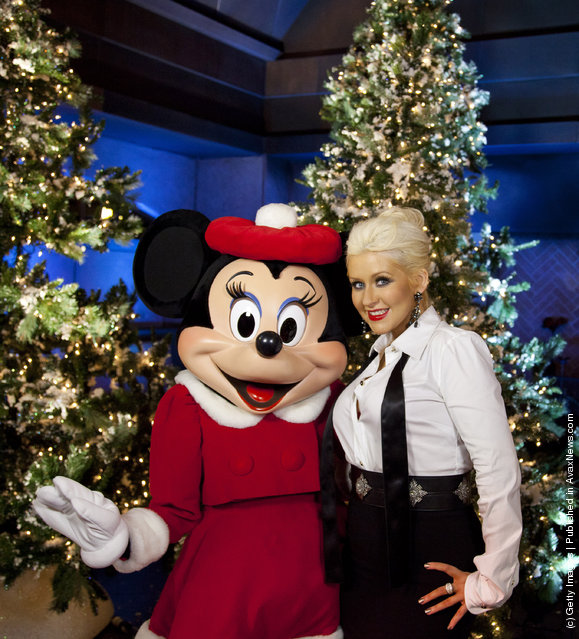 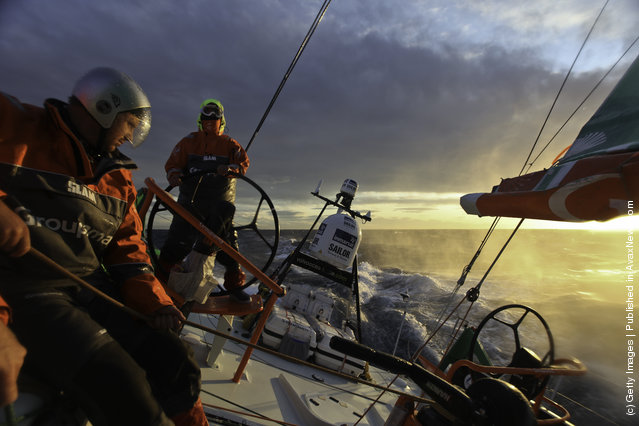 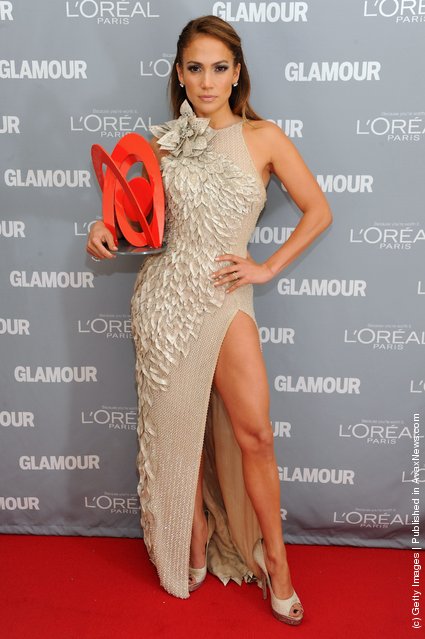 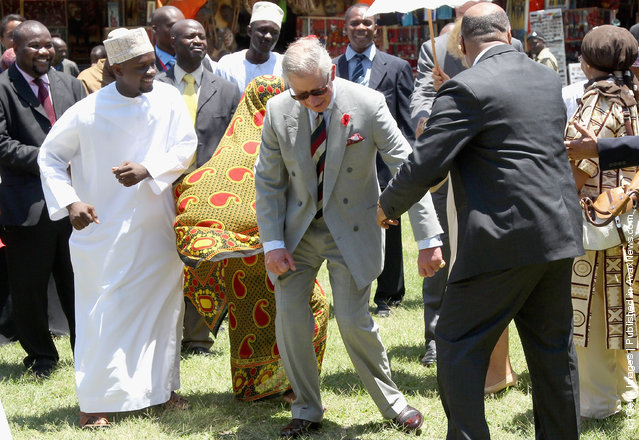 Camilla, Duchess of Cornwall and Prince Charles, Prince of Wales take part in a chapauringe dance in Stone Town Old Fort on November 8, 2011 in Zanzibar, Tanzania. The Prince of Wales and the Duchess of Cornwall are on a four day tour of Tanzania after a successful trip to South Africa. The Royal couple will be highlighting environmental and social issues during their visit to Africa. (Photo by Chris Jackson/Getty Images) 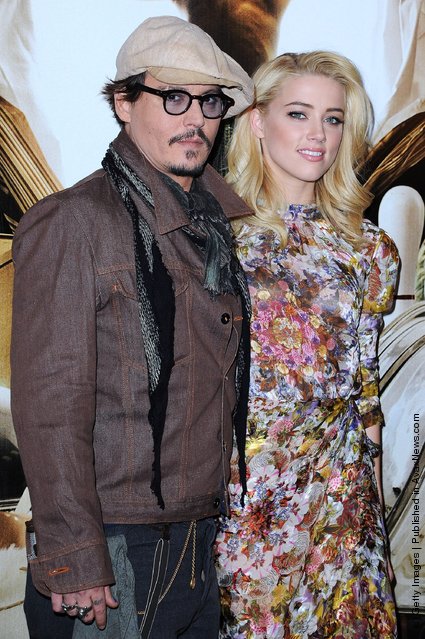 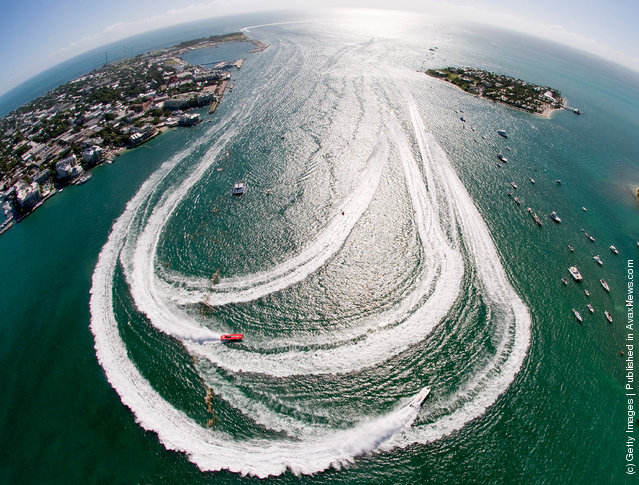 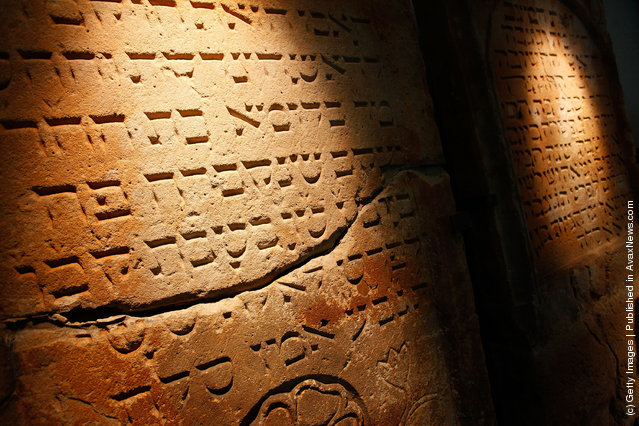 Historic gravestones are pictured in a museum next to the old men's synagoge on November 9, 2011 in Speyer, Germany. Jews first settled in Speyer in the 11th century and by the Middle Ages Speyer was among the most important centers of Jewish life in central Europe. The Nazis burned its synagogue in the infamous Kristallnacht pogroms of 1938 and by 1945 only one Jew remained in Speyer. The Jewish community began to revitalize in 1996 with the influx of Jews from the former Soviet Union. (Photo by Ralph Orlowski/Getty Images) 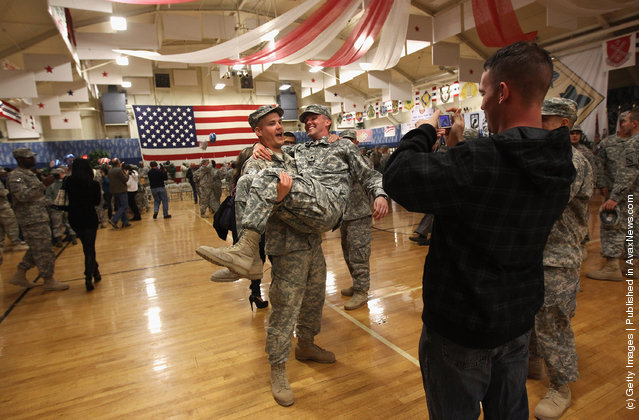 U.S. Army soldiers pose for a photo at a welcome home ceremony for troops returning from Iraq on November 10, 2011 in Fort Carson, Colorado. More than 100 soldiers from the 549th Quartermaster Company, 43rd Sustainment Brigade returned after a seven-month deployment. They played a key role in removing excess equipment from Iraq as other troops withdrew from the region. (Photo by John Moore/Getty Images) 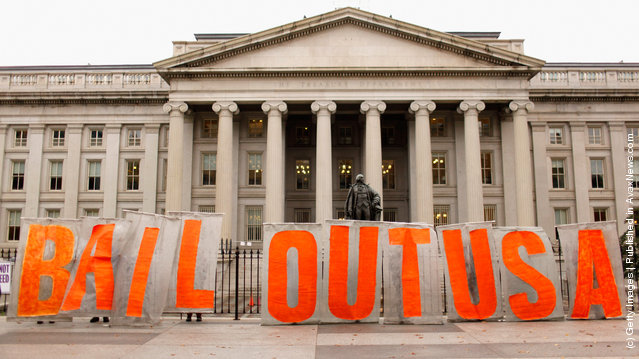 Occupy Washington D.C. demonstrators stop outside the Treasury Department while marching to the Federal Housing Finance Agency (FHFA) November 10, 2011 in Washington, DC. About 25 demonstrators marched to the offices of the FHFA to demand they do more to help homeowners who are “underwater”. According to the real estate website Zillow, 28.6 percent of homeowners with mortgages owe more on their loans than their homes could sell for. (Photo by Chip Somodevilla/Getty Images) 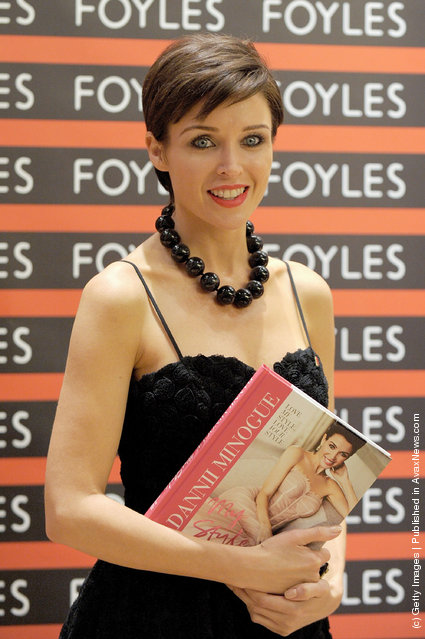 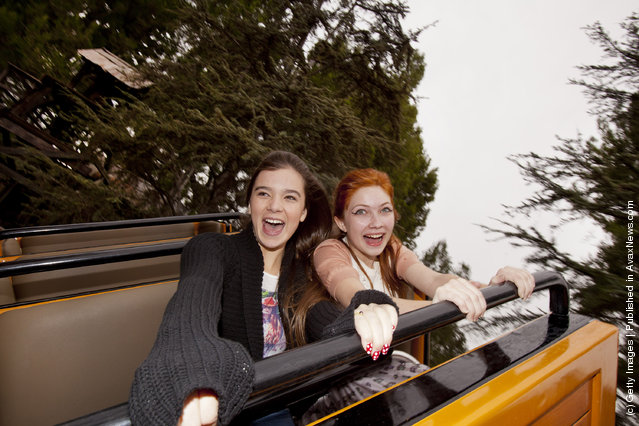 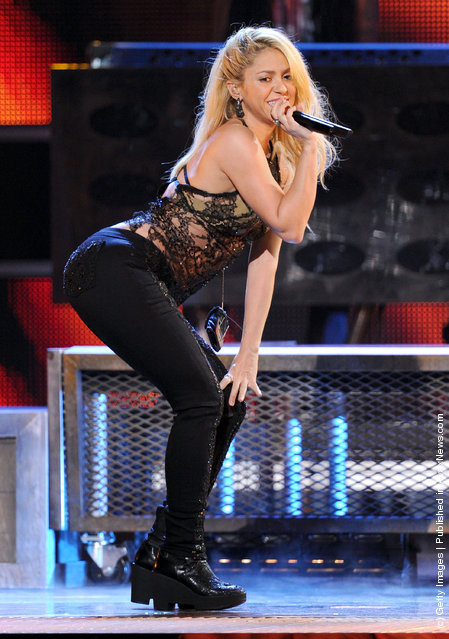 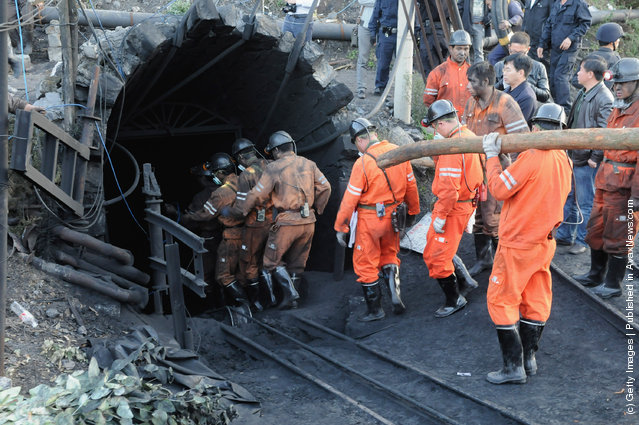 Rescuers prepare to enter the Sizhuang Coal Mine to rescue trapped miners on November 10, 2011 in Shizong County, Yunnan Province of China. 20 people have been killed after a gas leak accident in the coal mine that occured at 6:30 a.m. local time. 23 workers are still trapped underground. (Photo by ChinaFotoPress/Getty Images)
Edit Del
13 Nov 2011 14:18:00, post received 0 comments
Publication archive:
←   →
Popular tags:
All tags
Last searches: