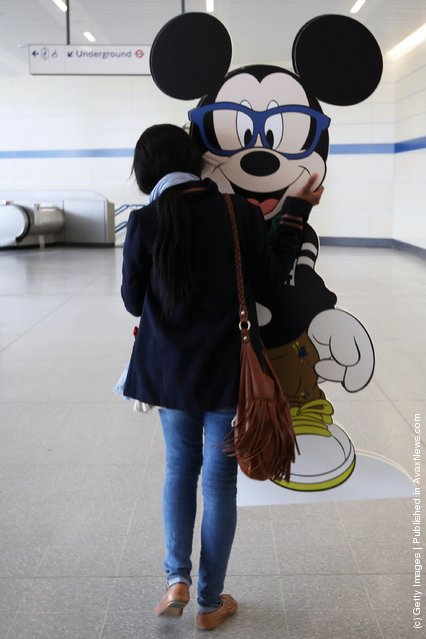 A woman carries a cardboard cut-out of Micky Mouse into Stratford Underground station on March 5, 2012 in London, England. London's underground rail system, commonly called the tube, is the oldest of its kind in the world dating back to 1890. It carries approximately a quarter of a million people around its network every day along its 249 miles of track and 270 stations. The network has undergone several years of upgrade work and refurbishment in preparation for the Olympic Games which take place this summer. During this time the tube is expected to carry millions of visitors to and from the Olympic Parks. (Photo by Dan Kitwood/Getty Images) 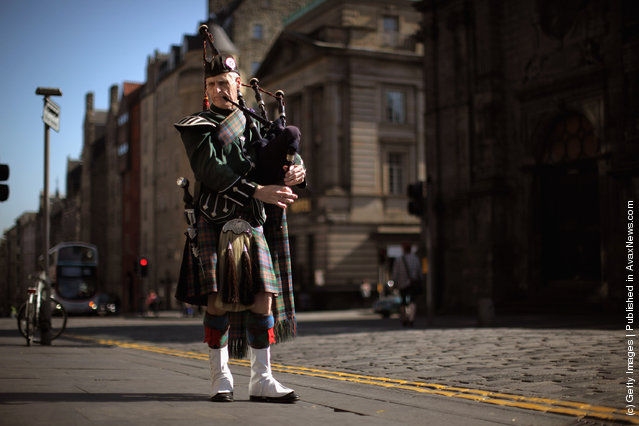 A piper plays on the Royal Mile on March 27, 2012 in Edinburgh, Scotland. A favourite with visitors and one of the busiest streets in the city, the Royal Mile runs from Edinburgh Castle at the top down to Holyrood Palace at the foot. (Photo by Jeff J. Mitchell/Getty Images) 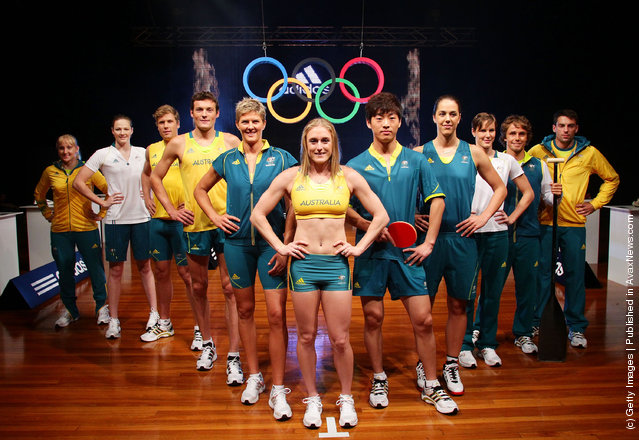 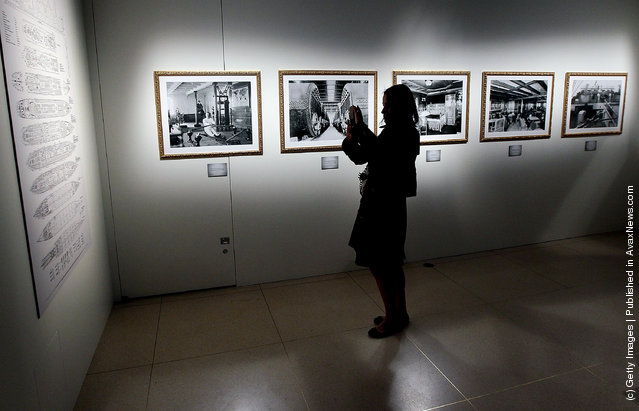 Members of the press view exhibits during a media preview of a new exhibit “Titanic: 100 Year Obsession”, at the National Geographic Museum which highlights the history of the Titanic and its sinking in the year 1912 March 28, 2012 in Washington, DC. The exhibition opens to the public March 29 and runs through July 8, 2012. (Photo by Win McNamee/Getty Images) 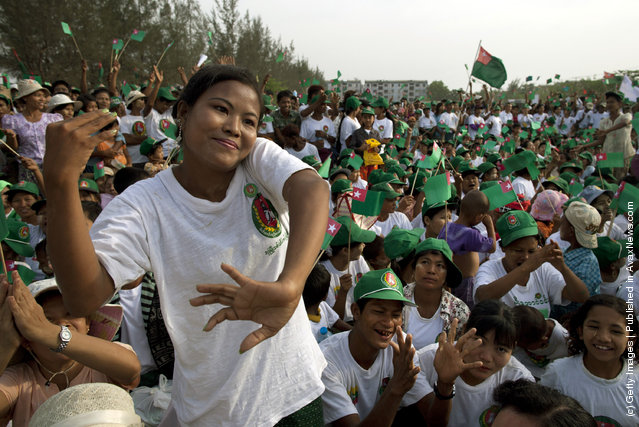 Burmese cheer at a rally with the government sponsored Union Solidarity and Development Party (USDP) by former military general, and General Secretary U Htay Oo ahead of the parliamentary elections March 28, 2012 in Yuzana, Myanmar. Political parties watching Burma's elections this year are complaining that the party headed by Burma's prime minister Thein Sein, was given a head-start in campaigning, thus hindering the efforts of other parties. Democracy icon Aung San Suu Kyi has fallen ill while campaigning for Myanmar's upcoming by-elections and has currently suspended her tour days ahead of the polls according to medical advice. (Photo by Paula Bronstein/Getty Images) 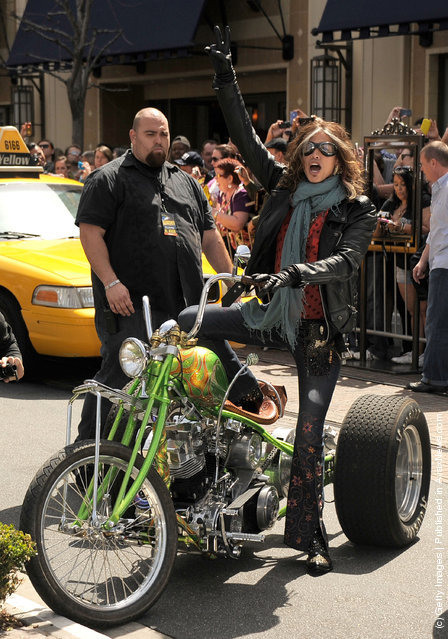 Musician Steven Tyler of Aerosmith arrives at the bands announcement of their “The Global Warming” Tour at The Grove on March 28, 2012 in Los Angeles, California. (Photo by Frazer Harrison/Getty Images) 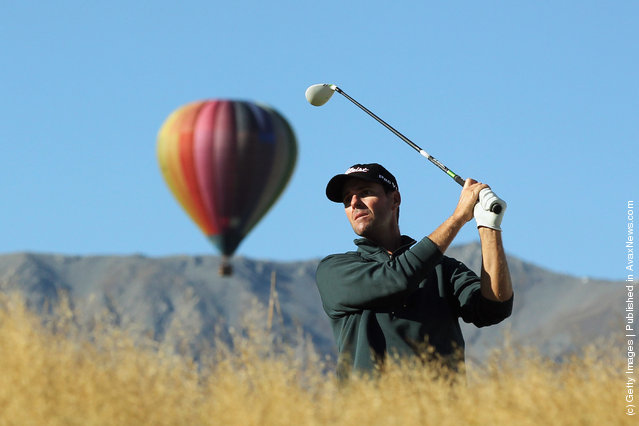 Daniel Fox of Australia tees off on day one of the New Zealand PGA Pro-Am at The Hills Golf Club on March 29, 2012 in Queenstown, New Zealand. (Photo by Hannah Johnston/Getty Images) 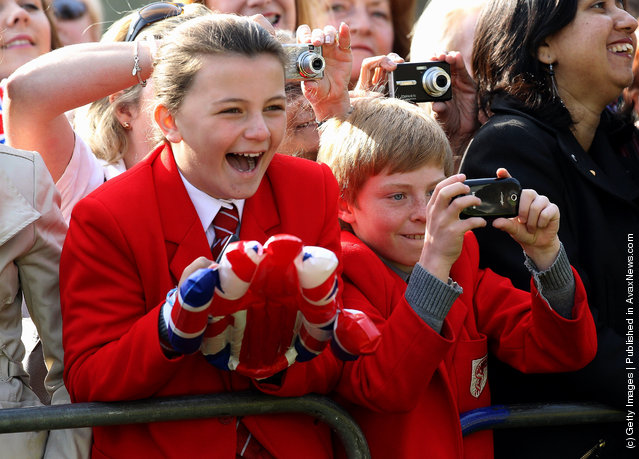 School children take photographs as Queen Elizabeth II arrives in Valentine's Park Redbridge as part of her Diamond Jubilee tour of the UK on March 29, 2012 in London, England. (Photo by Chris Jackson/Getty Images) 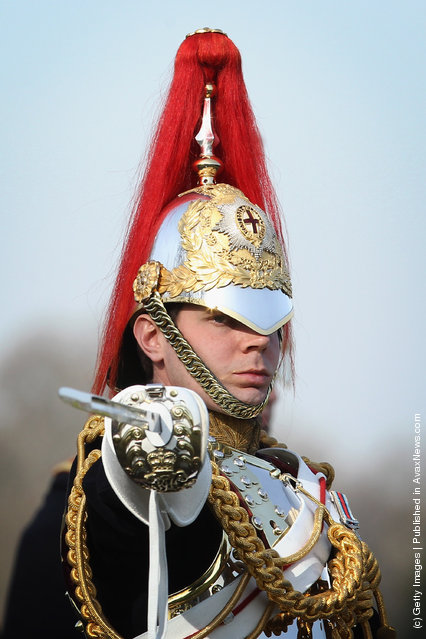 A member of the Household Cavalry parades at the “Major General's Review” in Hyde Park on March 29, 2012 in London, England. Major General George Norton, who commands the Household Division determines whether the Household Cavalry is fit to perform their ceremonial duties for the summer, which this year includes the Olympics, the Queen's Diamond Jubilee, Trooping the Colour and the State Opening of Parliament. (Photo by Dan Kitwood/Getty Images) 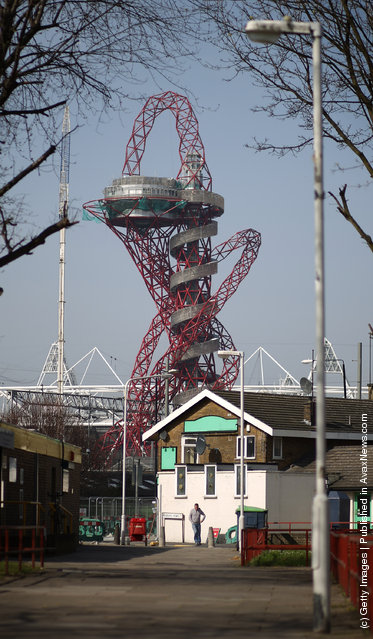 The ArcelorMittal Orbit viewing platform and the main Olympic Stadium, which are visible to residents on the Carpenters Housing Estate near Stratford on March 29, 2012 in London, England. The London 2012 Olympics will commence on July 27, 2012. (Photo by Peter Macdiarmid/Getty Images) 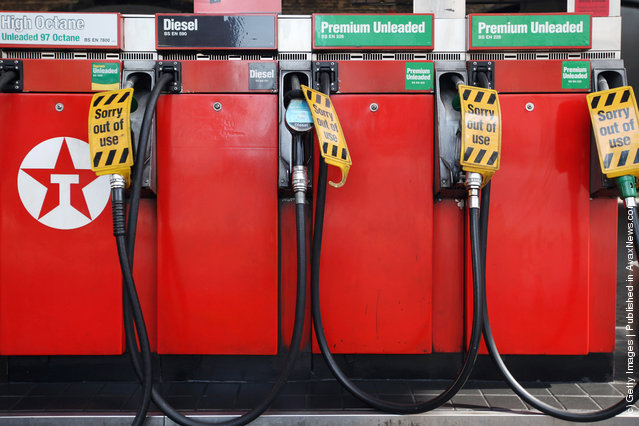 Signs show closed pumps at a petrol station near Vauxhall on March 29, 2012 in London, England. Government ministers appear to have caused sporadic panic buying of fuel after suggesting that motorists should store petrol in jerry cans at home. Tanker divers have announced that they will strike over pay and conditions, although they have not yet given a date. (Photo by Dan Kitwood/Getty Images) 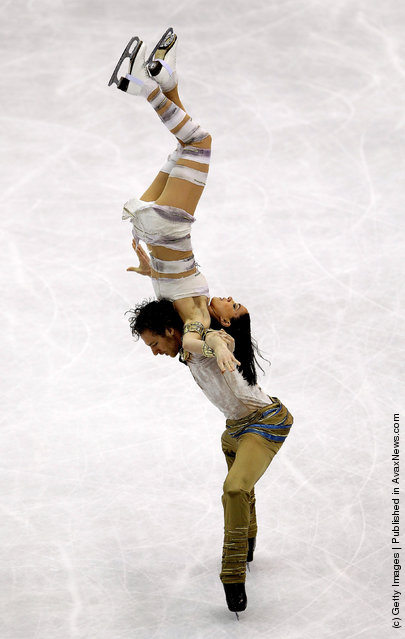 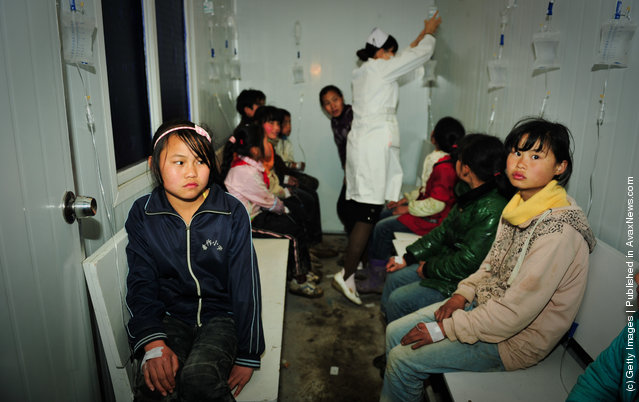 Students receive treatments at a local hospital on March 29, 2012 in Zhijin County, Guizhou Province of China. About 70 students from a primary school in Babu town were sickened after having breakfast at school, according to local health authorities. (Photo by ChinaFotoPress/ChinaFotoPress via Getty Images) 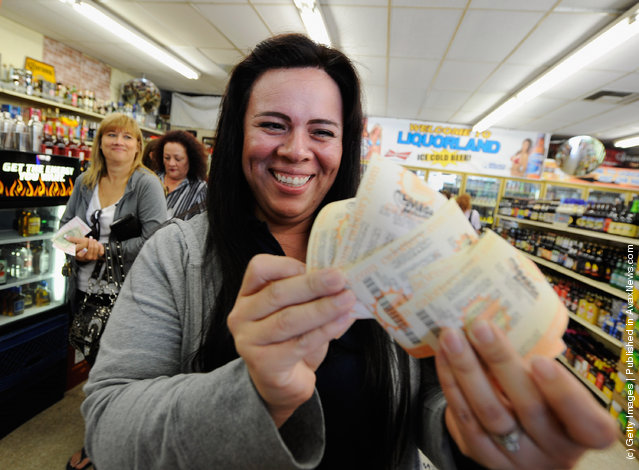 Victoria Vazquez displays $280 worth of Mega Millions lottery tickets for her office pool that she purchased at Liquorland on March 30, 2012 in Covina, California The Mega Millions jackpot has reached a high of $640 million before the drawing tonight. (Photo by Kevork Djansezian/Getty Images) 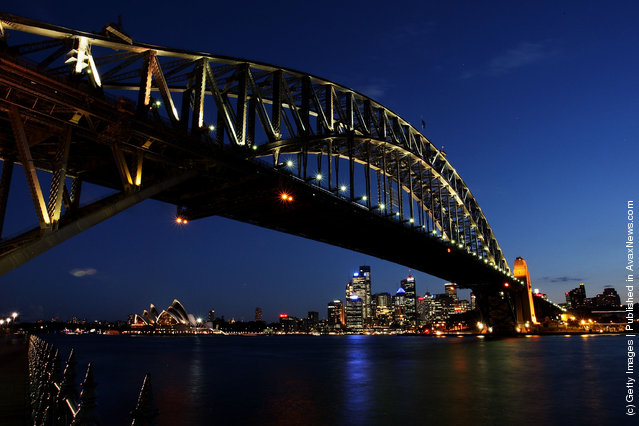 The Sydney Harbour Bridge is seen before the lights are switched off for Earth Hour on March 30, 2012 in Sydney, Australia. Earth Hour encourages individuals around the world to turn off their lights for one hour at 20:30 local time on March 31, 2012 to take a stand against climate change. (Photo by Lisa Maree Williams/Getty Images)
Edit Del
31 Mar 2012 09:38:00, post received 0 comments
Publication archive:
←   →
Popular tags:
All tags
Last searches: