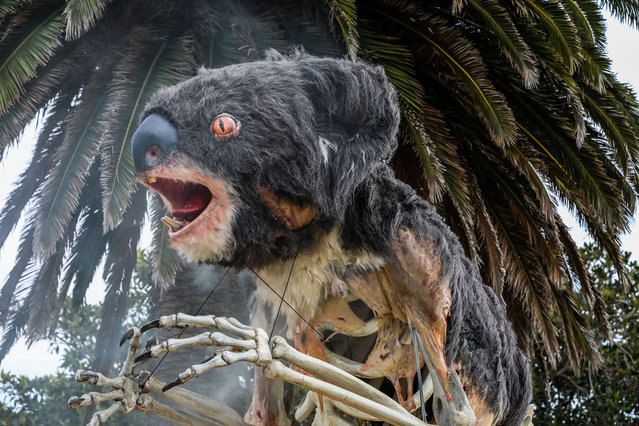 A large puppet of a burning Koala is seen used by extinction rebellion protestors as they conducted a mock funeral on November 06, 2021 in Melbourne, Australia. Protests across Australia were organised as part of a global day of action demanding world leaders act decisively on climate to prevent catastrophic global warming. (Photo by Asanka Ratnayake/Getty Images) 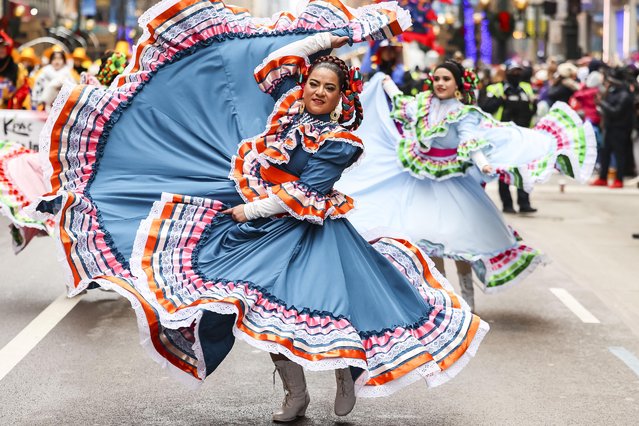 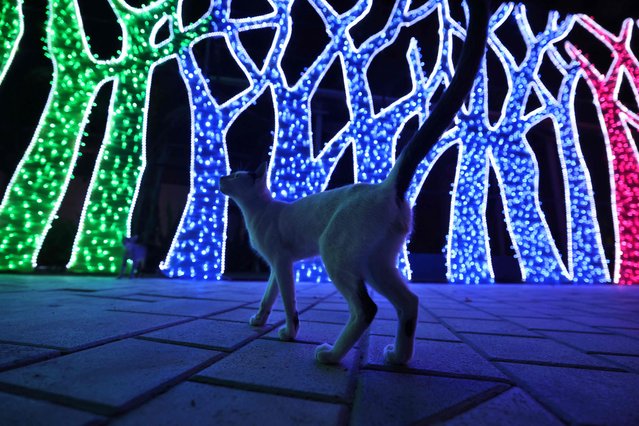 A cat walks past an installation at Glow Park in the Gulf emirate of Dubai on November 1, 2021. Made of over one million energy saver bulbs and recycled luminous fabric there are dozens and dozens of exciting and enchanting exhibits, made by artists from all over the world. (Photo by Giuseppe Cacace/AFP Photo) 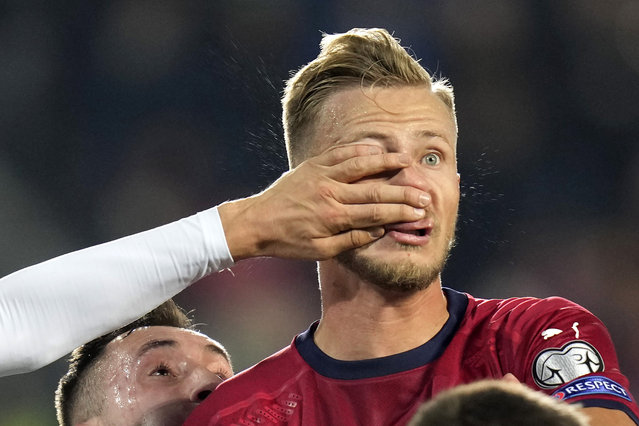 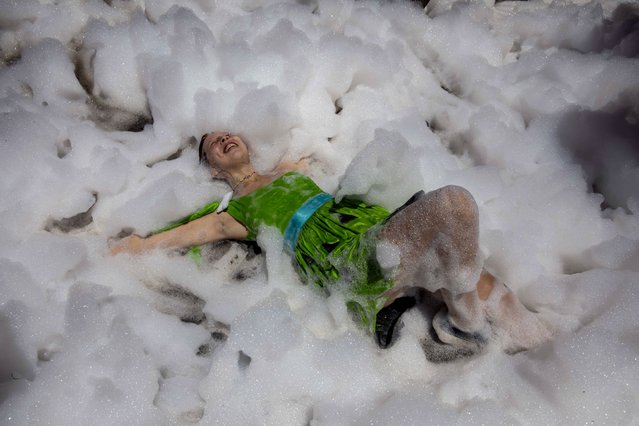 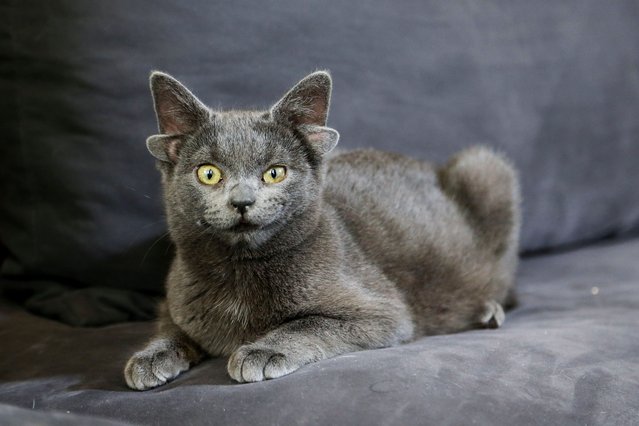 Midas, a four-month-old kitten born with four ears, sits on a sofa at her home in Ankara, Turkey on November 19, 2021. (Photo by Cagla Gurdogan/Reuters) 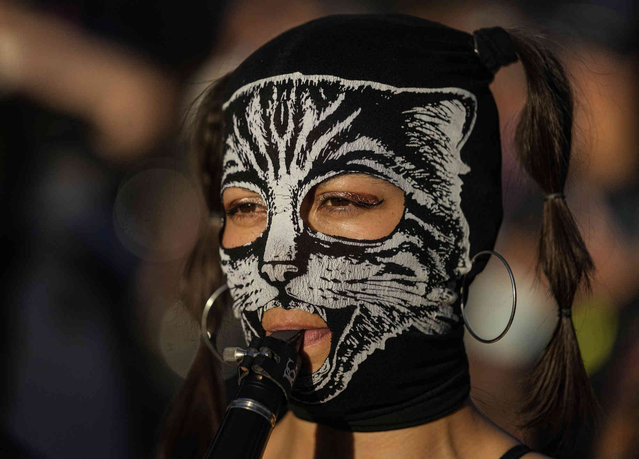 A woman with a mask plays a flute during a march marking the International Day for the Elimination of Violence against Women, in Santiago, Chile, Thursday, November 25, 2021. (Photo by Esteban Felix/AP Photo) 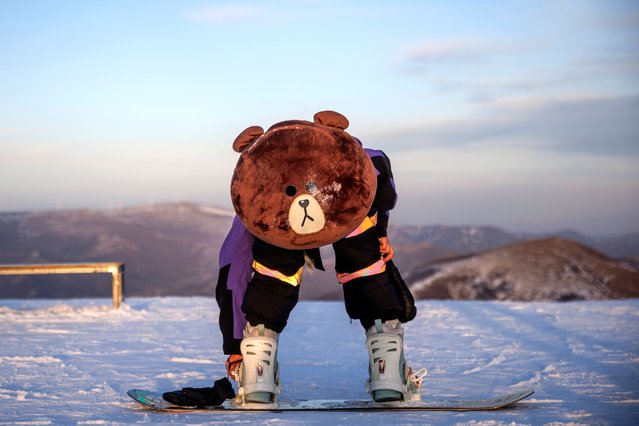 A snowboarder wears a protective cushion at the Thaiwoo ski resort in Zhangjiakou close to venues for the Winter Olympics Beijing 2022, Hebei province, China, November 20, 2021. China hopes hosting the Games will springboard the country towards becoming a winter sports destination and will help deliver on a target set by President Xi Jinping to get 300 million Chinese involved in winter sports, with an aim to build a 1 trillion yuan ($157 billion) industry. (Photo by Thomas Peter/Reuters) 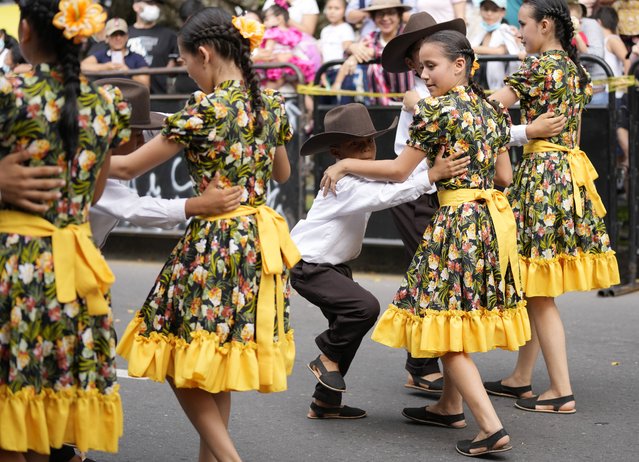 Folk dancers parade during the International Tournament of Joropo in Villavicencio, Colombia, Saturday, November 13, 2021. Joropo is the traditional music and dance of the Eastern Plains of Colombia and Venezuela. (Photo by Fernando Vergara/AP Photo) 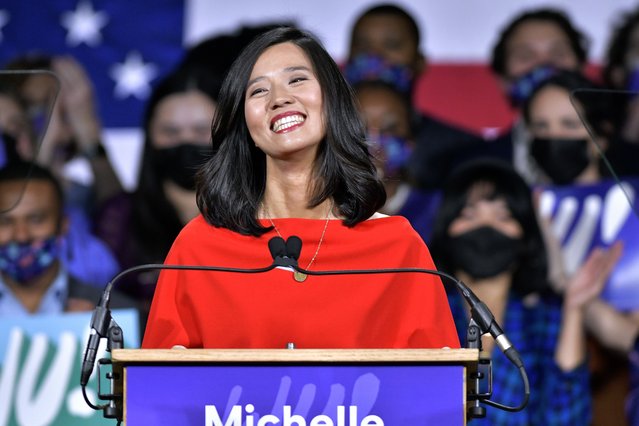 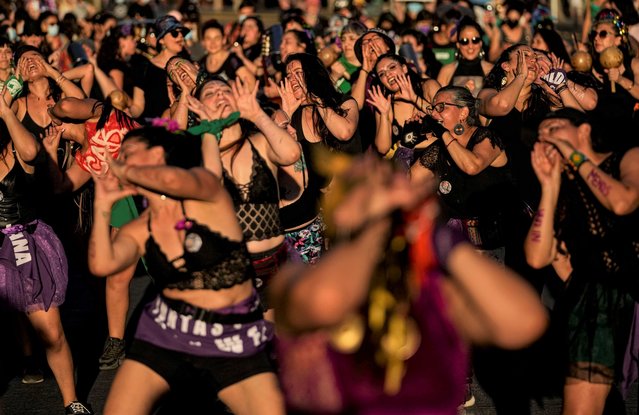 Women perform during a march marking the International Day for the Elimination of Violence against Women, in Santiago, Chile, Thursday, November 25, 2021. (Photo by Esteban Felix/AP Photo) 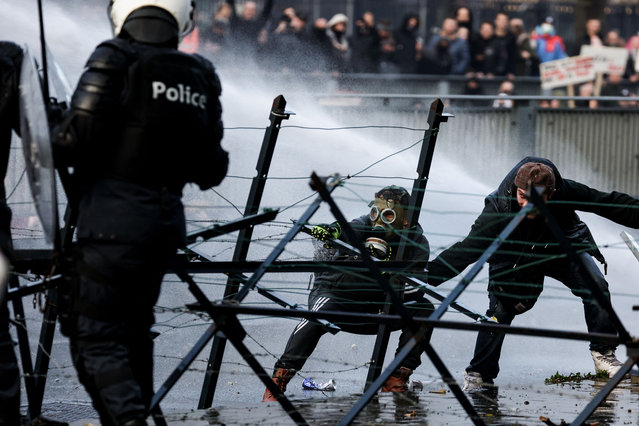 Police use water canon to disperse demonstrators as clashes erupt during a demonstration against Covid-19 measures, including the country's health pass, in Brussels on November 21, 2021. (Photo by Kenzo Tribouillard/AFP Photo) 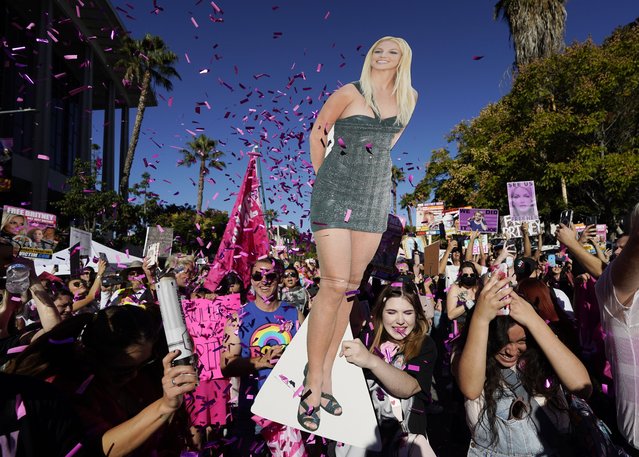 Confetti falls on Britney Spears supporters outside a hearing concerning the pop singer's conservatorship at the Stanley Mosk Courthouse, Friday, November 12, 2021, in Los Angeles. A Los Angeles judge ended the conservatorship that has controlled Spears' life and money for nearly 14 years. (Photo by Chris Pizzello/AP Photo) 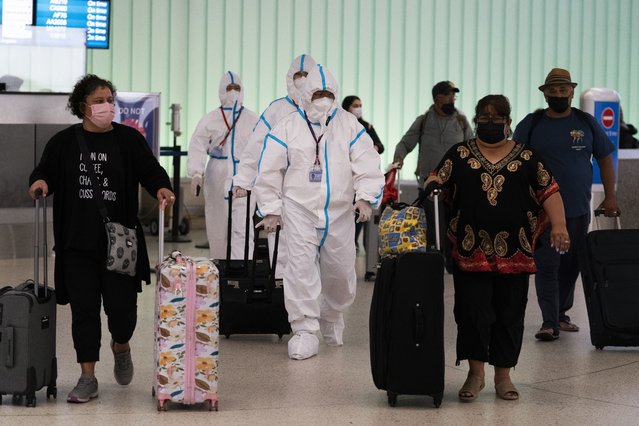 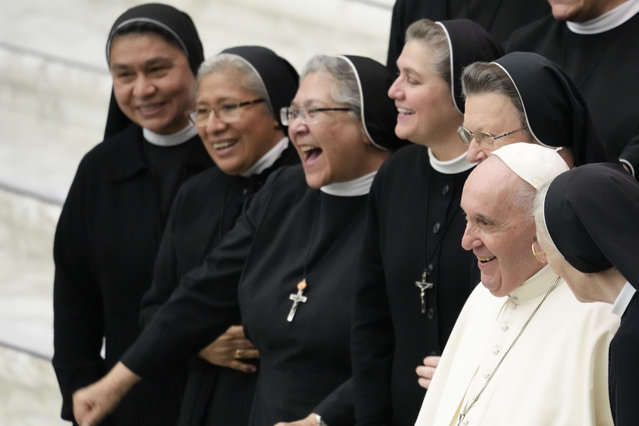 Pope Francis poses for as photo with a group of nuns at the end of his weekly general audience in the Paul VI Hall the Vatican, Wednesday, November 24, 2021. (Phoot by Andrew Medichini/AP Photo) 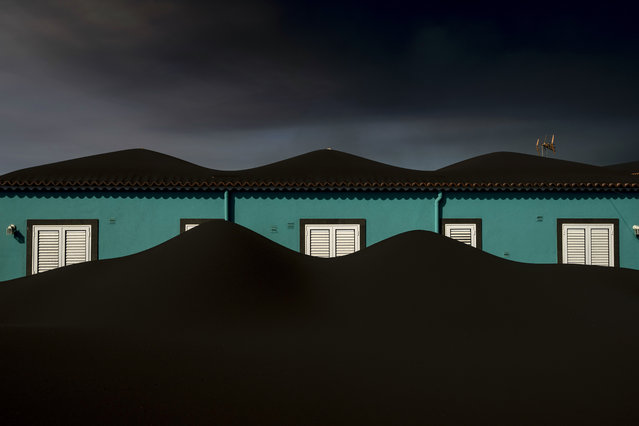 Ash from a volcano, that continues to erupt, covers a house on the Canary island of La Palma, Spain, Monday, November 1, 2021. Scientists estimate the volcano also has ejected over 10,000 million cubic meters of ash. The ash is jettisoned thousands of meters into the sky, but the heaviest, thickest particles eventually give way to gravity. They accumulate into banks that slowly cover doors, pour into windows, make rooftops sag. Some particles are so big that when they pummel a car roof or the fronds of a banana tree, it sounds like hail. (Photo by Emilio Morenatti/AP Photo) 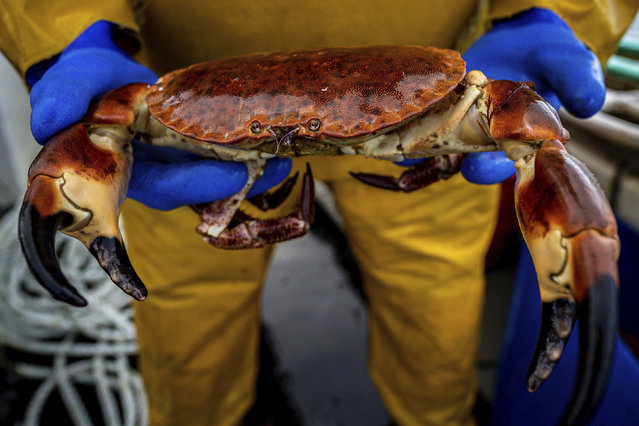