Fact Revellers Celebrate Ash Monday in Western Greece
“Clean Monday, also known as Pure Monday, Ash Monday, Monday of Lent or Green Monday, is the first day of the Eastern Orthodox Christian, Saint Thomas Christians of India and Eastern Catholic Great Lent. It is a movable feast that occurs at the beginning of the 7th week before Orthodox Easter Sunday.

The common term for this day, “Clean Monday”, refers to the leaving behind of sinful attitudes and non-fasting foods. It is sometimes called “Ash Monday”, by analogy with Ash Wednesday (the day when the Western Churches begin Lent). The term is often a misnomer, as only a small subset of Eastern Catholic Churches practice the Imposition of Ashes.

Clean Monday is a public holiday in Greece and Cyprus. Traditionally, it is considered to mark the beginning of the spring season, a notion which was used symbolically in Ivan Bunin's critically acclaimed story, Pure Monday. People on Clean Monday usually take their picnic baskets and put inside fasting foods because it is the day that Lent begins.

The happy, springtime atmosphere of Clean Monday may seem at odds with the Lenten spirit of repentance and self-control, but this seeming contradiction is a marked aspect of the Orthodox approach to fasting, in accordance with the Gospel lesson (Matthew 6:14-21) read on the morning before, which admonishes:

«When ye fast, be not, as the hypocrites, of a sad countenance: for they disfigure their faces, that they may appear unto men to fast. Verily I say unto you, They have their reward. But thou, when thou fastest, anoint thine head, and wash thy face, that thou appear not unto men to fast, but unto thy Father which is in secret... (v. 16-18)»”. – Wikipedia

Photos: Revellers celebrate "Ash Monday" by participating in a colourful "flour war", a traditional festivity marking the end of the carnival season and the start of the 40-day Lent period until the Orthodox Easter,in the port town of Galaxidi, some 215kms (134 miles) north west of Athens, March 18, 2013. The revellers "fight" by throwing coloured flour, charcoal dust and powder painting until they essentially run out of supplies. (Photos by Yannis Behrakis/Reuters) 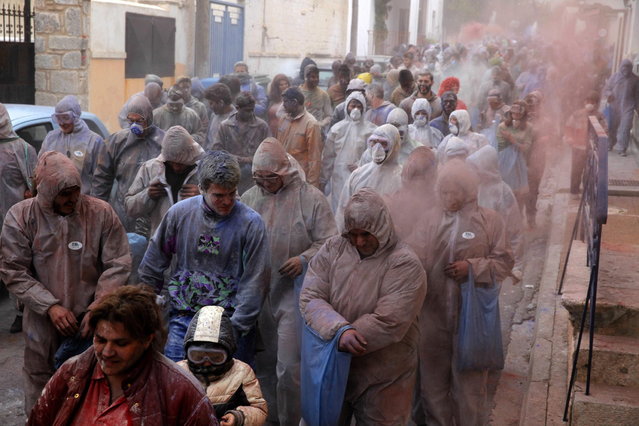 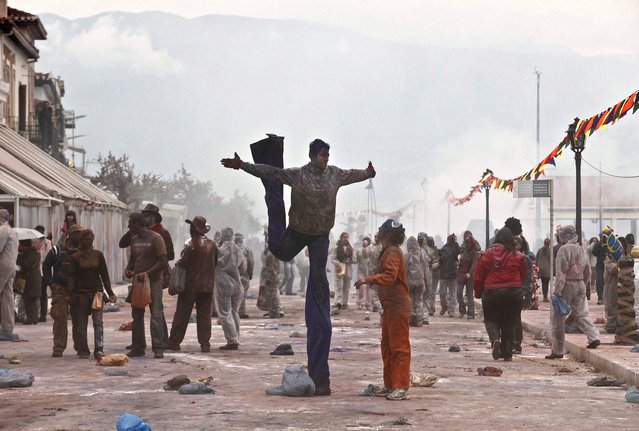 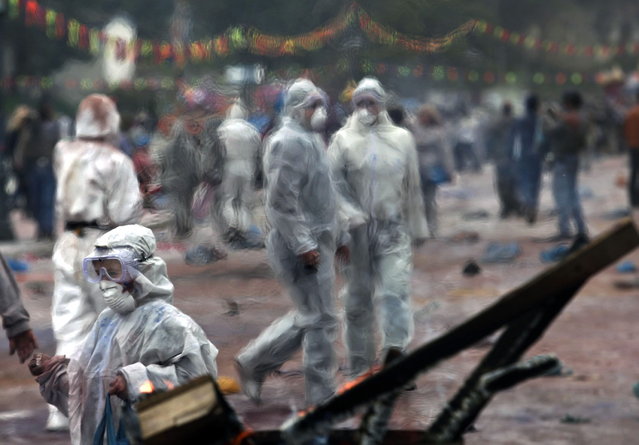 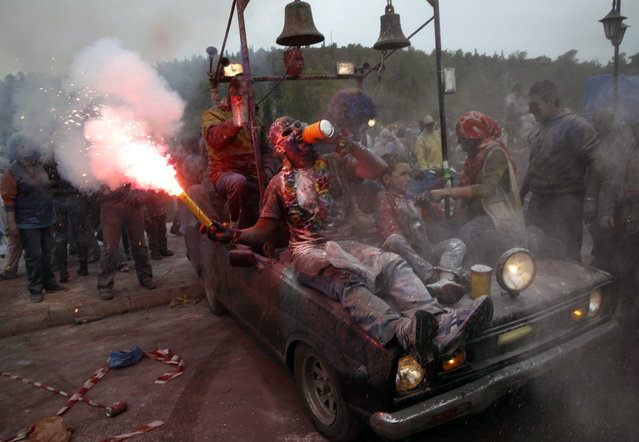 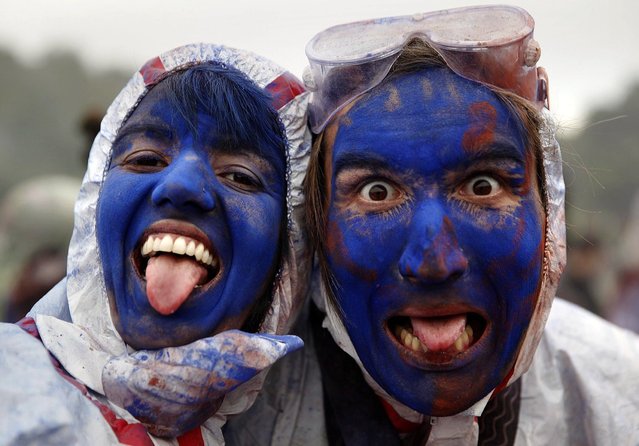 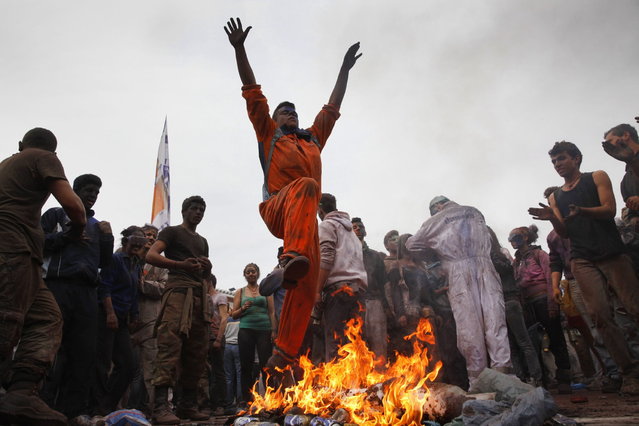 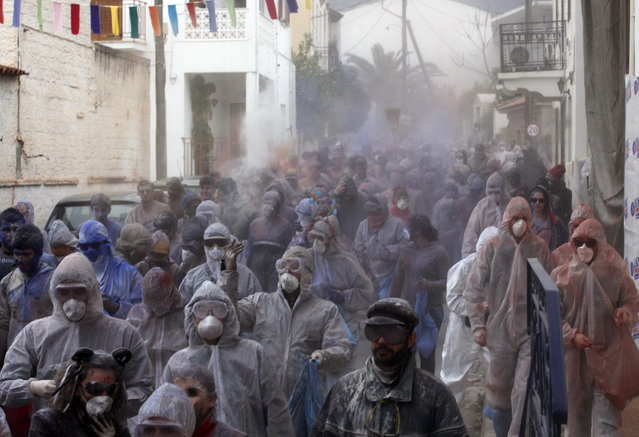 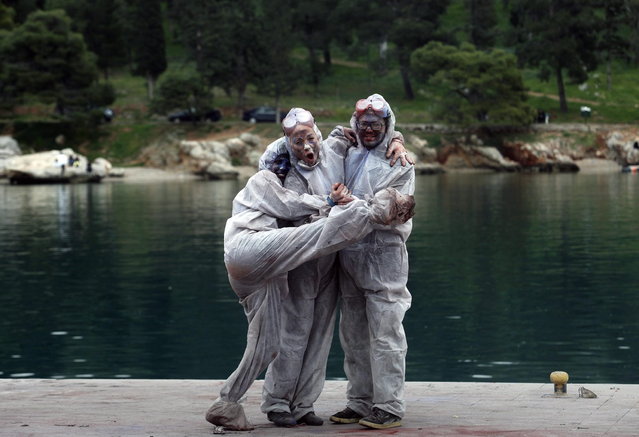 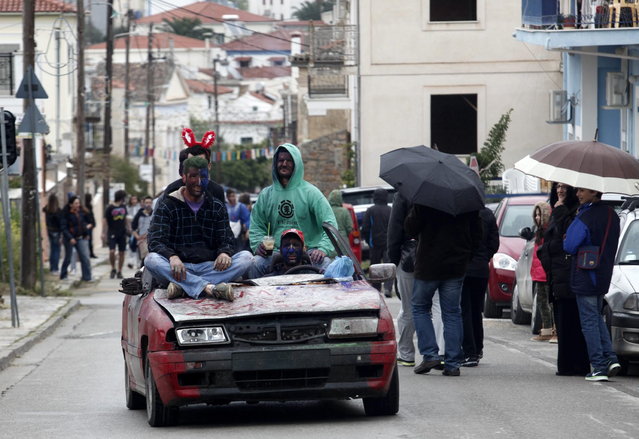 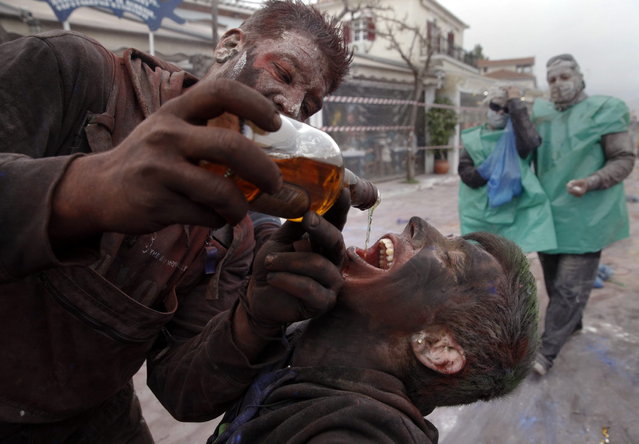 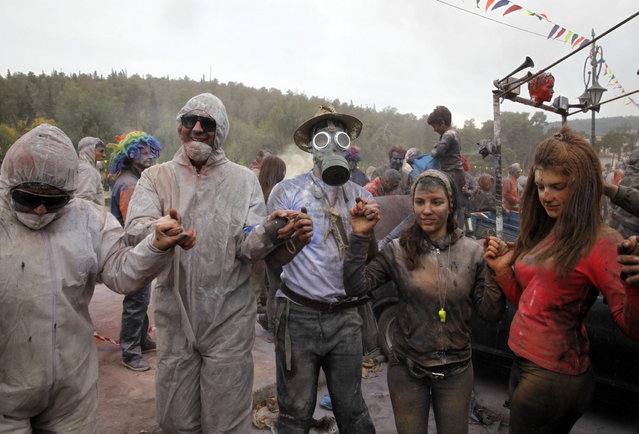