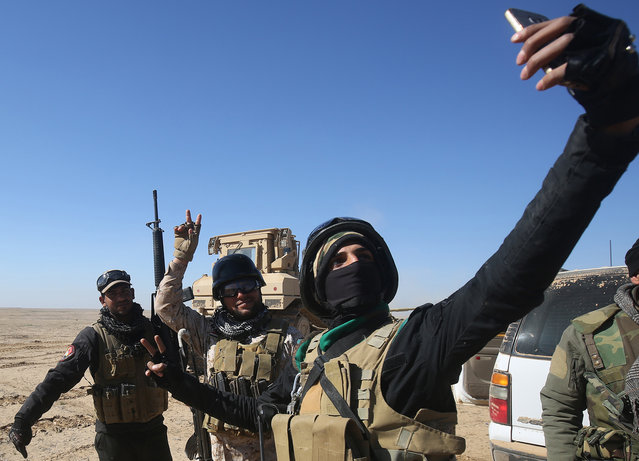 Members of the Iraqi forces, supported by the Hashed al- Shaabi (Popular Mobilisation) paramilitaries, take a selfie as they prepare to advance towards the village of Sheikh Younis, south of Mosul, after the offensive to retake the western side of the city from Islamic State (IS) group fighters commenced on February 19, 2017. (Photo by Ahmad al- Rubaye/AFP Photo) 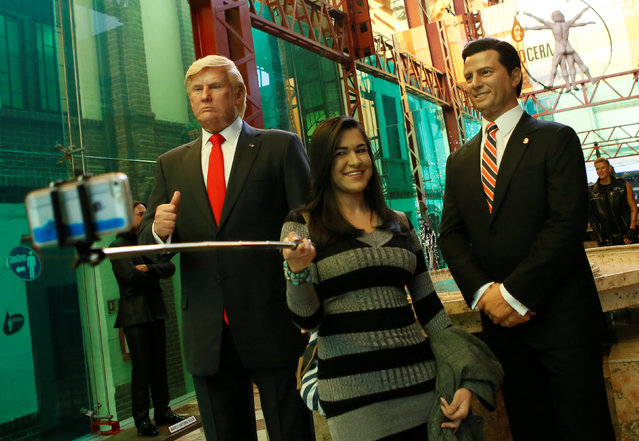 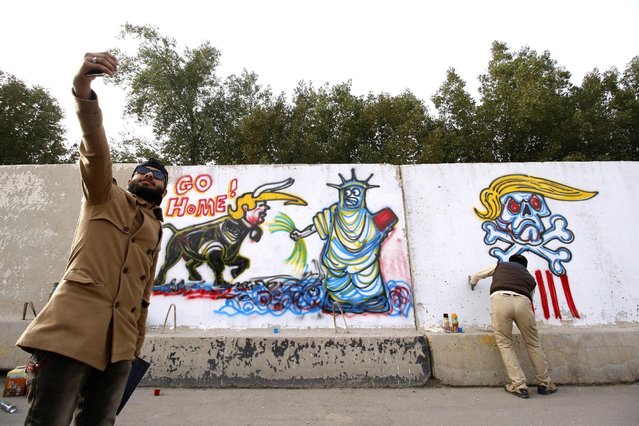 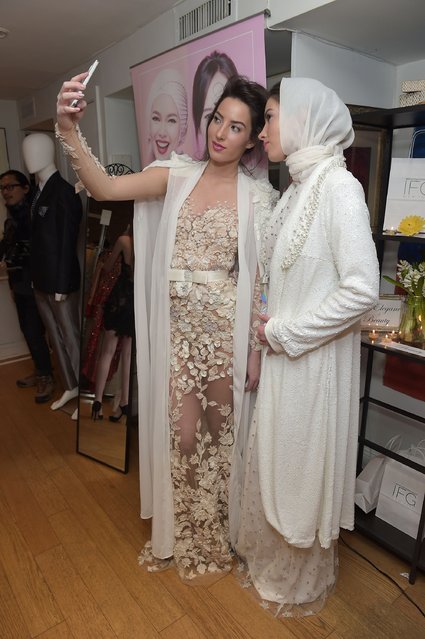 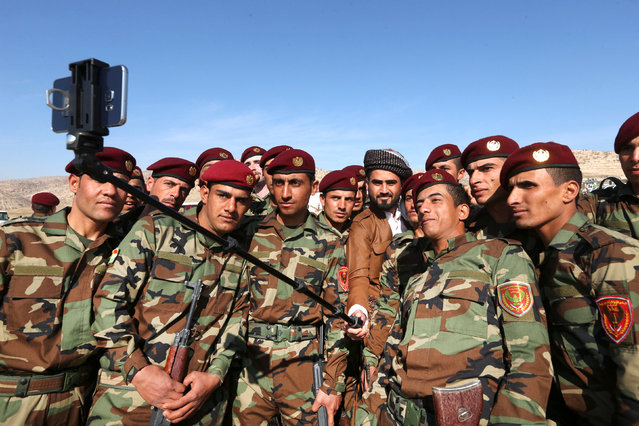 A group of Arab soldiers who have joined Kurdish peshmerga forces take a selfie picture during a graduation ceremony at a training camp in Duhok province, Iraq, February 7, 2017. (Photo by Ari Jalal/Reuters) 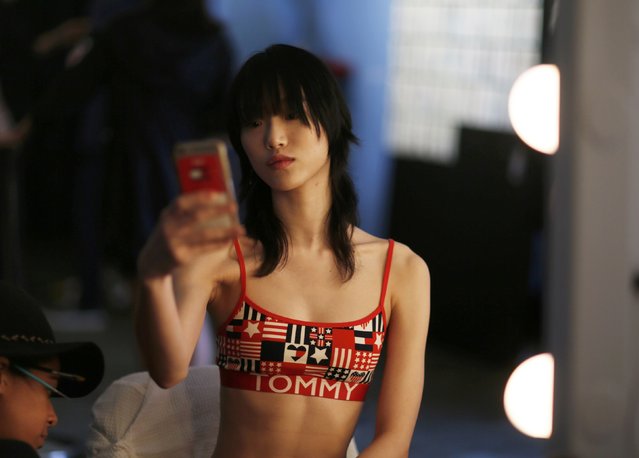 A model prepares in front of a cell phone before going out to the runway at the 2017 Tommy Hilfiger Runway Show in Venice, California, U.S., February 8, 2017. (Photo by Mario Anzuoni/Reuters) 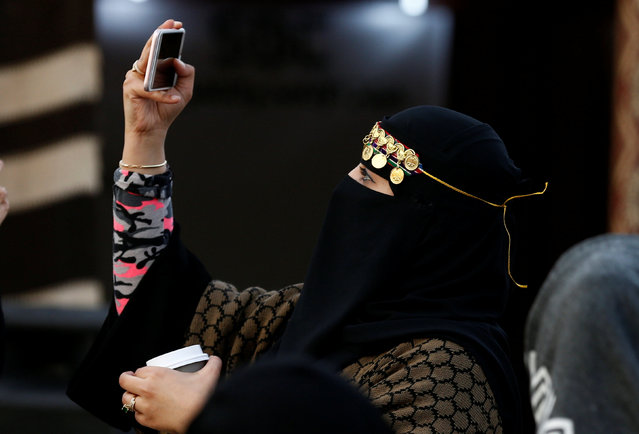 A woman takes a selfie during Janadriyah Cultural Festival on the outskirts of Riyadh, Saudi Arabia February 8, 2017. (Photo by Faisal Al Nasser/Reuters) 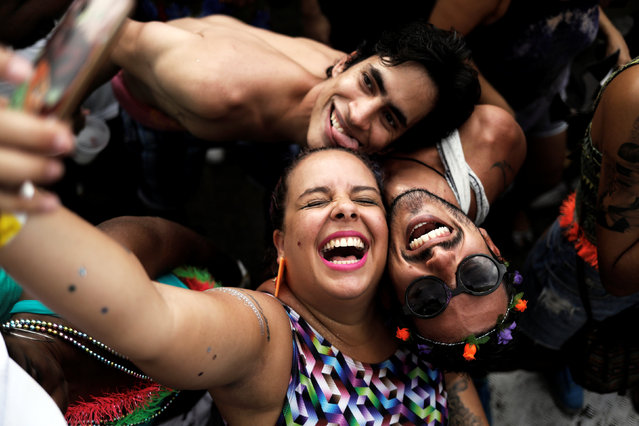 Revellers pose for a selfie as they take part in the annual carnival block at the Latin America Memorial in Sao Paulo, Brazil, February 12, 2017. (Photo by Nacho Doce/Reuters) 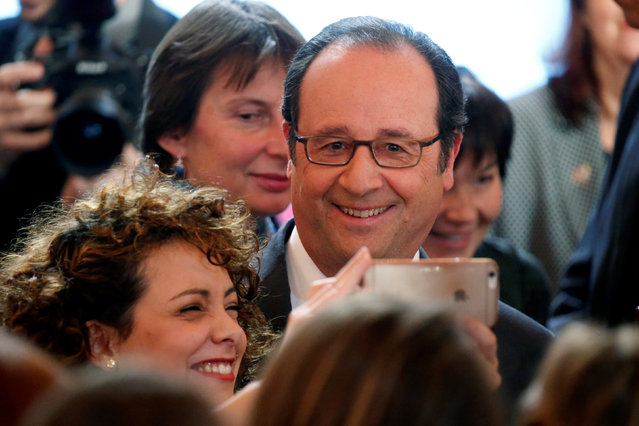 French President Francois Hollande poses for a selfie during a meeting on apprenticeship in public service in Paris, France, February 13, 2017. (Photo by Charles Platiau/Reuters) 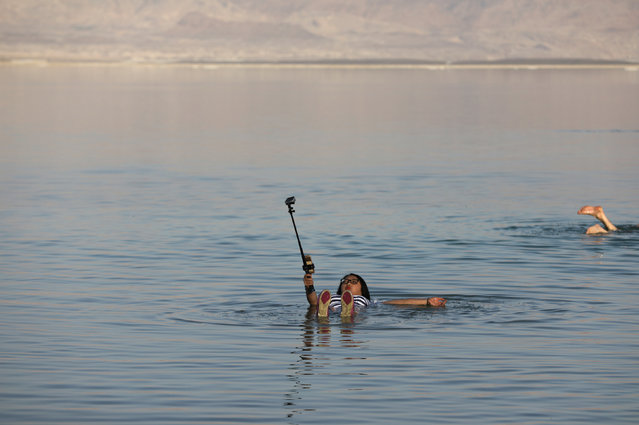 A woman takes a selfie as she floats in the Dead Sea in Ein Bokeq, Israel February 20, 2017. (Photo by Ammar Awad/Reuters) 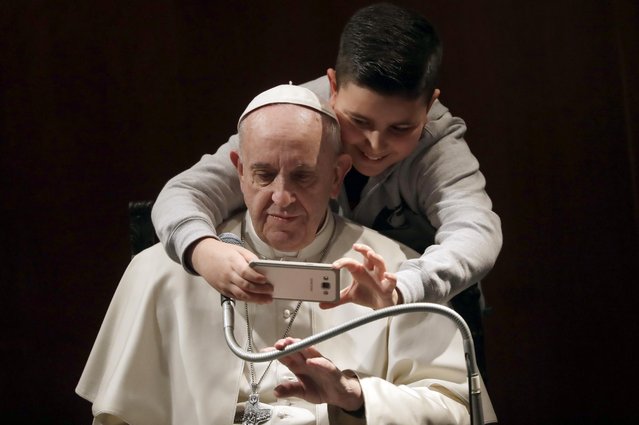 A boy takes a selfie with Pope Francis, during a visit to the parish of Santa Maria Josefa del Cuore di Gesu', in Rome, Sunday, February 19, 2017. (Photo by Alessandra Tarantino/AP Photo) 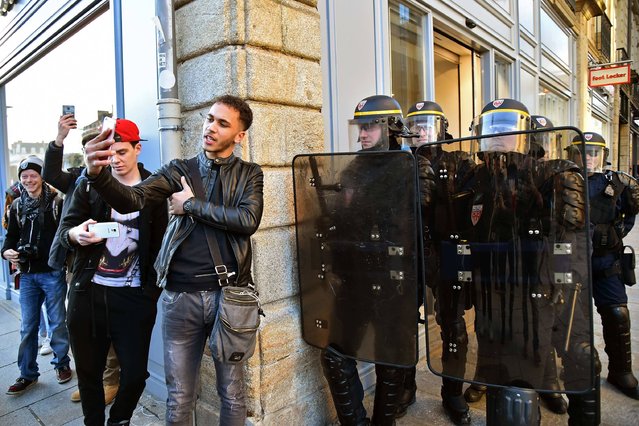 Young men (L) take provocative selfie photos as anti-riot police officers stand guard during a demonstration against police brutality on February 18, 2017 in Rennes, following the alleged rape in the Paris suburb of Aulnay-sous-Bois of a black youth, identified only as Theo, with a police baton, an incident that has sparked 10 nights of rioting and more than 200 arrests. The injuries sustained by Theo during a stop-and-search operation on February 2 in the suburb of Aulnay-sous-Bois have sparked clashes with police and arson attacks across the impoverished, ethnically-mixed housing estates that ring the French capital. One officer has been charged with rape and the three others with assault. All four have been suspended from the force. (Photo by Jean-Francois Monier/AFP Photo) 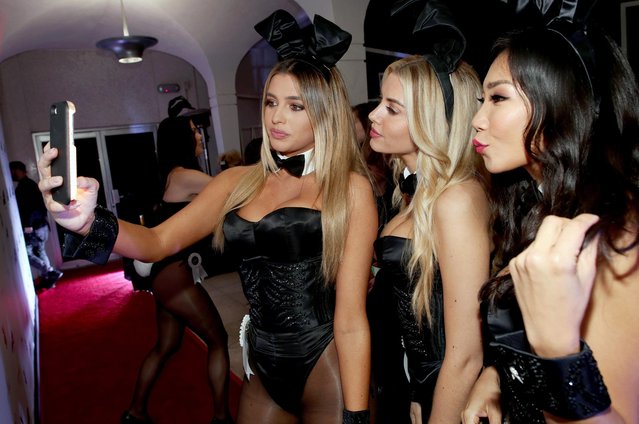