The space shuttle Endeavour is prepared Sunday, September 16, 2012 for transport on a modified Boeing 747 aircraft at the Kennedy Space Center in Cape Canaveral. The retired spacecraft was the replacement for the destroyed Challenger. (Photo by Tim Shortt/Florida Today) 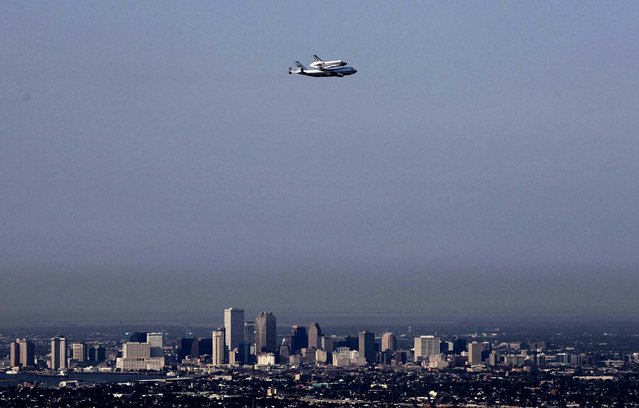 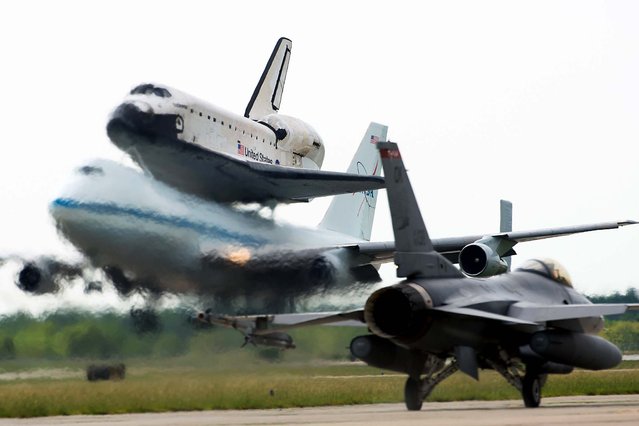 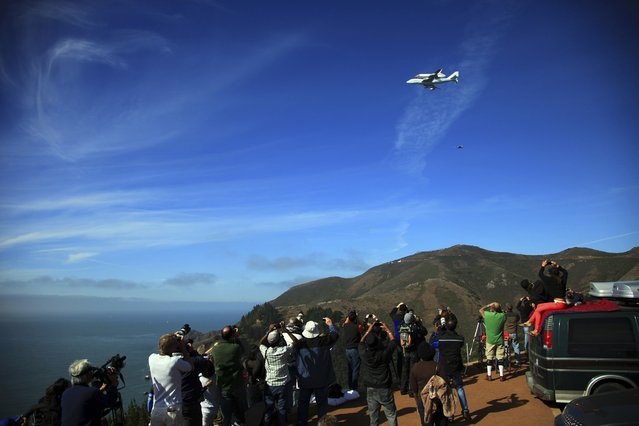 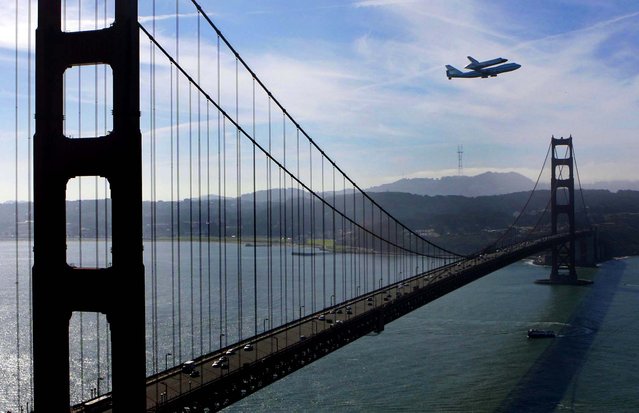 Flying aboard a specially modified 747 transport plane, space shuttle Endeavour makes a loop around the bay as it flies for the final time above San Francisco. (Photo by Ray Chavez/Contra Costa Times/MCT) 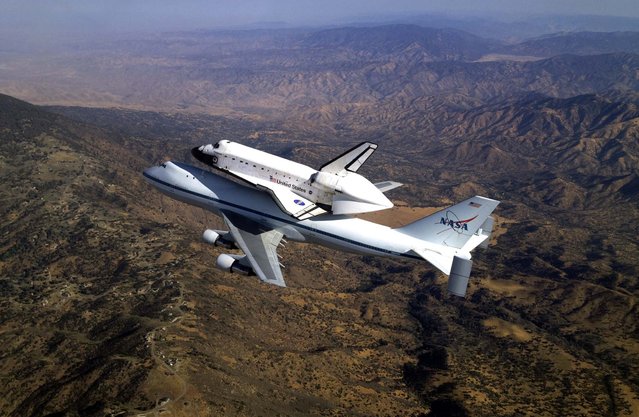 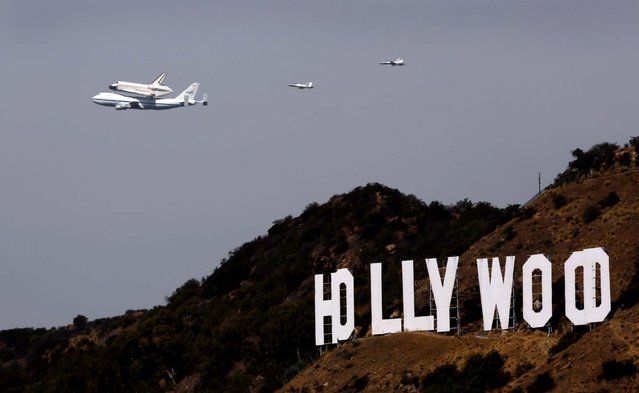 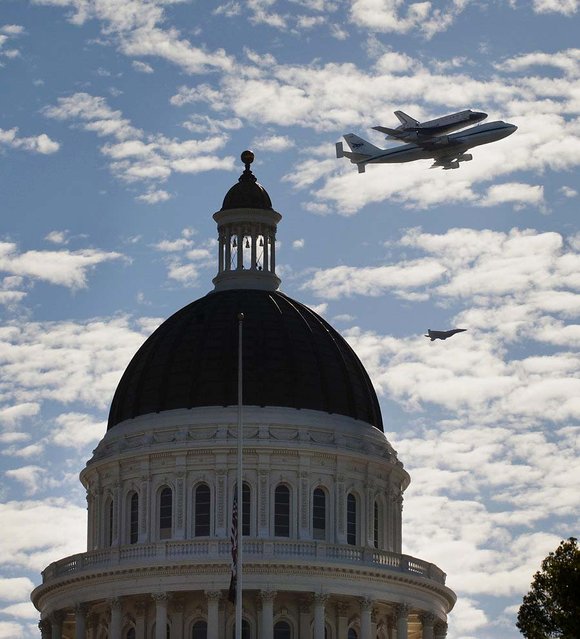 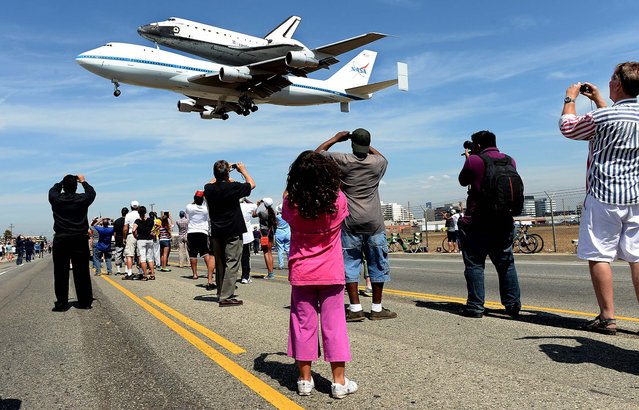