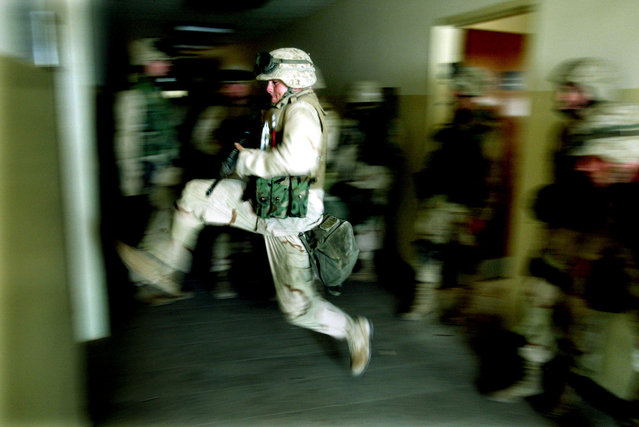 U.S. Marines kick in a door while securing a building next to the main hospital in central Baghdad April 15, 2003, which will be used as a temporary Iraqi police headquarters. (Photo by Jerry Lampen/Reuters) 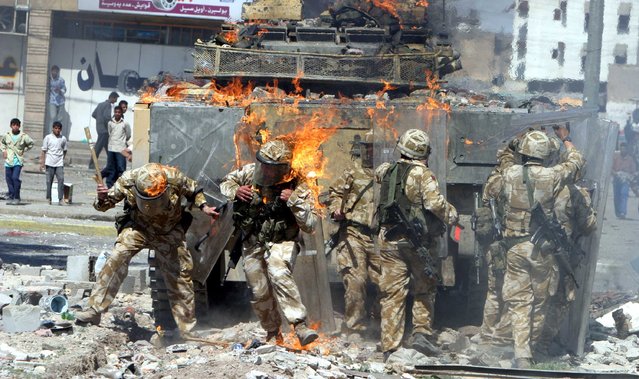 British Army troops are covered in flames from a petrol bomb thrown during a violent protest by job seekers, who say they were promised employment in the security services, in the southern Iraq city of Basra, Iraq March 22, 2004. (Photo by Atef Hassan/Reuters) 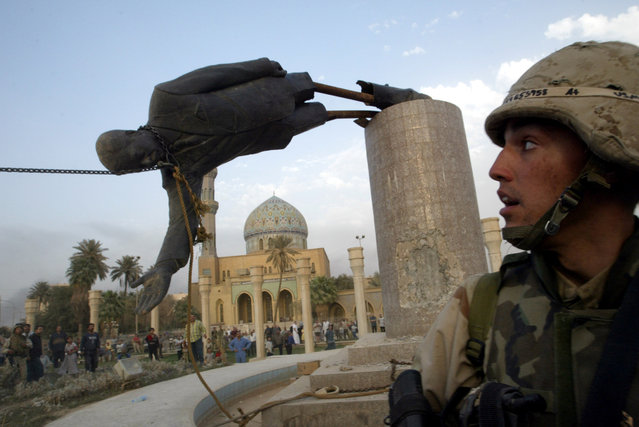 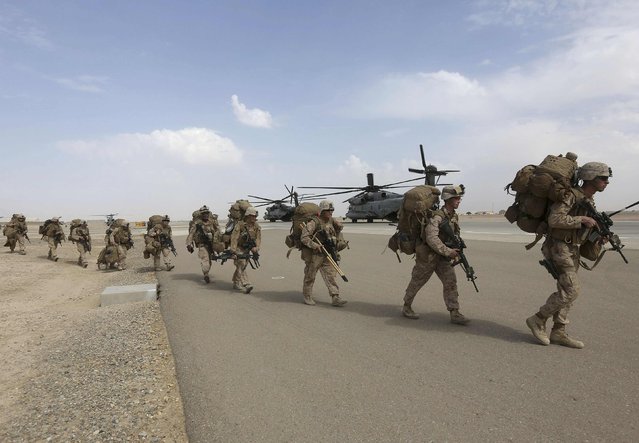 U.S. Marines prepare to depart upon the end of operations for Marines and British combat troops in Helmand October 27, 2014. (Photo by Omar Sobhani/Reuters) 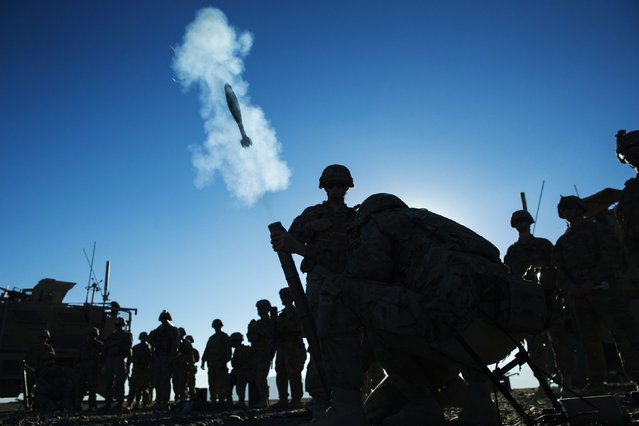 A mortar flies out of a tube during a mortar exercise for U.S. soldiers in Dragon Company of the 3rd Cavalry Regiment near forward operating base Gamberi in the Laghman province of Afghanistan December 26, 2014. (Photo by Lucas Jackson/Reuters) 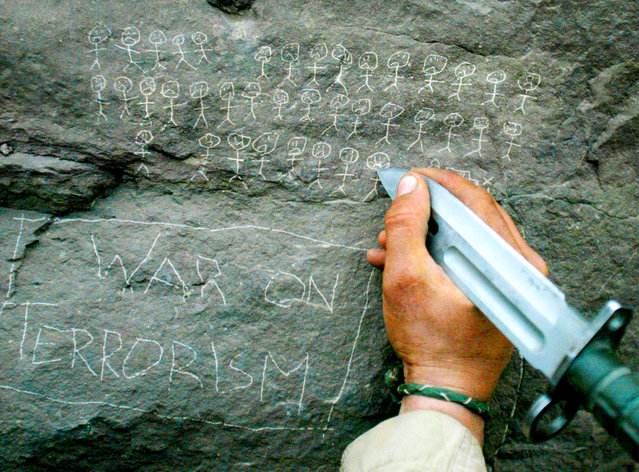 United States Army 10th Mountain Division soldier Jorge Avino from Miami, Florida carves the body count that their mortar team has chalked up on a rock, March 9, 2002 near the villages of Sherkhankheyl, Marzak and Bobelkiel, in Afghanistan. (Photo by Joe Raedle/Reuters) 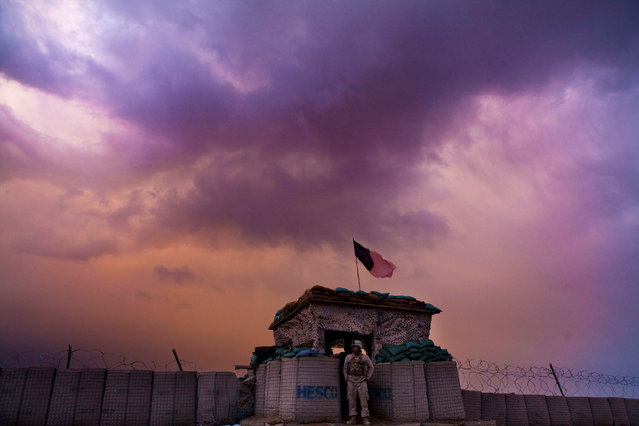 A U.S. Marine from the First Battalion Eighth Marines Alpha Company looks out as an evening storm gathers above an outpost near Kunjak in southern Afghanistan's Helmand province, February 22, 2011. (Photo by Finbarr O'Reilly/Reuters) 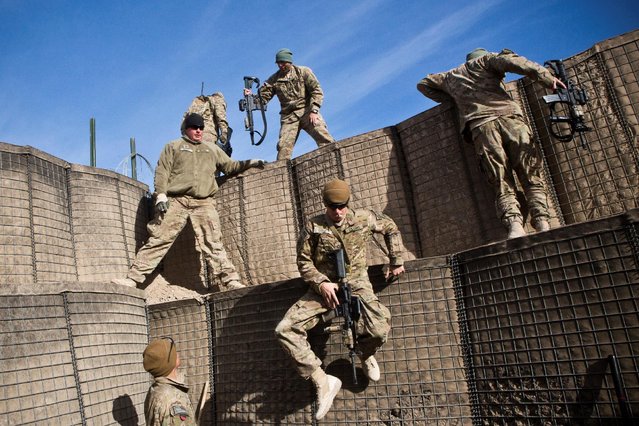 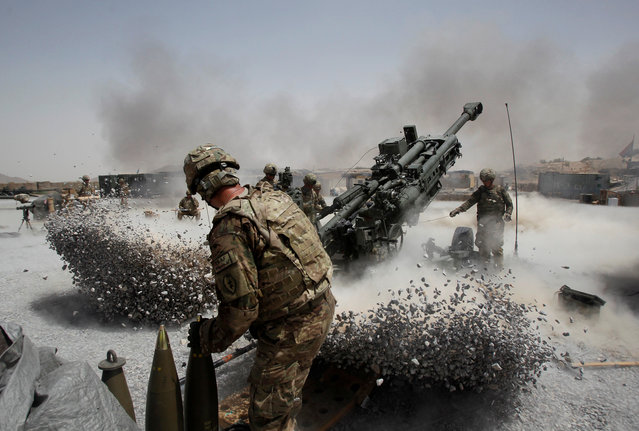 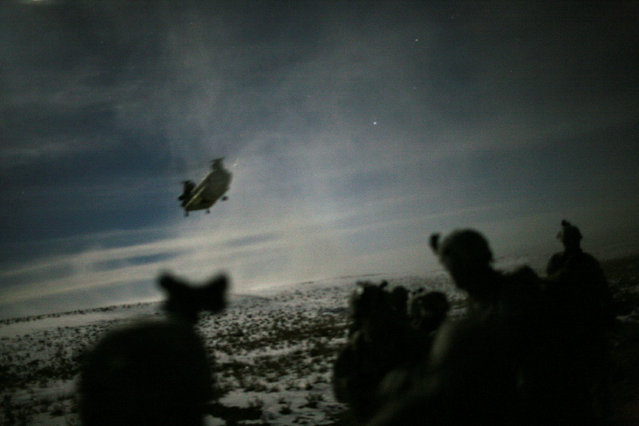 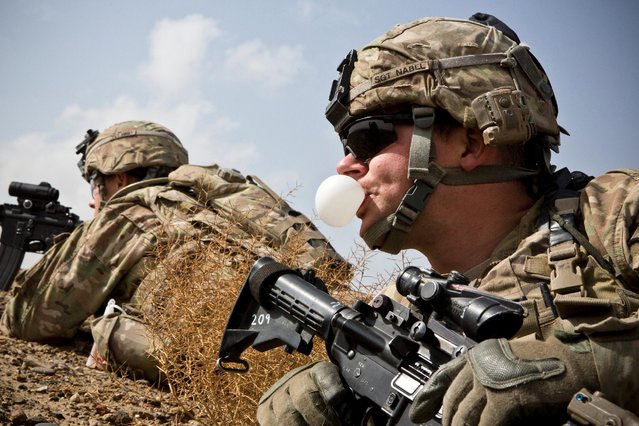 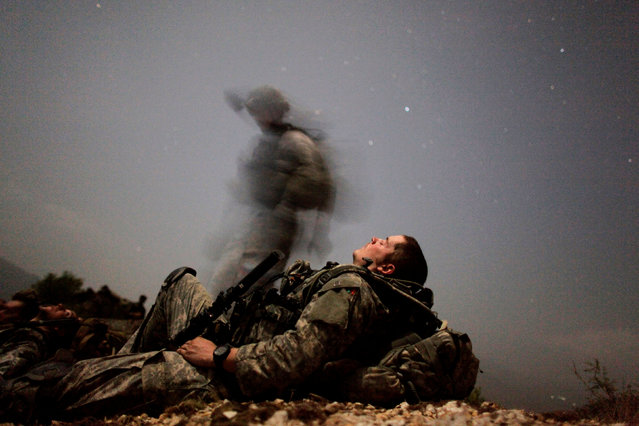 A U.S. soldier of 2-12 Infantry 4BCT-4ID Task Force Mountain Warrior takes a break during a night mission near Honaker Miracle camp at the Pesh valley of Kunar Province August 12, 2009. (Photo by Carlos Barria/Reuters) 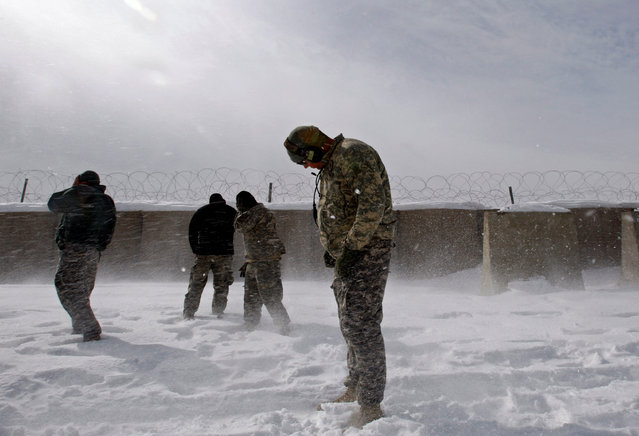 U.S. soldiers turn away as a U.S. Black Hawk helicopter takes off from a U.S. base in the Jaji district of the southeastern Paktia province, near the Afghan-Pakistan border January 27, 2008. (Photo by Ahmad Masood/Reuters)
Edit Del
08 Jul 2016 12:14:00, post received 0 comments
Publication archive:
←   →
Popular tags:
All tags
Last searches: