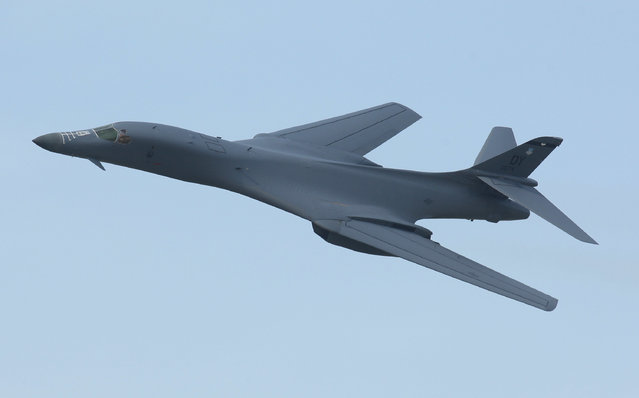 A U.S. Air Force Rockwell B-1B Lancer long-distance bomber flies during a demonstration at the ILA Berlin Air Show on May 28, 2008 in Berlin, Germany. (Photo by Sean Gallup/Getty Images) 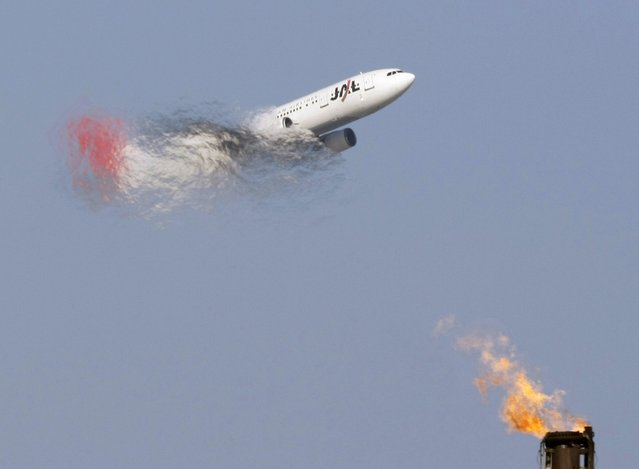 A Japan Airlines airplane flies past a factory's chimney at an industrial district in Tokyo in this January 19, 2010 file photo. (Photo by Toru Hanai/Reuters) 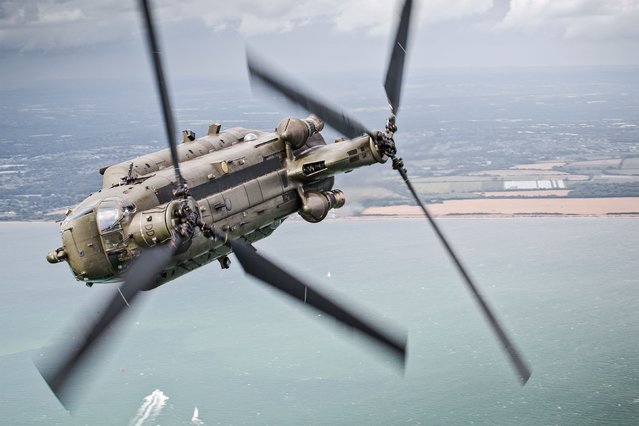 Undated UK Ministry of Defence handout photo of a 27 Sqn Chinook making a hard bank over The Solent during a Aircraft Handling Exercise to assess the handling standards and flying abilities of Aircrew and Pilots, taken SAC Nicholas Egan, which has been shortlisted for the general public to pick their favourite RAF Image of the Year. (Photo by SAC Nicholas Egan/MoD Crown Copyright/PA Wire) 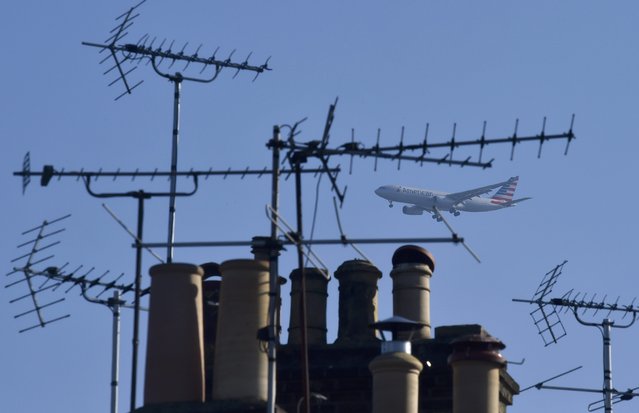 A passenger aircraft is seen through television aerials on roofs as it makes its landing approach to Heathrow airport in west London, Britain April 27, 2016. (Photo by Toby Melville/Reuters) 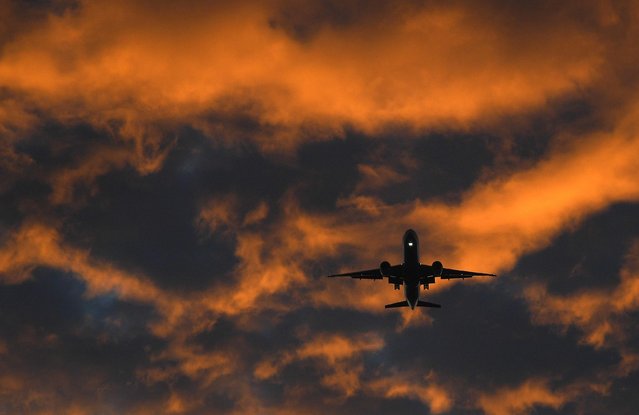 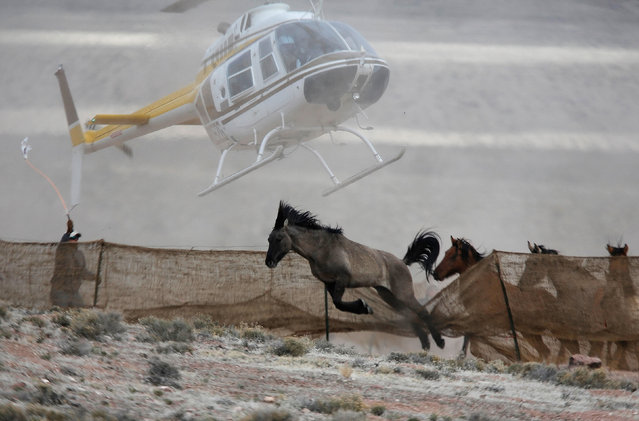 Several wild horses escape as a helicopter is used by the Bureau of Land Management (BLM) to gather wild horses into a trap along Highway 21 near the Sulphur Herd Management Area south of Garrison, Utah, in this February 26, 2015 file photo. (Photo by Jim Urquhart/Reuters) 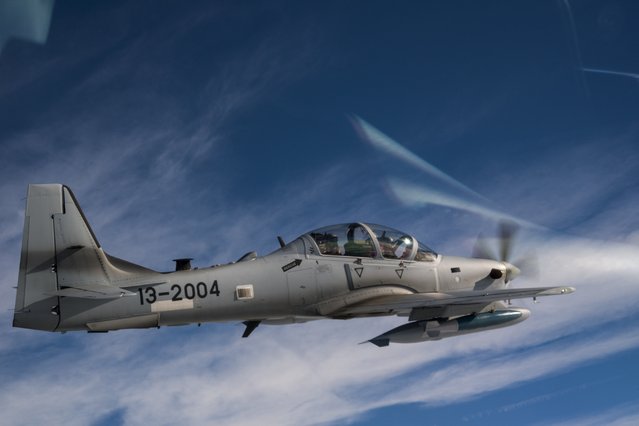 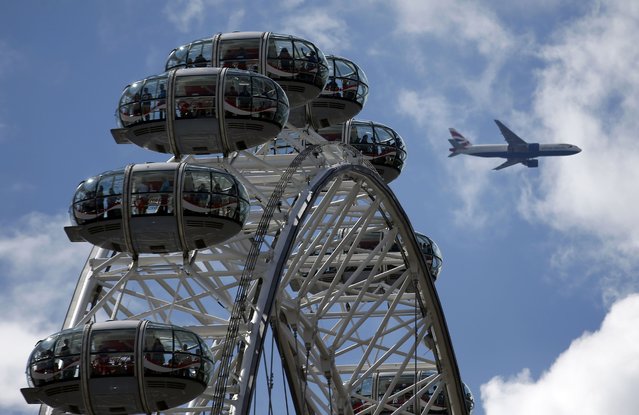 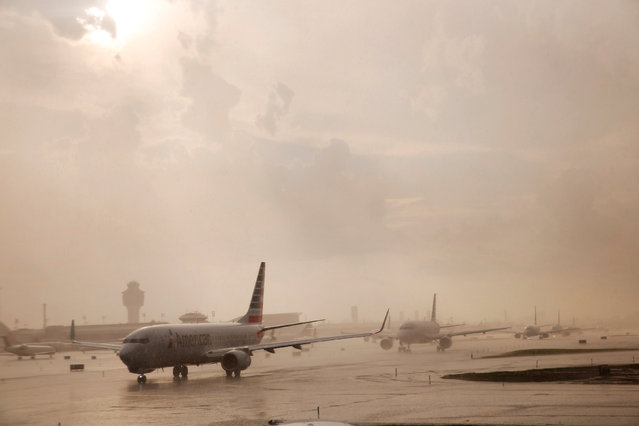 Airplanes line up waiting to take off during a rain storm at LaGuardia Airport in New York, U.S., August 11, 2016. (Photo by Lucas Jackson/Reuters) 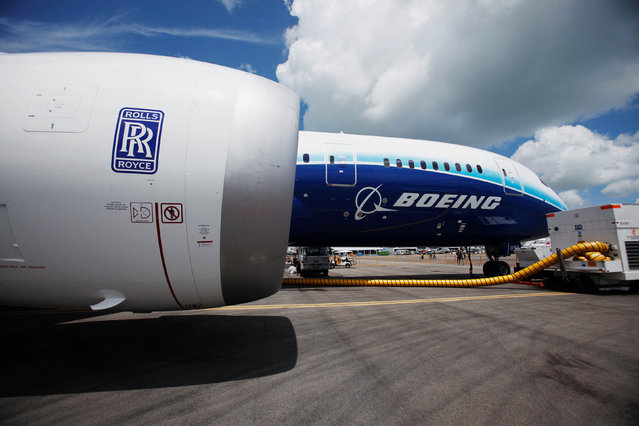 A view of one of two Rolls Royce Trent 1000 engines of the Boeing 787 Dreamliner during a media tour of the aircraft ahead of the Singapore Airshow in Singapore February 12, 2012. (Photo by Edgar Su/Reuters) 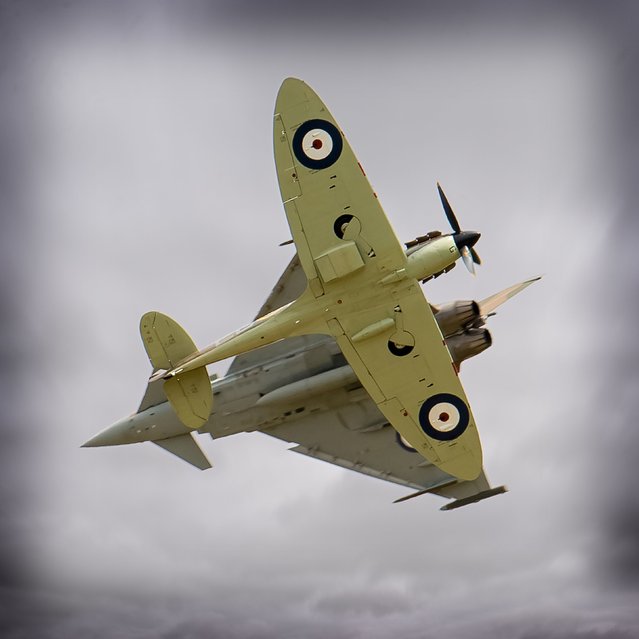 Undated UK Ministry of Defence handout photo of a Typhoon and Spitfire aircraft from the “Securing the Skies” Display team from Coningsby, performing a crossover manoeuvre during their 2015 display at RAFC Cranwell Families Day, taken by Gordon Elias, which has been shortlisted for the general public to pick their favourite RAF Image of the Year. (Photo by Gordon Elias/MoD Crown Copyright/PA Wire) 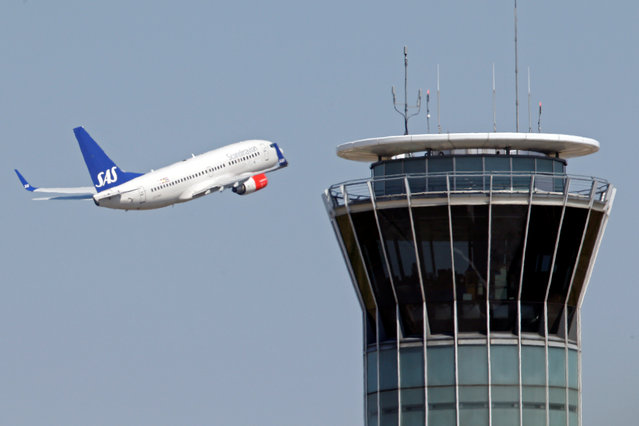 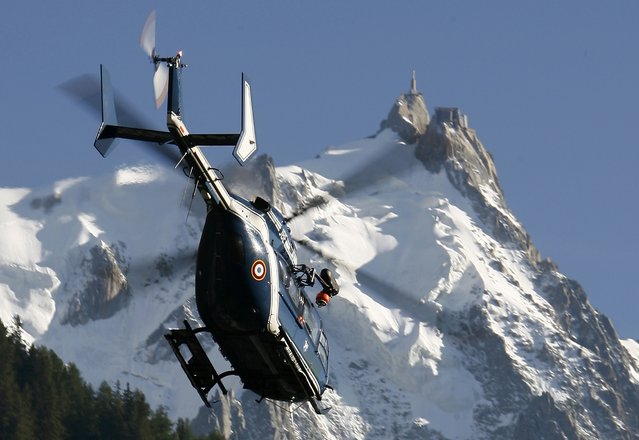 A French Gendarmerie rescue helicopter passes in front of the Aiguille du Midi as it takes off near Chamonix during search and rescue operations August 24, 2008. (Photo by Christian Hartmann/Reuters) 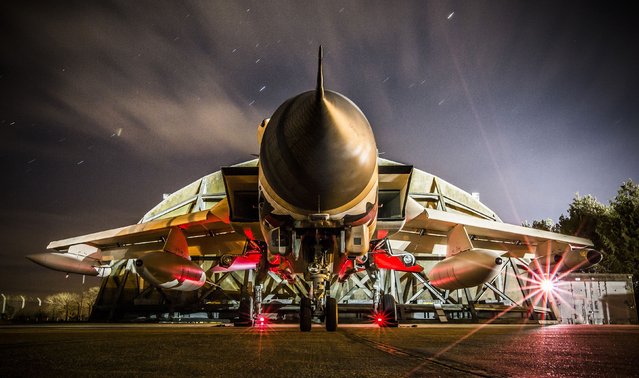 Undated UK Ministry of Defence handout photo of an RAF Tornado GR4 which has been painted in Gulf War “desert pink” paint scheme to honour the aircraft type's almost continuous operational service since the Royal Air Force helped liberate Kuwait from Saddam Hussein's forces, taken by SAC Rose Buchanan, which has been shortlisted for the general public to pick their favourite RAF Image of the Year. (Photo by SAC Rose Buchanan/MoD Crown Copyright/PA Wire) 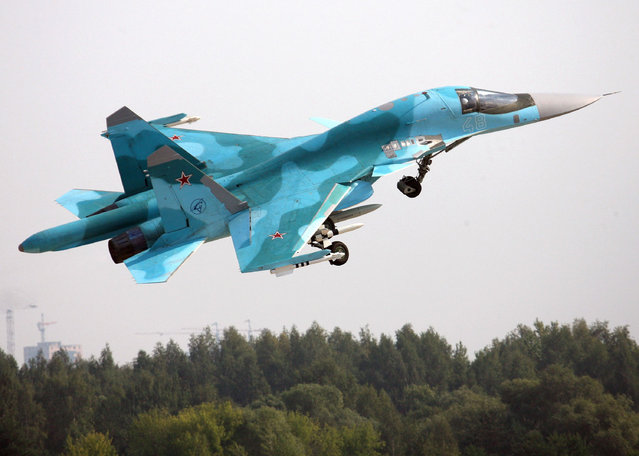 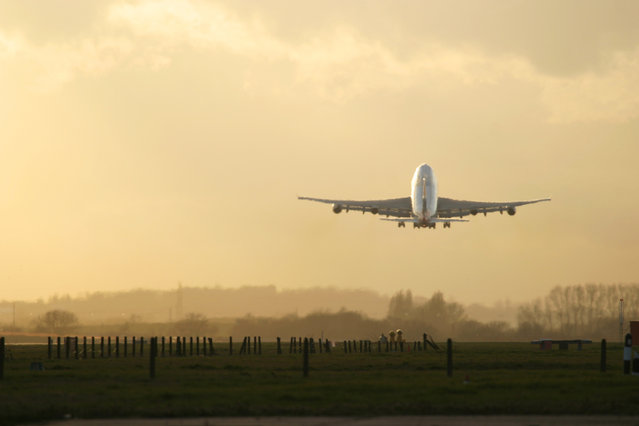