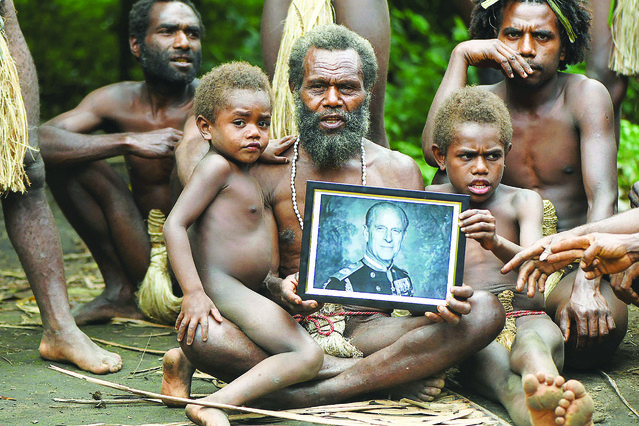 Yakel village chief Albi, and members of his family, holds a portrait of Britain's Prince Philip, Duke of Edinburgh, in the remote Pacific village of Vanuatu on April 12, 2021 as they worshipped Prince Philip as a living god. (Photo by Dan McGarry/AFP Photo) 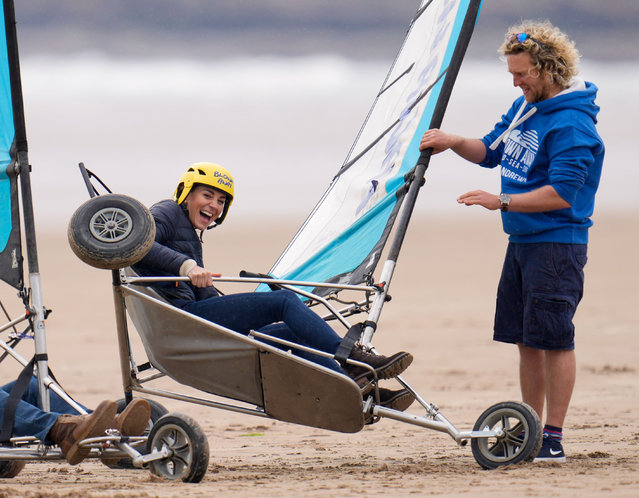 The Duchess of Cambridge joins Fife Young Carers for a session of land yachting on West Sands beach in Scotland on May 26, 2021. (Photo by Tim Rooke/Rex Features/Shutterstock) 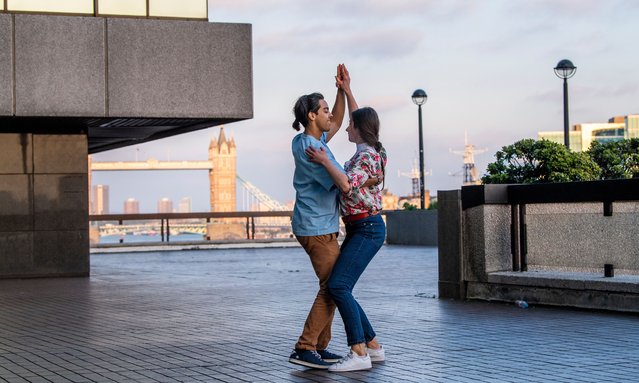 Luis Alberto and Marta practice their salsa dancing on an office walk way near London Bridge on June 1, 2021. (Photo by Jill Mead/The Guardian) 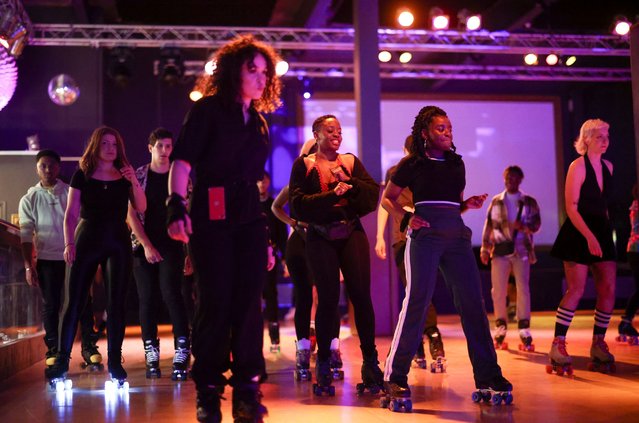 People attend a roller skating disco at Roller Nation, as the coronavirus disease (COVID-19) restrictions continue to ease, in London, Britain, May 17, 2021. (Photo by Henry Nicholls/Reuters) 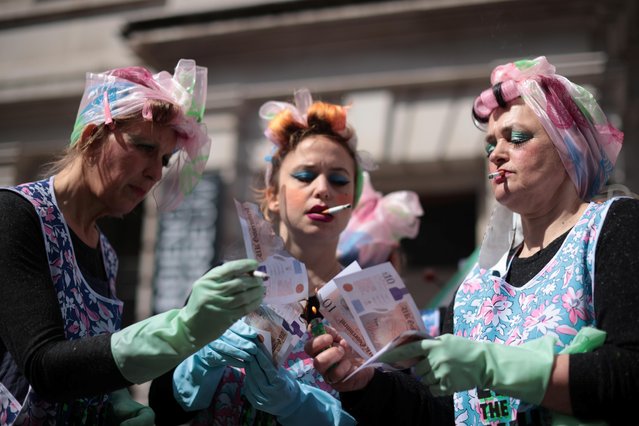 Activists from the climate action group Ocean Rebellion perform a stunt outside the Science Museum, in London, Britain, May 19, 2021. (Photo by Hannah McKay/Reuters) 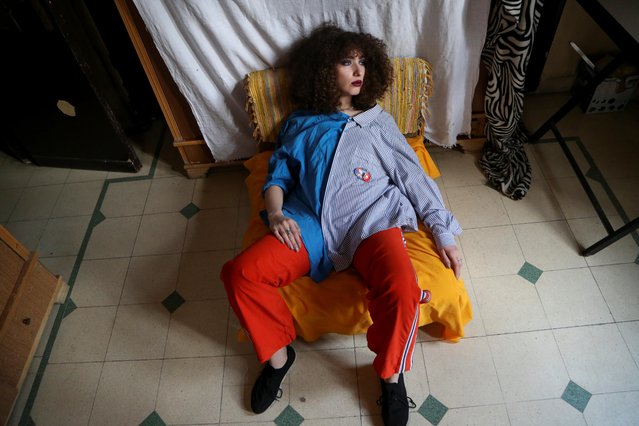 Ghenwa, 21, a trainee flight attendant, poses for a photograph in her room in Damascus, Syria on May 25, 2021. The freedom to travel was the main reason Ghenwa decided to train as an air hostess, having dropped out of university where she was studying architecture. “I'm Syrian and I can't travel at the moment except through this opportunity”, said Ghenwa. “It's the only opportunity that makes me feel I can move faster... to feel the freedom of borders”. (Photo by Yamam al Shaar/Reuters) 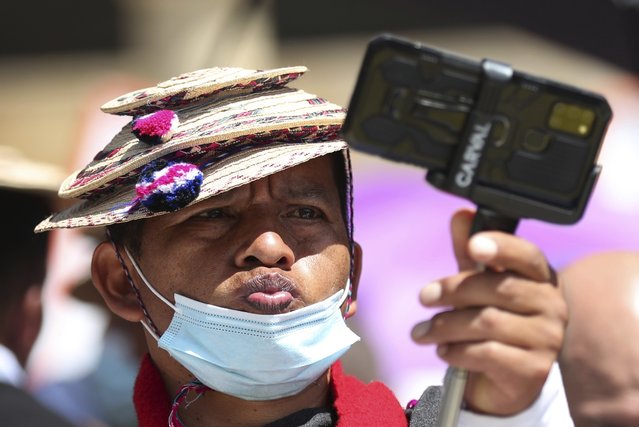 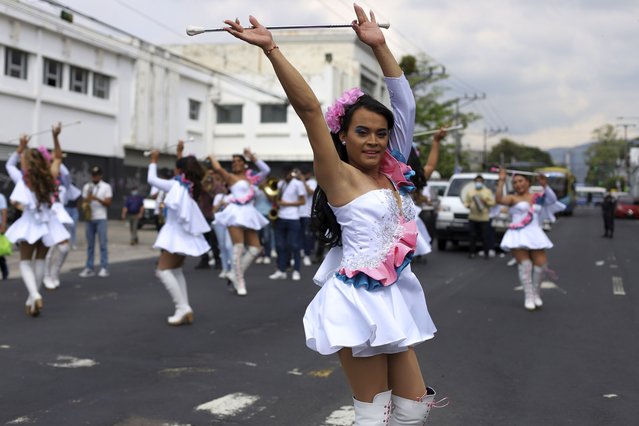 Members of the “Pearls of the East” parade squad perform marking the International Day Against Homophobia, in San Salvador, El Salvador, Monday, May 17, 2021. The parade squad, in which Zashy Zuley del Cid Velásquez participated, started with some 50 people, but crime and forced displacement have shrunk it to 35, said Venus Nolasco, director of the San Miguel LGBTQ collective “Pearls of the East”. The 27-year-old Del Cid was shot dead April 25, sending shockwaves through the city's close-knit LGBTQ community. (Photo by Salvador Melendez/AP Photo) 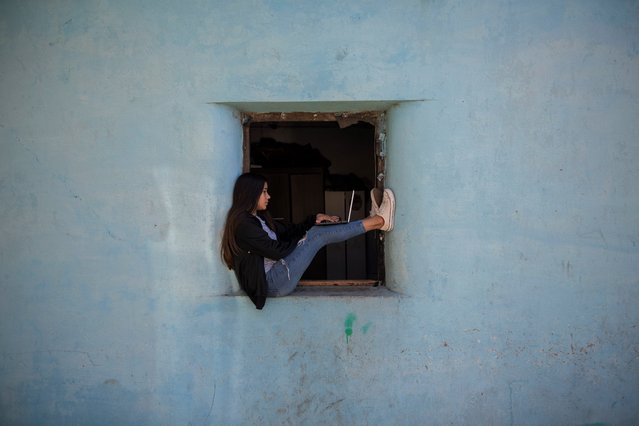 A girl uses her laptop as she sits in a window after her COVID-19 quarantine ended at her home in Belen, Uruguay, Wednesday, April 28, 2021. She and part of her family had COVID-19 but her quarantine ended the day before. (Photo by Matilde Campodonico/AP Photo) 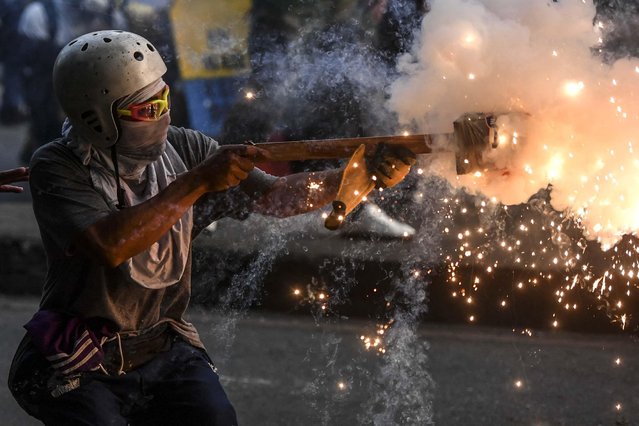 Demonstrators clash with Riot police during a new protest against the government of Colombian President Ivan Duque, in Medellin on May 19, 2021. The protest movement in Colombia took to the streets again on Wednesday before sitting down to negotiate with the government an eventual solution to the crisis that erupted on April 28, and fuelled by police abuses partially recognized by President Ivan Duque. (Photo by Joaquin Sarmiento/AFP Photo) 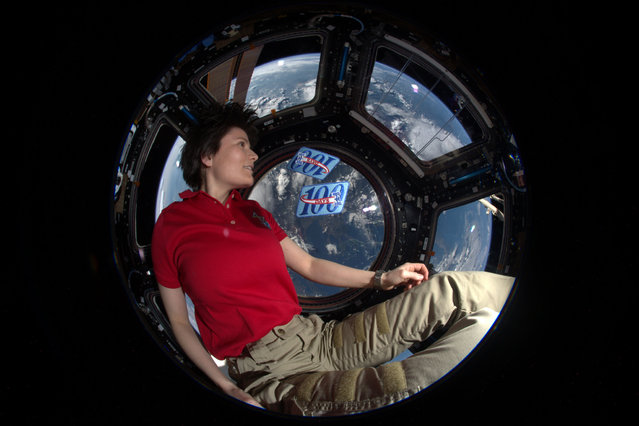 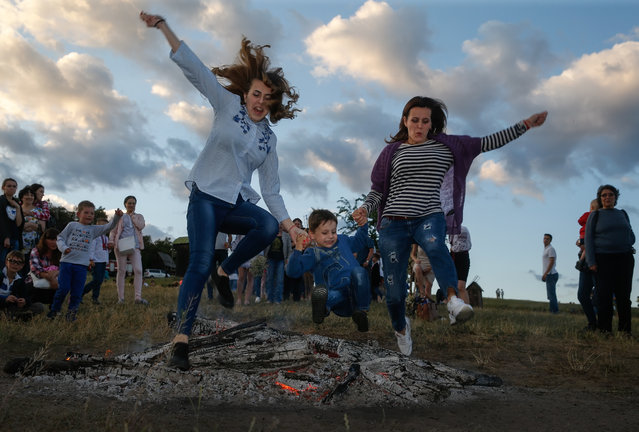 Ukrainians jump over a fire in Kiev, Ukraine, 06 July 2017, as they celebrate the traditional pagan holiday of Ivana Kupala. Ivana Kupala is celebrated, during the summer solstice, on the shortest night of the year, marking the beginning of summer and is celebrated in Ukraine, Belarus, Poland and Russia on the night of 06 July. People sing and dance around bonfires, play games and perform traditional rituals. Young people jump over bonfires in order to test their bravery. Couples holding hands jump over the flames to test their love. If the couple does not succeed it is predicted to split up. Traditionally, children and young unmarried women wear wreaths of wild flowers on their heads to symbolize purity. (Photo by Sergey Dolzhenko/EPA) 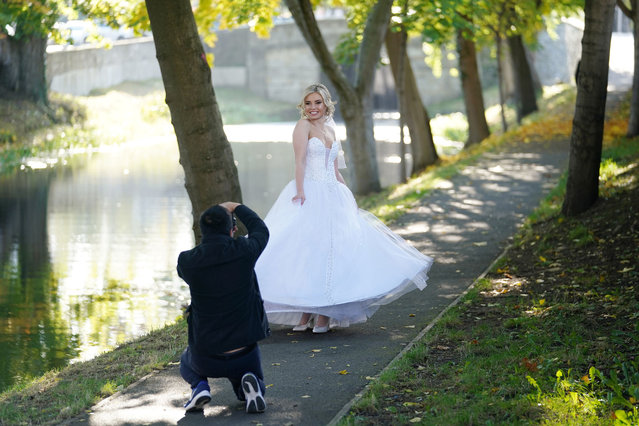 Bride Rita Nunes is seen on her wedding day, after having to cancel it previously due to lockdown, posing in autumn sunlight for a wedding photographer amid the coronavirus disease (COVID-19) pandemic in Dublin, Ireland, October 14, 2020. (Photo by Clodagh Kilcoyne/Reuters) 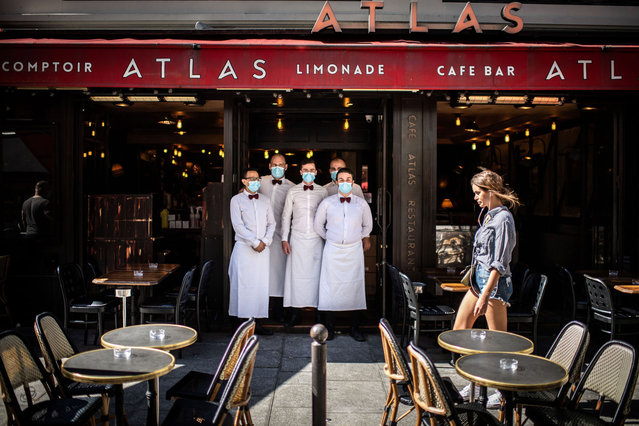 Waiters pose at their terrace of their restaurant rue de Buci in Paris on June 2, 2020, as cafes and restaurants reopen in France, while the country eases lockdown measures taken to curb the spread of the COVID-19 (the novel coronavirus). (Photo by Martin Bureau/AFP Photo) 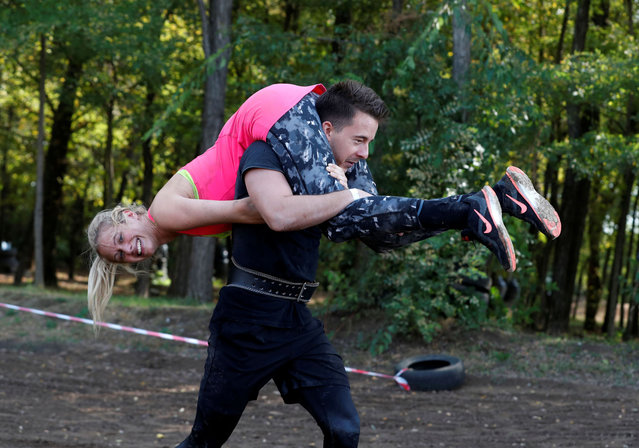