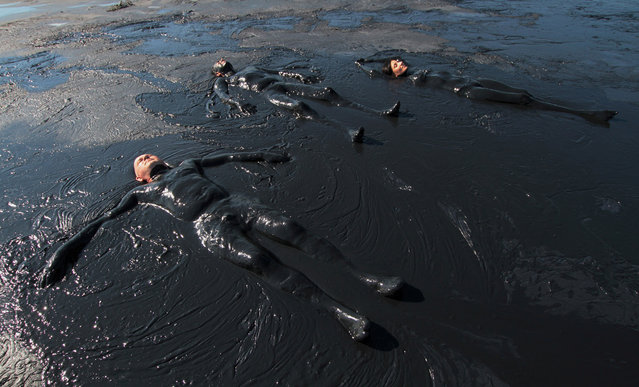 People take a mud bath in the Chokrak lake near the village of Kurortnoye on the Kerch peninsula, Crimea on July 7, 2019. (Photo by Alexey Pavlishak/Reuters) 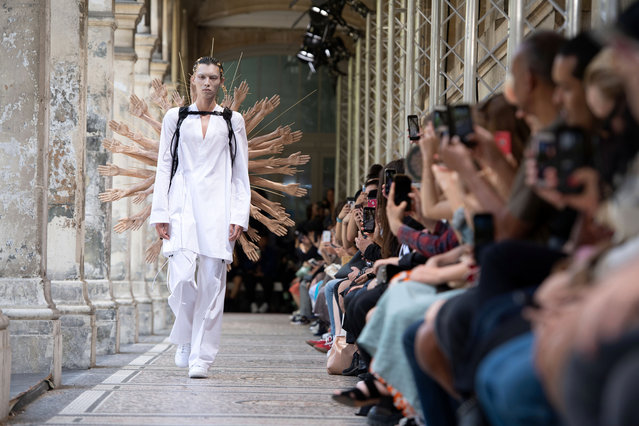 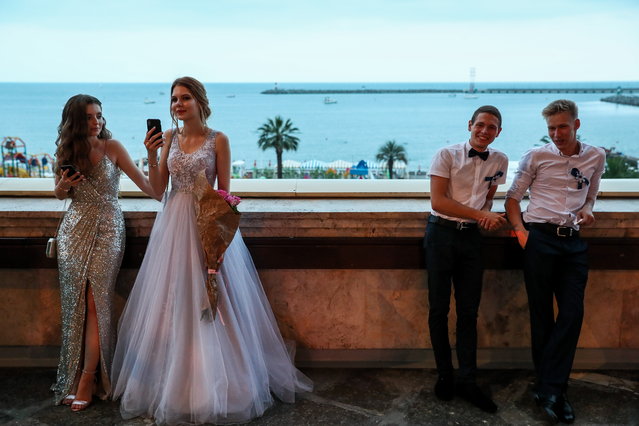 Young people after a traditional parade of school leavers through the city in Sochi, Russia on June 25, 2019. (Photo by Dmitry Feoktistov/TASS) 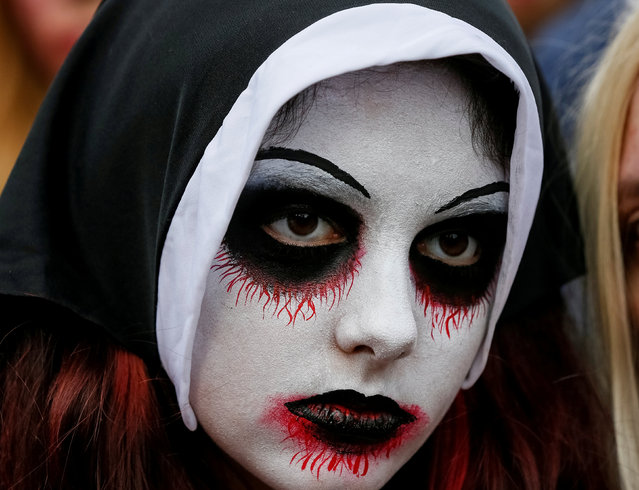 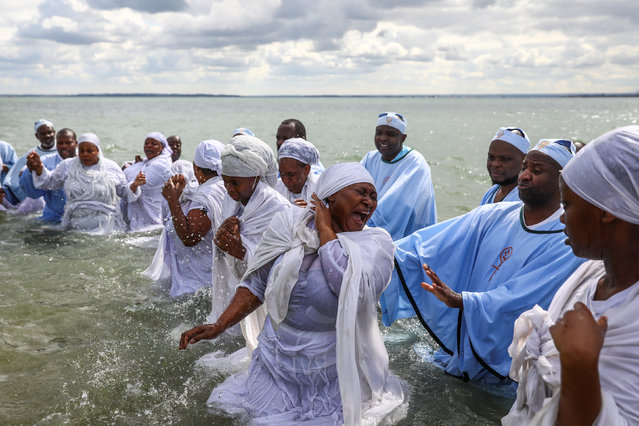 A woman reacts as senior members of the Apostles Of Muchinjikwa Christian church baptise members during a mass Baptism (Jorodhani) on the beachfront on Southend-on-Sea, Britain, August 25, 2018. Members of the church travel to Southend-on-Sea from all over the country, some from as far as Scotland, to join members from London, Leeds and Leicester for an annual ceremony. (Photo by Simon Dawson/Reuters) 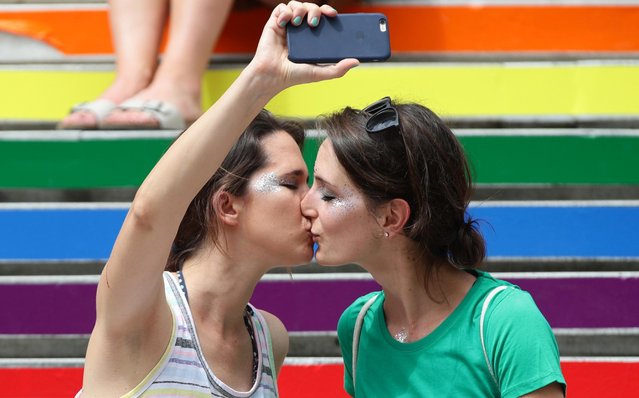 Revellers take part in the LGBT Rainbow Parade during the EuroPride in Vienna, Austria on June 15, 2019. (Photo by Lisi Niesner/Reuters) 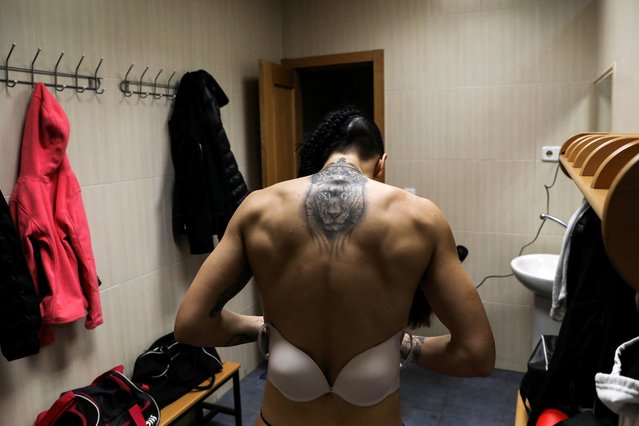 Miriam Gutierrez “La Reina” (The Queen), 36, gets dressed after training at her boxing gym in Madrid, Spain, March 26, 2019. Beaten up by her then-partner when she was pregnant with her first child, the young Spaniard has since used boxing, and now politics, to champion women's rights. Gutierrez, who has earned herself the nickname “The Queen” at her gym, became European lightweight boxing champion in March and was elected as a city councillor in a Madrid suburb in May. (Photo by Susana Vera/Reuters) 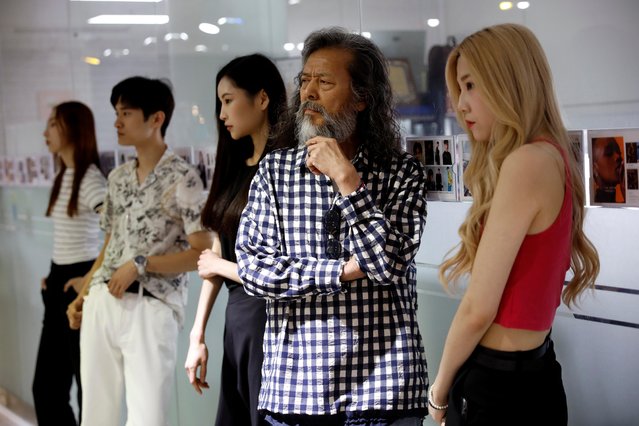 A South Korean senior model Kim Chil-doo, 65-years-old, attends a practice session in Seoul, South Korea, June 12, 2019. Seniors have flocked to modeling schools on the back of Kim's success. Others have become YouTube stars or signed up to teach Korean to K-pop fans overseas. (Photo by Kim Hong-Ji/Reuters) 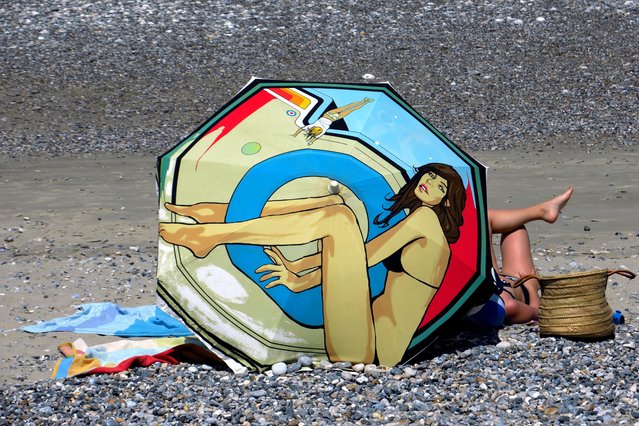 A woman sunbathes on the beach, as the heatwave hits France, in Le Hourdel, near Cayeux-sur-Mer, France, June 29, 2019. (Photo by Pascal Rossignol/Reuters) 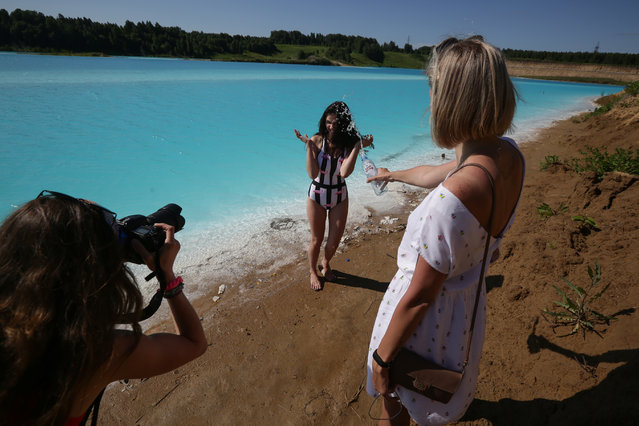 A young woman poses for pictures by a Novosibirsk energy plant's ash dump site – nicknamed the local “Maldives” – on July 11, 2019. An industrial dump site in Siberia whose turquoise lake resembles a tropical paradise has become a magnet for Instagrammers who risk their health in the toxic water to wow online followers. (Photo by Rostislav Netisov/AFP Photo) 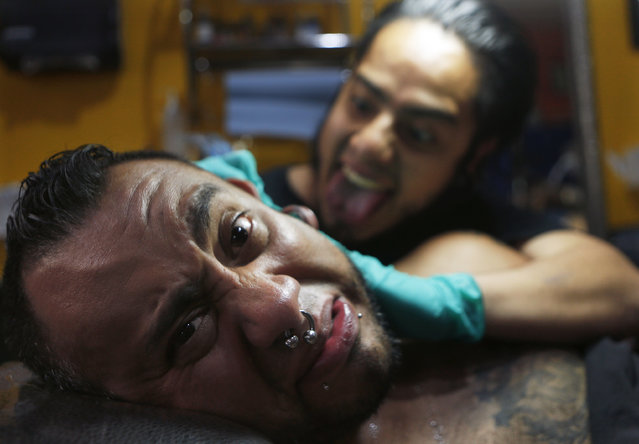 In this April 18, 2019 photo, tattoo artist Lalo Calva inks a tattoo on client Adrian Alonso Rodriguez, a journalist, announcer and dubbing artist, at the Corona Tattoo parlor in Mexico City. Not only inks and techniques have changed in Mexico over the years, but tattoos themselves have evolved from stigmatized symbols of gangs, violence and poverty to an art form. (Photo by Marco Ugarte/AP Photo) 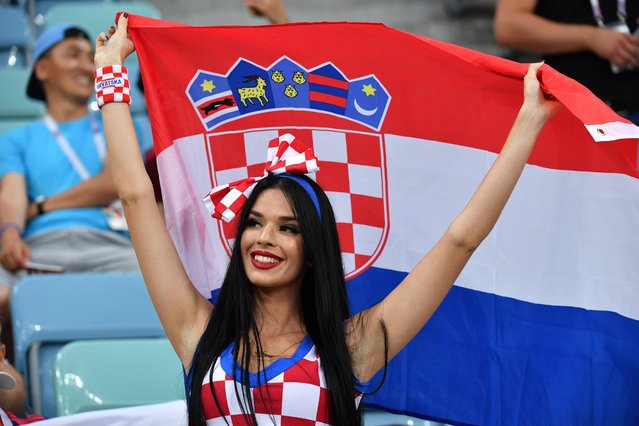 A fan of Croatia is seen before the 2018 FIFA World Cup Russia Quarter Final match between Russia and Croatia at Fisht Stadium on July 7, 2018 in Sochi, Russia. (Photo by Mao Jianjun/China News Service/VCG) 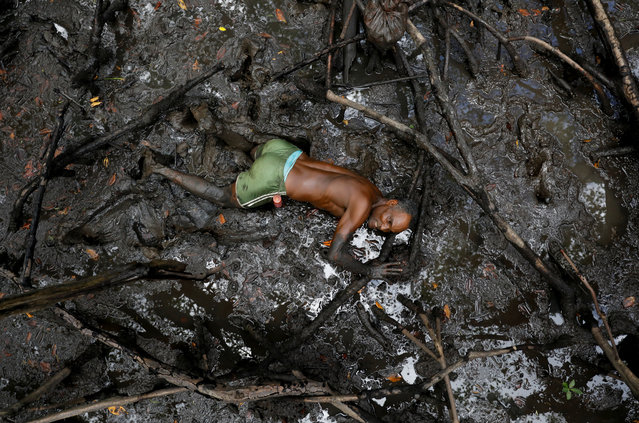 Fisherman Jose da Cruz, who is known by the nickname Vampire because of his distinctive teeth, catches crabs inside mangrove forests on the Caratingui river, in Cairu, state of Bahia, Brazil, April 3, 2019. Cruz's average daily catch is half of what it was 10 years ago. In that time, the water line has advanced 3 meters inland from where it used to be, according to Cruz. “Nature is upset. ... In Antarctica, it's melting, nature is melting”, he said. “People, you have to have some awareness about what is happening. It's clear what is happening”. (Photo by Nacho Doce/Reuters) 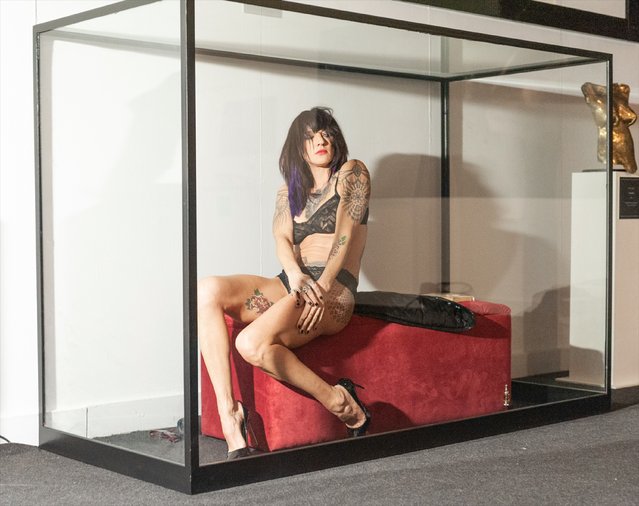 Performance of the actress Asia Argento dedicated to the exhibition of the tattoo artist Marco Manzo at the Vittoriano museum in Rome, Italy on December 11, 2018. (Photo by Barbara Amendola/IPA Press) 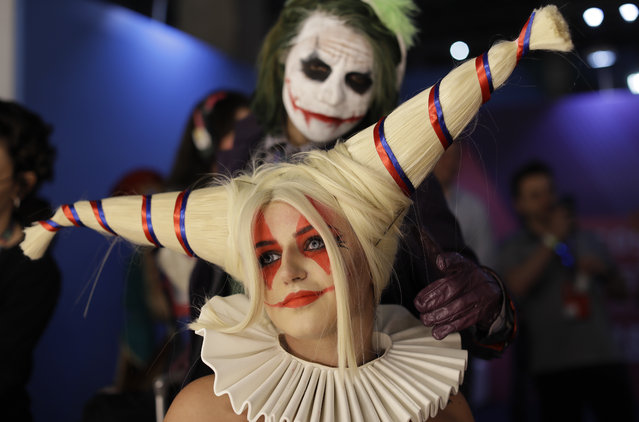 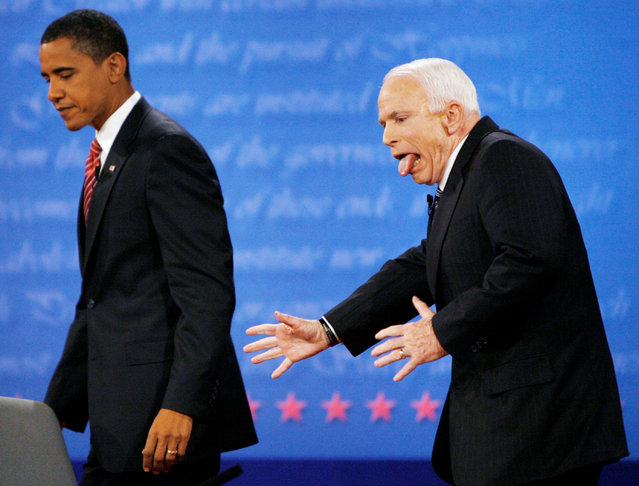 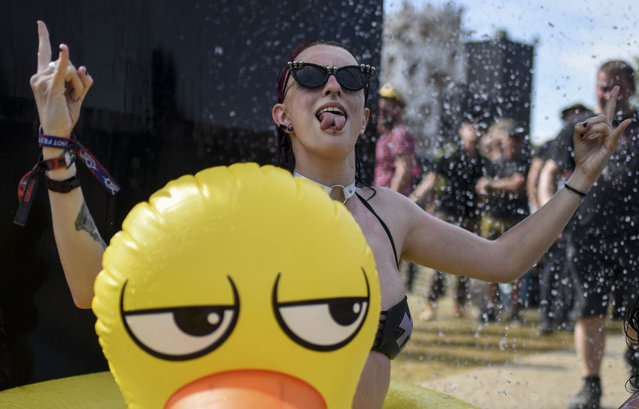 A festival-goer is seen under a curtain of water during the 15th edition of the Hellfest metal music festival in Clisson, western France, on June 23, 2019. (Photo by Sebastien Salom Gomis/SIPA Press) 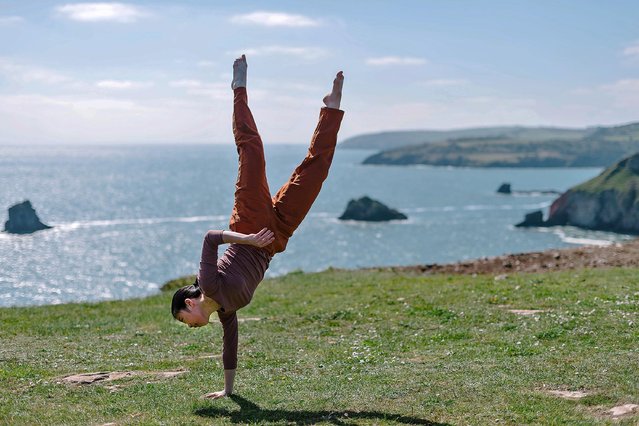 Shaw En Chew, a Singaporean dancer, joins a cast from Torbay in Silence Between Waves, a dance performance with Berry Head as its backdrop in England on April 17, 2019. (Photo by Jim Wileman/The Times) Ballet dancer twins Laurie McSherry-Gray and Joshua (right) at the Humber Bridge, near their hometown of Hull, England on April 20, 2019. (Photo by Andy Weekes/Shutterstock) 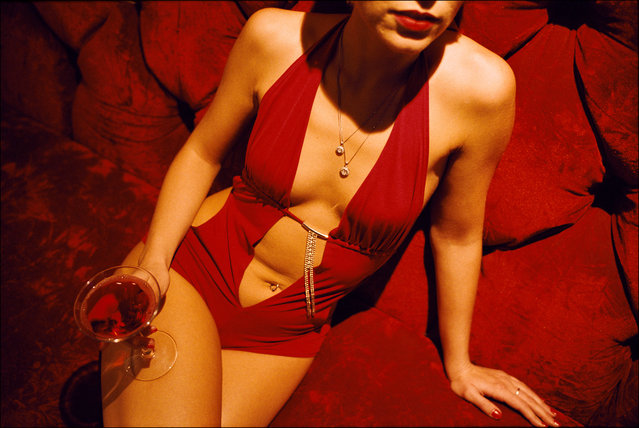 Brooke Taylor, one of the “stars” of the Moonlite Bunny Ranch, a legal brothel owned by Dennis Hof, in Lyon County, one of the fews counties in the USA which permits legalized prostitution. Prostitutes are told to wear outfits that are s*xy but not vulgar. Madame Suzette, who likes to say that she “manages the girls with an iron fist and a velvet glove”, is called “Mom” by the prostitutes. Each prostitute from out of state works and sleeps in one of the brothel's 30 rooms during the entire duration of her stay. The local ones are allowed to go home after their shift. The Moonlite Bunny Ranch was featured in HBO reality TV show “Cathouse: The Series” between 2005 and 2007. (Photo by Stephan Gladieu/Getty Images)
Edit Del
14 Jul 2019 00:01:00, post received 0 comments
Publication archive:
←   →
Popular tags:
All tags
Last searches: