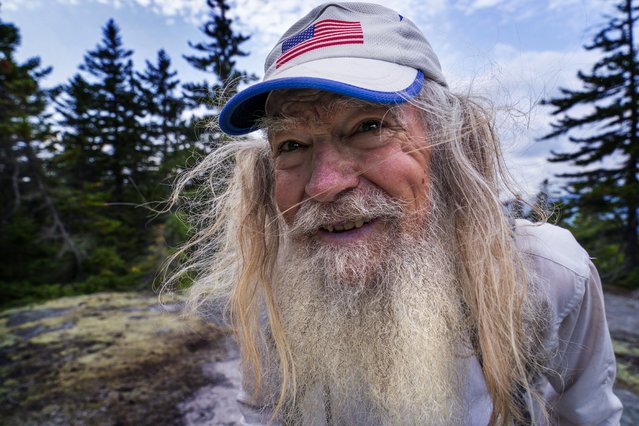 M.J. Eberhart, 83, arrives on the summit of Mount Hayes on the Appalachian Trail, Sunday, September 12, 2021, in Gorham, New Hampshire. Eberhart, who goes by the trail name of Nimblewill Nomad, is the oldest person to hike the entire 2,193-mile Appalachian Trail. (Photo by Robert F. Bukaty/AP Photo) 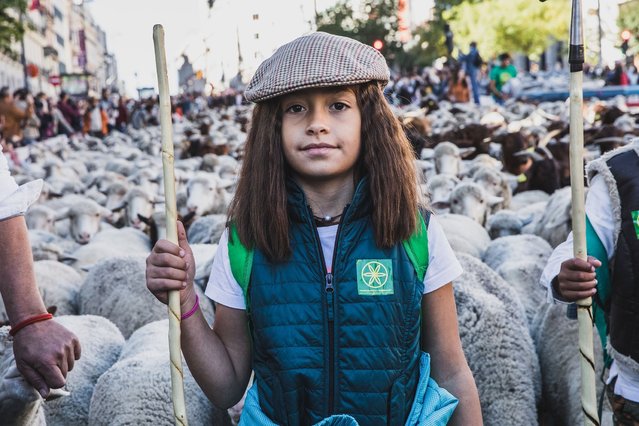 A young shepherd guides a flock of sheep passes through the streets during the Transhumance Festival on October 24, 2021 in Madrid, Spain. The Transhumance Festival is a traditional event with thousands of sheep filling the main roads of the Spanish capital. Since 1994, the event has claimed to highlight the role of transhumance, the seasonal moving of livestock between pastures, and extensive livestock farming as tools for conserving biodiversity and fighting climate change. (Photo by Aldara Zarraoa/Getty Images) 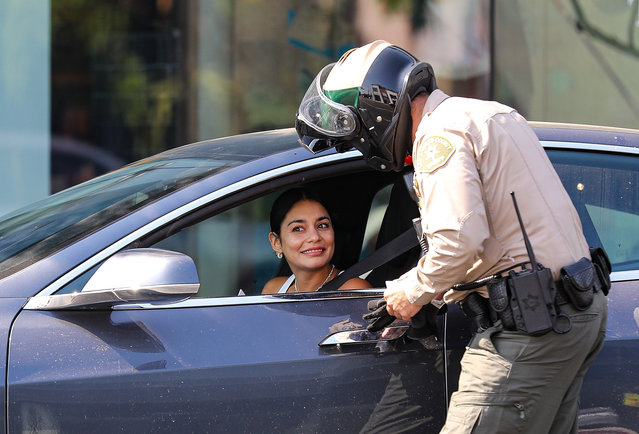 Actress Vanessa Hudgens starts her week off with a ticket for using her phone while driving in West Hollywood, CA. on August 30, 2021 The actress seems to try to charm her way out of the violation with a smile but has no luck. (Photo by Backgrid USA) 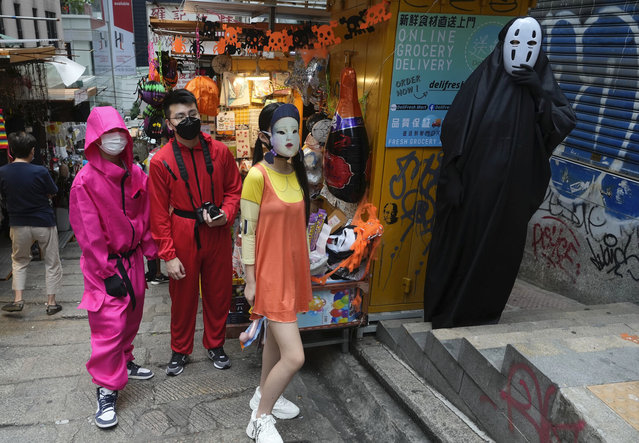 People in costumes pose for photos during Halloween along a street in Hong Kong, Sunday, October 31, 2021. (Photo by Vincent Yu/AP Photo) 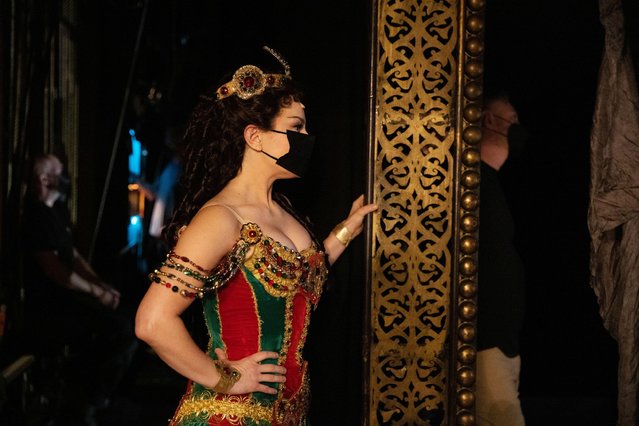 Actor Meghan Picerno, dressed as her character “Christine Daae”, looks on from the wings of the stage during a final dress rehearsal ahead of the reopening of “The Phantom of the Opera” at the Majestic Theater in New York, U.S., October 19, 2021. (Photo by Caitlin Ochs/Reuters) 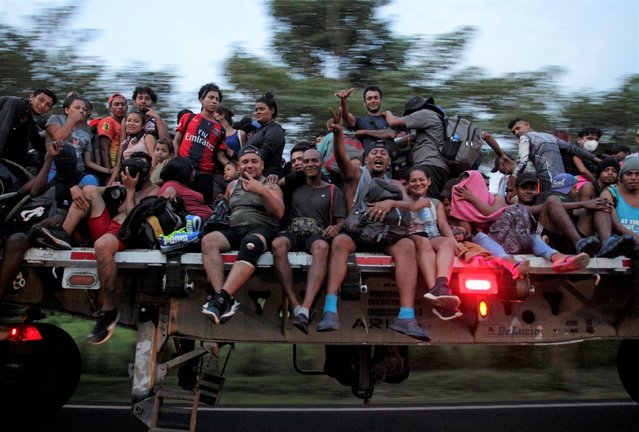 Migrants ride on the back of a truck to avoid walking as they take part in caravan heading to Mexico City, in Juan Sabines Gutierrez, Mexico on November 4, 2021. (Photo by Daniel Becerri/Reuters) 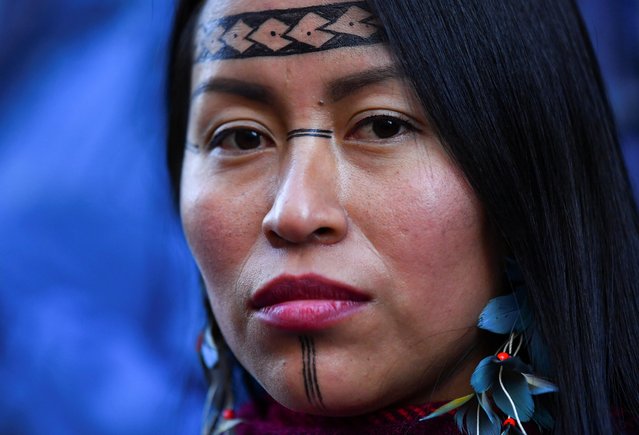 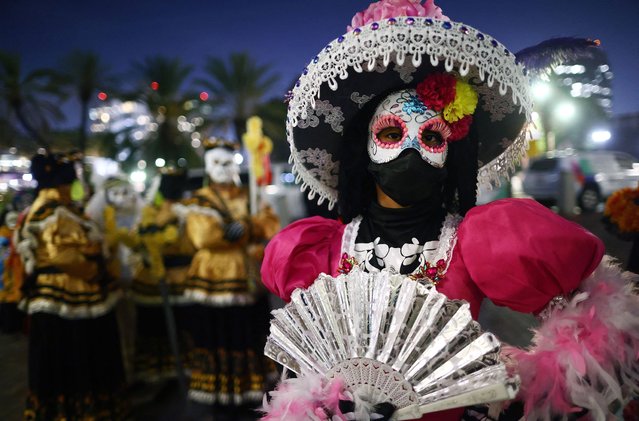 Performers wait to march in a Dia de los Muertos (Day of the Dead) procession through historic Olvera Street on November 01, 2021 in Los Angeles, California. The COVID-19 pandemic forced Olvera Street organizers to hold the festival in a virtual format last year. The traditional Mexican festival with Aztec roots sees people celebrate and commemorate the spirits of departed loved ones. Olvera Street is part of El Pueblo de Los Angeles Historic Monument and is considered the oldest street in Los Angeles. (Photo by Mario Tama/Getty Images) 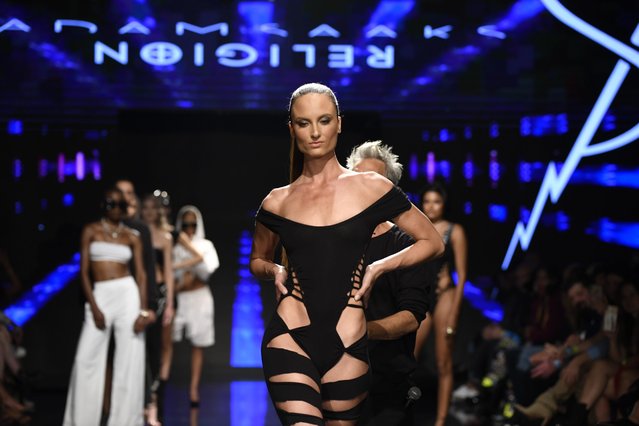 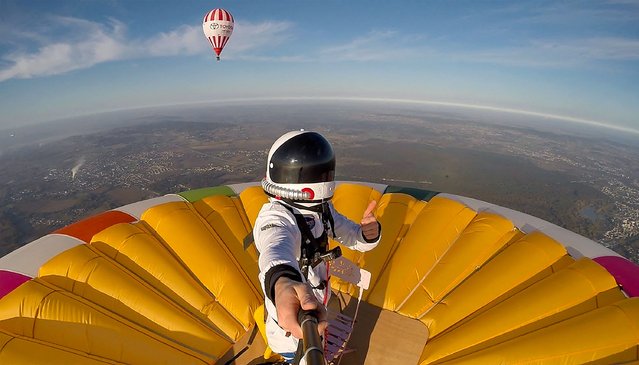 This selfie picture taken on November 10, 2021, shows French balloonist Remi Ouvrard attempting to set a world record by standing on the top of a hot air balloon for the Telethon at an altitude of over 3637 meters, in Chatellerault, western France. (Photo by Remi Ouvrard/AFP Photo) 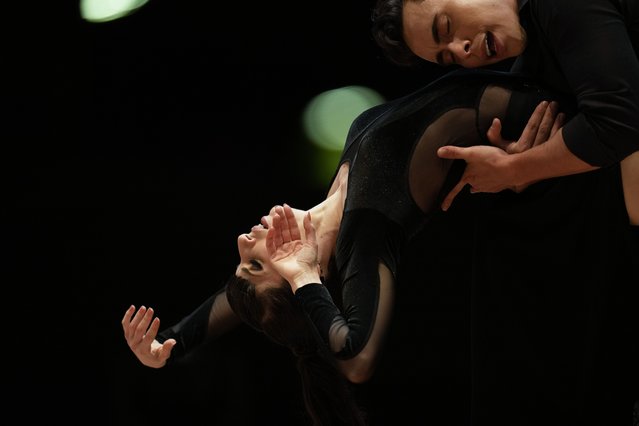 Jhonny Caravajal and Lucila Coultas dance while competing in the final round of the stage category during the Tango World Championship in Buenos Aires, Argentina, Saturday, September 25, 2021. (Photo by Natacha Pisarenko/AP Photo) 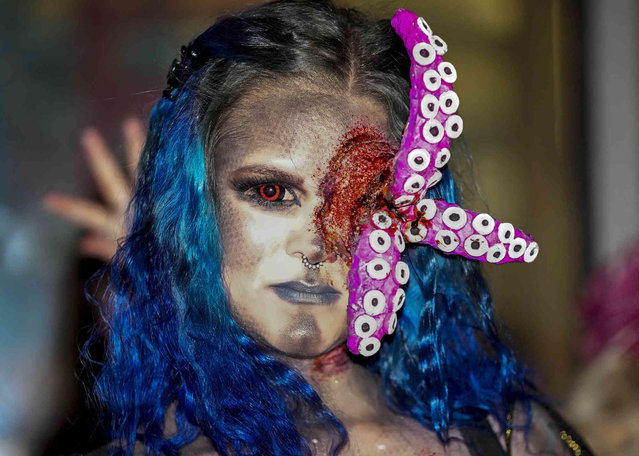 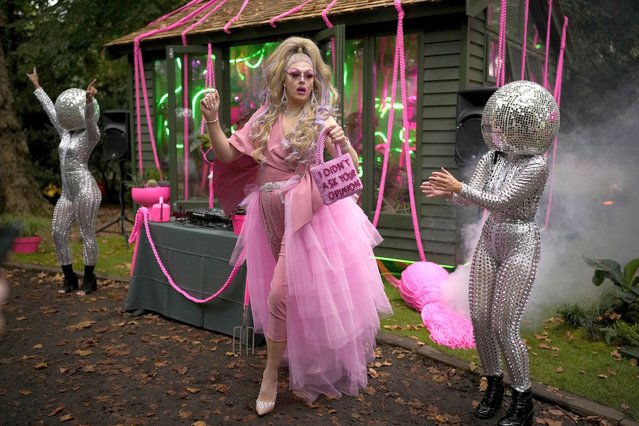 Daisy the Drag Queen Gardener dances next to performers wearing disco ball heads by the “The Green Room” show garden at the RHS (Royal Horticultural Society) Chelsea Flower Show in London, Monday, September 20, 2021. World-renowned and quintessentially British, the annual show is a celebration of horticultural excellence and innovation. The show which usually takes place every May was delayed until September this year due the Coronavirus pandemic. (Photo by Matt Dunham/AP Photo) 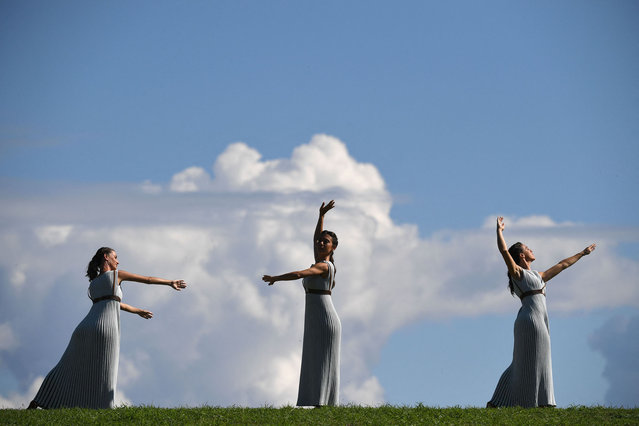 Actresses playing the role of a Priestess, perform during the flame lighting ceremony for the Beijing 2022 Winter Olympics at the Ancient Olympia archeological site, birthplace of the ancient Olympics in southern Greece on October 18, 2021. The Olympic flame will once again be lit in an empty stadium on October 18, 2021, as it starts its truncated journey to Beijing for the Winter Games in February. Like the ceremony in March 2020 to light the flame for Tokyo, and like those Games, which were put back a year, Monday's ceremony is a victim of coronavirus restrictions. (Photo by Aris Messinis/AFP Photo) 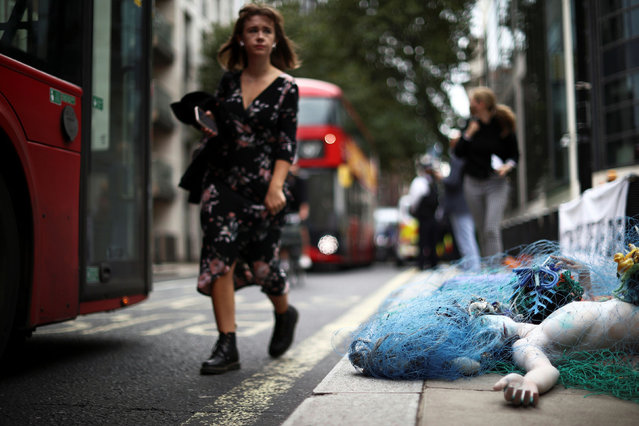