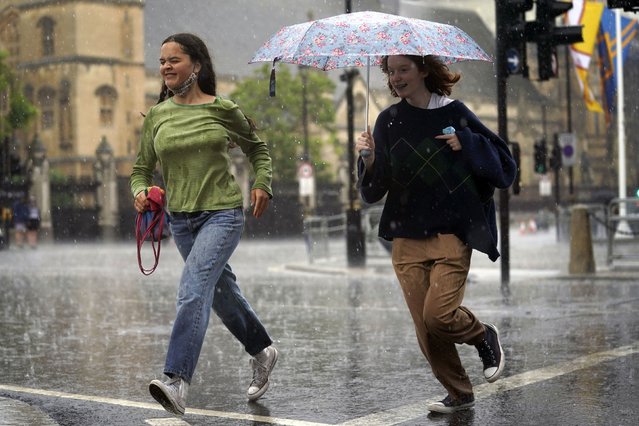 Two women run through Parliament Square in central London, Sunday July 25, 2021. Thunderstorms bringing lightning and torrential rain to the south are set to continue until Monday it is forecast. (Photo by Victoria Jones/PA Wire via AP Photo) 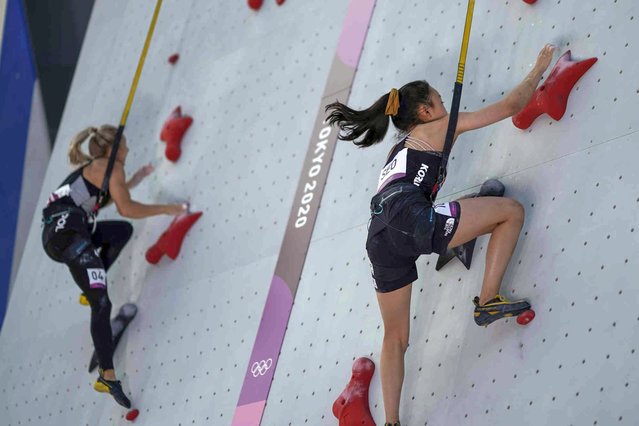 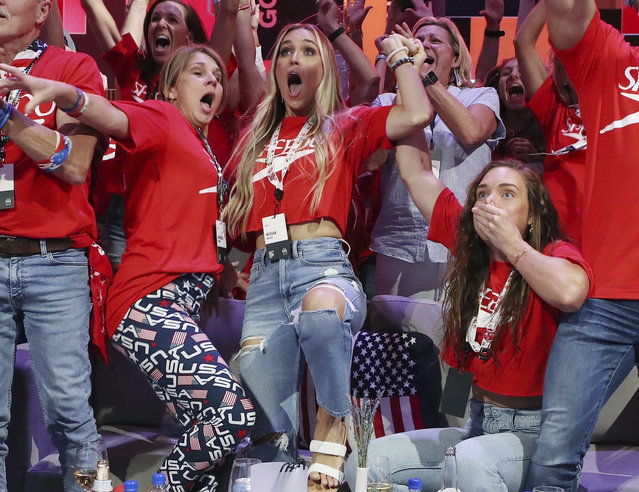 Christina Dressel, mother of Olympic swimmer Caeleb Dressel, (left), and Meghan Dressel, wife of Caeleb, (second from left) both fall down as they react as Caeleb wins the gold medal in the 100-meter butterfly race at the Tokyo Olympics on Friday, July 30, 2021. Caeleb’s family was watching the Olympics live broadcast on NBC at the Olympic Family & Friends Experience at Universal Orlando. (Photo by Stephen M. Dowell/Orlando Sentinel via AP Photo) 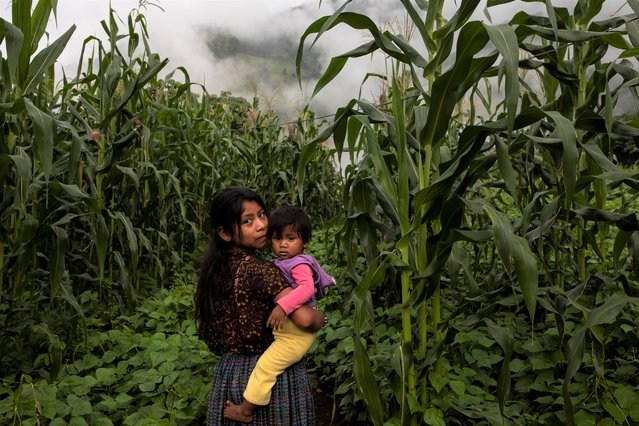 A girl holding a toddler, eyes the camera as she walks through a cornfield in the makeshift settlement Nuevo Queja, Guatemala, Saturday, July 10, 2021. Nuevo Queja is home to about 1,000 survivors from Queja, a community buried in a mudslide triggered by Hurricane Eta. (Photo by Rodrigo Abd/AP Photo) 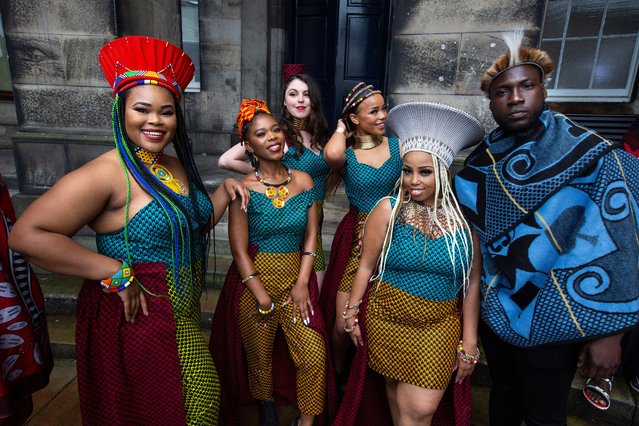 Members of Shona the Musical Choir pose before performing songs from their show set in Scotland and Zimbabwe in Edinburgh, United Kingdom on August 5, 2021. The choir is making its Edinburgh festival debut at Edinburgh Park. (Photo byMurdo MacLeod/The Guardian) 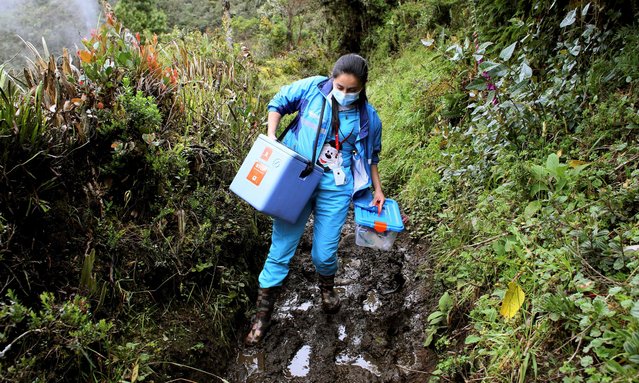 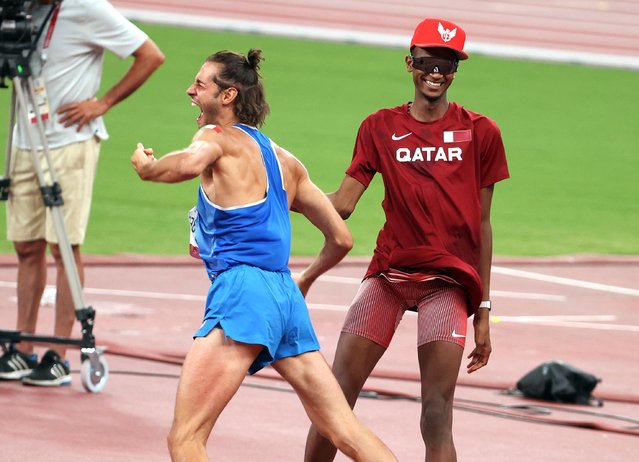 Gianmarco Tamberi of Italy and Mutaz Essa Barshim of Qatar share the Gold Medal in the Men's High Jump Final on day nine of the athletics events of the Tokyo 2020 Olympic Games at Olympic Stadium on August 1, 2021 in Tokyo, Japan. (Photo by Jean Catuffe/Getty Images) 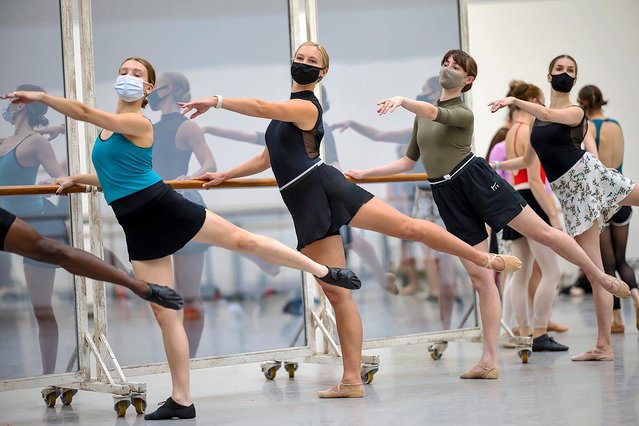 Dancers of Scottish Ballet practise at the Tramway arts venue in Glasgow, Scotland on August 18, 2021 for a tour of Gene Kelly’s Starstruck, starting next month. It will be their first production since restrictions ended. (Photo by James Glossop/The Times) 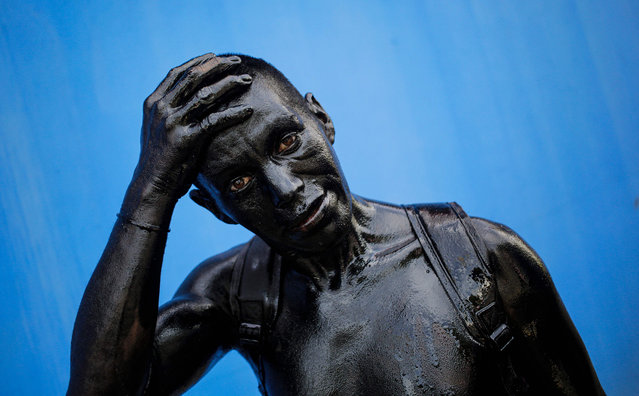 A man with his body covered in motor oil takes part in the celebrations honouring the patron saint of Managua, Santo Domingo de Guzman, in Managua on August 1, 2021. (Photo by Oswaldo Rivas/AFP Photo) 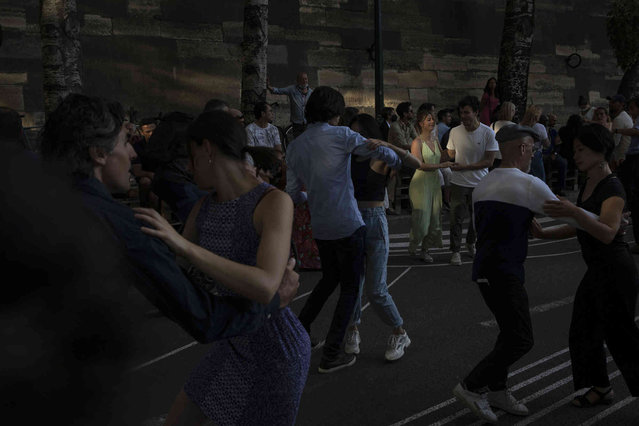 People dance swing on the rhythms of a live band by the restaurant Le Marcounet, in Paris, Sunday, August 1, 2021. The sanitary pass, which proves someone has been vaccinated or recently done a test or recovered from Covid-19, will be mandatory in bars and restaurants, cultural venues of more than 50 people, museums, shopping malls and for long distance travels. (Photo by Adrienne Surprenant/AP Photo) 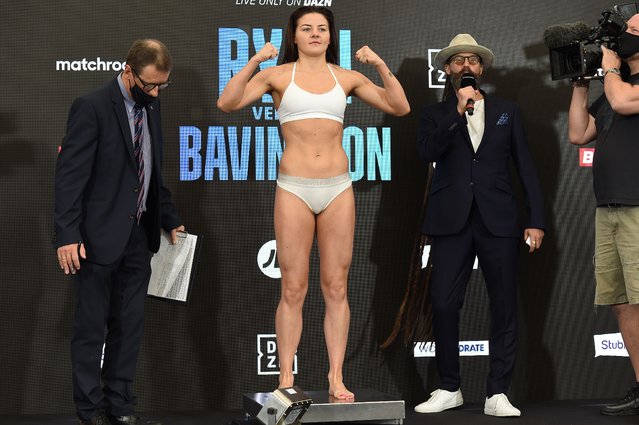 Sandy Ryan at the Matchroom Fight Camp weigh in on July 30, 2021 in Brentwood, England. (Photo by Leigh Dawney/Getty Images) 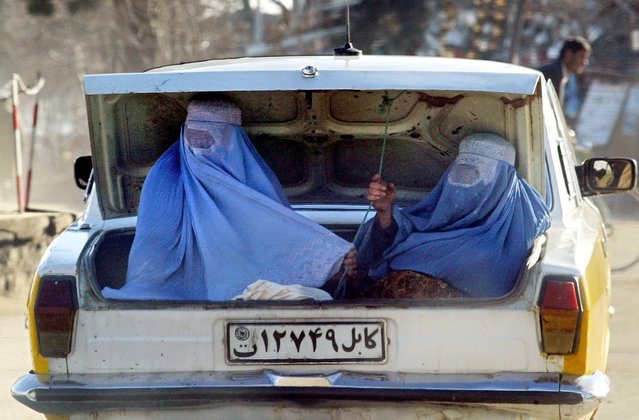 Veiled Afghan women ride in the trunk of a car in Charikar, north of Kabul, Afghanistan on February 18, 2003. (Photo by Reuters/Stringer) A woman reacts after getting her shot of Russia's Sputnik V coronavirus vaccine during a vaccination drive at University Stadium in Mexico City, Friday, July 23, 2021. So far, about 42.4 million people have been vaccinated, according to the health ministry. That is about 47% of the adult population, and about 30% of the total population. (Photo by Fernando Llano/AP Photo) 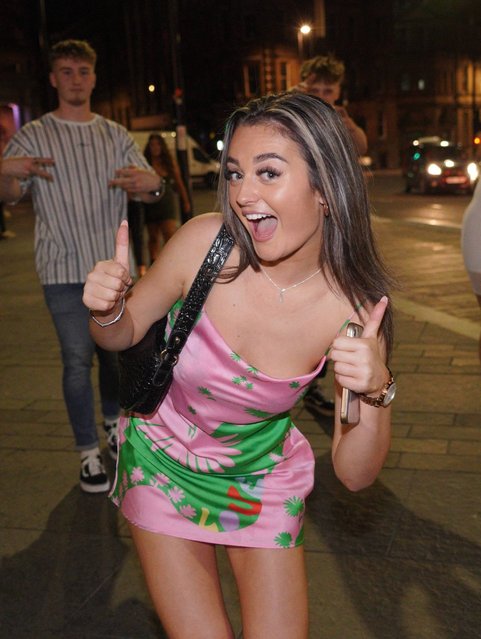 One happy reveller smiled and gave a thumbs up to the camera in Newcastle, United Kingdom after receiving their A Level results on Tuesday, August 10, 2021. Students hit the town across the country, downing cocktails and letting their hair down after two years of studying during the pandemic. (Photo by Newcastle New Projects) 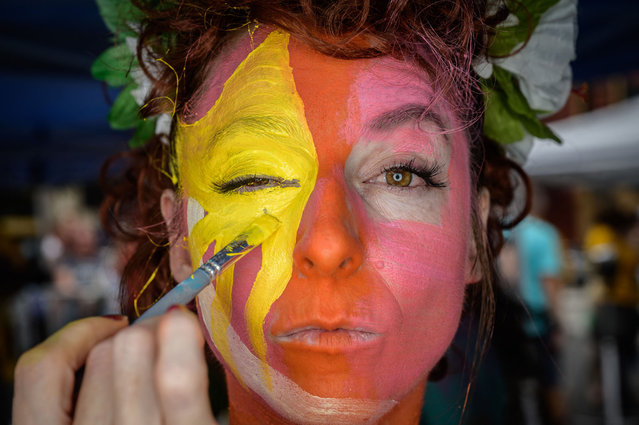 Participant Tricia Storie poses for a portrait after being painted during the annual NYC Bodypainting Day at Union Square in New York on July 25, 2021. The annual self-titled event aims to promote acceptance and the “use of the human form as an aesthetic versus personal identity”. (Photo by Ed Jones/AFP Photo)
Edit Del
23 Aug 2021 03:26:00, post received 0 comments
Publication archive:
←   →
Popular tags:
All tags
Last searches: