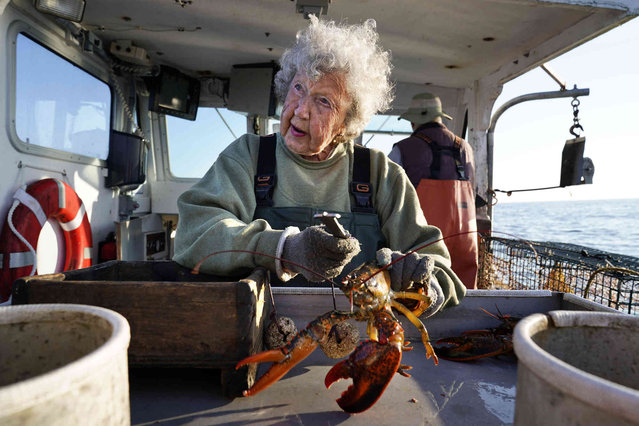 Virginia Oliver, age 101, works as a sternman, measuring and banding lobsters on her son Max Oliver's boat, Tuesday, August 31, 2021, off Rockland, Maine. The state's oldest lobster harvester has been doing it since before the onset of the Great Depression. (Photo by Robert F. Bukaty/AP Photo) 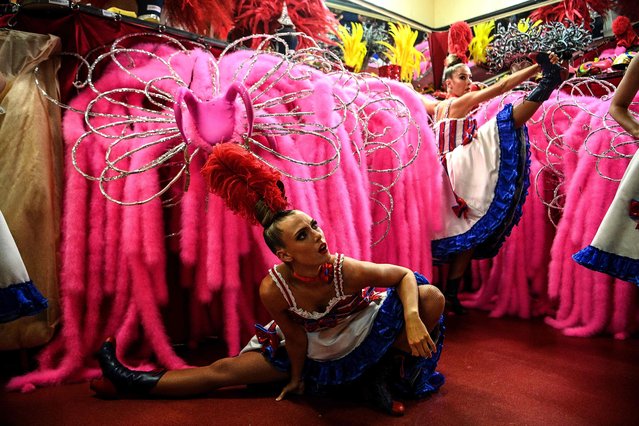 Dancers warm up in the wings before performing in a full-dress rehearsal at the Moulin Rouge in Paris on September 8, 2021, two days ahead of the reopening of the cabaret following an 18-month closure amid the COVID-19 pandemic. Closed for a year and a half due to the pandemic, the Moulin Rouge and Le Lido, emblems of the crazy Parisian nights since 1889, are finally reopening. (Photo by Christophe Archambault/AFP Photo) 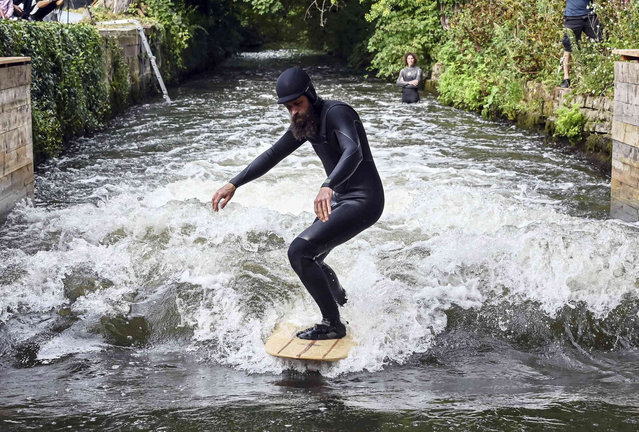 Jonas Buchholz stands on a surfboard in the “blackforestwave” surfing facility in Pforzheim, Germany, Friday, Sept. 17, 2021. (Photo by Uli Deck/dpa via AP Photo) 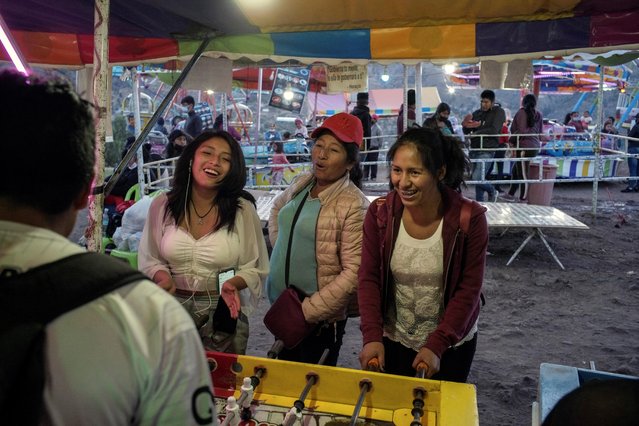 Women play a carnival game in the region where Shining Path, the Peruvian guerrilla group whose founder Abimael Guzman recently died, was once active, in Ayacucho, Peru on September 12, 2021. (Photo by Alessandro Cinque/Reuters) 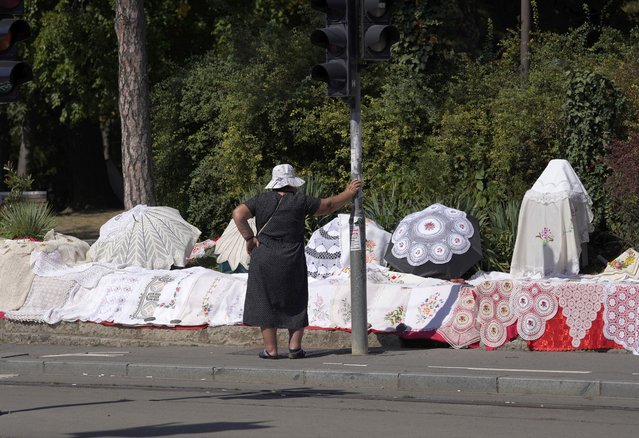 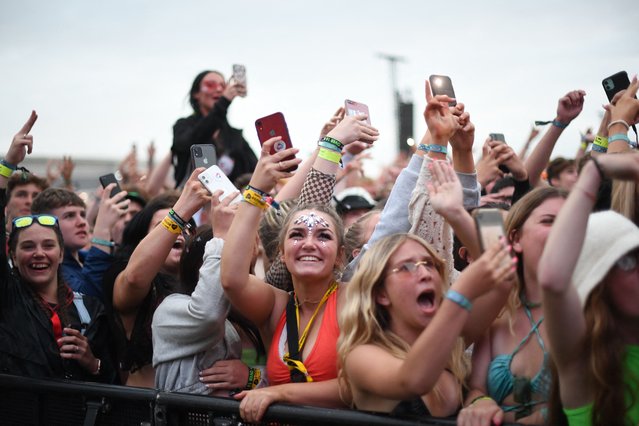 Festival-goers hold up their mobile phones as they watch British rapper AJ Tracey perform on stage at Reading Festival in Reading, west of London, on August 27, 2021. As coronavirus covid-19 infection levels rise across the country, vaccines will be offered to revellers throughout the weekend. The organiser of Reading and Leeds Festivals has said such events are arguably “safer places to be” because attendees have been tested for covid-19. The festivals are returning this year with headliners including Stormzy, after being cancelled last year due to the pandemic. (Photo by Daniel Leal-Olivas/AFP Photo) 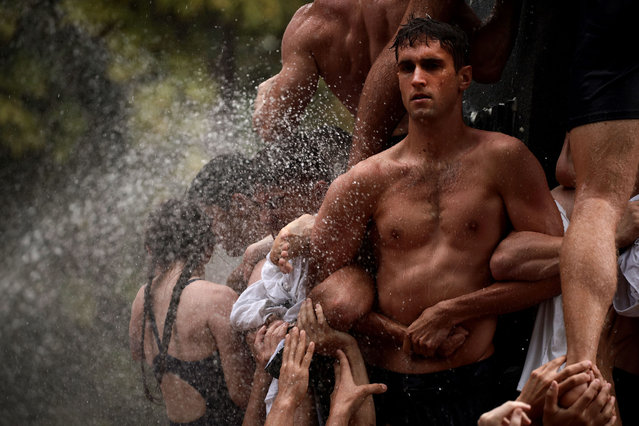 Members of the 2023 midshipmen's class from the U.S. Naval Academy work to scale the Herndon Monument and place an upperclassman’s hat on the 21-foot obelisk on August 22, 2021 in Annapolis, Maryland. The class of 2023 resumed the 70-year tradition of replacing a Dixie cup sailor's cap atop the monument with an upperclassman’s hat following cancellation in 2020 due to the Covid-19 pandemic. (Photo by Anna Moneymaker/Getty Images) 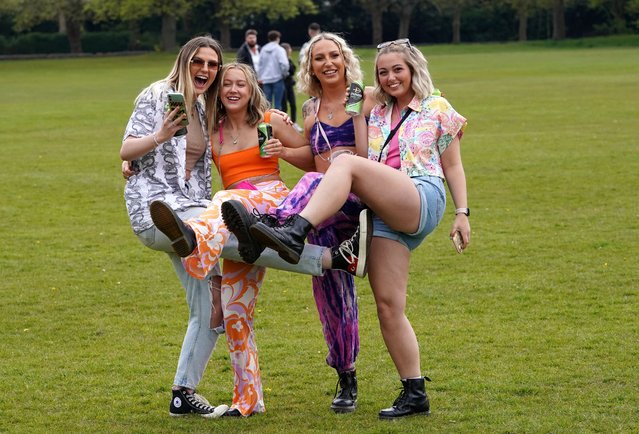 Revellers arriving for a music festival in Sefton Park in Liverpool, United Kingdom on Sunday May 2, 2021, as part of the national Events Research Programme (ERP). (Photo by Danny Lawson/PA Images via Getty Images) 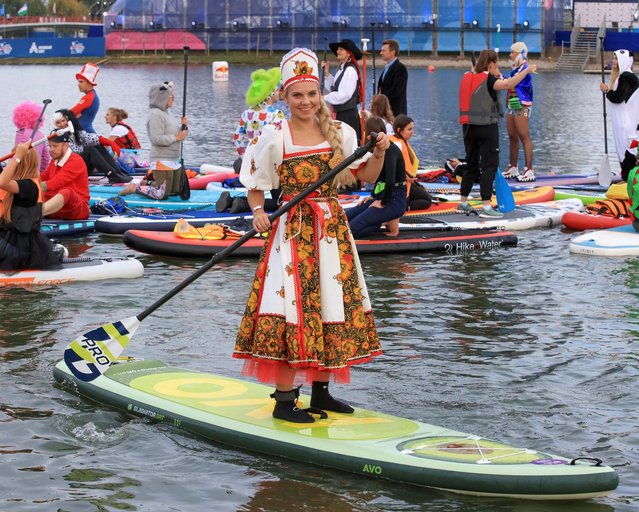 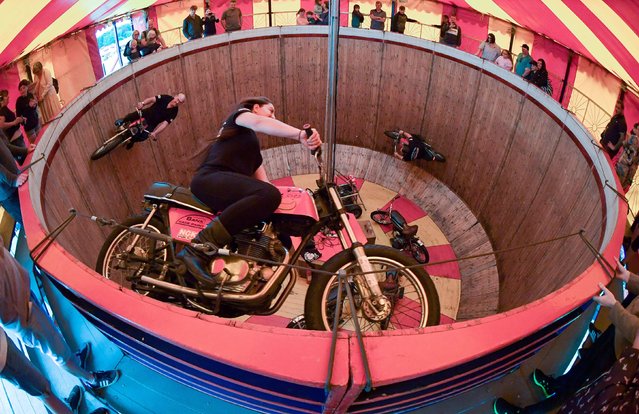 The Ken Fox Wall of Death Show puts on a display on August 27, 2021 in Shepton Mallet, England. This year The Royal bath and West Show is called The Bath and West Festival due to no show animals being present due to COVOD-19. The historic show is one of the oldest surviving agricultural shows in England taking place over four days. The first show took place in Taunton in 1852 and then toured the country for more than 100 years before a permanent home was found at Shepton Mallet in 1965. It gained its Royal Patronage in 1977. (Photo by Finnbarr Webster/Getty Images) 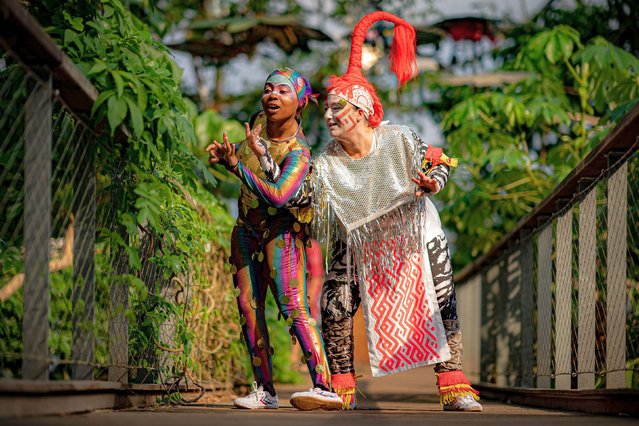 Artists rehearse an artistic performance routine inside the tropical rainforest biome at the Eden Project in Cornwall on July 12, 2021, where their summer programme of poetry, performance and art is gearing up to begin on the 19th of July, coinciding with the removal of coronavirus restrictions. (Photo by Ben Birchall/PA Images via Getty Images) 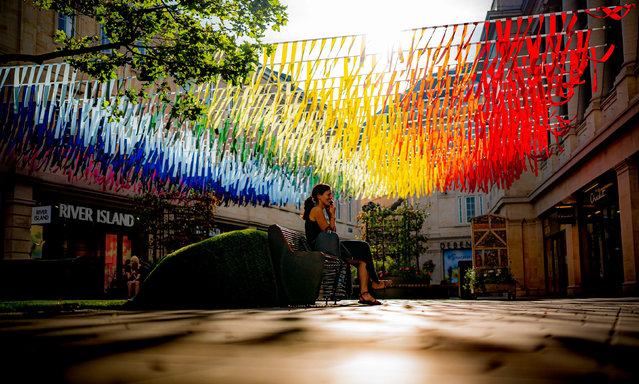 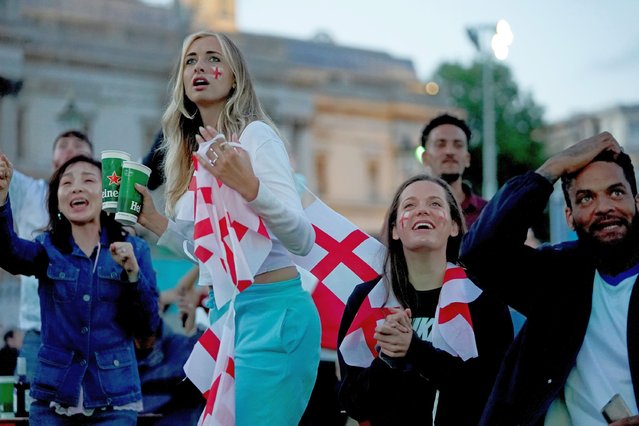 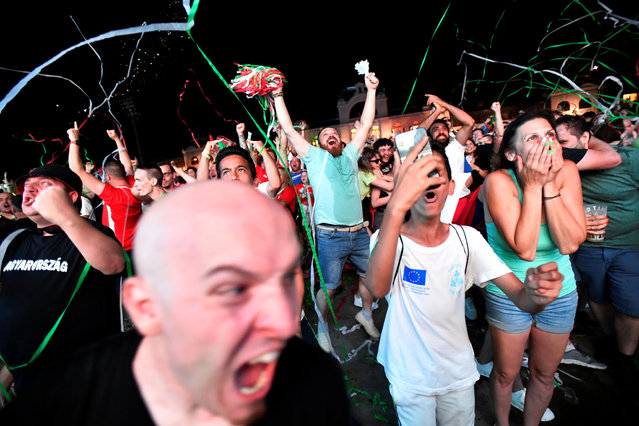 Hungary fans celebrate as they watch the match Germany v Hungary in Budapest, Hungary on June 23, 2021. (Photo by Marton Monus/Reuters) 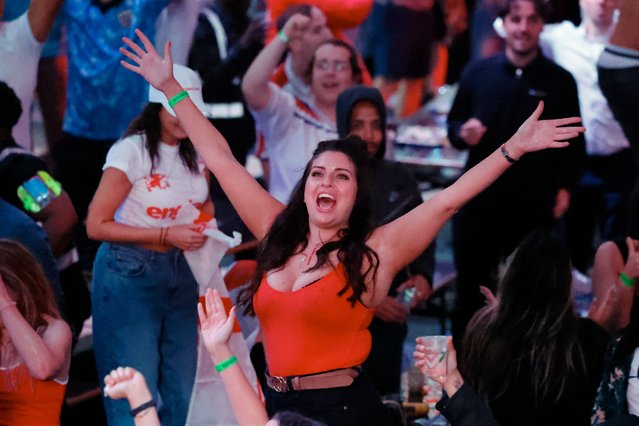