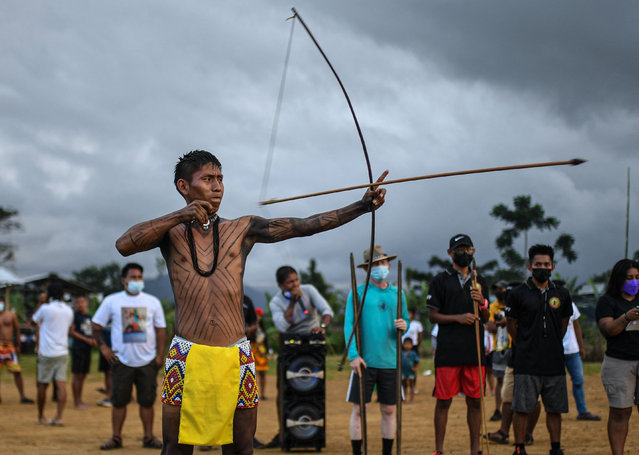 A Panamanian Embera indigenous competes in bow and arrow during the third ancestral indigenous games in Pueblo Nuevo Buri, province of Bocas del Toro, Panama on December 16, 2021. At least 250 indigenous from Panama's seven ethnic groups are fighting not only to win a medal in the Ancestral Indigenous Games, but also to rescue and perpetuate the customs and traditions of their communities. (Photo by Luis Acosta/AFP Photo) 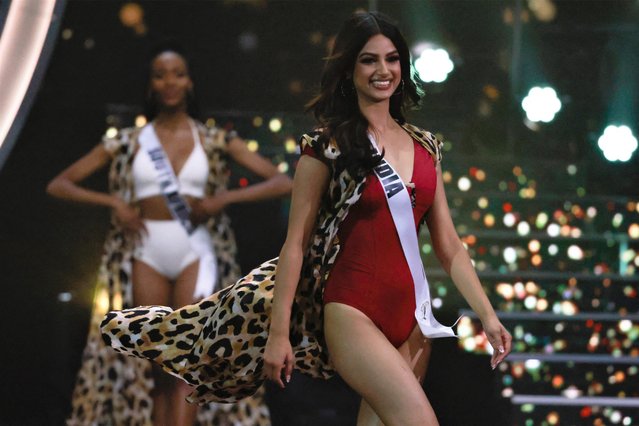 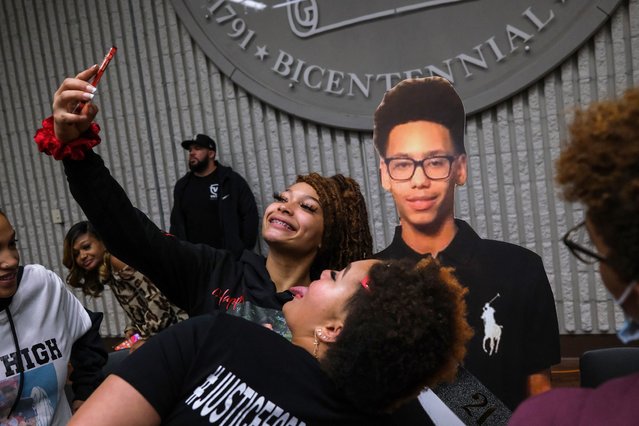 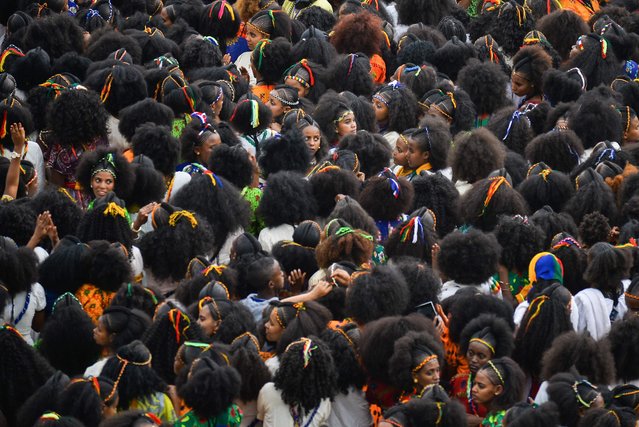 Ethiopian young women participate in the Ashenda festival, an annual celebration for girls, at Romanat square in Mekele, Ethiopia, on August 22, 2017. (Photo by Michael Tewelde/AFP Photo) 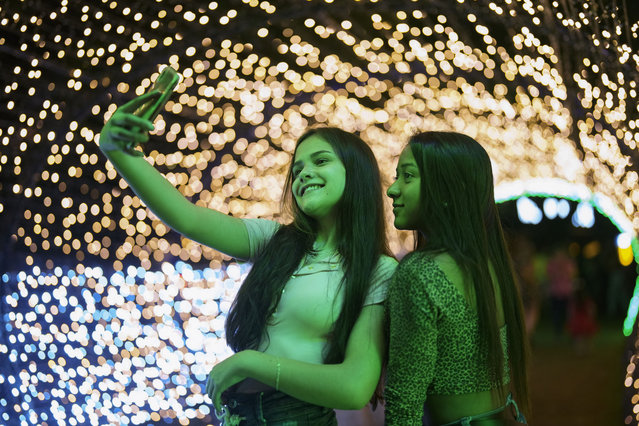 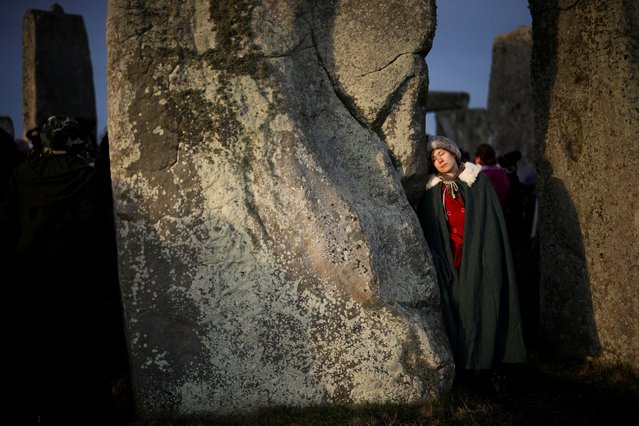 A person rests on the Stonehenge stone circle, as they welcome in the winter solstice, as the sun rises in Amesbury, Britain, December 22, 2021. (Photo by Henry Nicholls/Reuters) 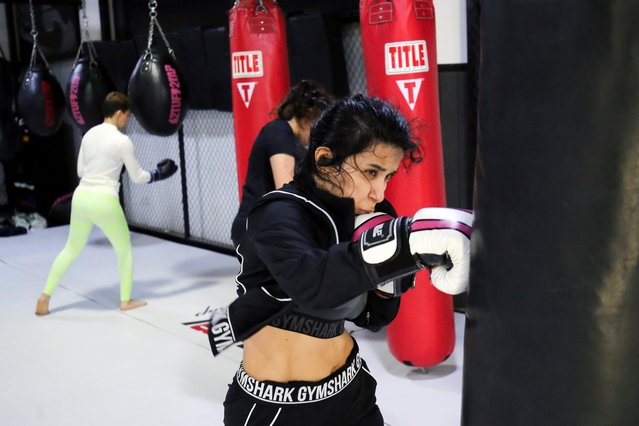 A Saudi girl exercises during her training session in the Fight Club gym in Riyadh, Saudi Arabia on December 8, 2021. (Photo by Ahmed Yosri/Reuters) 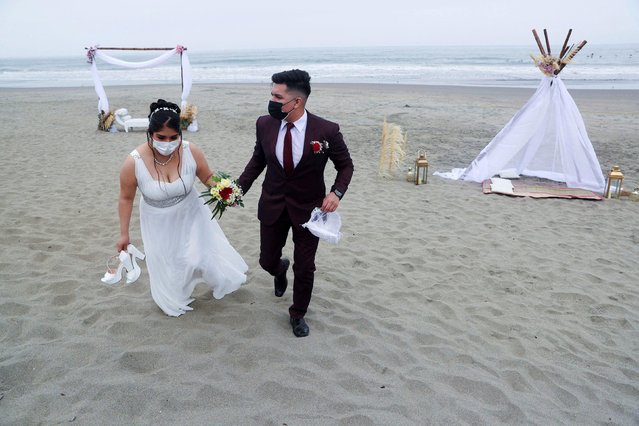 Couple leaves the beach after being married in a mass wedding in Lima, Peru on December 11, 2021. (Photo by Sebastian Castaneda/Reuters) 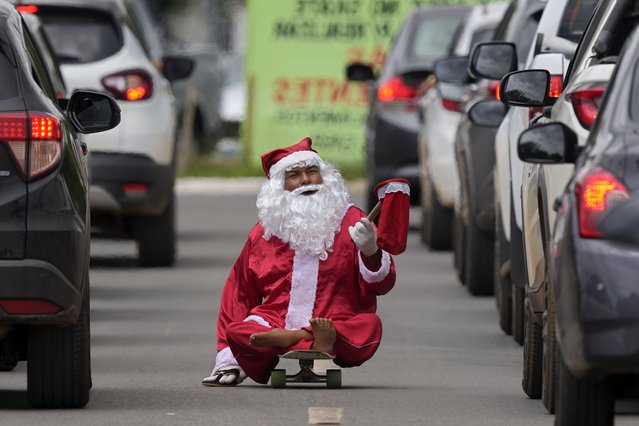 Jose Ivanildo, who lost the use of his legs due to infantile paralysis, begs for money at a traffic light dressed as Santa Claus in Brasilia, Brazil, Tuesday, December 21, 2021. The 48-year-old, known as “Ivanildo do Skate”, said that the COVID-19 pandemic has made people scared to open their windows. (Photo by Eraldo Peres/AP Photo) 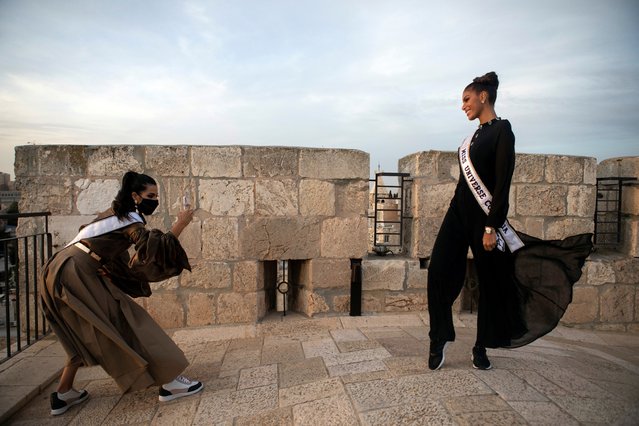 Miss Universe contestants tour David Tower in Jerusalem's old city ahead of the annual beauty pageant which will take place in the Red Sea resort of Eilat, November 30, 2021. (Photo by Nir Elias/Reuters) 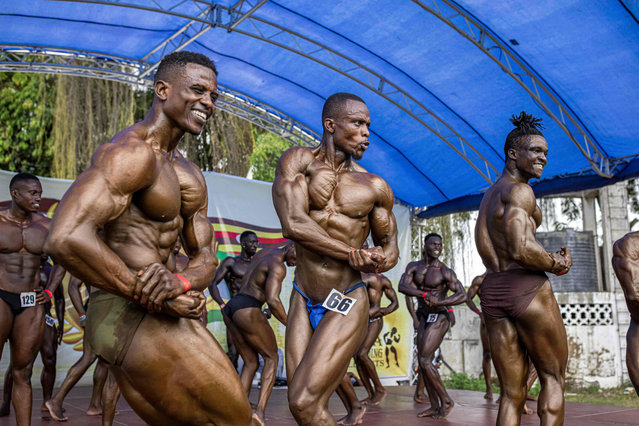 Bodybuilders pose on stage during the Mr.001 bodybuilding competition in Mombasa, Kenya, on December 11, 2021. This bodybuilding competition was created by a former bodybuilder and its the first one to happen in the coastal city since 2015. The name comes from Mombasa's county code and currently is considered one of the biggest in East and Central Africa. The first edition brought over 200 participants from Kenya, Uganda, Tanzania, Nigeria, South Africa and Pakistan who competed in different categories including physique, bikini and figure. (Photo by Patrick Meinhardt/AFP Photo) 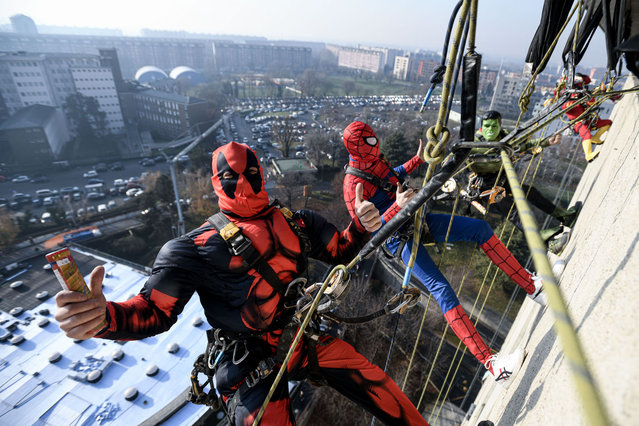 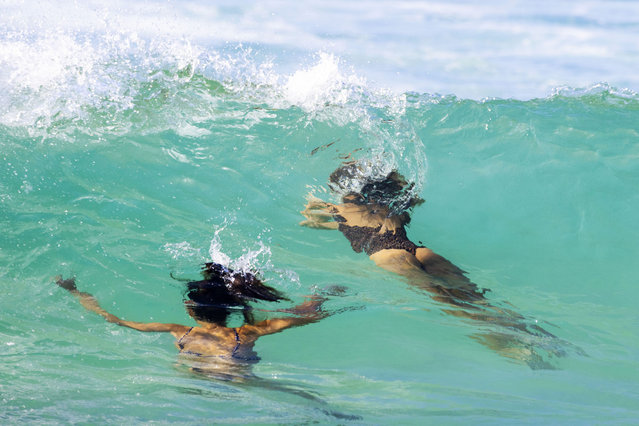 Two women swim under a wave at Bondi Beach on December 15, 2021 in Sydney, Australia. COVID-19 restrictions have eased further across NSW, including rules for unvaccinated people. From today, masks are only required on public transport and in airports, or for indoor front-of-house hospitality staff who are not fully vaccinated. QR code check-ins are only required for high-risk venues including hospitals, aged and disability care facilities, gyms, places of worship, funerals, personal services, pubs and clubs and outdoor music festivals with over 1,000 people. Density limits have dropped for all settings, and restrictions are now uniform across the state regardless of a person's vaccination status. (Photo by Jenny Evans/Getty Images) 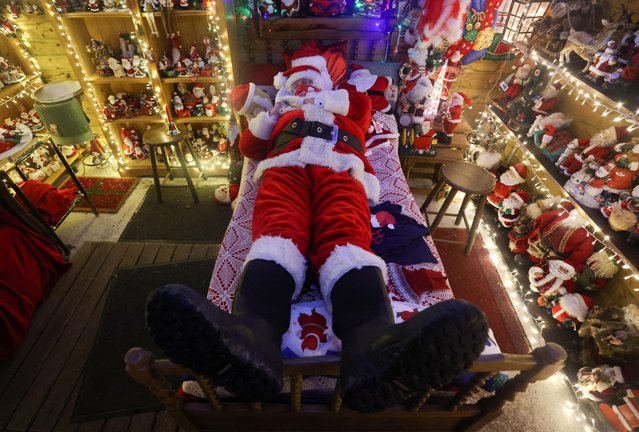 A man dressed as Santa Claus performs in the bedroom of a house that belongs to Serge Hennebel, nicknamed “Elf Serge”, and is transformed into a Christmas village adorned with thousands of lights, in Hamme-Mille, Belgium, December 17, 2021. (Photo by Yves Herman/Reuters)
Edit Del
26 Dec 2021 05:13:00, post received 0 comments
Publication archive:
←   →
Popular tags:
All tags
Last searches: