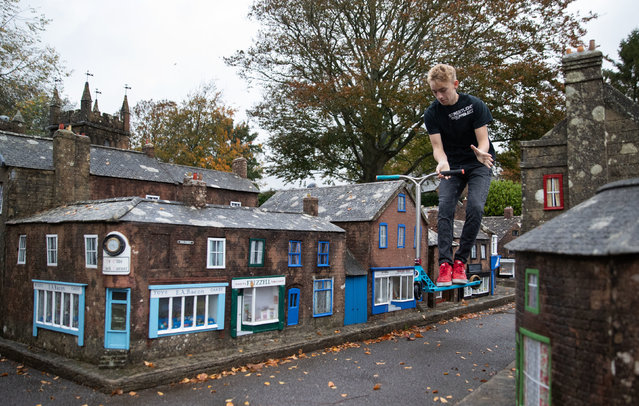 Charlie Sibley from the Wimborne's StreetLight Project scooters through the streets of Wimborne Model Town and Gardens in Wimborne, Dorset on October 23, 2020. (Photo by Andrew Matthews/PA Images via Getty Images) 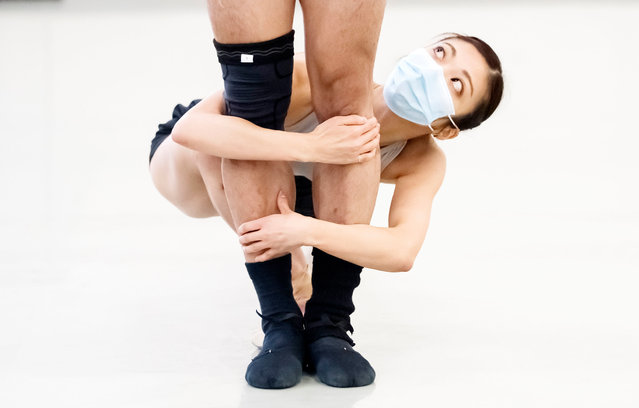 Northern Ballet dancer Ayami Miyata wears a face mask during a rehearsal for Little Monsters at the Northern Ballet in Leeds, England on October 15, 2020, ahead the their first live performances in more than seven months. (Photo by Danny Lawson/PA Images via Getty Images) 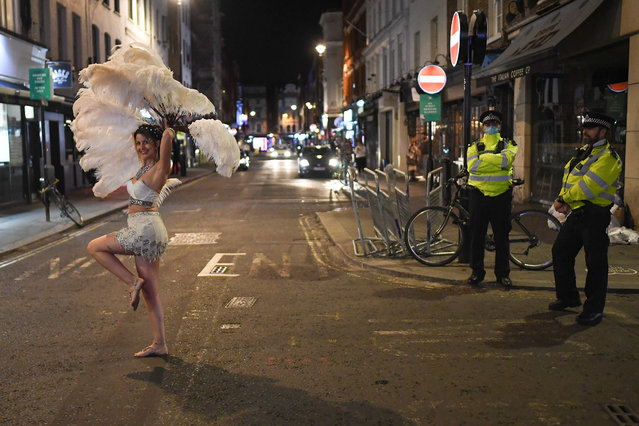 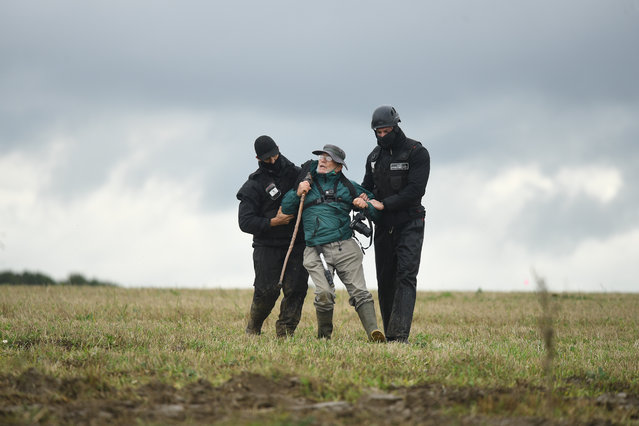 HS2 protesters are removed by police in Jones Hill Wood on October 8, 2020 in Great Missenden, England on October 8, 2020. The 1.8 hectare beech wood, one of 108 ancient woodlands that are scheduled to be destroyed along the proposed HS2 route, is considered a habitat of principal importance and home to bats, badgers, tawny owls, and foxes. Much of the surrounding Chiltern countryside is also under threat from the controversial HS2 project. (Photo by Peter Summers/Getty Images) 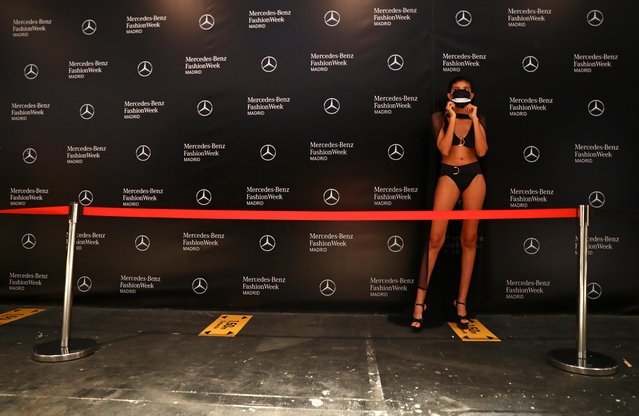 Social distancing signs are pictured as a model wears a protective face mask before the show of designer Andres Sarda during the Mercedes Benz Fashion Week amid the coronavirus disease (COVID-19) outbreak in Madrid, Spain, September 10, 2020. (Photo by Sergio Perez/Reuters) 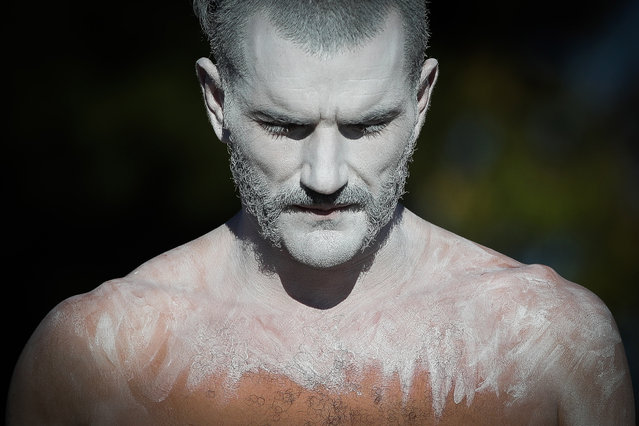 A model displays a creation by Portuguese designer Nuno Gama during a S/S20 collections show at the Lisbon Fashion Week, in Lisbon, Portugal, 10 October 2020. The ModaLisboa Spring/Summer 2020 runs from 07 to 11 October. (Photo by Mario Cruz/EPA/EFE) 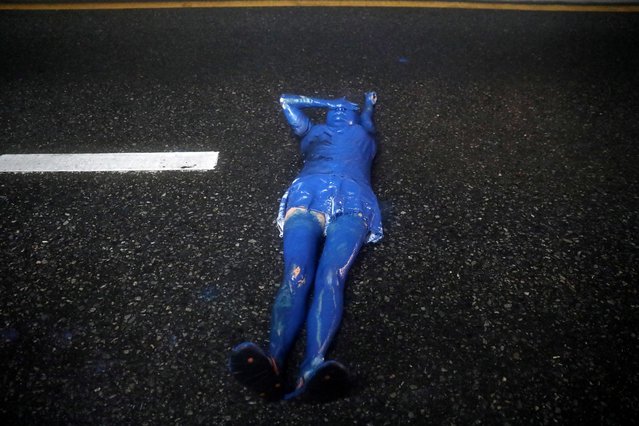 A pro-democracy activist covered in blue paint lies on the ground during an anti-government protest, in Bangkok, Thailand on October 17, 2020. (Photo by Soe Zeya Tun/Reuters) 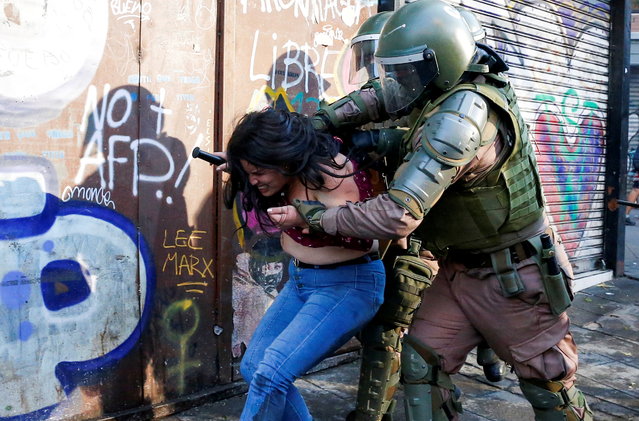 A demonstrator is detained by riot police during a protest against Chile's government in Valparaiso, Chile. October 19, 2020. (Photo by Rodrigo Garrido/Reuters) 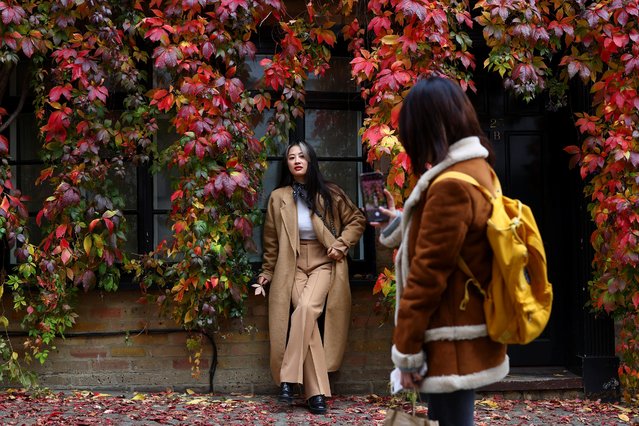 People pose for photographs in front of autumn leaves covering the facade of a house in London, Britain on October 18, 2020. (Photo by Simon Dawson/Reuters) 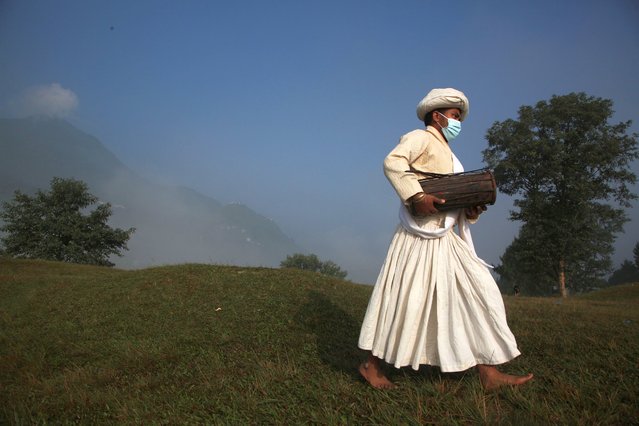 A Nepalese priest wearing a mask as a precaution against the coronavirus arrives to participate in Sikali festival at Khokana, Lalitpur, Nepal, Thursday, October 22, 2020. The five days festival coincides with the Nepal's major 15-day Dashain festival. (Photo by Niranjan Shrestha/AP Photo) 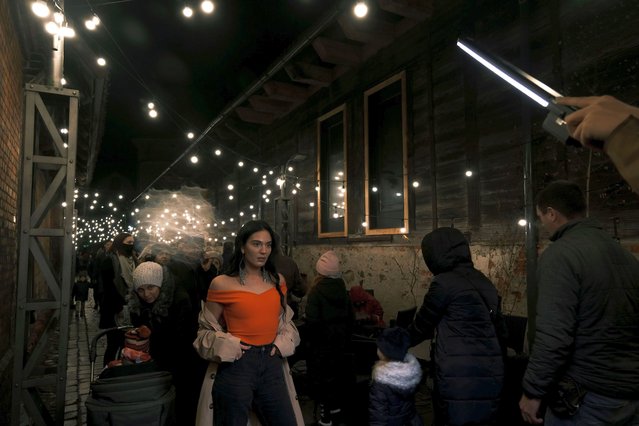 People enjoy the urban installation, Waits of Light, during the light festival Illuminated Liepaja, Latvia, 24 October 2020. The Illuminated Liepaja, that had to be cancelled due to the pandemic in March, is taking place between the 21st and 24th October to welcome local residents and city guests. (Photo by Valda Kalnina/EPA/EFE) 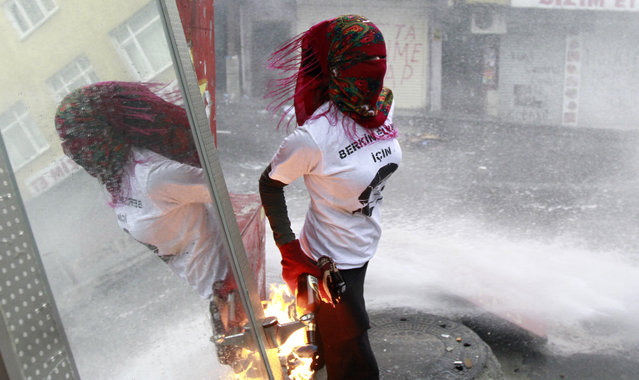 Protestors clash with police during a rally marking the first anniversary of Berkin Elvan's death in Istanbul, Turkey, 11 March 2015. Berkin Elvan, 15 years old, died on 11 March 2014 after 296 days in a coma in consequence to the injuries suffered when he was hit by a gas canister during the police crackdown on protesters at Gezi Park in June 2013. (Photo by Ulas Yunus Tosun/EPA) 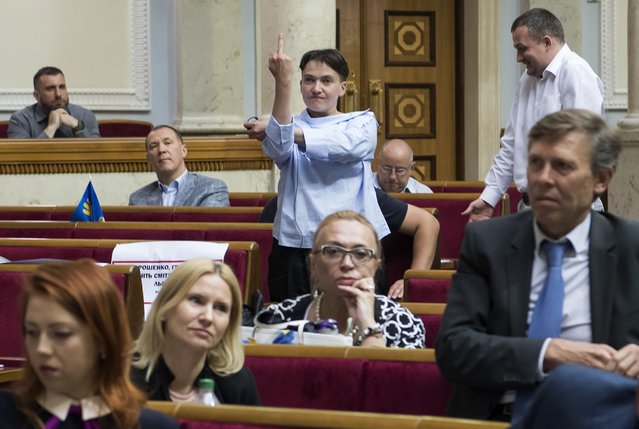 Ukrainian lawmaker Nadiya Savchenko uses the middle finger gesture as she reacts during a session of the parliament in Kiev, Ukraine on June 22, 2017. (Photo by Vladyslav Musiienko/Reuters/Pool) 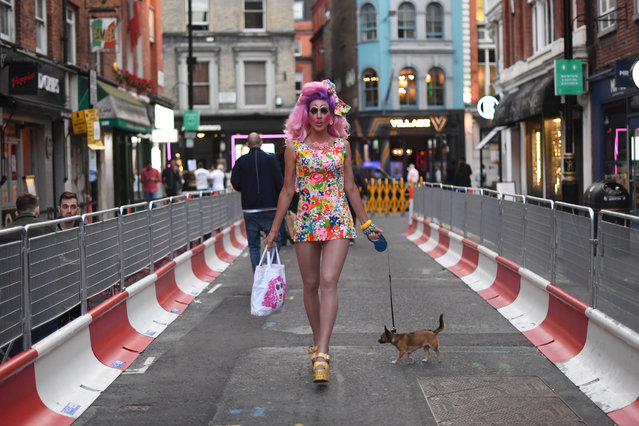 People socialising in Soho, central London on July 11, 2020, after the lifting of further coronavirus lockdown restrictions in England. Revellers are urged to remember the importance of social distancing as pubs gear up for the second weekend of trade since the lifting of lockdown measures. (Photo by Stefan Rousseau/PA Images via Getty Images) 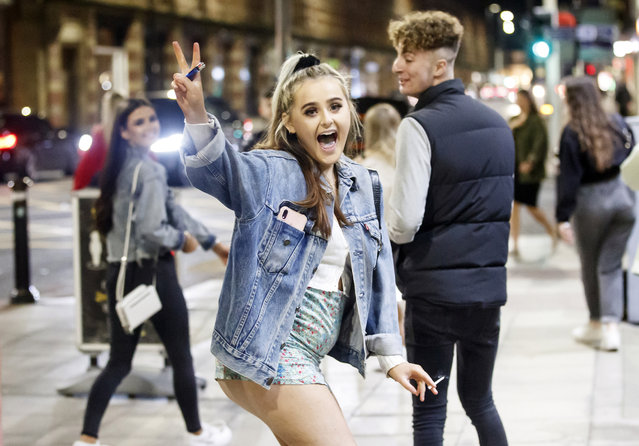