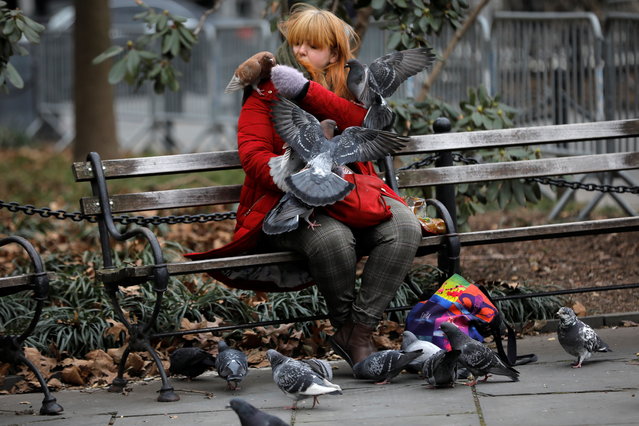 A woman feeds pigeons as she sits on a bench in City Hall Park in lower Manhattan in New York City, New York, U.S., January 11, 2021. (Photo by Mike Segar/Reuters) 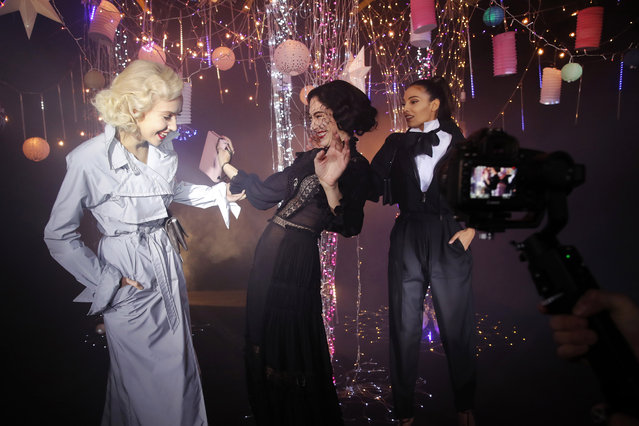 Models Michaela Tomanova, Angeliki Tsionou, and Sheherazade Dakhlaoui, from left to right, display creations by Julien Fournie for his Haute Couture Spring/Summer 2021 fashion collection for a digital presentation of the fashion week, in Paris, Thursday, January 7, 2021. With shows taking place behind closed doors due to the virus pandemic, some designers such as Julien Fournie are becoming versatile: Getting their designs out to the public by making a film of their collection and streaming it online. (Photo by Francois Mori/AP Photo) 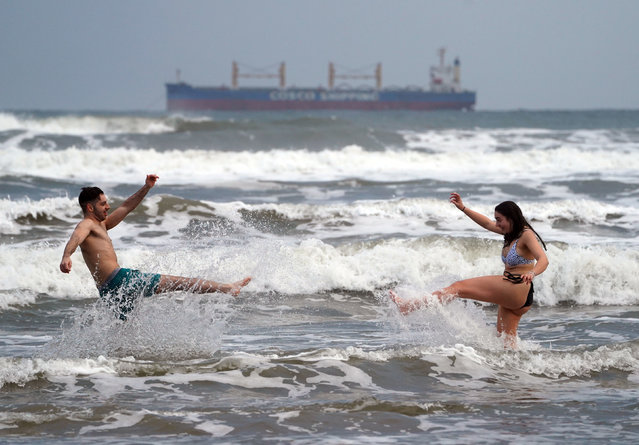 Ollie King, 22, and his sister Laura, 19, take a dip into the sea at King Edward's Bay in Tynemouth, United Kingdom on January 1, 2021. (Photo by Owen Humphreys/PA Images via Getty Images) 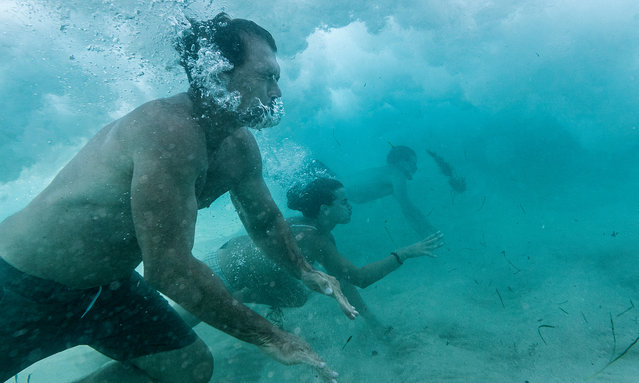 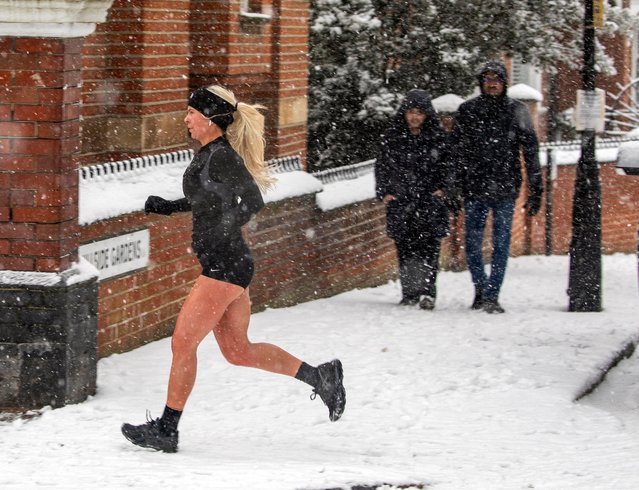 A jogger with chilly legs seen in Highgate Village on January 24, 2021 in London, United Kingdom. Parts of the country saw snow and icy conditions as arctic air caused temperatures to drop. (Photo by Gavin Rodgers/Pixel8000) 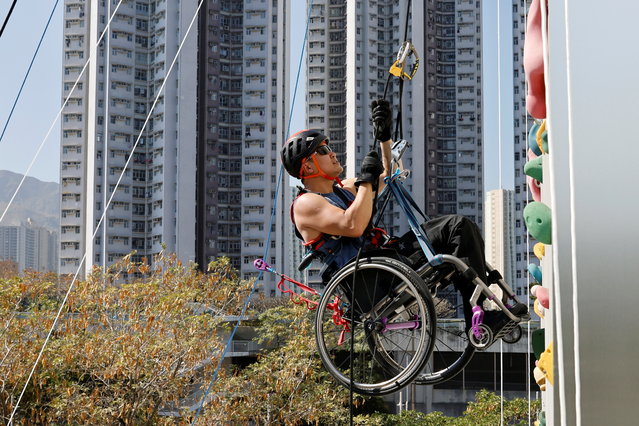 Lai Chi-wai, a paraplegic climber, attends a training session, ahead of his attempt to climb the 320-metre tall Nina Tower using only his upper body strength, in Hong Kong, China on December 29, 2020. (Photo by Tyrone Siu/Reuters) 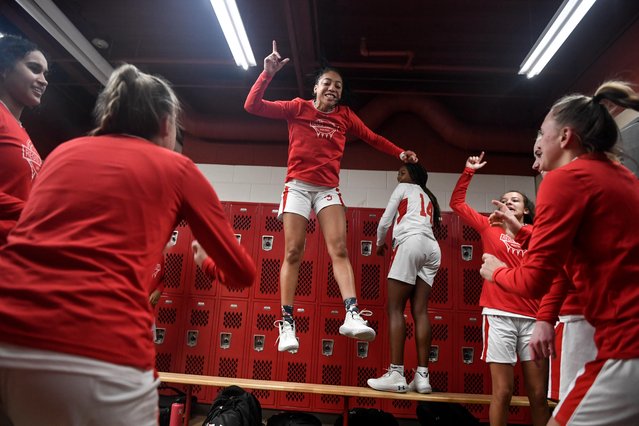 Regis Jesuit guard Jada Moore jumps off of a bench as she hypes teammates before the first half of a basketball game against ThunderRidge on Tuesday, January 21, 2020. (Photo by Aaron Ontiveroz/The Denver Post) 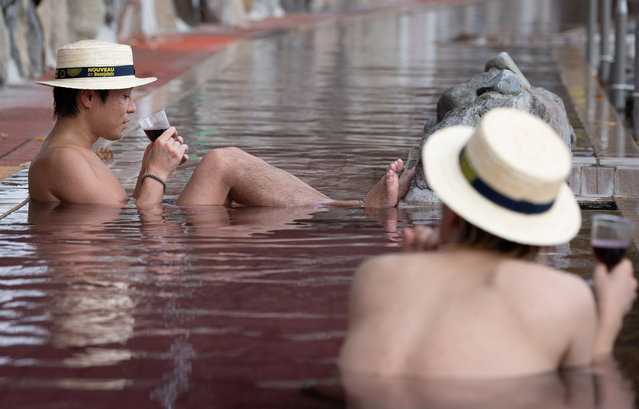 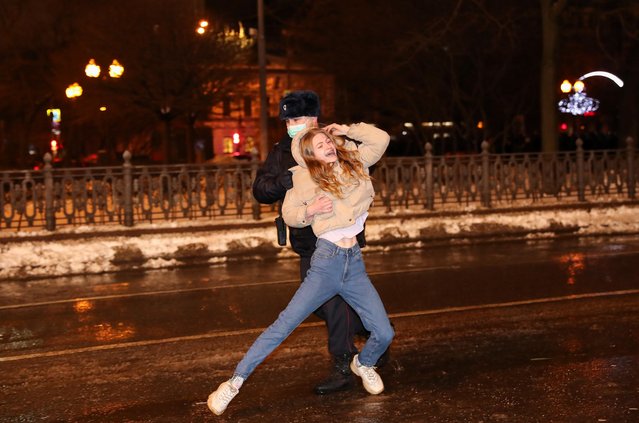 A law enforcement officer detains a woman during a rally in support of jailed Russian opposition leader Alexei Navalny in Moscow, Russia on January 23, 2021. (Photo by Evgenia Novozhenina/Reuters) 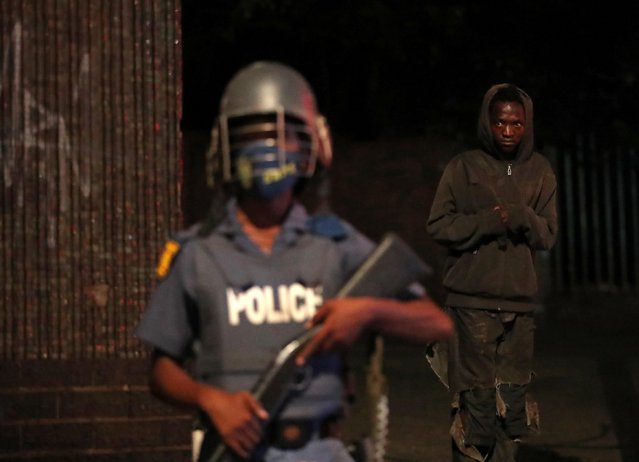 A man looks on as a police officer keeps watch on New Year's day as a nighttime curfew is reimposed amid a nationwide coronavirus disease (COVID-19) lockdown, in Johannesburg, South Africa on January 1, 2021. (Photo by Siphiwe Sibeko/Reuters) 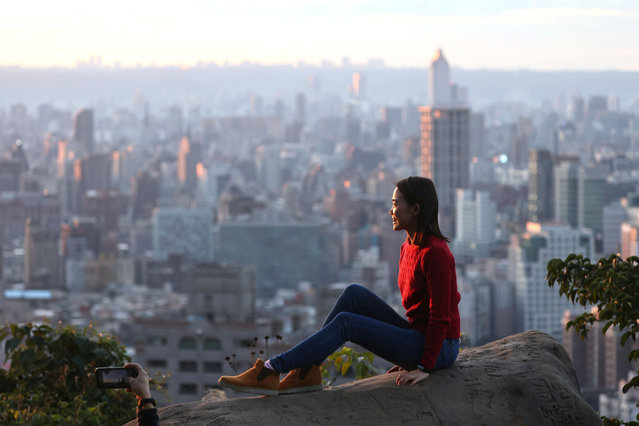 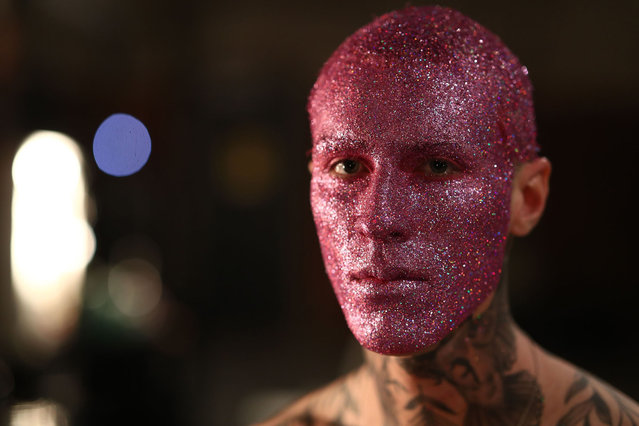 A Model poses ahead of the Mercedes-Benz presents Tom Van Der Borght presentation during the Mercedes-Benz Fashion Week Berlin January 2021 at Kraftwerk Mitte on January 18, 2021 in Berlin, Germany. (Photo by Sebastian Reuter/Getty Images for MBFW) 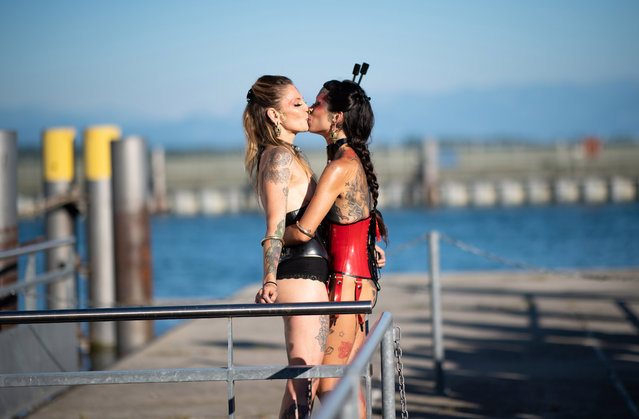 Costumed participants of a lacquer and leather ship, the so-called “Torture Ship”, kiss before putting out to Lake Constance for a pleasure cruise at the harbor of Friedrichshafen, Germany, 29 June 2019. Hundreds of leather and rubber fans set sail for the boat trip through the night on Lake Constance. (Photo by Daniel Kopatsch/EPA/EFE) 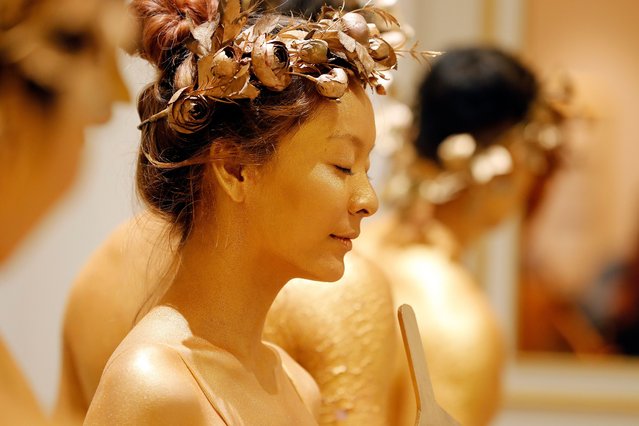 A model is seen backstage during a ceremony at the Dolce Hanoi Golden Lake hotel, a gold-covered accommodation built next to Giang Vo Lake and billed as Southeast Asia's most luxurious hotel in Hanoi, Vietnam 19 November 2020. The hotel is considered as the the first one in the world to have both the exterior and interior covered in gold. (Photo by Luong Thai Linh/EPA/EFE) 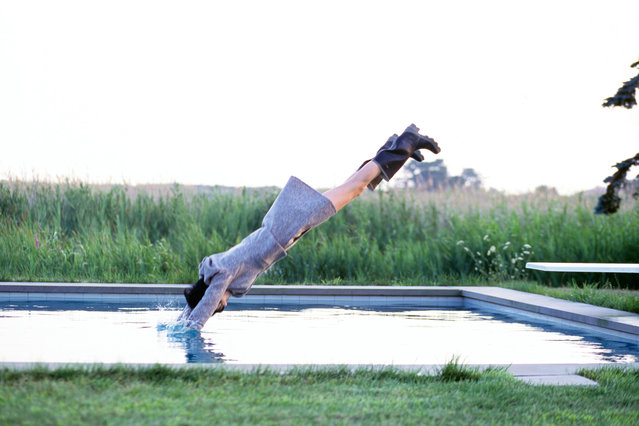