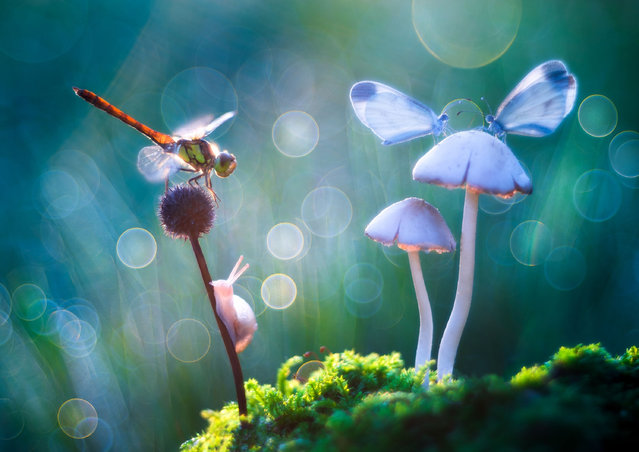 An image from Petar Sabol Sharpeye’s series of insects in blue, June 2016. This stunning series certainly shows a bug for macro photography. The little winged creatures that whir around us every day are brought to life here through this sapphire and turquoise themed series. (Photo by Sabol Sharpeye/Rex Features/Shutterstock) 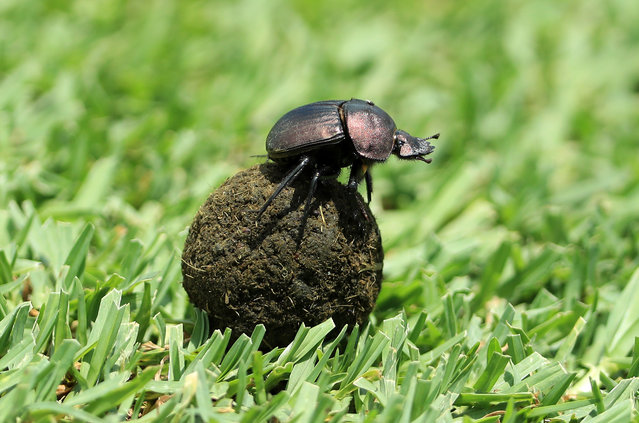 A Dung Beetle rolls his collection across a hole during the first round of the Alfred Dunhill Championship at Leopard Creek Country Golf Club on December 1, 2016 in Malelane, South Africa. (Photo by Richard Heathcote/Getty Images) 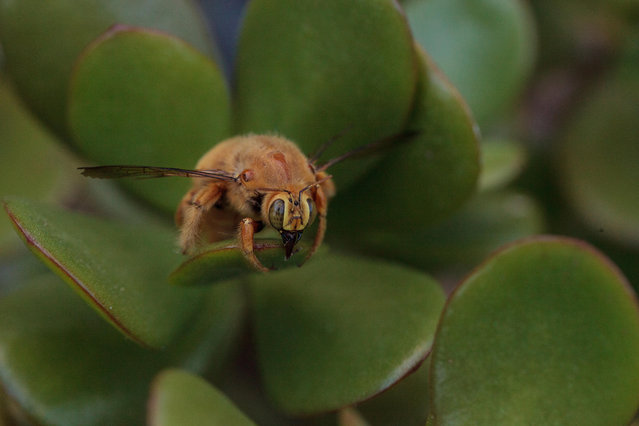 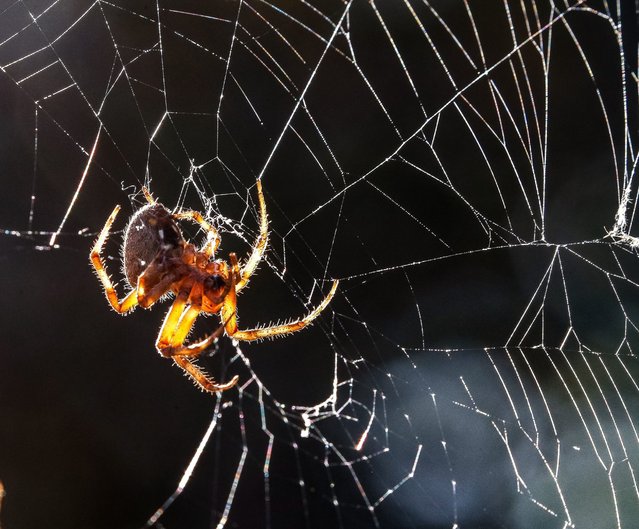 A spider is illuminated by the autumn sun as it works on its web in rural Hopkins County near Commerce, Texas, October 31, 2016. (Photo by Larry W. Smith/EPA) 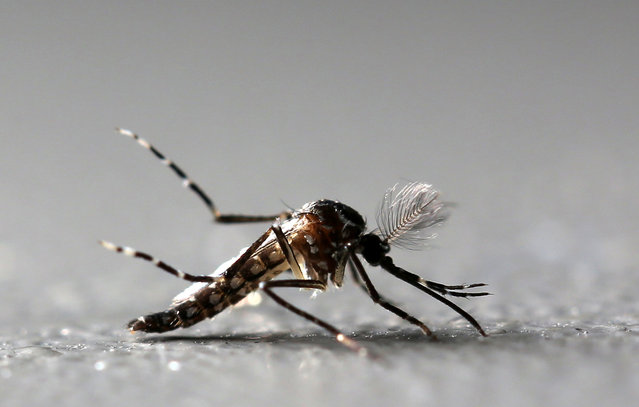 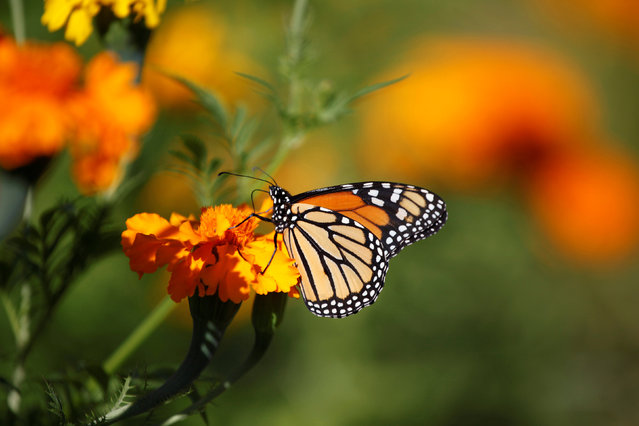 A monarch butterfly is pictured as it sits on a Cempasuchil Marigold, a flower used during Mexico's Day of the Dead celebrations, in Ciudad Juarez, Mexico, October 26, 2016. (Photo by Jose Luis Gonzalez/Reuters) 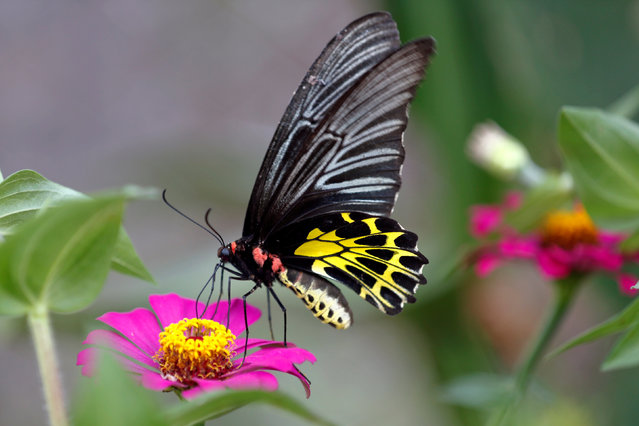 A butterfly rests on a Zinnia flower in Nakhon Sawan Province, north of Bangkok, Thailand October 29, 2016. (Photo by Chaiwat Subprasom/Reuters) 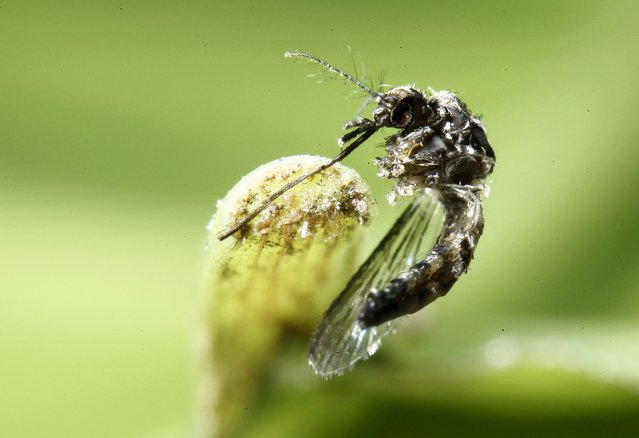 An aedes aegypti mosquito is pictured on a leaf in San Jose, Costa Rica February 1, 2016. (Photo by Juan Carlos Ulate/Reuters) 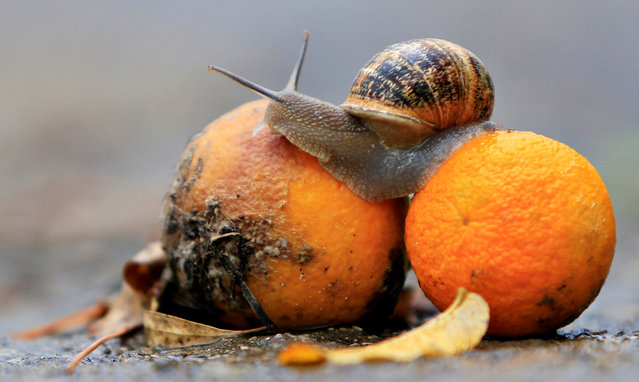 A snail sits on oranges, after the first rain in Jizeen, southern Lebanon November 1, 2016. (Photo by Ali Hashisho/Reuters) 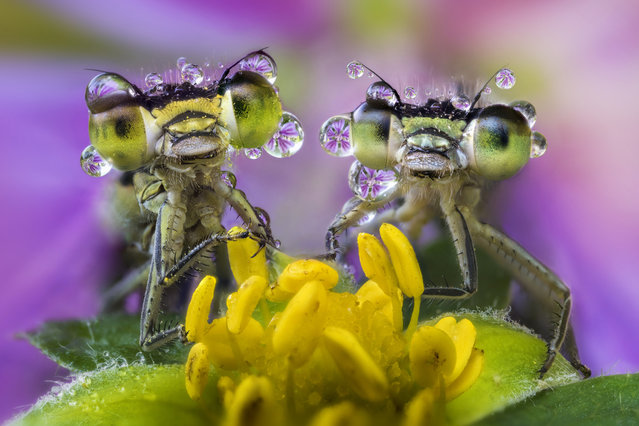 Damselflies covered in dew rest on a wild flower by the Po River, northern Italy on August 15, 2016. (Photo by Alberto Ghizzi Panizza/Barcroft Images) 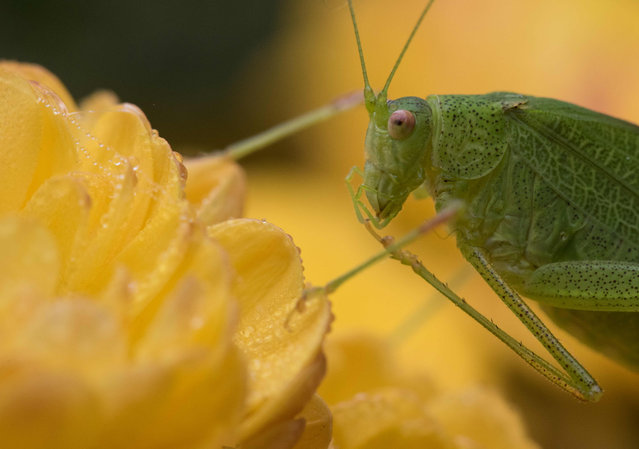 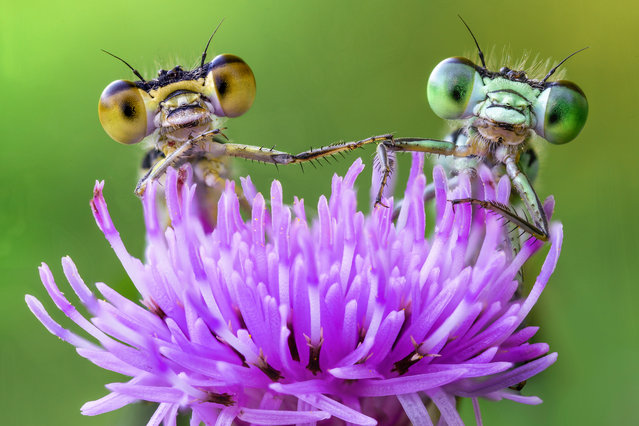 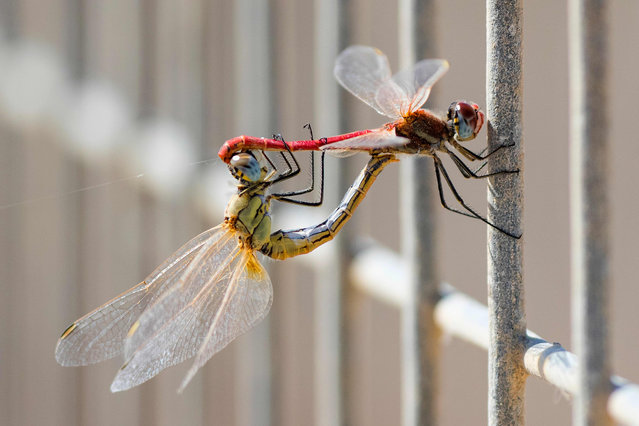 A couple of dragonflies are seen at a water reservoir in Mishmar HaSharon north of the Israeli city of Tel Aviv on October 13, 2016. (Photo by Jack Guez/AFP Photo) 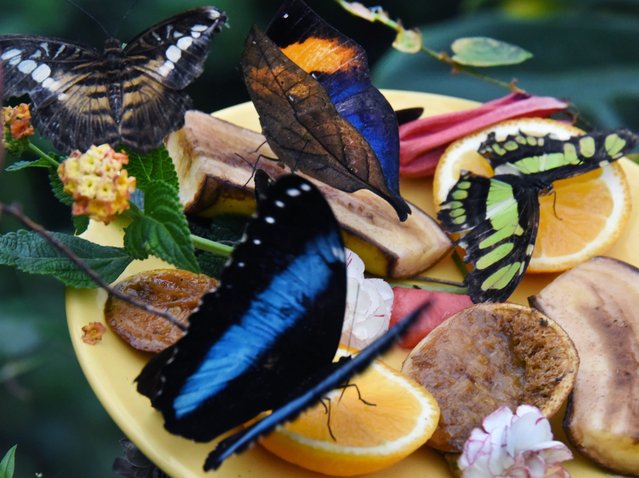 A picture made available on 31 October 2016 shows a Malachite, a Kallima inachus, a Morpho peleides and an Asian fritillary eat fruit at the Alaris butterfly park in Wittenberg-Lutherstadt, Germany, 30 October 2016. About 600 colourful butterflies and catterpillars start their journey to the Wildlands-Adventure Zoo in Emmen in the Netherlands. Due to the winter break at the park in Wittenberg, the butterflies will be transfered to the Netherlands. (Photo by Waltraud Grubitzsch/EPA)
Edit Del
03 Dec 2016 11:50:00, post received 0 comments
Publication archive:
←   →
Popular tags:
All tags
Last searches: