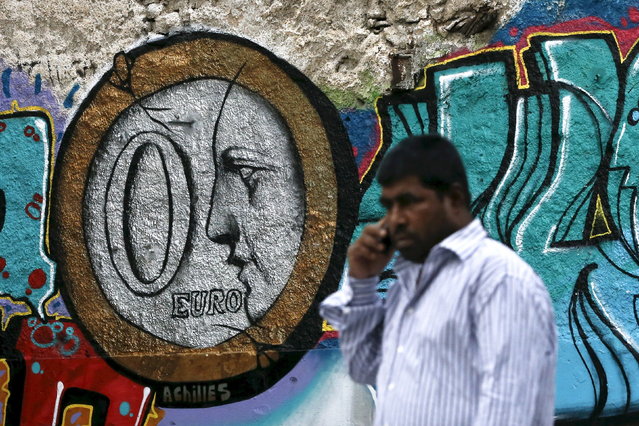 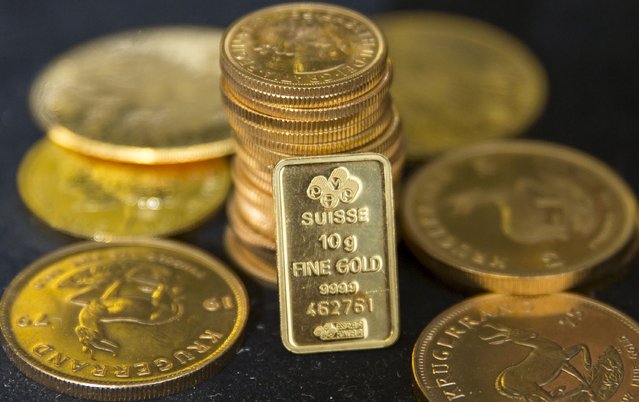 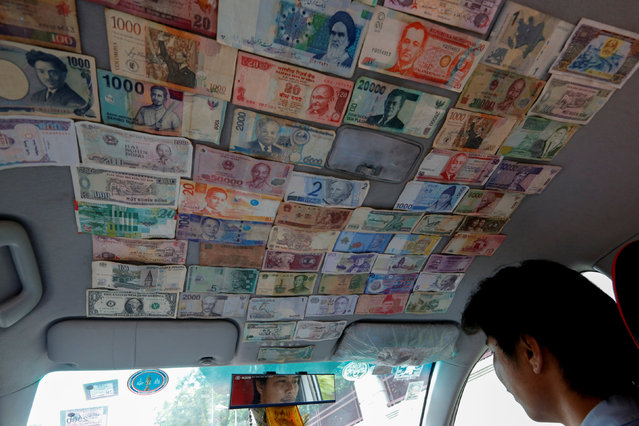 A taxi driver has the roof of his vehicle decorated with bank notes from around the world while working in Bangkok,Thailand July 20, 2016. (Photo by Jorge Silva/Reuters) 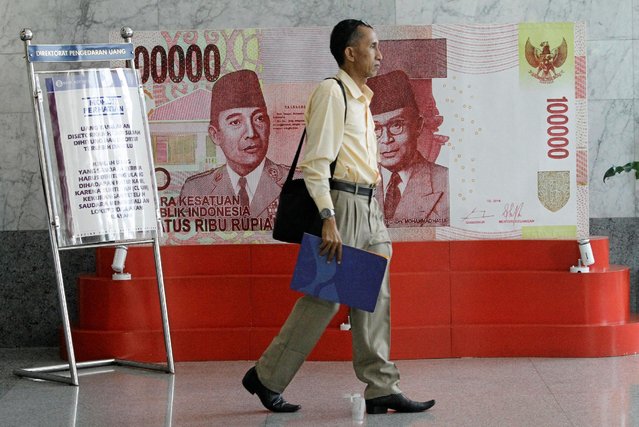 A man walks past a poster of an one hundred thousand rupiah bank note inside Indonesia's central bank, Bank Indonesia, in Jakarta, Indonesia July 21, 2016. REUTERS/Iqro Rinaldi 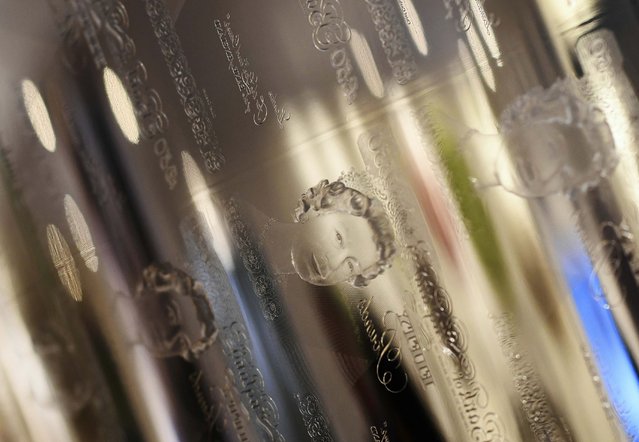 An image of Queen Elizabeth is seen on a printing plate during an event at the Bank of England in central London, Britain September 6, 2016. (Photo by Dylan Martinez/Reuters) 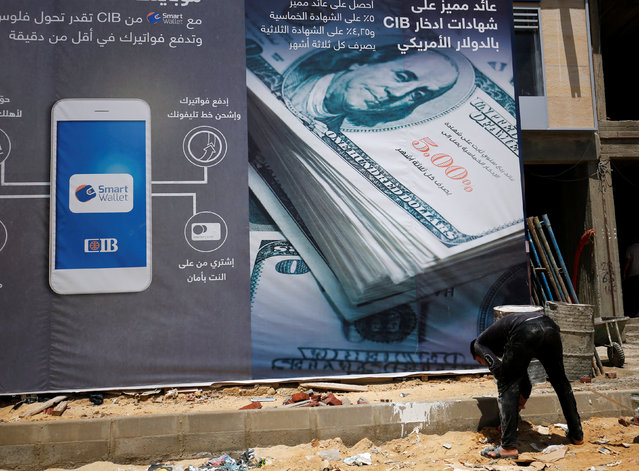 A construction worker is seen in front of the construction of a new “CIB” Commercial International Bank building covered with an image of the U.S. dollar in Cairo, Egypt July 26, 2016. (Photo by Amr Abdallah Dalsh/Reuters) 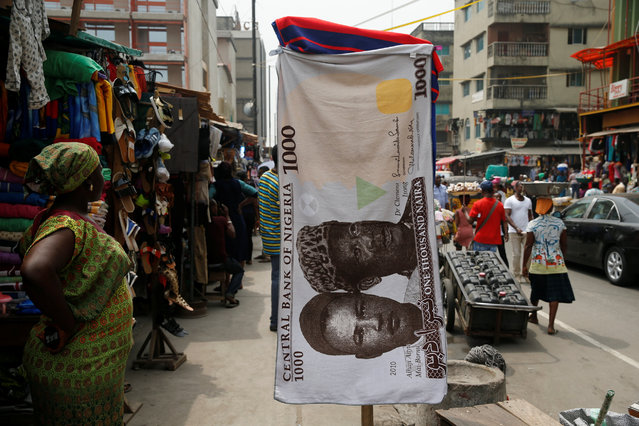 A towel with a print of the Nigerian naira is displayed for sale at a street market in the central business district in Nigeria's commercial capital Lagos February 4, 2016. (Photo by Akintunde Akinleye/Reuters) 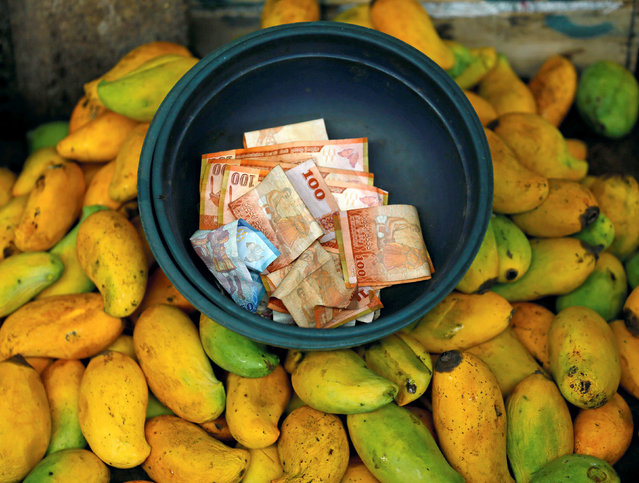 Sri Lankan currency notes are seen in a bucket at a fruits stall near a main market,in Colombo, Sri Lanka, July 29, 2016. (Photo by Dinuka Liyanawatte/Reuters) 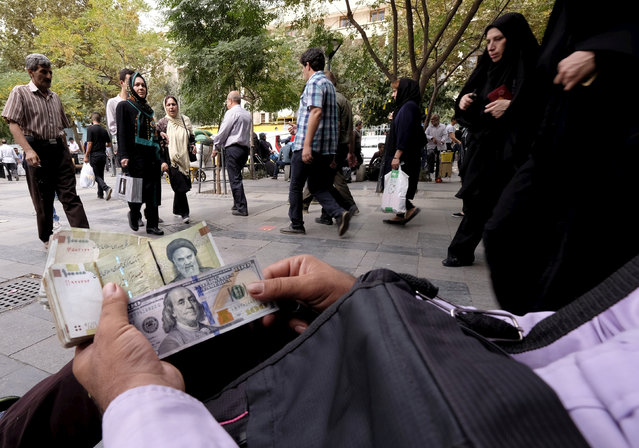 A money changer displays U.S. and Iranian banknotes at the Grand Bazaar in central Tehran October 7, 2015. (Photo by Raheb Homavandi/Reuters) 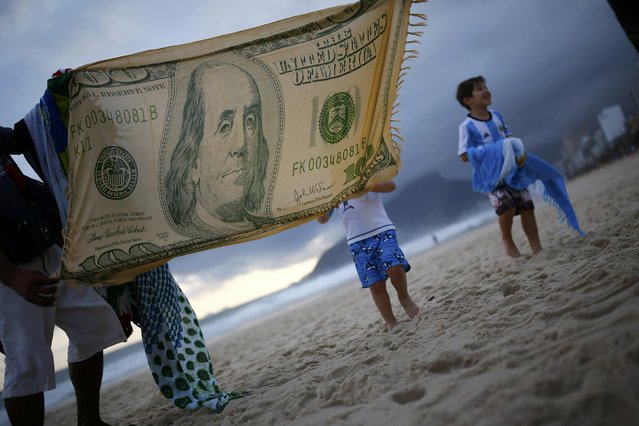 Tourists from Argentina are pictured on Ipanema Beach in Rio de Janeiro, Brazil on July 30, 2016. (Photo by Nacho Doce/Reuters) 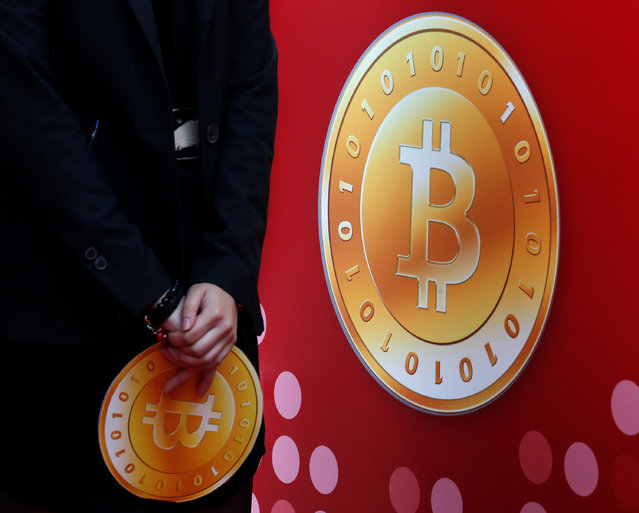 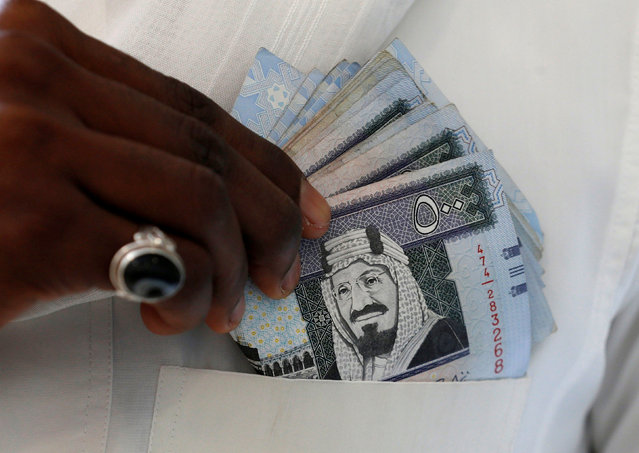 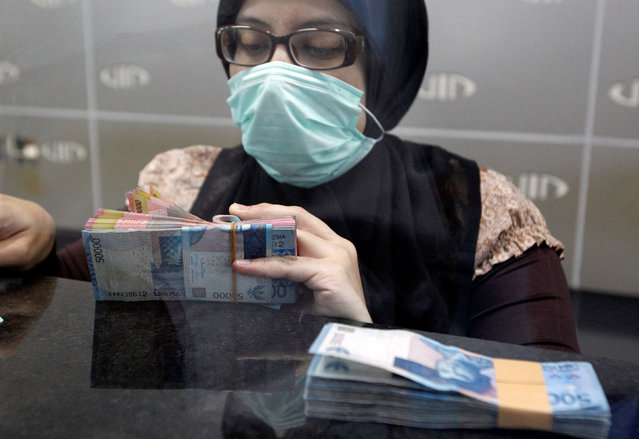 A teller in a money changer prepares Indonesian rupiah notes for a customer in Jakarta, Indonesia September 1, 2016. (Photo by Iqro Rinaldi/Reuters) 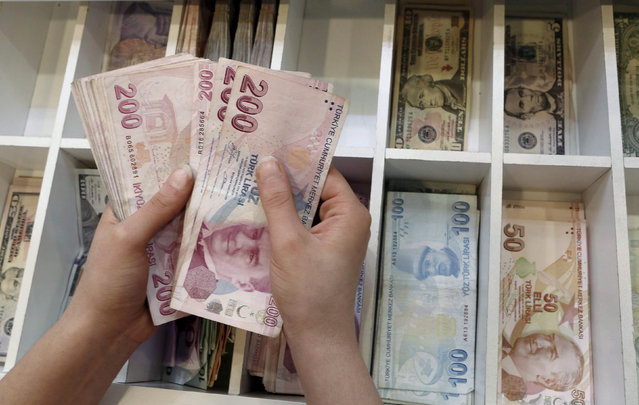 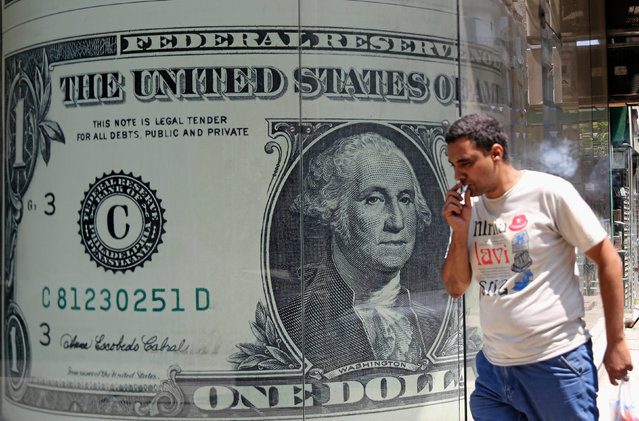 A man walks past a currency exchange bureau advertisement showing images of the U.S dollar and other currencies in Cairo, Egypt August 3, 2016. (Photo by Mohamed Abd El Ghany/Reuters) 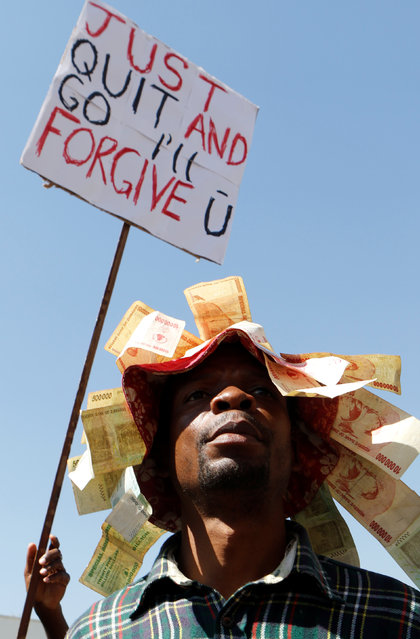 Zimbabweans hold placards during a protest against President Robert Mugabe government's handling of the economy in Harare, Zimbabwe, August 3, 2016. (Photo by Philimon Bulawayo/Reuters) 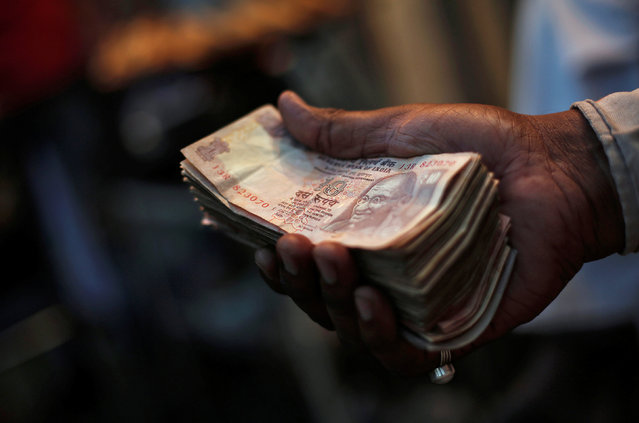 A street side restaurant owner holds a bundle of Indian currency notes as he sits outside his restaurant in New Delhi November 22, 2013. (Photo by Adnan Abidi/Reuters) 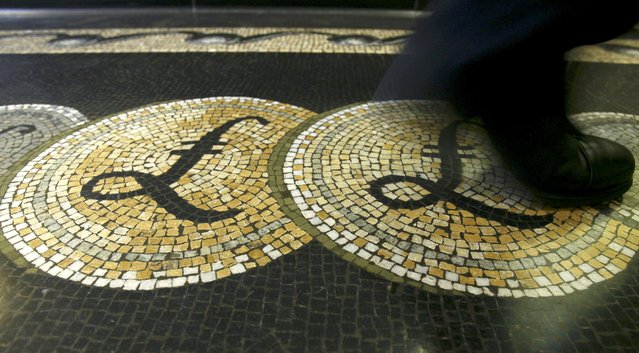 An employee is seen walking over a mosaic of pound sterling symbols set in the floor of the front hall of the Bank of England in London, Britain 25, 2008. (Photo by Luke MacGregor/Reuters) 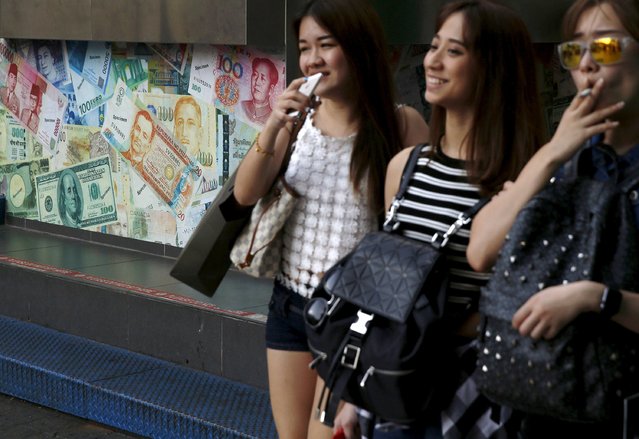 Women walk past a money changer in the central shopping district in Kuala Lumpur, Malaysia, August 21, 2015. (Photo by Olivia Harris/Reuters) 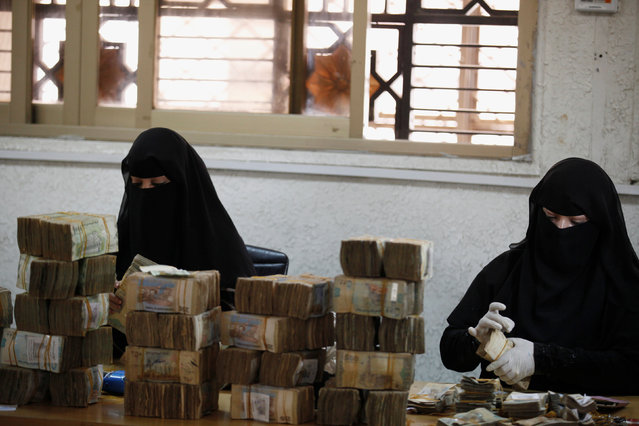 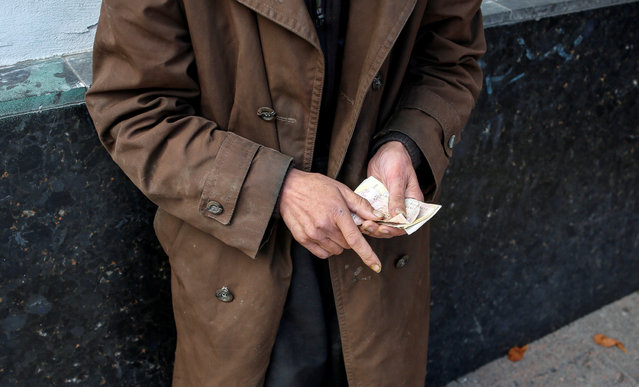 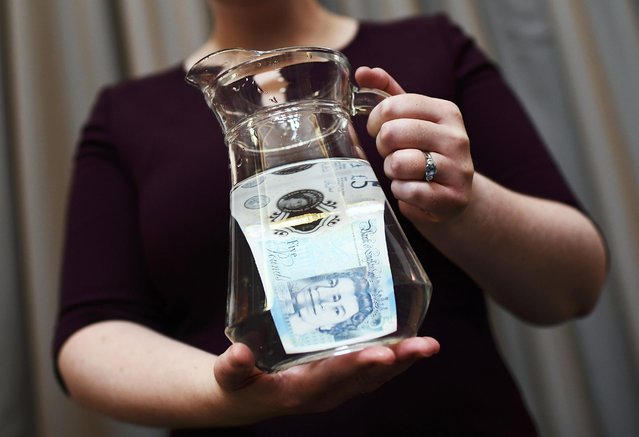