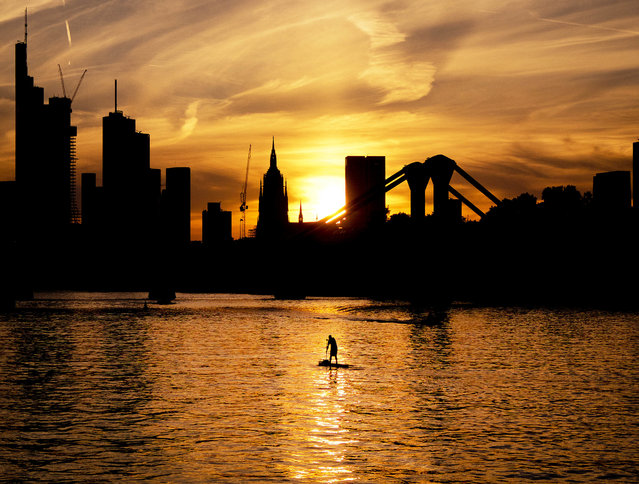 A stand up paddler explores the river Rhine as the sun sets over the buildings of the banking district in Frankfurt, Germany, Tuesday, July 31, 2018. (Photo by Michael Probst/AP Photo) 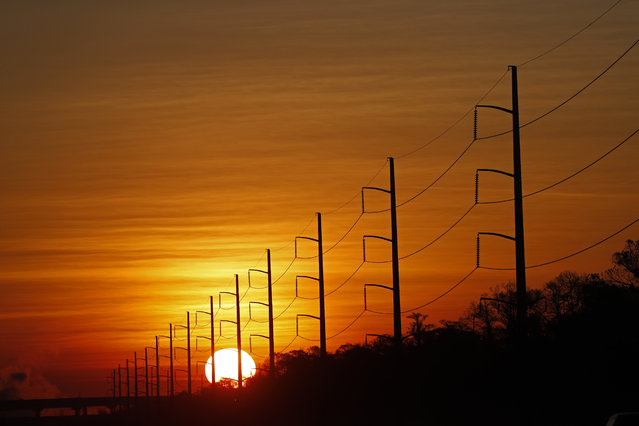 In this January 31, 2018, file photo, the sun rises beyond power lines in St. Charles Parish, La. Homeland Security officials say that Russian hackers used conventional tools to trick victims into entering passwords in order to build out a sophisticated effort to gain access to control rooms of utilities in the U.S. The victims included hundreds of vendors that had links to nuclear plants and the electrical grid. (Photo by Gerald Herbert/AP Photo) 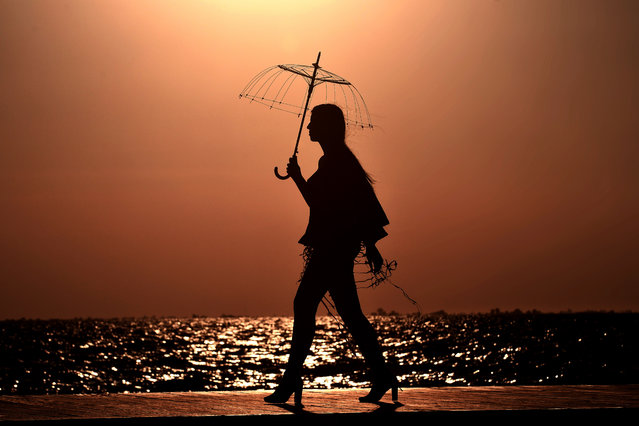 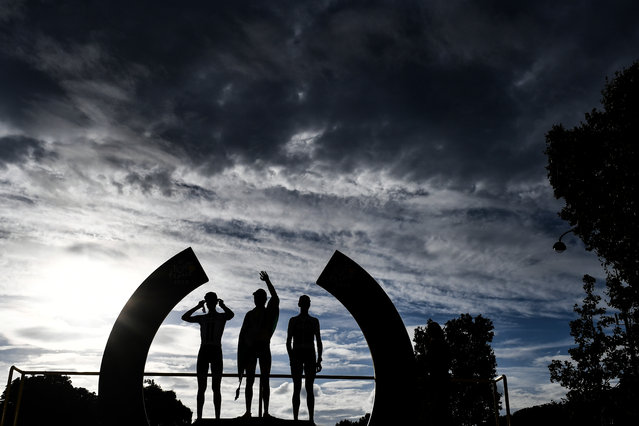 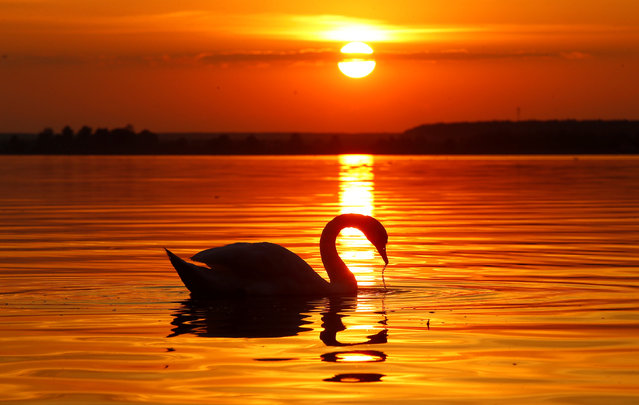 A mute swan swims in a lake during sunset near the village Sosenka, Belarus on July 26, 2018. )Photo by Vasily Fedosenko/Reuters) 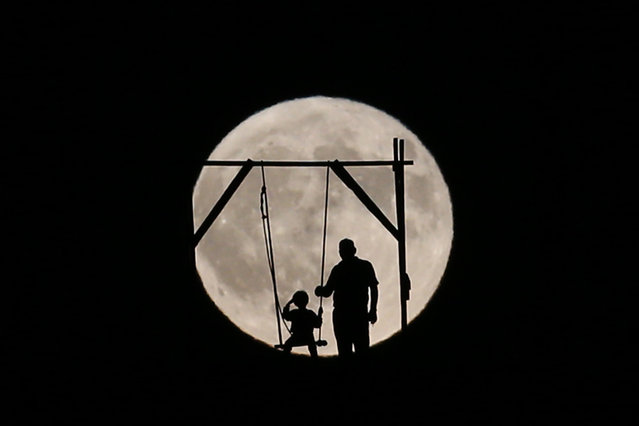 Silhouette of a man pushing a child on a swing in front of a full moon in Kayseri, Turkey on August 26, 2018. (Photo by Sercan Kucuksahin/Anadolu Agency/Getty Images) 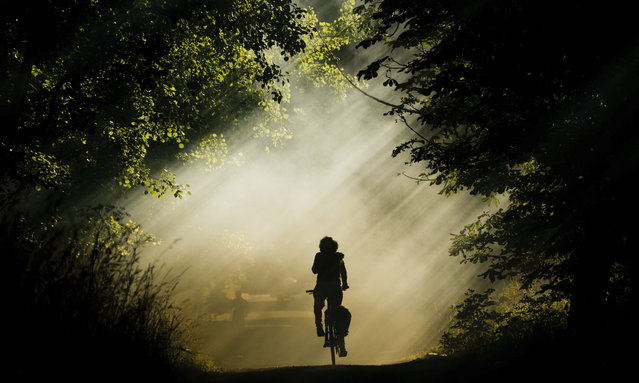 A woman on a bike is silhouetted against the smoke of burning hay in Laatzen near Hannover, northern Germany, Monday, August 6, 2018. (Photo by Julian Stratenschulte/DPA via AP Photo) 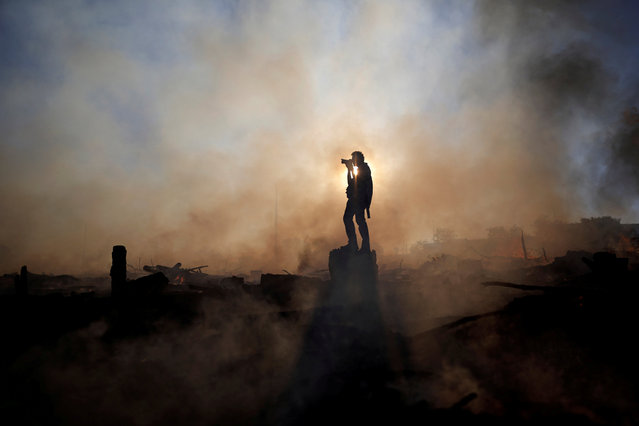 A photographer take a photos of a wildfire near the Paranoa neighbourhood in Brasilia, Brazil, July 20, 2018. (Photo by Ueslei Marcelino/Reuters) 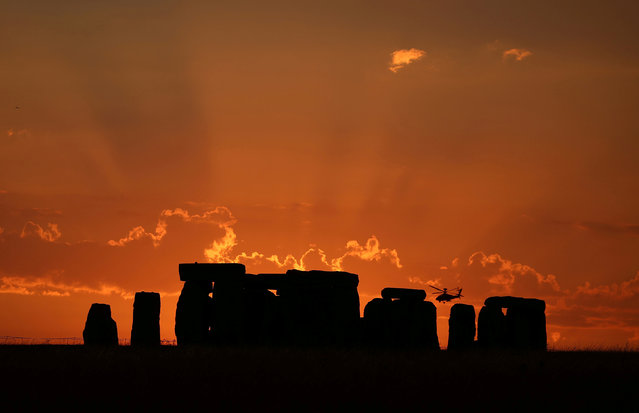 A helicopter flies behind the Stonehenge stone circle during sunset in southwest Britain, July 26, 2018. (Photo by Hannah McKay/Reuters) 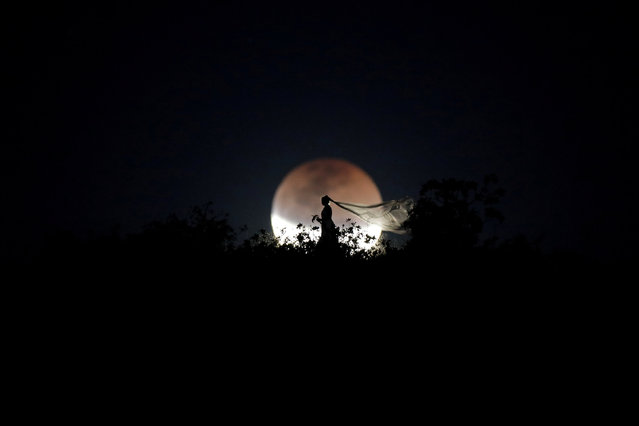 A bride poses for photo during a total lunar eclipse from in Brasilia, Brazil, July 27, 2018. (Photo by Ueslei Marcelino/Reuters) 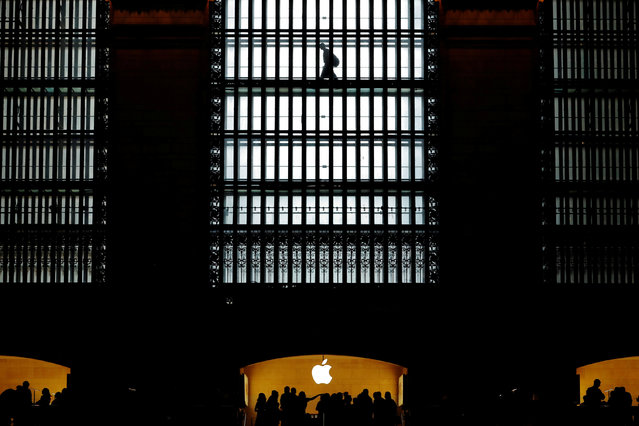 Customers walk past an Apple logo inside of an Apple store at Grand Central Station in New York, U.S., August 1, 2018. (Photo by Lucas Jackson/Reuters) 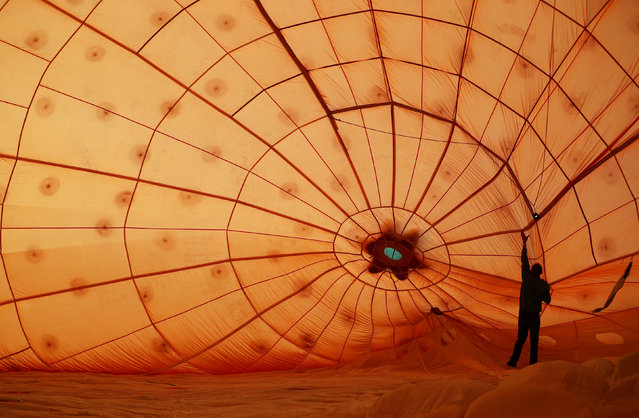 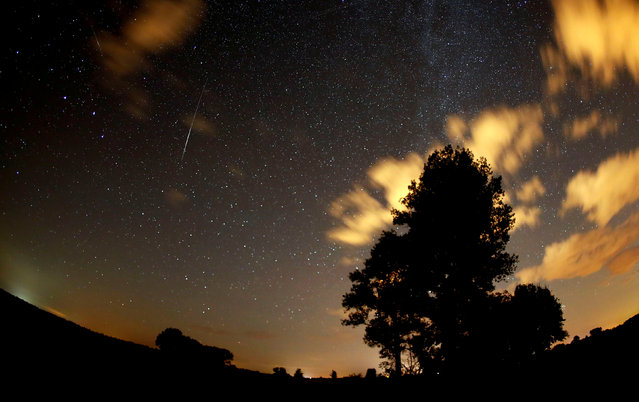 Meteors streak past stars in the night sky during the Perseid meteor shower in Premnitz, west of Berlin, Germany, August 11, 2018. (Photo by Fabrizio Bensch/Reuters) 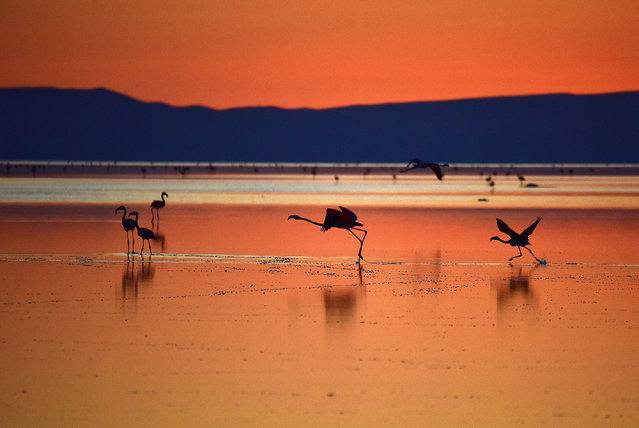 Flamingos take off from Lake Tuz during their incubation period in Aksaray, Turkey on August 15, 2018. (Photo by Murat Oner Tas/Anadolu Agency/Getty Images) 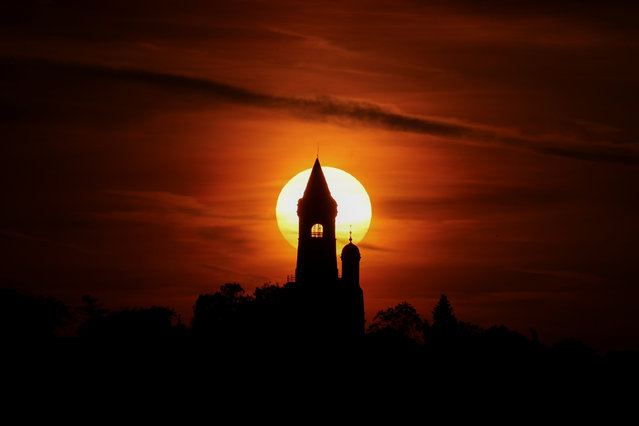 The sun sets behind the Gardos tower in the old town of Zemun, Belgrade, Serbia on August 15, 2018. (Photo by Marko Djurica/Reuters) 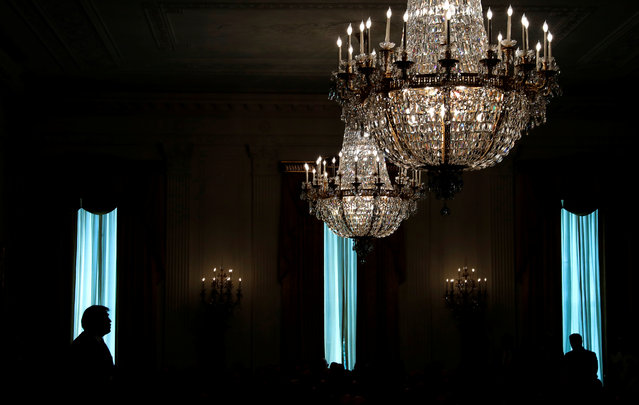 President Trump is silhouetted in a window of the East Room as he participates in a ceremony awarding a Medal of Honor posthumously to Air Force Technical Sergeant John A. Chapman at the White House on August 22, 2018. (Photo by Leah Millis/Reuters) 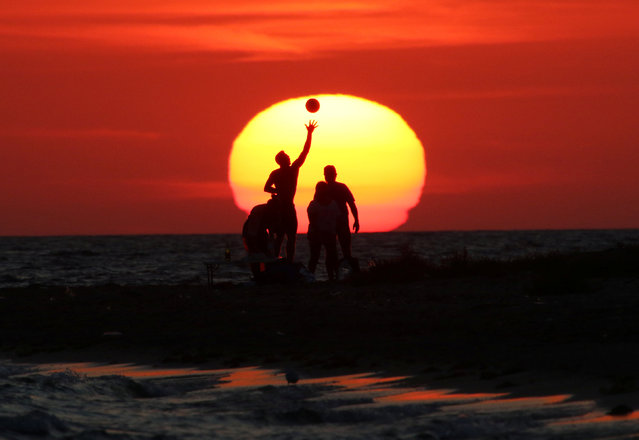 People rest on the Black Sea beach during sunset in the village of Vitino, Crimea August 25, 2018. (Photo by Pavel Rebrov/Reuters) 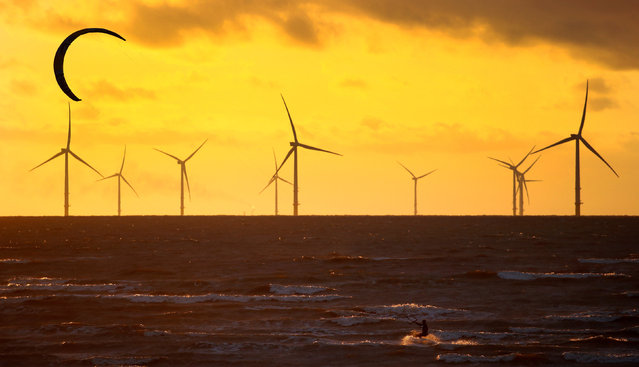 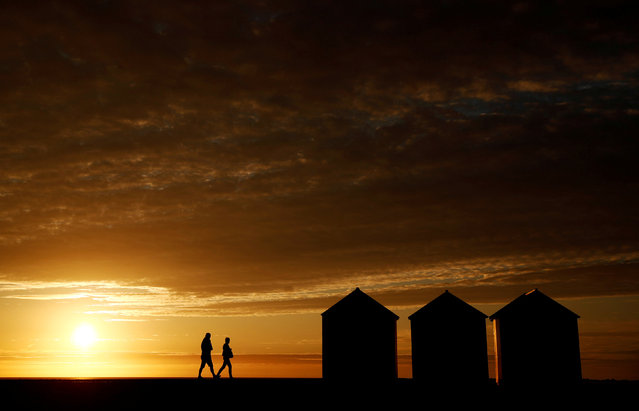 People enjoy a walk at sunset past beach cabins on the pebbled beach in Cayeux-sur-Mer, on the North coast of France, September 9, 2018. (Photo by Christian Hartmann/Reuters) 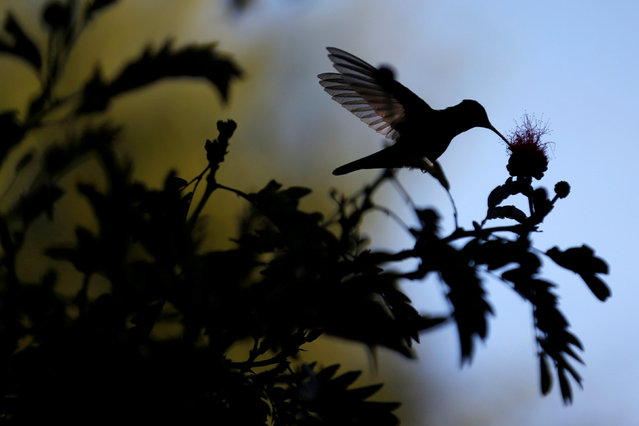