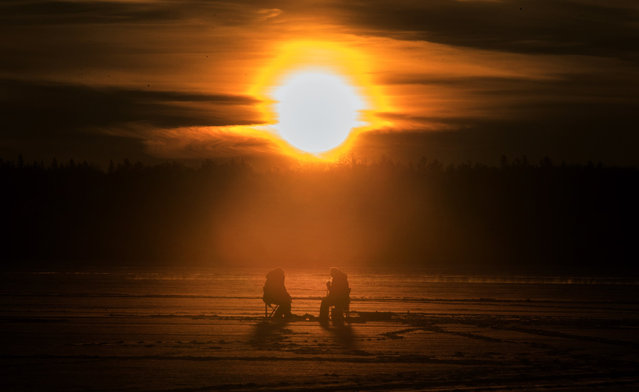 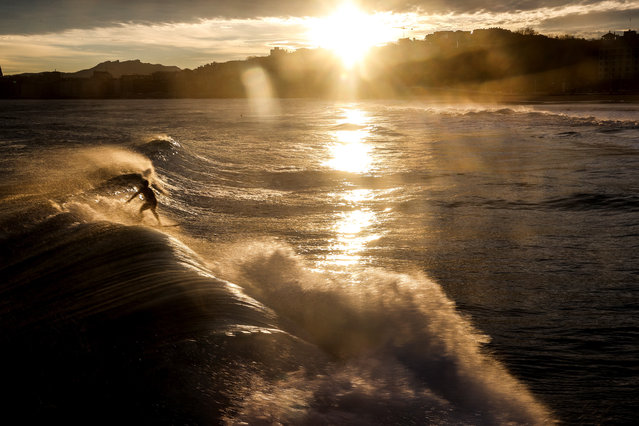 A surfer is seen off Ondarreta Beach at dawn in San Sebastian, Basque Country, northern Spain, 02 February 2021. The temperature reached u​p to 18 degrees Celsius during the day in the city. (Photo by Javier Etxezarreta/EPA/EFE) 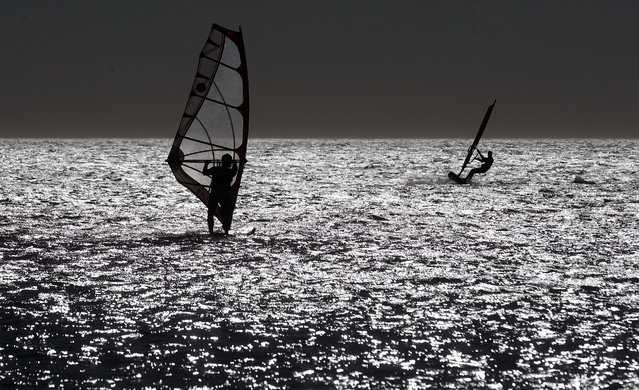 Windsurfers enjoy the strong winds at Patacona beach in Valencia, Spain, 01 February 2021. Strong winds are expected throughout ​the day in Valencia. (Photo by Kai Foersterling/EPA/EFE) 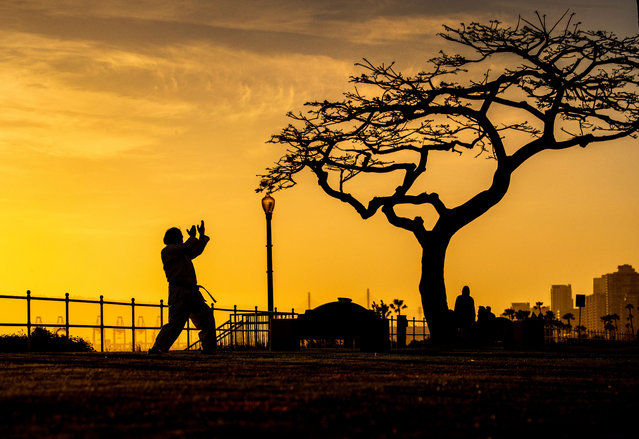 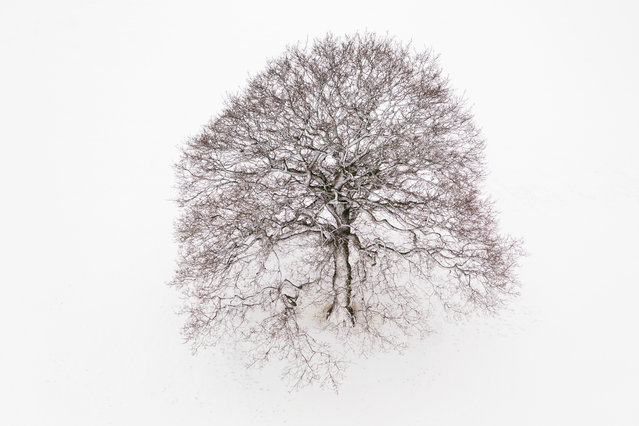 A lone tree stands in a snow covered field on February 08, 2021 near Canterbury, United Kingdom. Heavy snow in Scotland and South East England over this weekend kick start a week of freezing temperatures across many parts of the UK. (Photo by Dan Kitwood/Getty Images) 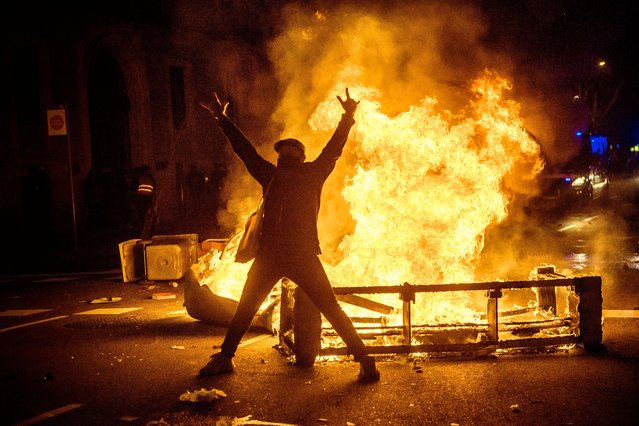 A protester poses for a photo in front of a burning barricade in Barcelona, Spain on February 17, 2021 as a protest following the imprisonment of rapper “Pablo Hasel” convicted to jail for glorifying terrorism and insulting Spain's former king in lyrics turns into riots for a second night. (Photo by Matthias Oesterle/ZUMA Wire/Rex Features/Shutterstock) 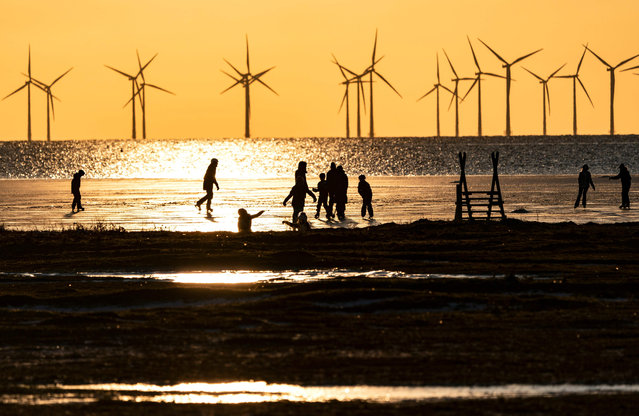 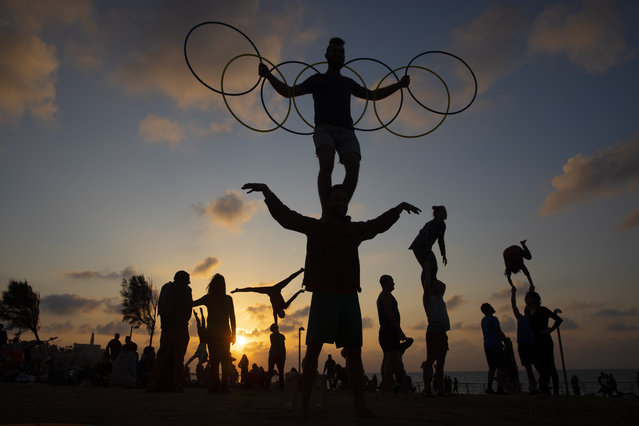 Acrobats perform gymnastic stunts as they work out during a nationwide lockdown to curb the spread of the COVID-19 virus at a park in Tel Aviv, Israel, Saturday, February 6, 2021. (Photo by Oded Balilty/AP Photo) 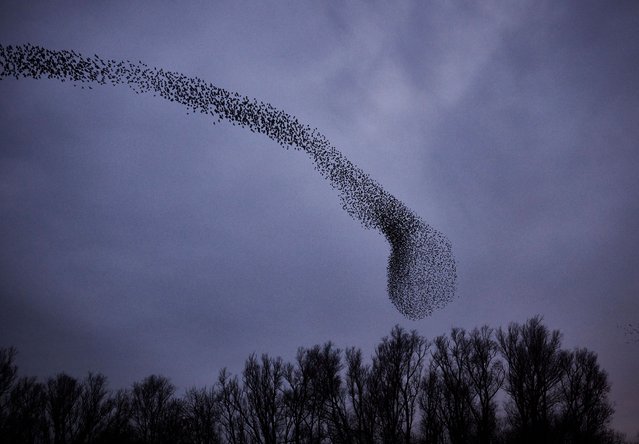 A murmuration of starlings in Cambridgeshire, United Kingdom on January 22, 2021. (Photo by David Levene/The Guardian) 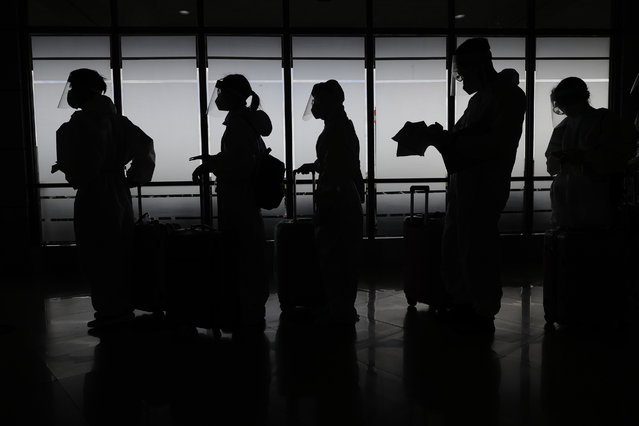 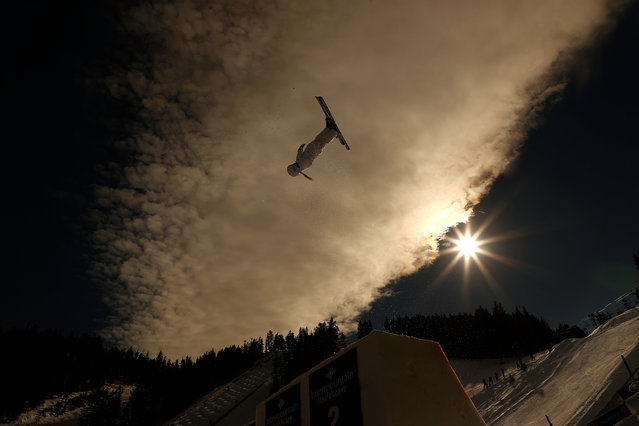 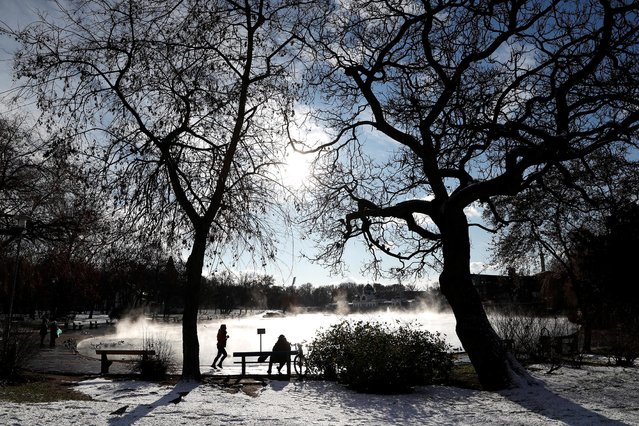 A woman runs at the City Park during a winter day in Budapest, Hungary, January 14, 2021. (Photo by Bernadett Szabo/Reuters) 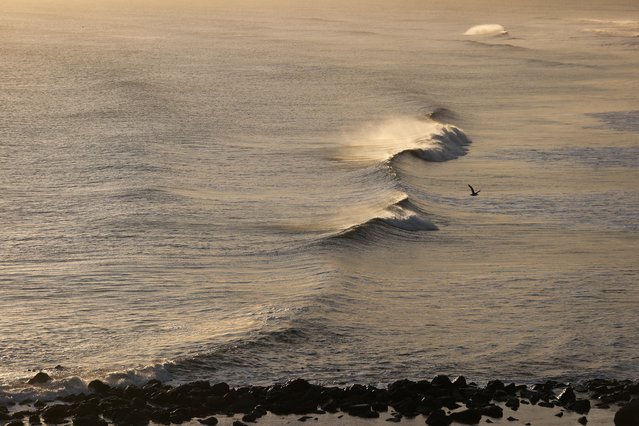 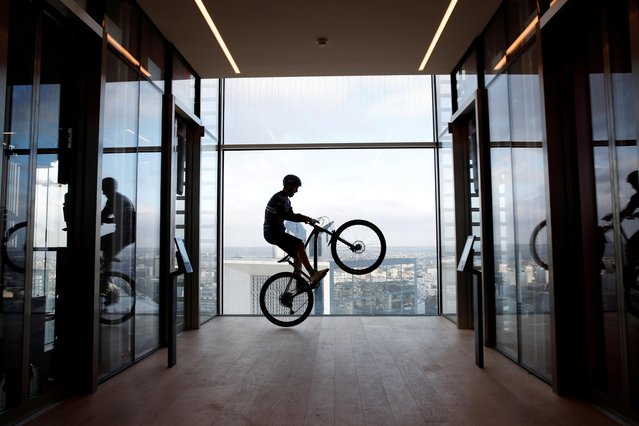 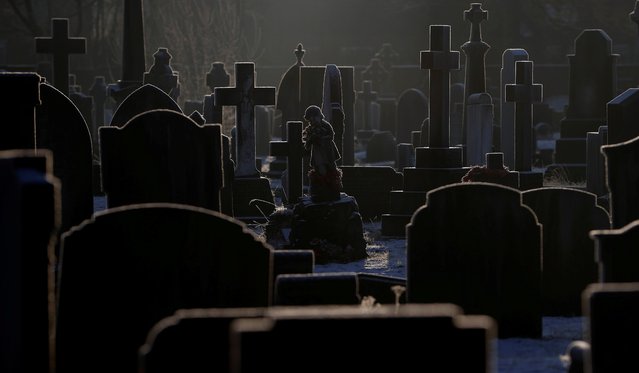 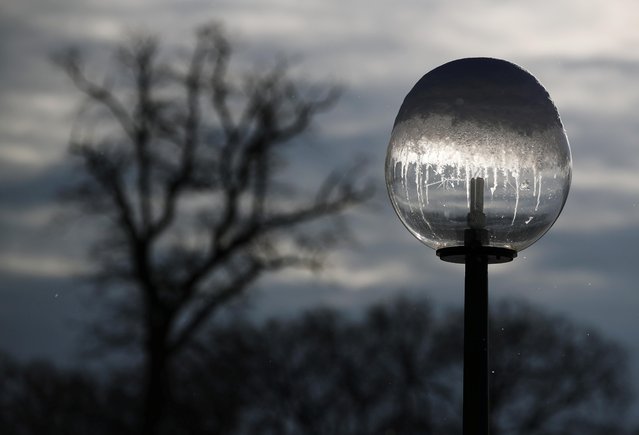 A frozen lamppost is seen in a park in Enghien, Belgium, February 9, 2021. (Photo by Yves Herman/Reuters) 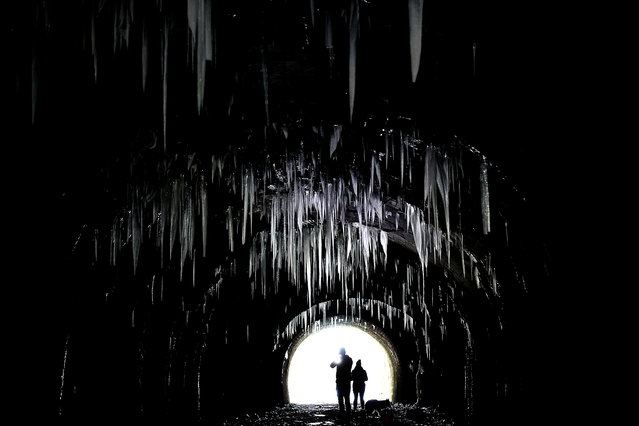 People photograph the icicles hanging from the roof of Hopton Tunnel, near the village of Hopton, Derbyshire, Britain, February 14, 2021. (Photo by Carl Recine/Reuters) 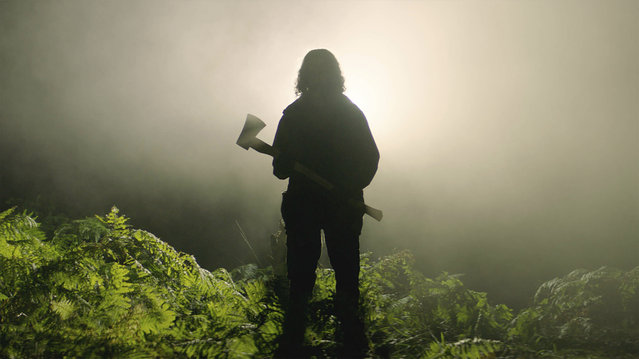 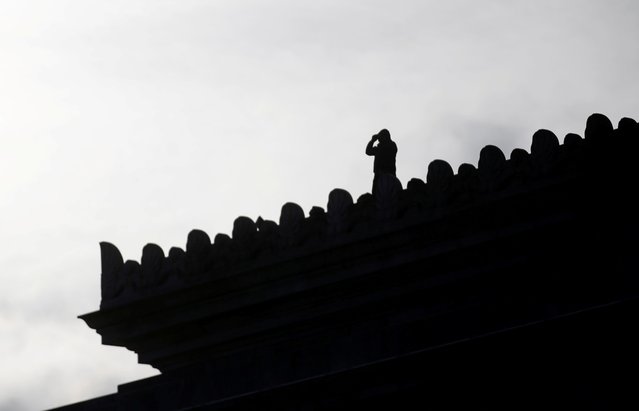 A member of law enforcement using binoculars is seen in silhouette on the roof of the Capitol Building, the day before a legislative session begins in Olympia, Washington, U.S. January 10, 2021. (Photo by Lindsey Wasson/Reuters) 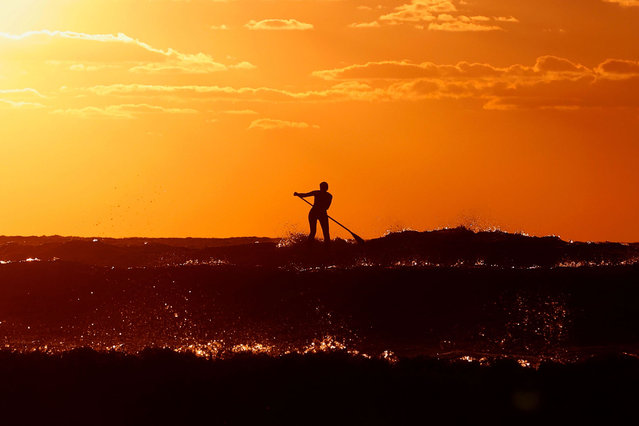 An Israeli youth rides a stand up paddle board at sunset on the shore of the coastal city of Netanya, north of Tel Aviv, on January 21, 2021, during a nationwide lockdown after a spike in COVID-19 cases. (Photo by Jack Guez/AFP Photo)
Edit Del
02 Apr 2021 09:47:00, post received 0 comments
Publication archive:
←   →
Popular tags:
All tags
Last searches: