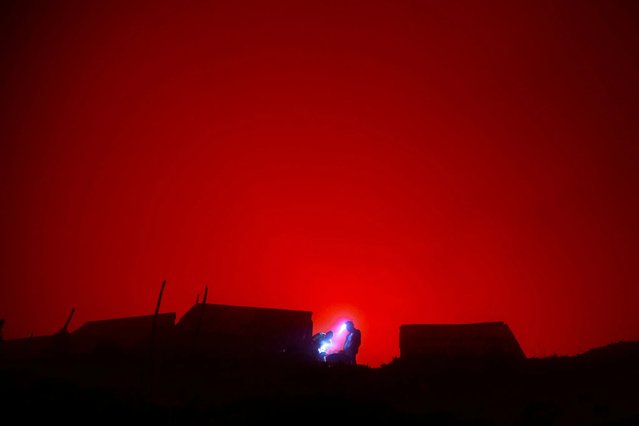 Congolese chefs cook on the rim of Nyiragongo volcano, lit up by the lava lake behind, inside the Virunga National Park near Goma, in the eastern Democratic Republic of Congo February 11, 2021. Analysts say the crater of Mount Nyiragongo in the eastern Democratic Republic of Congo has refilled with magma, raising the crater floor and fears of an even bigger disaster if an earthquake were to cause a fracture in the flank of the volcano. (Photo by Hereward Holland/Reuters) 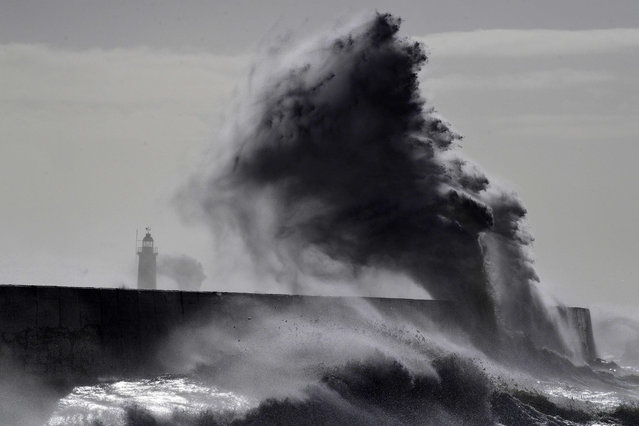 Waves crash over the harbour wall in Newhaven, south coast of England on March 11, 2021 as heavy gusts hit the south coast. (Photo by Glyn Kirk/AFP Photo) 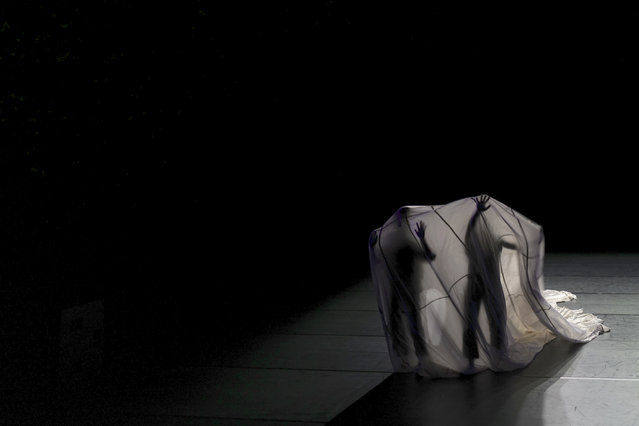 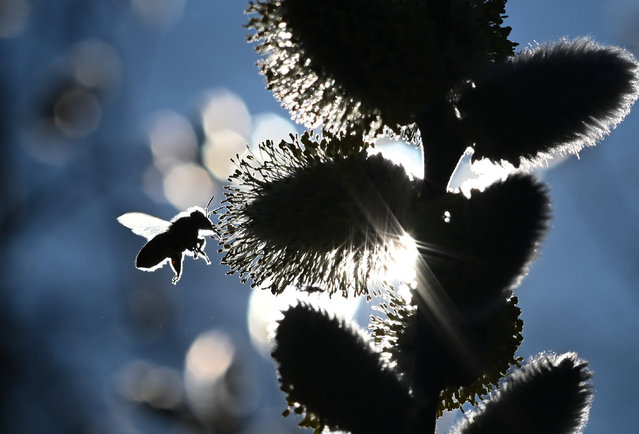 A bee approaching the flowers of a willow in Otzberg, Germany on February 28, 2021. Willow catkins are a protected species and one of the first sources of food for insects in early spring. (Photo by Arne Dedert/DPA) 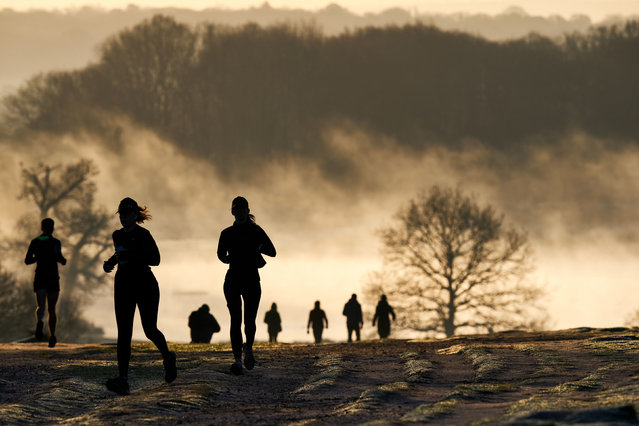 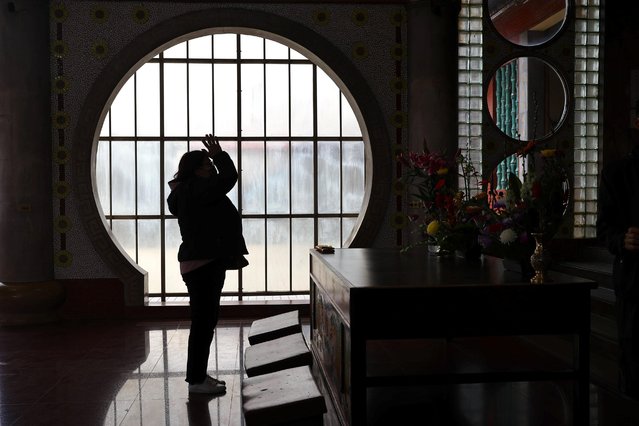 A woman prays during the Lunar New Year holiday at a temple in Taipei, Taiwan, February 14, 2021. (Photo by Ann Wang/Reuters) 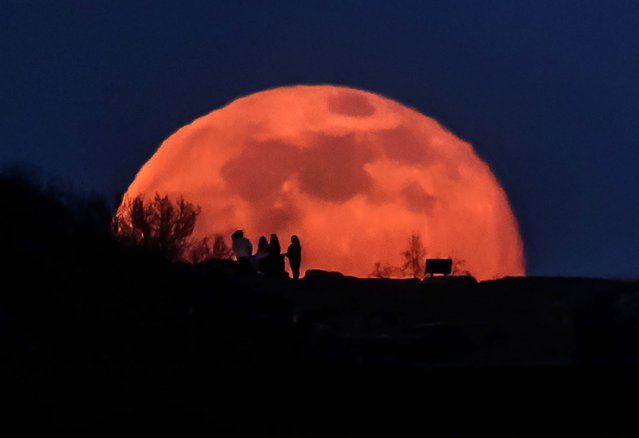 The snow moon rises behind a hill in Wakefield, West Yorkshire on Saturday, February 27, 2021. (Photo by Danny Lawson/PA Images via Getty Images) 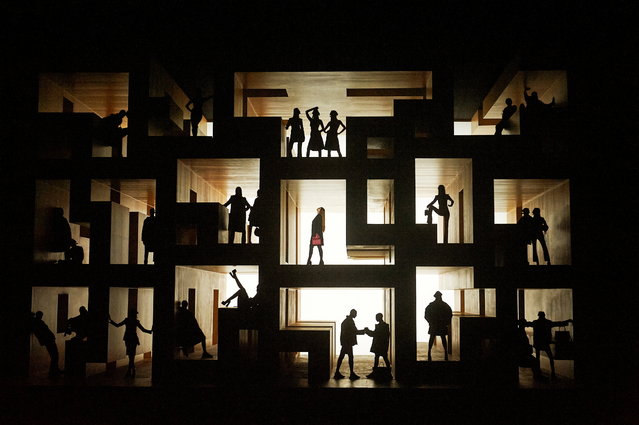 Models present creations from the Versace Fall/Winter 2021/2022 collection at the Milan Fashion Week, in Milan, Italy, in this picture released on March 5, 2021. (Photo by Versace/Handout via Reuters) 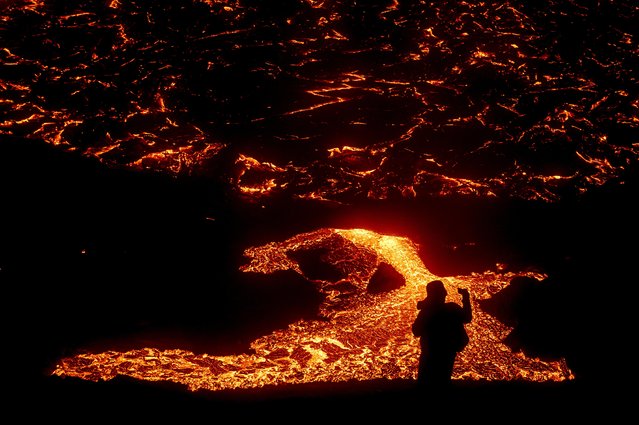 Lava flows from a volcano in Reykjanes Peninsula, Iceland on March 21, 2021. The volcano erupted near Iceland's capital Reykjavik on Friday, shooting lava high into the night sky after thousands of small earthquakes in recent weeks. (Photo by Sigtryggur Johannsson/Reuters) 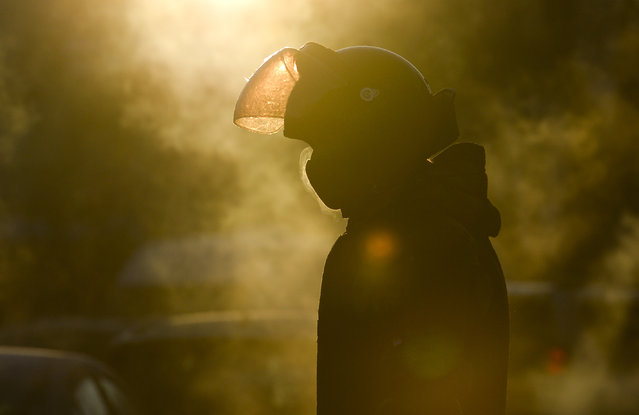 A police officer stands guard next to a building where a court will consider a motion from the Russian prison service to convert the suspended sentence of Russian opposition leader Alexei Navalny from the 2014 criminal conviction into a real prison term in Moscow, Russia, Tuesday, February 2, 2021. (Photo by Denis Kaminev/AP Photo) 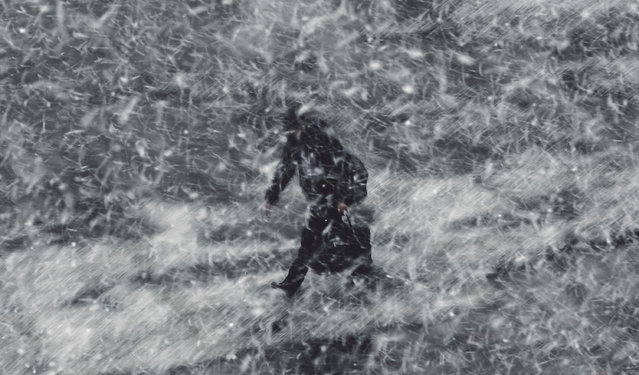 A man walks on a street during a spring snowfall as the temperature rose up to 2 degrees Celsius in Moscow, Russia, 04 March 2021. (Photo by Maxim Shipenkov/EPA/EFE) 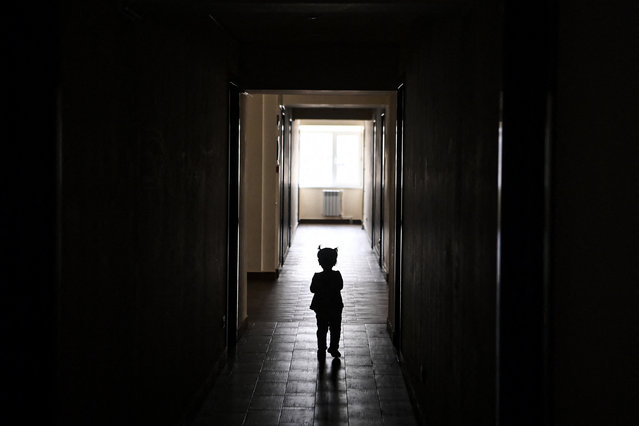 A child walks in a corridor of a University student residence in Yerevan, used for people who were displaced from the city of Hadrut in the region of Nagorno – Karabakh during the war, on March 2, 2021. A military conflict with Azerbaijan that erupted last year over the disputed Nagorno-Karabakh region claimed around 6,000 lives on all sides. (Photo by Aris Messinis/AFP Photo) 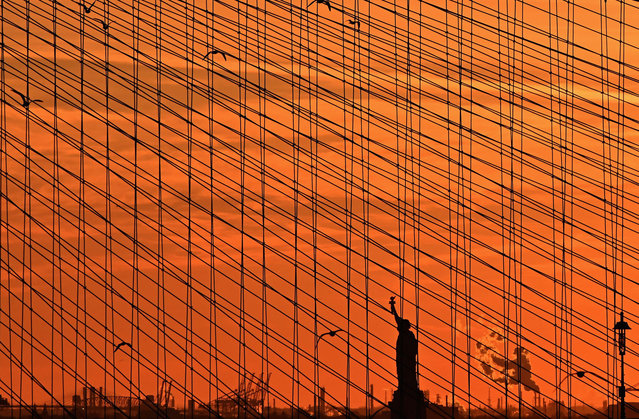 The Statue of Liberty is seen at sunset through the steel-wire suspension cables of the Brooklyn Bridge on February 17, 2021 in New York City. (Photo by Angela Weiss/AFP Photo) 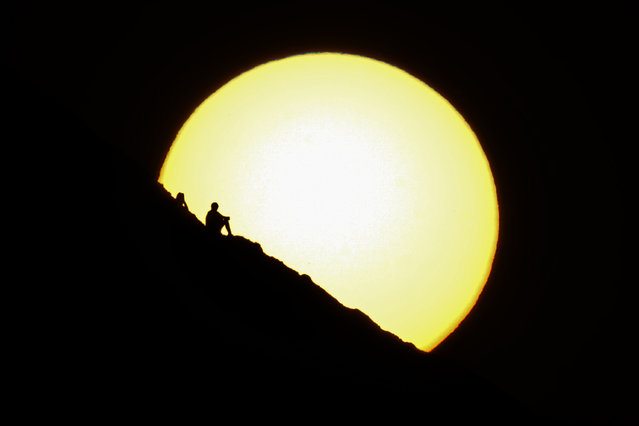 People watch the sunset from a peak at Papago Park, Friday, February 19, 2021, in Phoenix. (Photo by Charlie Riedel/AP Photo) 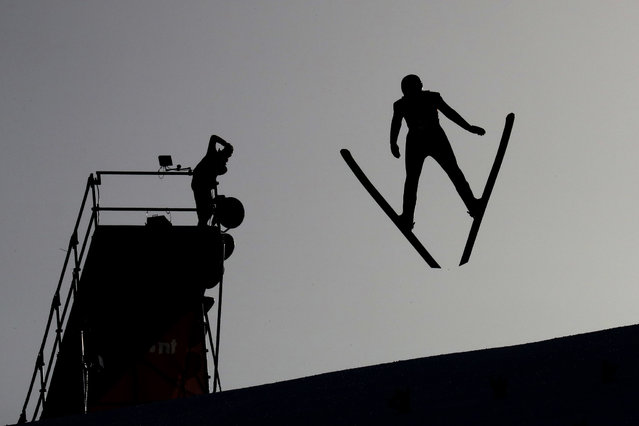 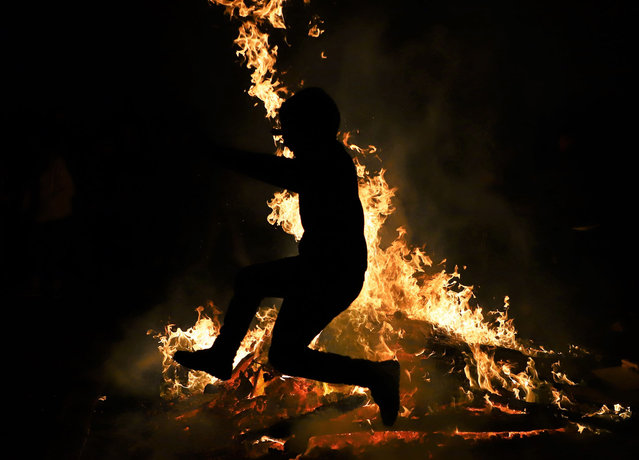 Silhouette of a person jumping over a bonfire as part of the Newroz celebrations, marking the arrival of spring in Baku, Azerbaijan on March 02, 2021. The “fire Wednesday”, considered as one of the symbols of Newroz celebrations, began in Azerbaijan. Despite the restrictions due to the new type of coronavirus (Covid-19) pandemic, Azerbaijanis gathered around the bonfires they set up in the neighborhoods for the “fire Wednesday”, which is the second of the “four wednesdays” in their old traditions and has similar characteristics to the spring arrival belief in Anatolia. (Photo by Resul Rehimov/Anadolu Agency via Getty Images)
Edit Del
10 Apr 2021 05:48:00, post received 0 comments
Publication archive:
←   →
Popular tags:
All tags
Last searches: