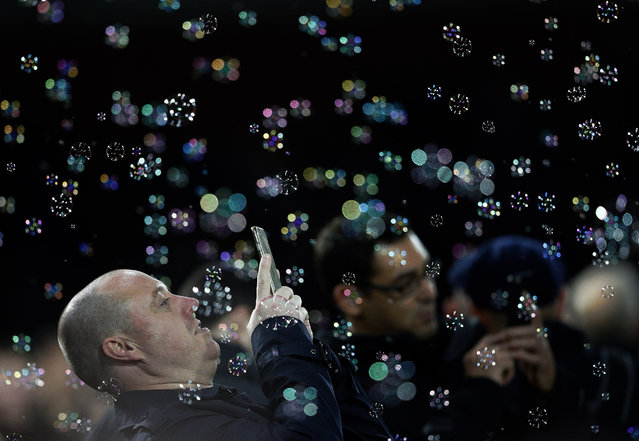 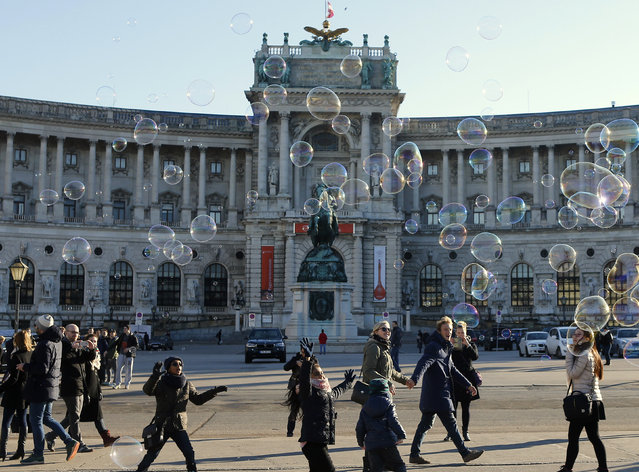 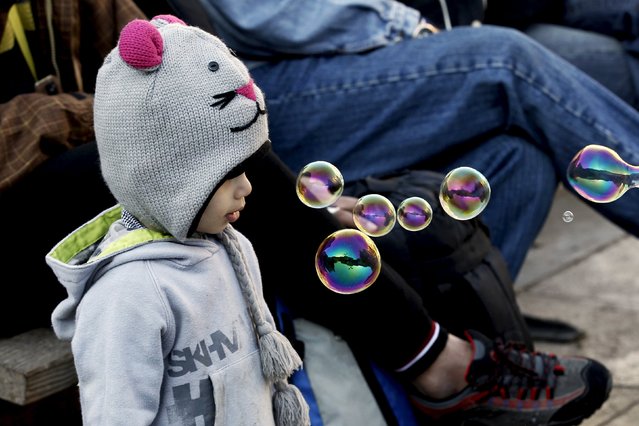 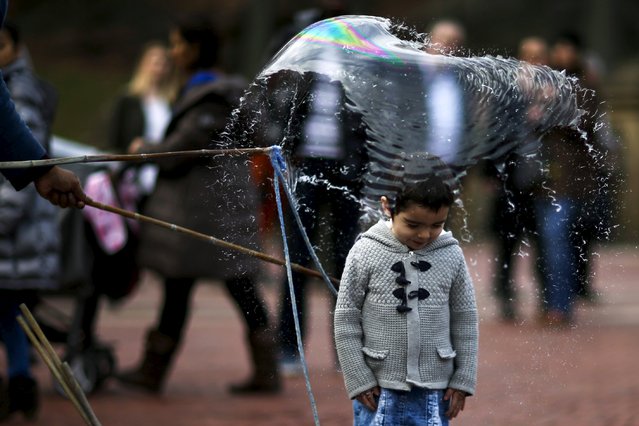 A bubble breaks on a child during a warm day in Central Park, New York December 25, 2015. (Photo by Eduardo Munoz/Reuters) 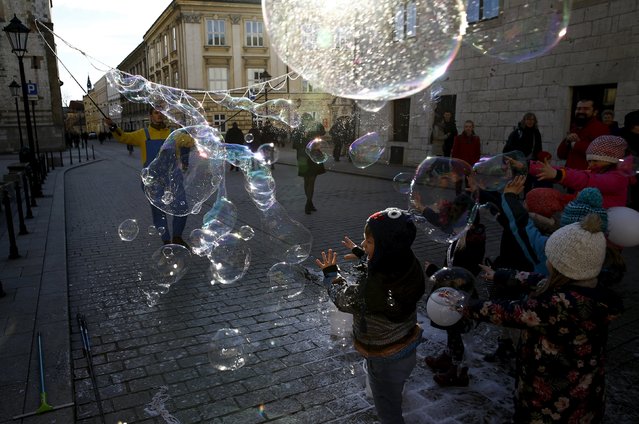 A child plays with soap bubbles at the Old Town in Krakow, Poland January 30, 2016. (Photo by Kacper Pempel/Reuters) 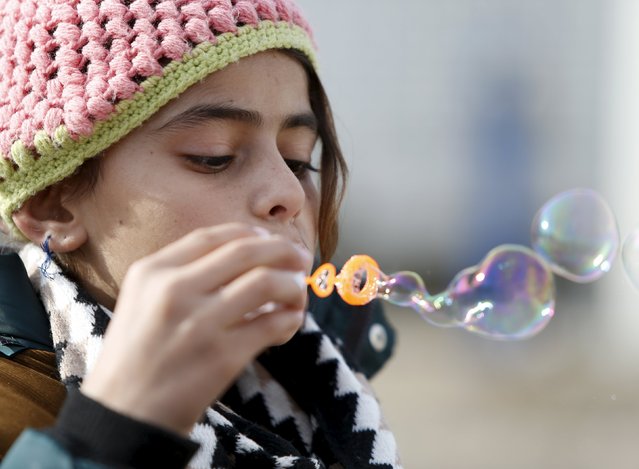 A child migrant blows soap bubbles as refugees and migrants wait to continue their journey towards western Europe from the Macedonia-Serbia border at a transit camp in the village of Presevo, Serbia, February 2, 2016. (Photo by Darrin Zammit Lupi/Reuters) 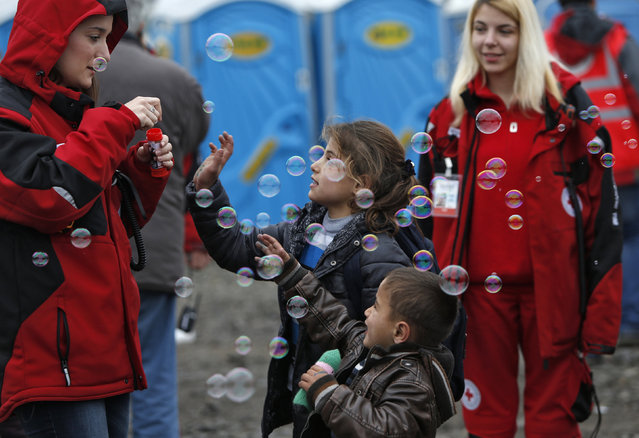 Children play with bubbles blown by volunteers as migrants and refugees are registered by the authorities before continuing their train journey to western Europe at a refugee transit camp in Slavonski Brod, Croatia, February 10, 2016. (Photo by Darrin Zammit Lupi/Reuters) 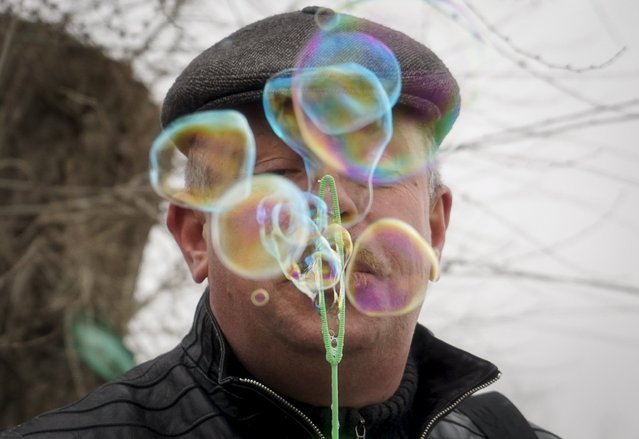 A man blows soap bubbles during a celebration to mark Maslenitsa, or Pancake Week, in Baikonur, Kazakhstan, March 13, 2016. (Photo by Shamil Zhumatov/Reuters) 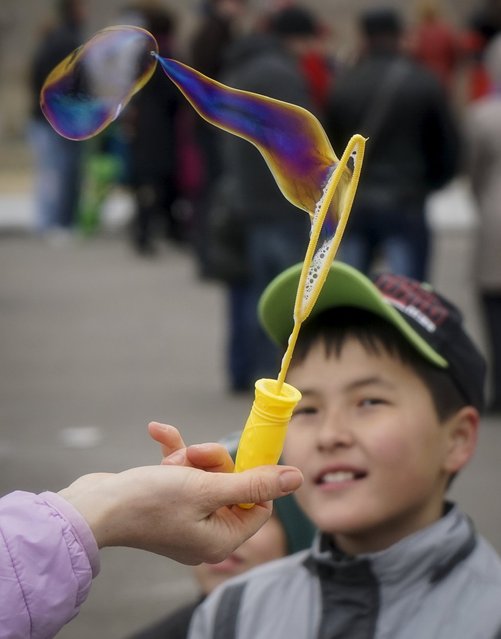 A boy looks on as a woman makes soap bubbles during a celebration to mark Maslenitsa, or Pancake Week, in Baikonur, Kazakhstan, March 13, 2016. (Photo by Shamil Zhumatov/Reuters) 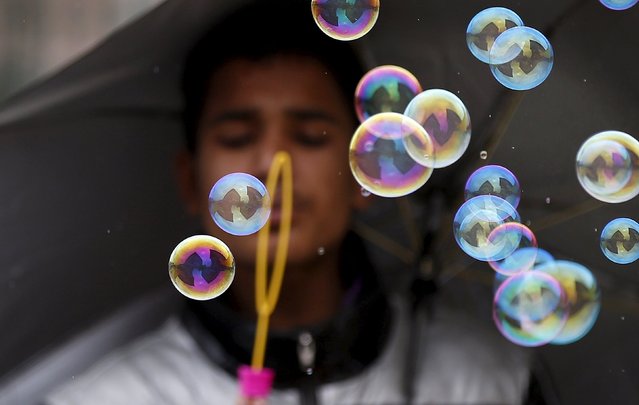 A street vendor blows bubbles to attract customers in Srinagar in the Kashmir region of India, March 20, 2016. (Photo by Danish Ismail/Reuters) 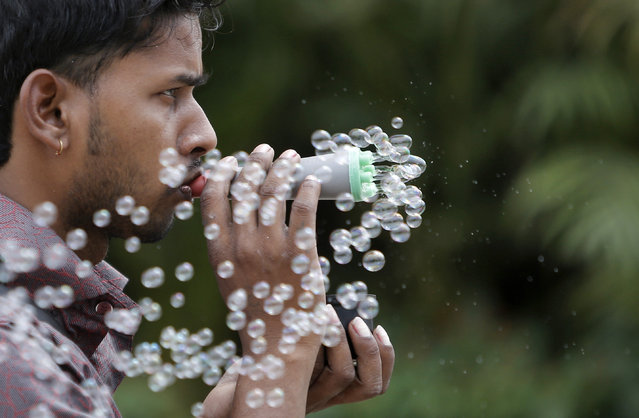 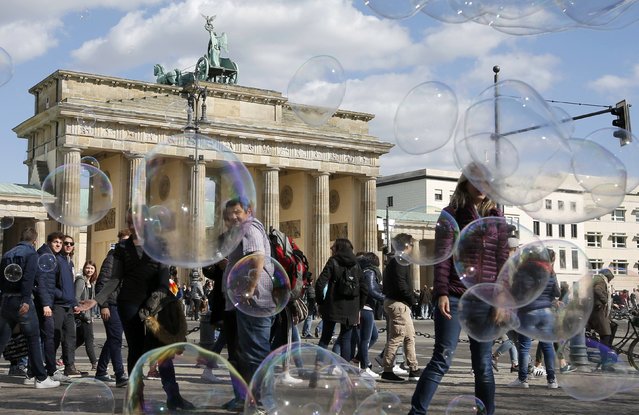 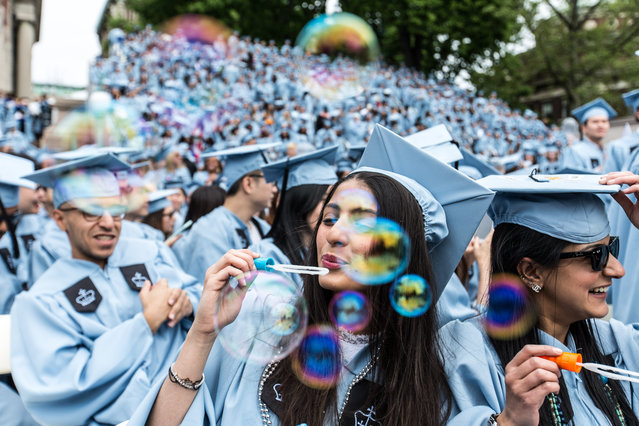 Students blow bubbles during a commencement ceremony at Columbia University in New York, USA on May 19, 2016. (Photo by Xinhua/Barcroft Images) 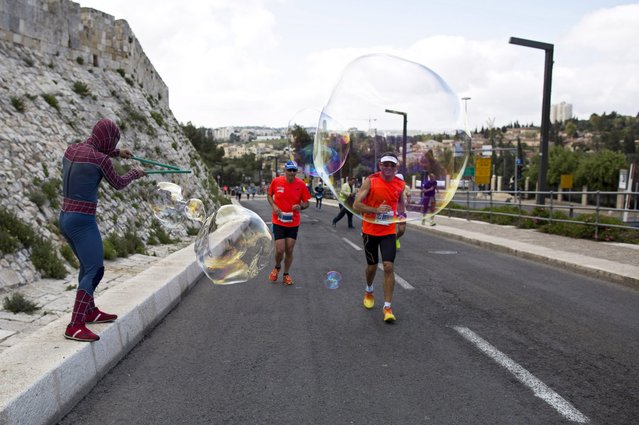 Athletes run onto soap bubbles made by a man dressed in a Spiderman costume as they pass by the Old City walls during the Jerusalem Marathon in Jerusalem, 18 March 2016. (Photo by Abir Sultan/EPA) 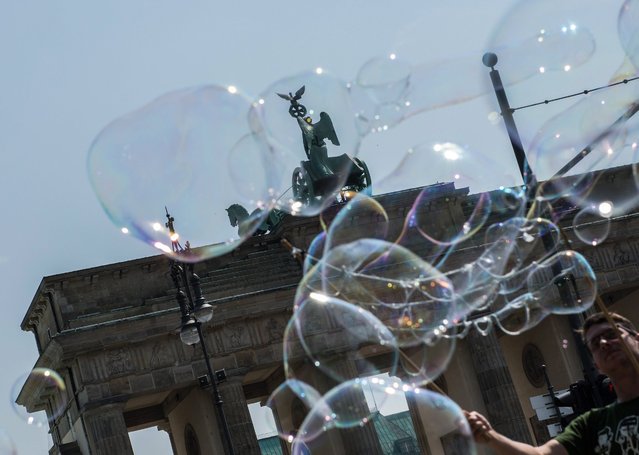 Bubbles float at the Brandenburg Gate in Berlin, Germany, 23 May 2016. A Polish street artist sends the partly giant bubbles into the blue sky. (Photo by Paul Zinken/EPA) 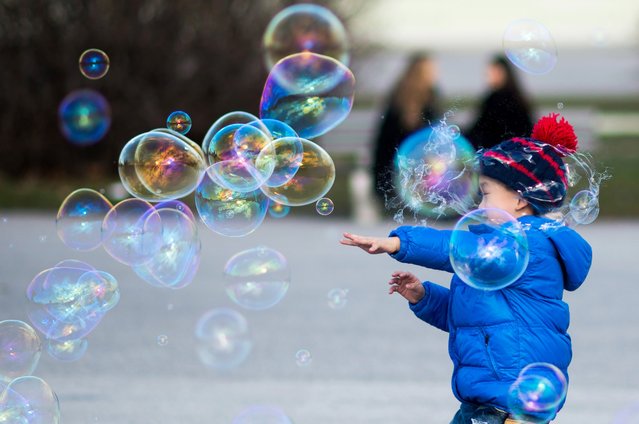 A young boy plays with soap bubbles near Hofburg Palace at Heldenplatz, one of the top tourists attractions in Vienna, Austria, January 26, 2016. (Photo by Christian Bruna/EPA) 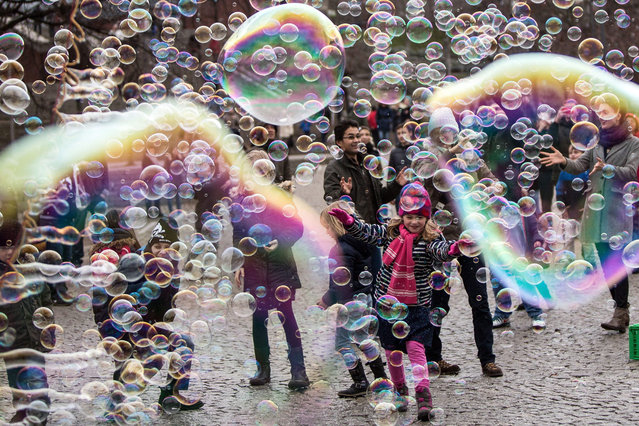 Visitors and children play with big and small bubbles in Cologne, Germany, 03 January 2016. The weather in Germany is divided between mild temperatures in the south-west, where as the north of the country is being subject to Siberian cold air. (Photo by Maja Hitij/EPA) 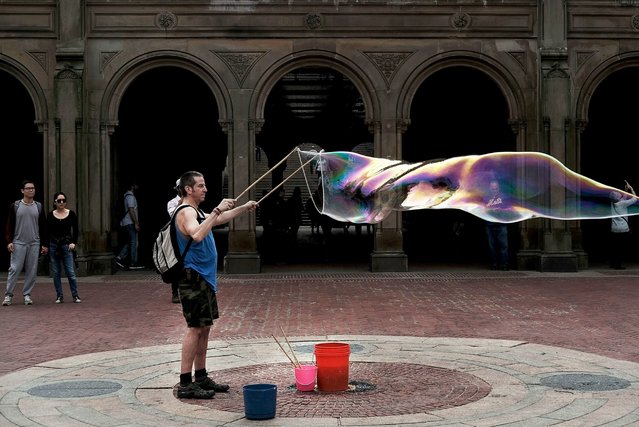 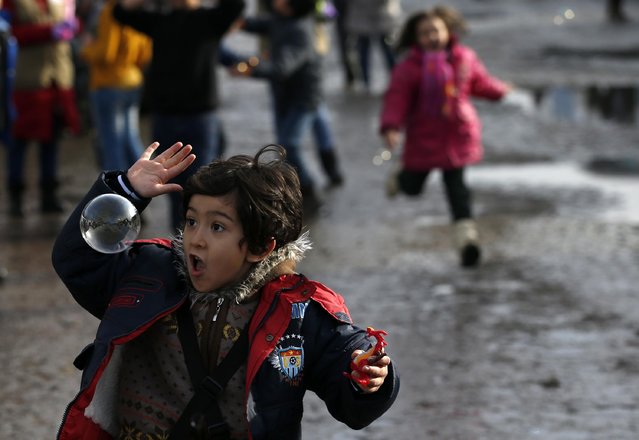