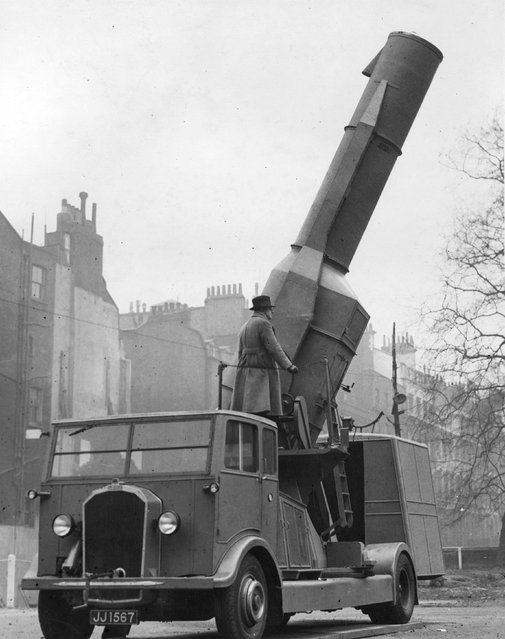 Mr. Grindell Matthews with his latest invention, the new photographic gun which is the latest development in sky signs. 1933. It can throw a beam of light 15 miles into the sky. (Photo by Fox Photos) 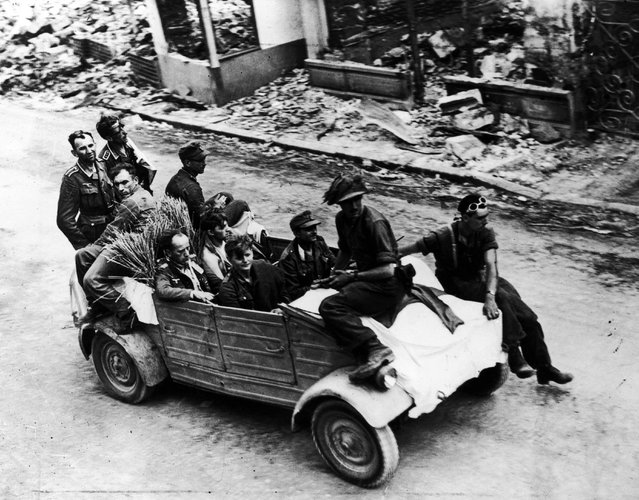 German troops drive into the French town of Trun under a white flag of surrender, 1944. (Photo by Keystone) 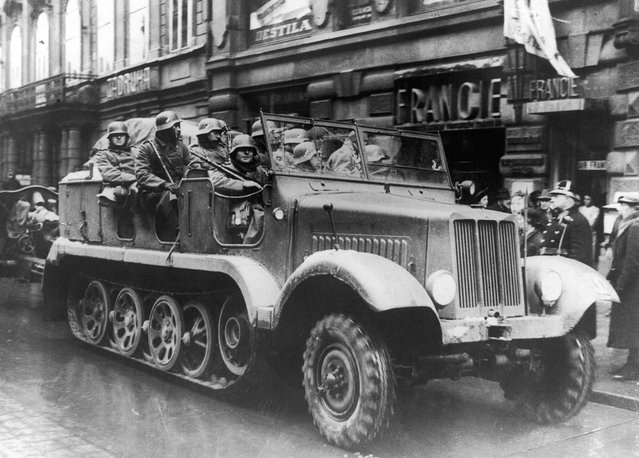 German troops in an armoured vehicle in one of Prague's main streets following the annexation of Sudetenland, 1939. (Photo by Keystone) 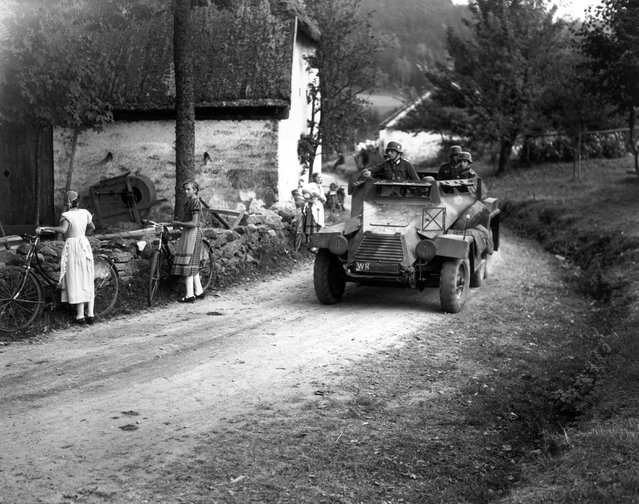 Watched by young Czech women with bicycles a German armoured car drives through Waldhaeus in Czechoslovakia, an invasion which led up to WWII. 3rd October 1938. (Photo by Keystone) 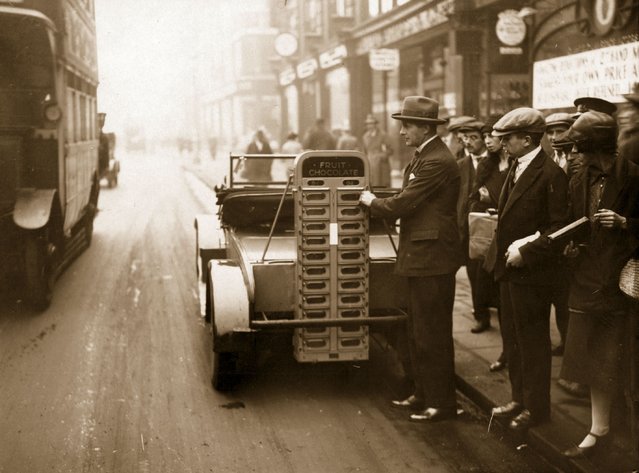 A “money-in-the-slot” automatic fruit and nut vending machine attached to a car, on display in Britain for the first time, 1928. (Photo by J. Gaiger) 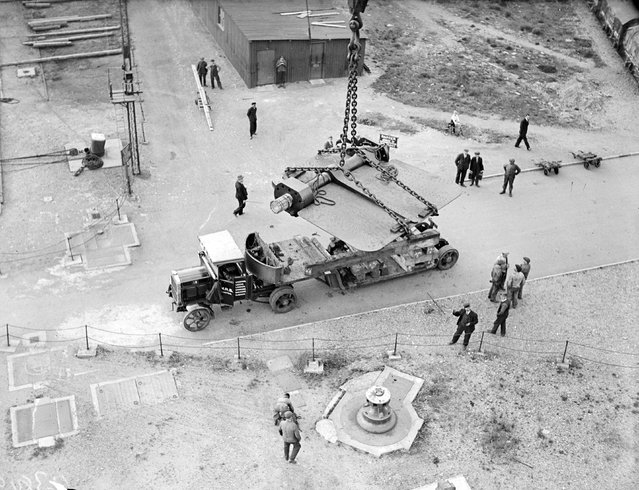 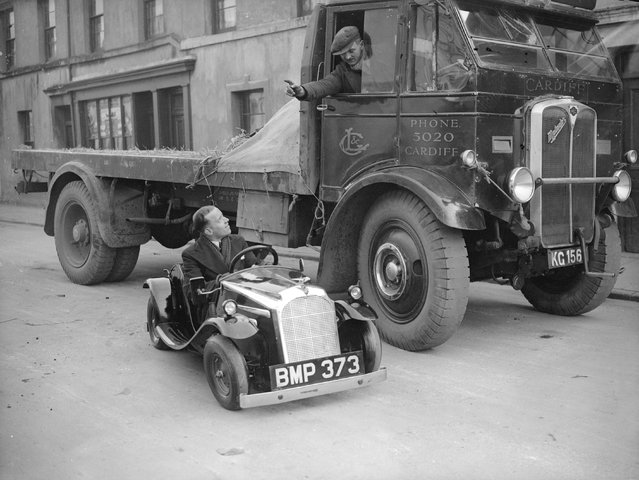 A lorry driver talking to the driver of a midget car in Cardiff, February 1935. (Photo by Fox Photos) 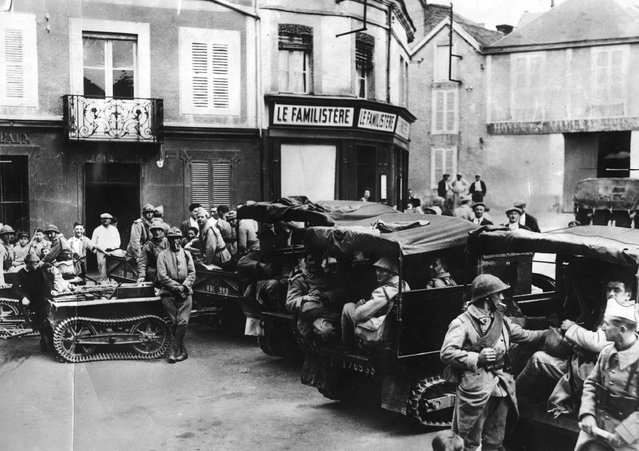 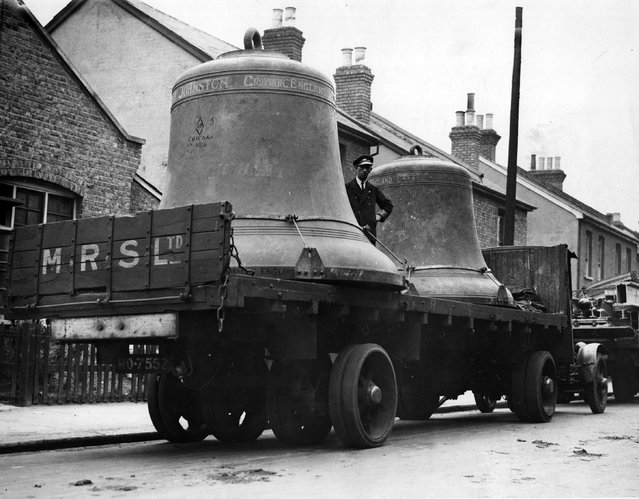 The bells for the chapel of the University of Chicago leaving the foundry in England, where they were made, en-route for the USA. 12th June 1932. (Photo by Fox Photos) 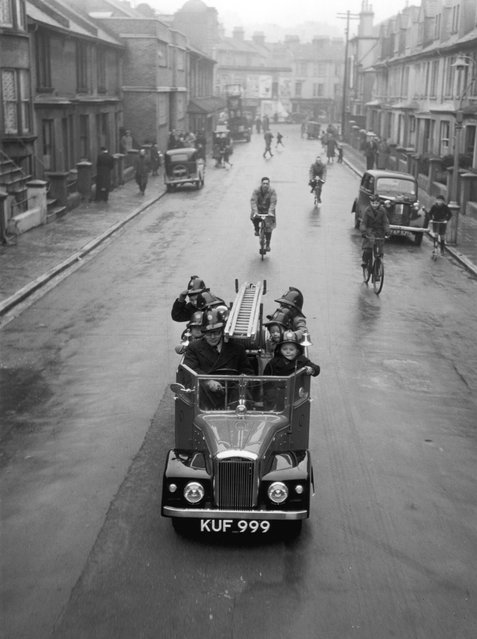 On the streets of Brighton in Sussex, a fire engine, complete with a crew of children, just half the size of a real fire engine, and complete in every detail, with bells, ladders and hoses. 5th May 1951. (Photo by Chris Ware/Keystone Features) 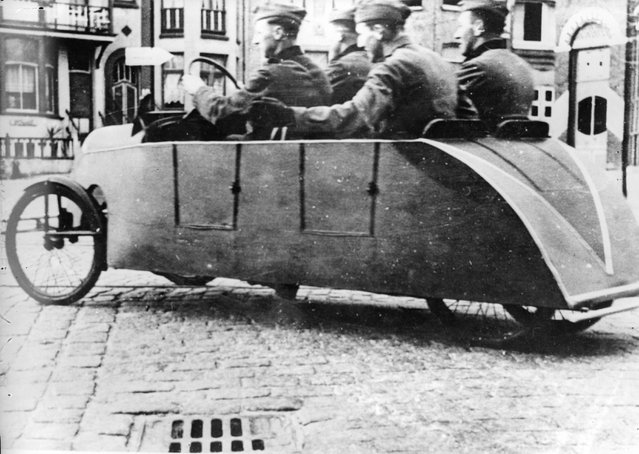 To save petrol German soldiers use a pedal car to get around in towns. 28th January 1941. (Photo by Keystone) 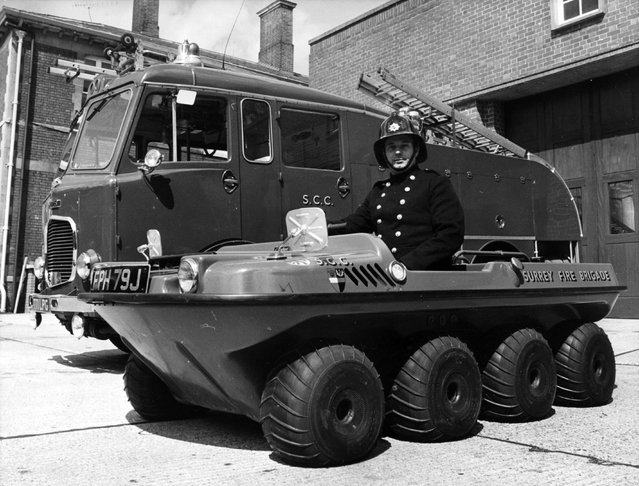 Fireman Bainbridge in the argocat at Reigate fire station, Surrey, 1971. The new vehicle has been designed by a company in Canada where it is used for forestry work, duck shooting and as a beach runabout. Completely amphibious, and equipped with balloon tyres and a two-stroke 436cc engine, the vehicle can carry up to six men and a portable pump and hose. It is intended for commando style fire-fighting in inaccessible places. (Photo by Wesley/Keystone) 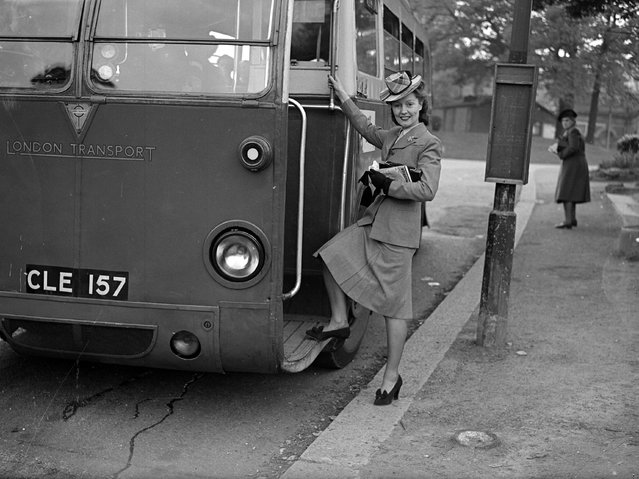 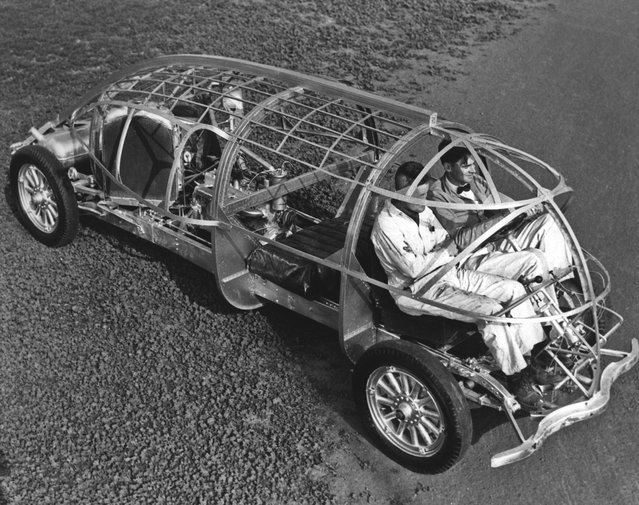