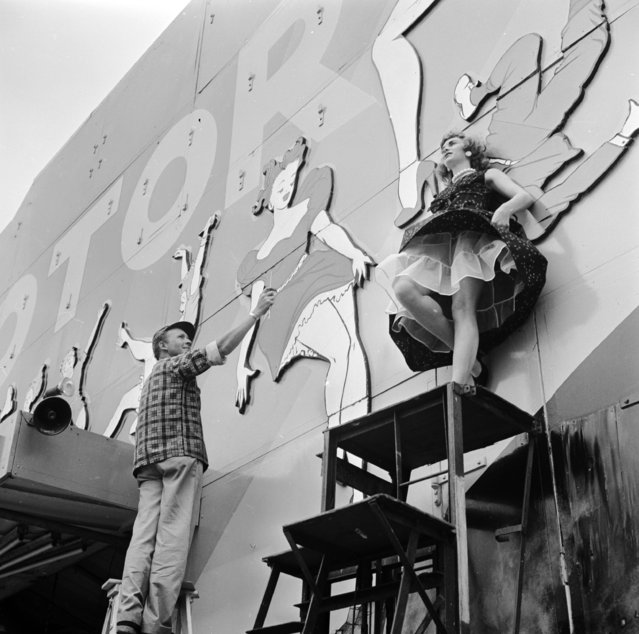 Herman Huseby, art director at the Rockaway Playland Amusement Park in Belle Harbour, New York, works on a mural with the help of a model, circa 1950. (Photo by Orlando/Three Lions/Getty Images) 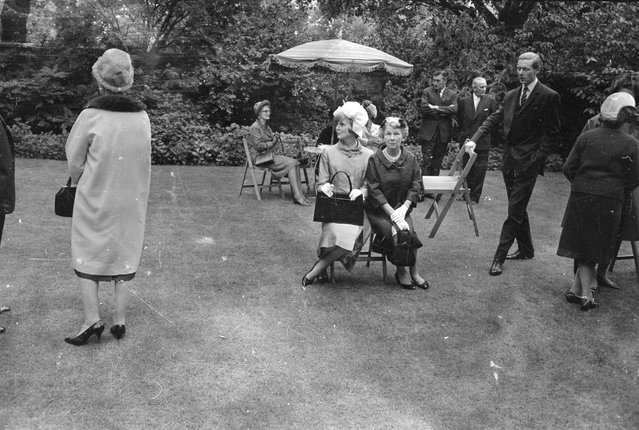 Guest at a garden party held at No 10 Downing Street, London, on 7th July 1965. (Photo by Len Trievnor/Express/Getty Images) 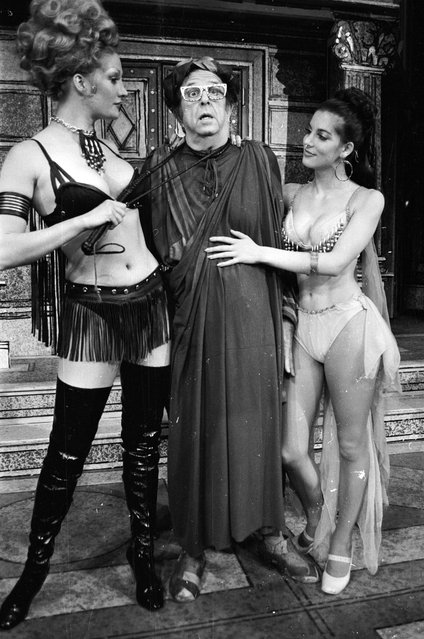 American comic actor, Phil Silvers, with Patricia Peters and Rikki Howard in “A Funny Thing Happened on the Way to the Forum”, 29th January 1974. (Photo by Victor Blackman/Express/Getty Images) 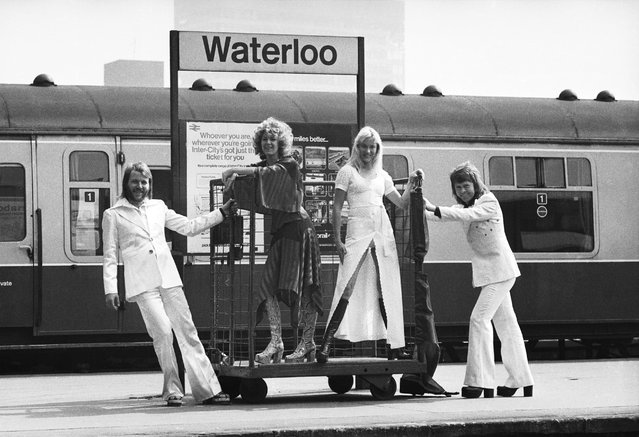 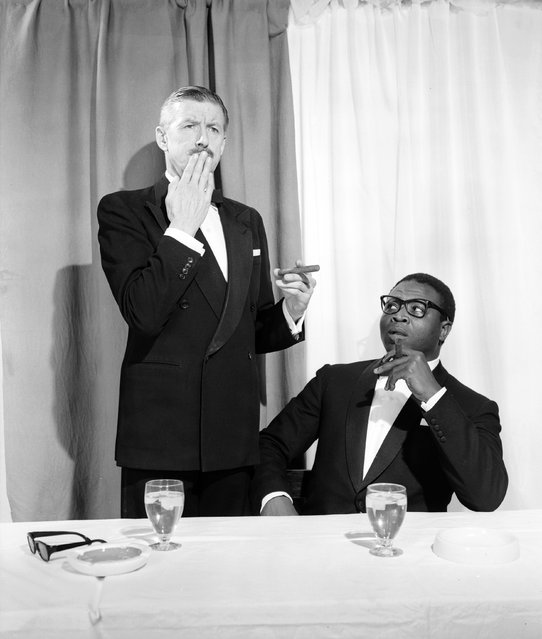 An after dinner speaker appears to have forgotten what he was going to say, 1964. (Photo by Chaloner Woods/Getty Images) 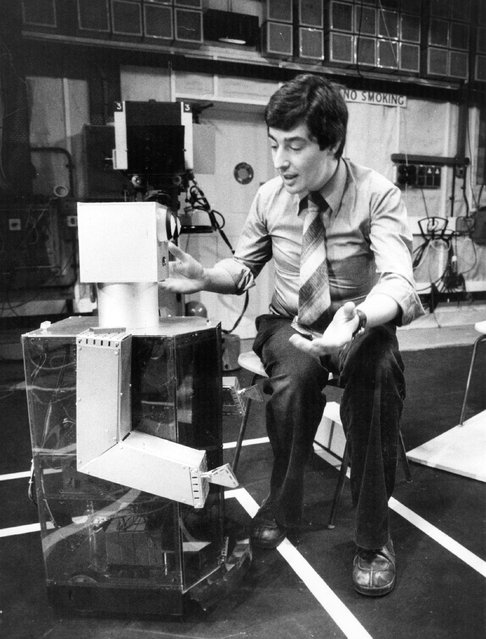 Maisie the Robot talks to its designer David Strange at the Alexandra Palace studios, on 1st December 1977. (Photo by Goodman/Evening Standard/Getty Images) 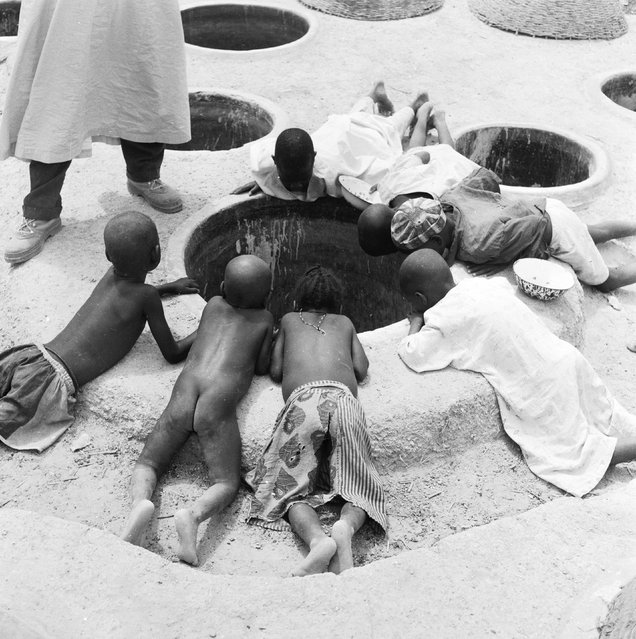 Children peer into one of the indigo dye pits, used for dyeing cloth in Kano, northern Nigeria, on October 1959. (Photo by Keystone Features/Getty Images) 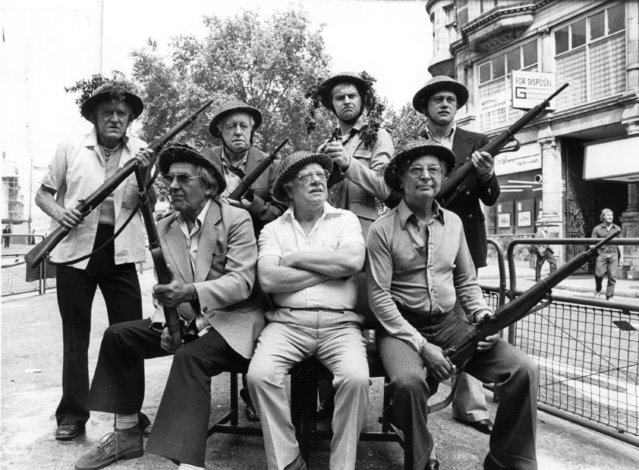 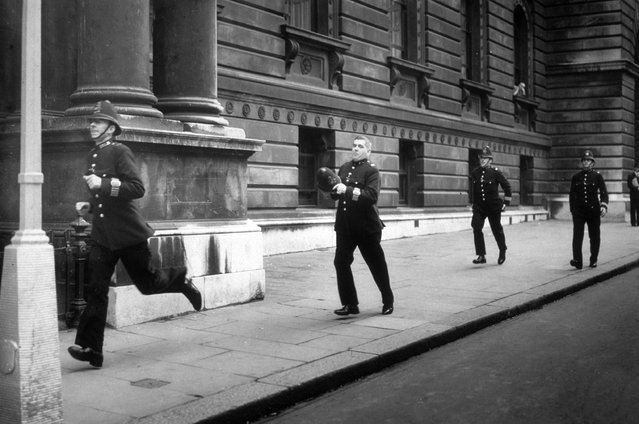 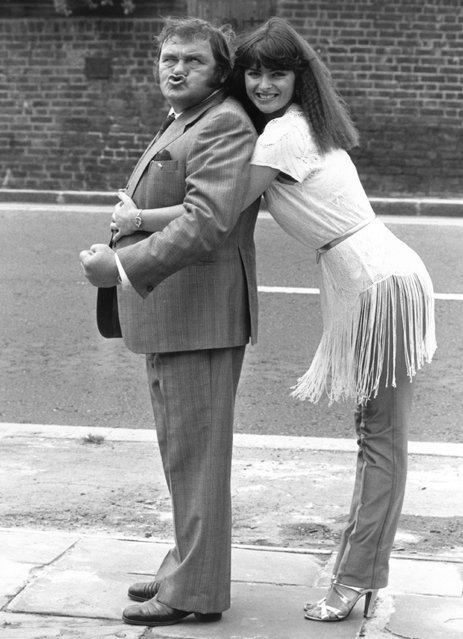 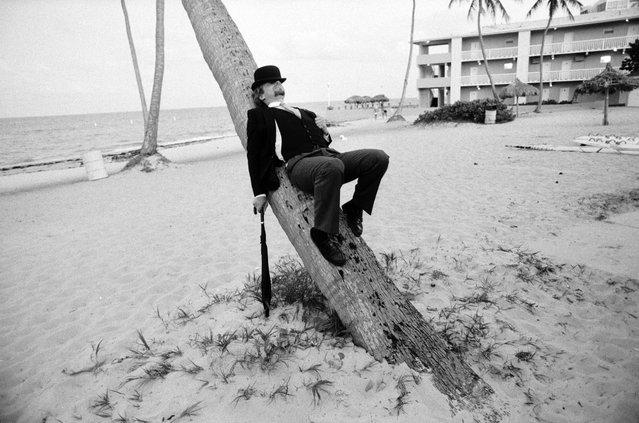 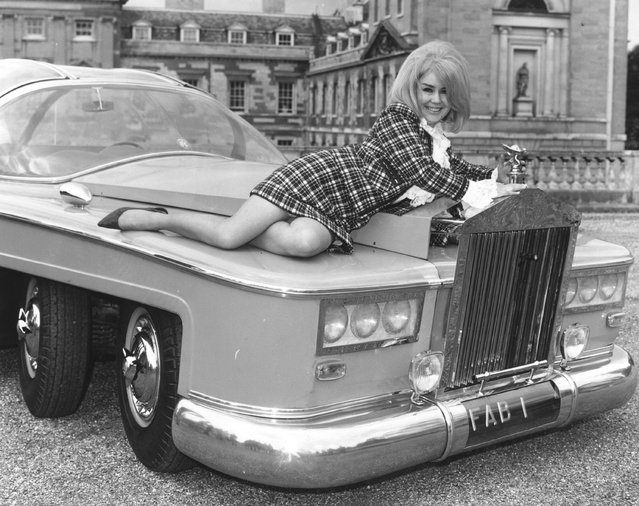 Actress Penny Snow reclines on the bonnet of a pink, six-wheeled Rolls Royce outside Woburn Abbey. The car is a specially built, full-size replica of the vehicle “FAB 1” owned by the character Lady Penelope in the puppet television series “Thunderbirds”. 1968. (Photo by Joe Bangay/Express/Getty Images) 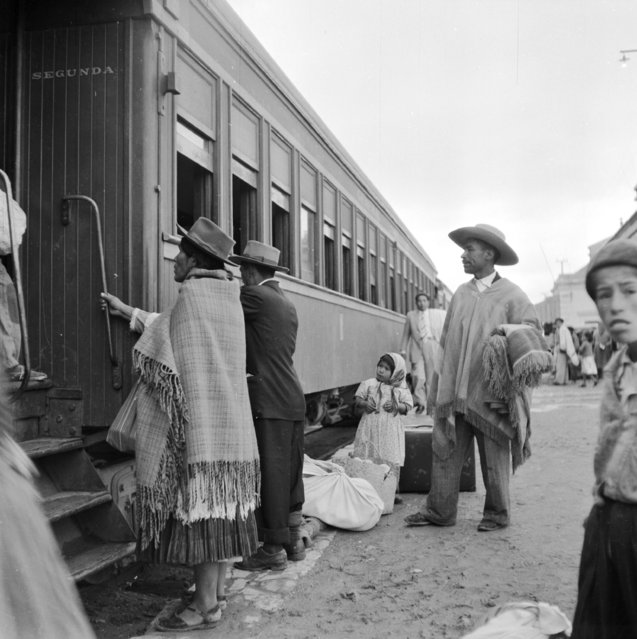 Departure of the La Paz to Buenos Aires express from the Argentine frontier station La Quiaca, circa 1955. (Photo by Three Lions/Getty Images) 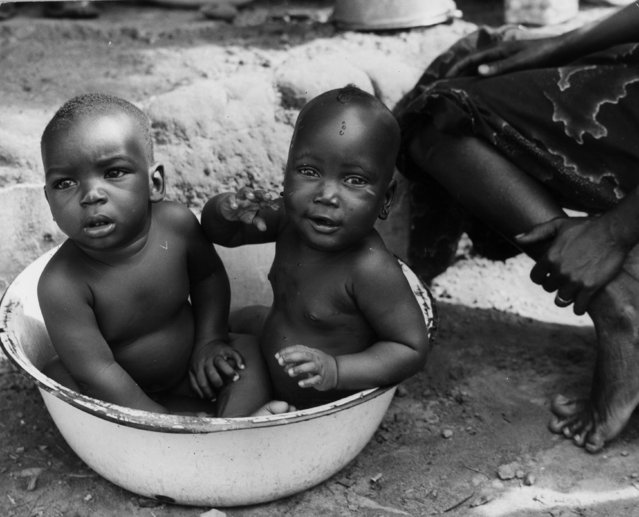 Two children from the west African Republic of Liberia take a bath in a large bowl, circa 1955. (Photo by Three Lions/Getty Images) 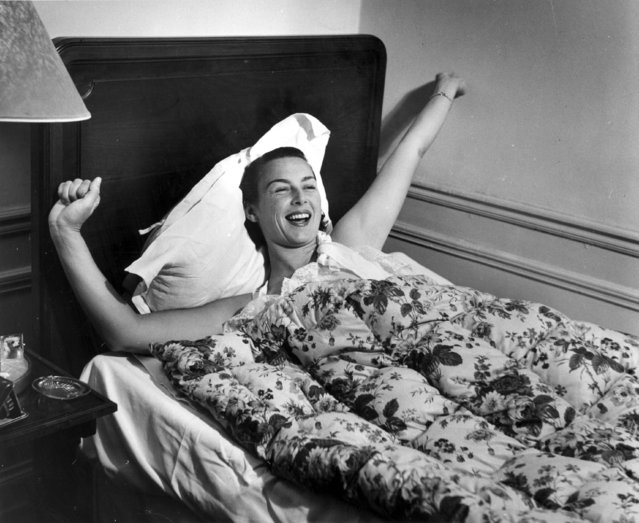 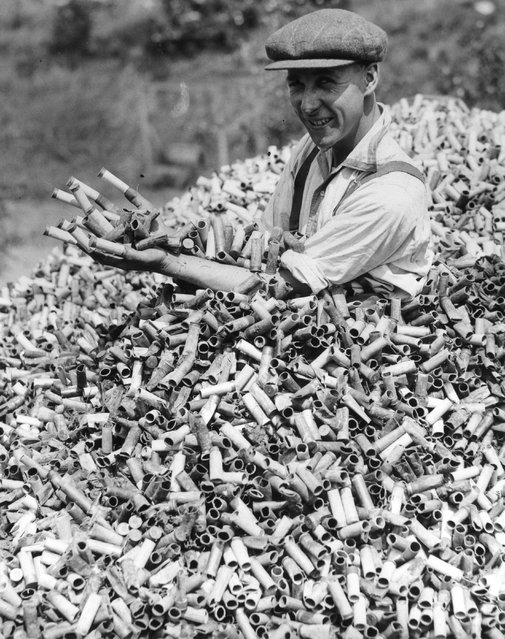 A man buried in spent cartridges in a dump in at the Gun Club in Crayford, Kent, which has been building up over five years. During the shooting season over 20,000 cartridges are fired a week. 25th May 1934. (Photo by Reg Speller/Fox Photos/Getty Images) 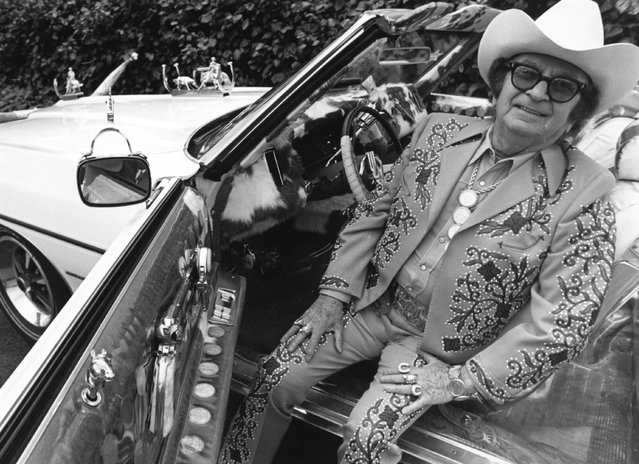 Nudie Cohen, known as Nudie (1902 – 1984), Russian-born costume designer for many country and western singers, sitting in his famous white Pontiac convertible, April 1971. The car has 14 guns mounted in varying positions, including Colt revolvers which work as door handles, arm-rests and gear levers. A silver saddle is mounted on the rear seats, the interior decorated with hundreds of silver dollars, and the horn blasts out a cattle stampede to the sound of Dale Evans singing “Happy Trails”. (Photo by Marti Coale/BIPs/Getty Images) 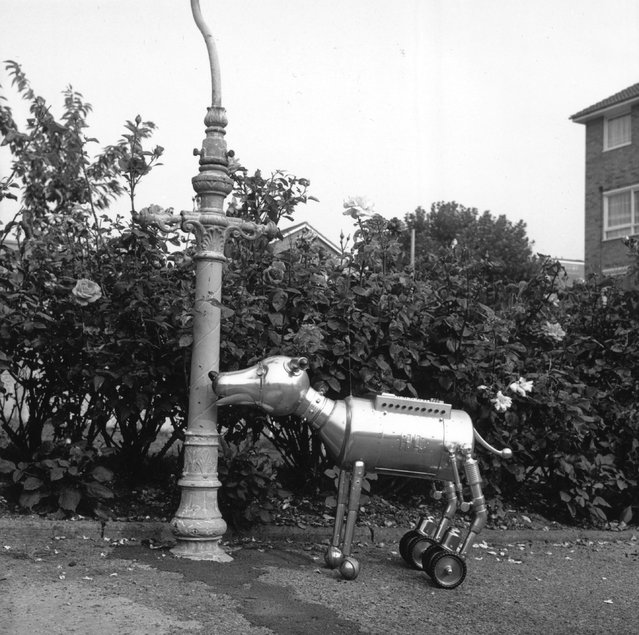 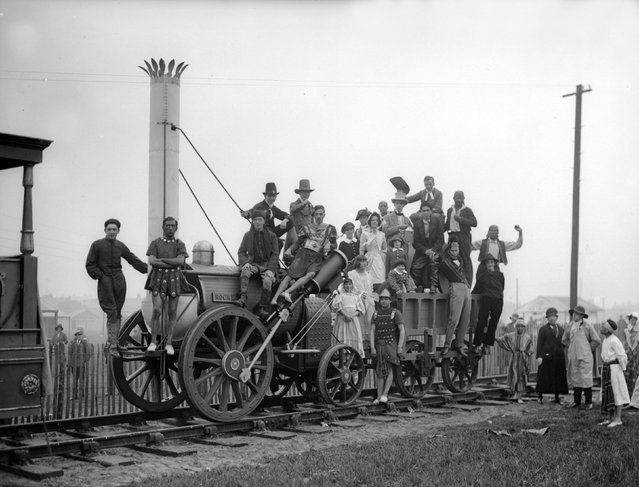 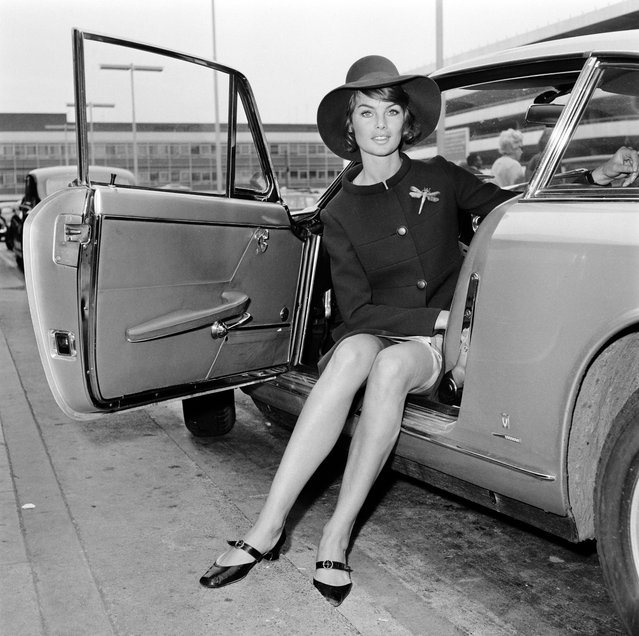