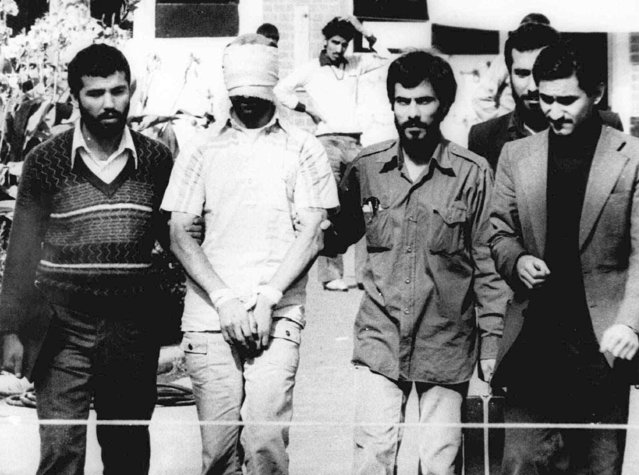 In this November 9, 1979, file photo, one of the hostages being held at the U.S. Embassy in Tehran is displayed blindfolded and with his hands bound to the crowd outside the embassy. (Photo by AP Photo) 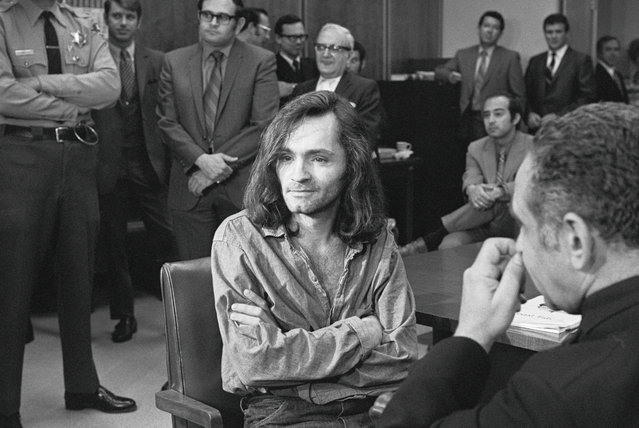 Charles Manson in court, 1970. “I Don't Have Any Guilt” said long-haired hippie chieftain Charles Manson, 35, in brief press conference in courtroom here, June 18, where a hearing to continue proceedings in the murder case of musician Dary Hinman was held. Manson's trial for the slaying of actress Sharon Tate and four others last August 9th, and the killing of a wealthy supermarket chain owner and his wife the day after the Tate murder, began this week and forced postponement of the Hinman case. (Photo by Bettmann/Getty Images) 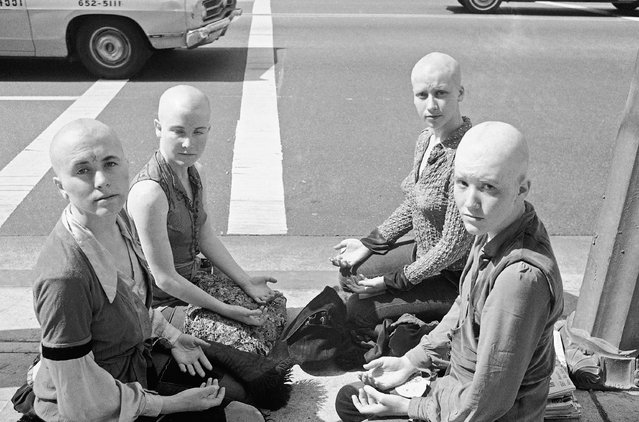 Four young women members of the Charles Manson “family” kneel on the sidewalk outside the Los Angeles at Hall of Justice, March 29, 1971 with their heads shaved. They've kept a vigil at the building throughout the long trial in which Manson and three other women were convicted of slaying actress Sharon Tate and six others. Left to right: Cathy Gillies, Kitty Lutesinger, Sandy Good, Brenda McCann. Jurors were believed near a verdict on the penalty to be imposed on the defendants. (Photo by Wally Fong/AP Photo) 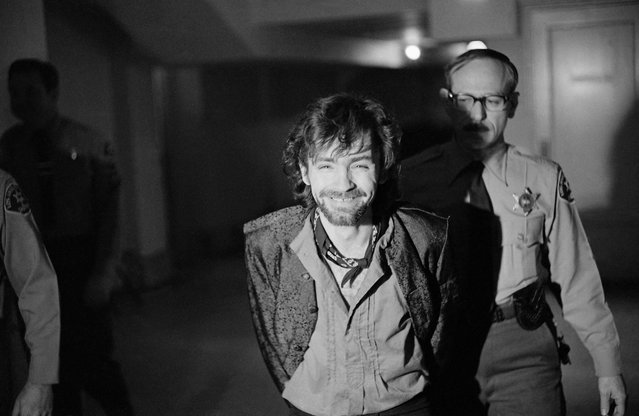 A smiling Charles Manson goes to lunch after an outbreak in court that resulted in his ejection, along with three women co-defendants, from the Tate murder trial on December 21, 1970. The outburst started after Leslie Van Houten said she wanted to fire her new lawyer, a replacement for missing Ronald Hughes, and hire a woman attorney. Before she was ejected to an adjoining room with the others, Ms. Van Houten slapped a bailiff and told the judge, “I'd strike you if I could”. (Photo by George Brich/AP Photo) 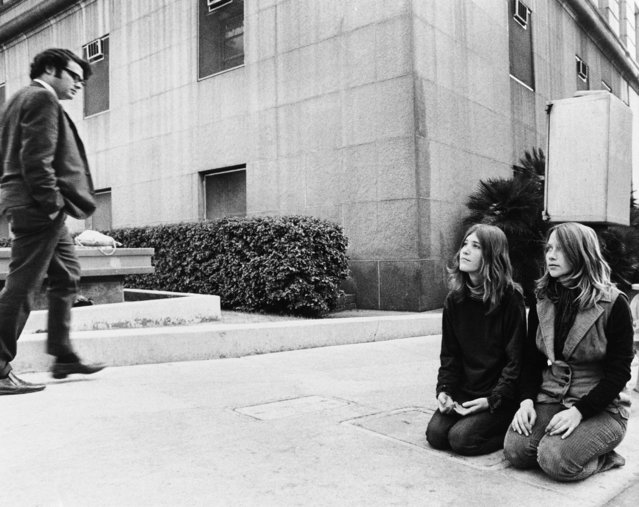 Two members of the Charles Manson “family” known as Kitty Lutesinger, left, and Kathy Gillies, kneel on the sidewalk outside the Los Angeles Hall of Justice, December 30, 1970, while the trial of Charles Manson and three women co-defendants on murder charges goes on inside. Members of the Manson cult have maintained almost a continuous vigil for weeks, saying they'll wait “until Charlie is freed”. (Photo by David F. Smith/AP Photo) 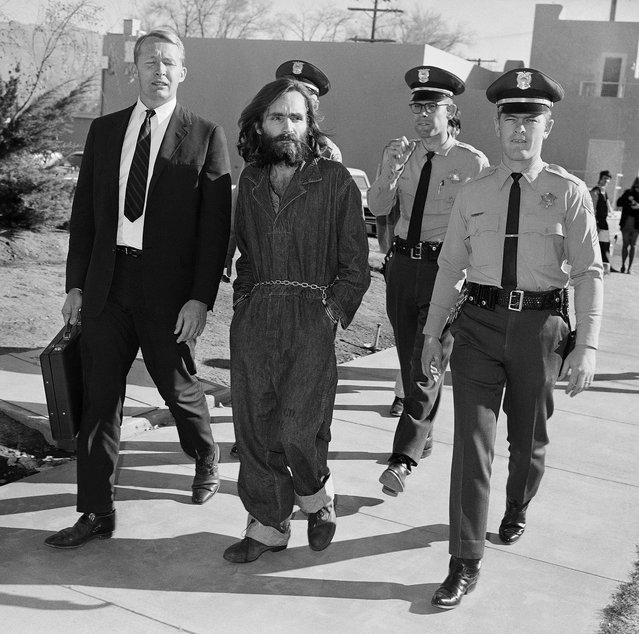 Charles Manson is taken to court in Independence, Calif., December 3, 1969. At left is his public defender, Fred Schaefer. (Photo by Harold Filan/AP Photo) 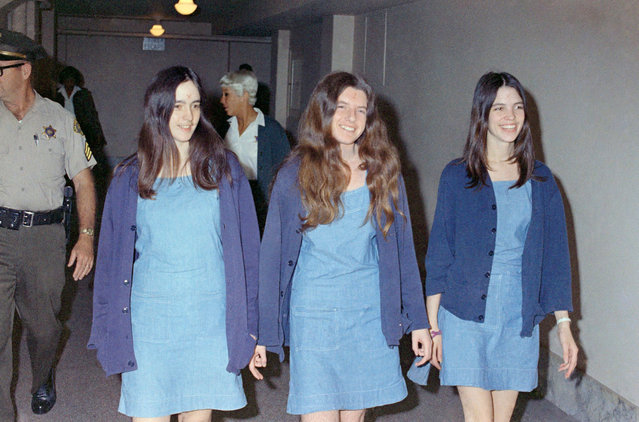 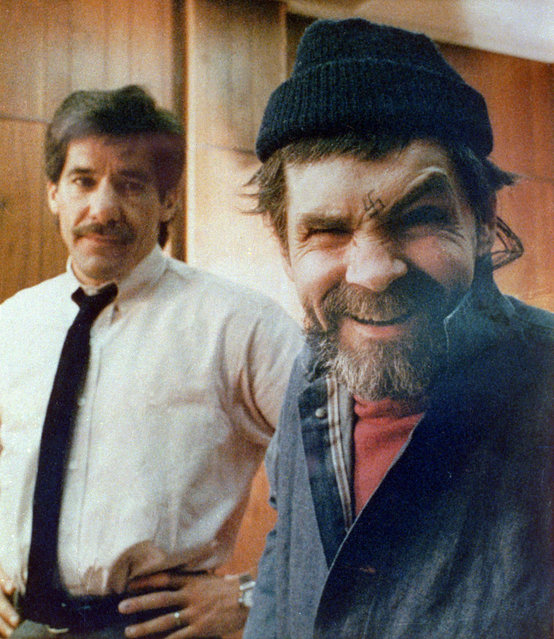 Charles Manson plays up to the camera during a 1988 interview with reporter Geraldo Rivera at San Quentin prison in 1988. Authorities say Manson, cult leader and mastermind behind 1969 deaths of actress Sharon Tate and several others, died on Sunday, Nov. 19, 2017. He was 83. (Photo by AP Photo) 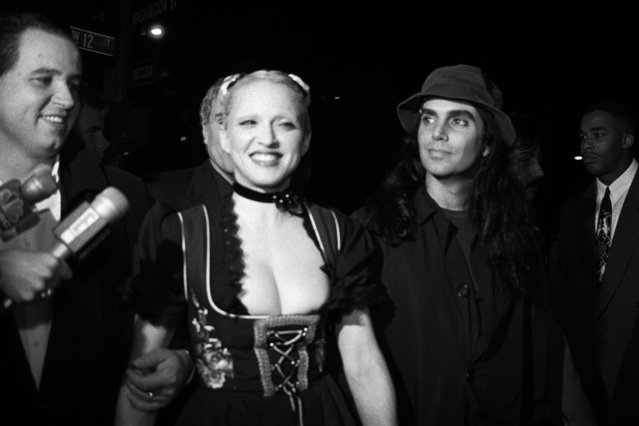 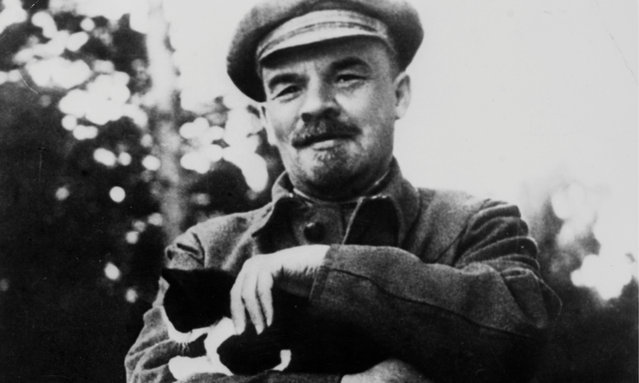 Lenin with a cat in the village of Gorki, near Moscow, 1922, in a photograph by his sister, Maria. (Photo by Maria Ulyanova/Courtesy SCRSS) 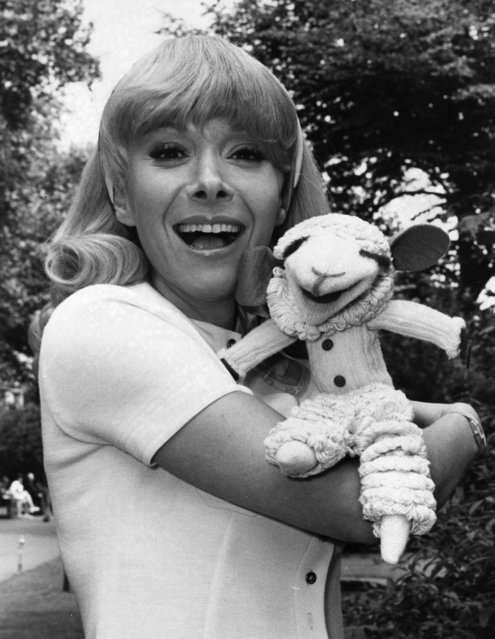 Television personality Shari Lewis shows off her famous puppet “Lamb Chop” outside the Savoy Hotel, 13th June 1970. She has just arrived in London to appear in cabaret at the Savoy and a BBC Television show. (Photo by Central Press/Getty Images) 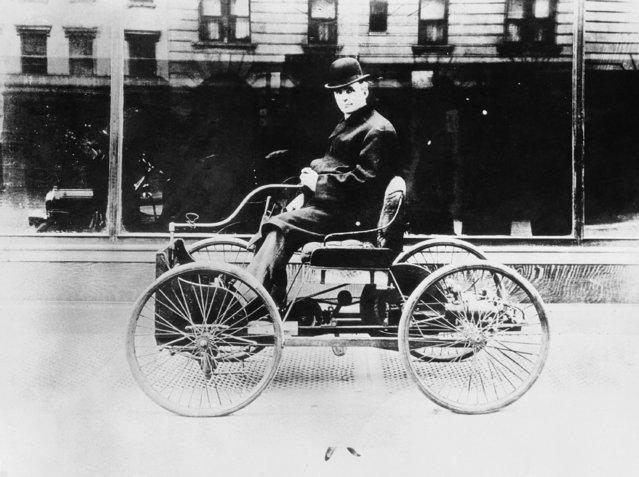 Henry Ford is seen on the Quadricycle, the first automobile he ever built in Dearborn, Mich., 1896. (Photo by AP Photo) 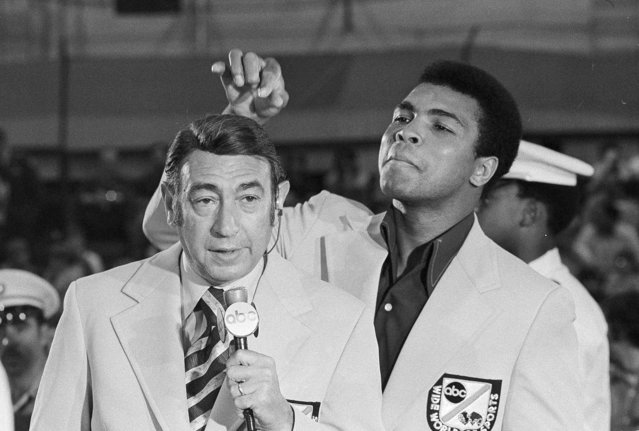 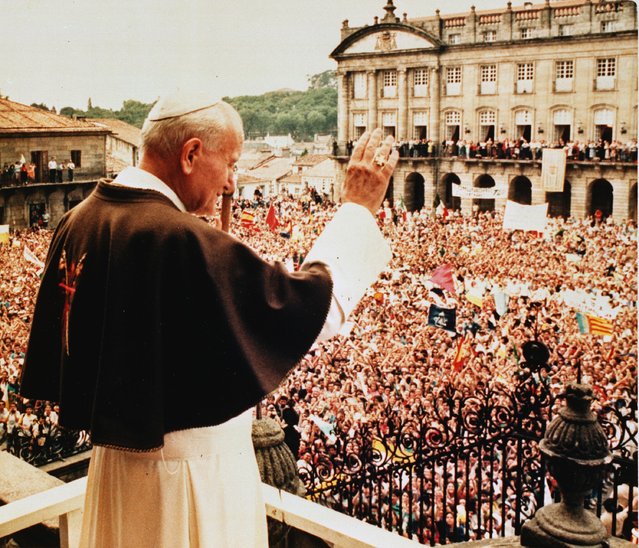 Pope John Paul II blesses the crowd on the steps of the Santiago Cathedral in Santiago de Compostela on the first day of his three-day trip to Spain, August 19, 1989. (Photo by Arturo Mari/AP Photo) 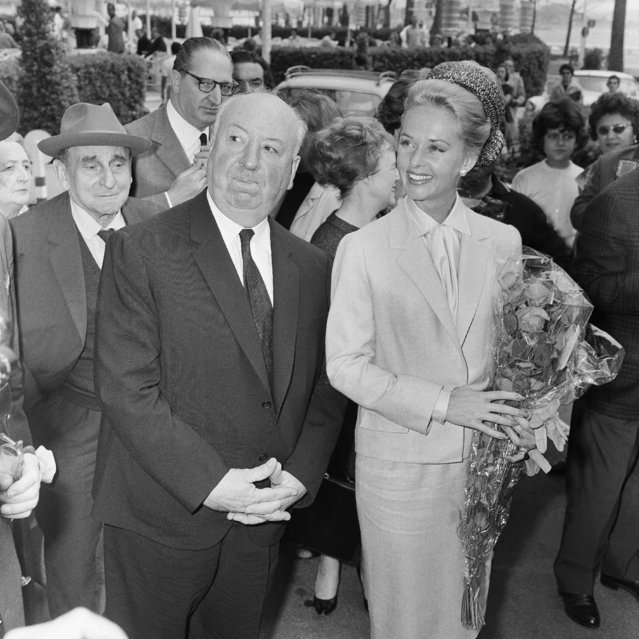 In this May 9, 1963 file photo, director Alfred Hitchcock and American actress Tippi Hedren arrive at the Carlton Hotel in Cannes, France for the presentation of their film “The Birds” at the Festival Palace. The Cannes Film Festival officially gets underway on Wednesday, May 11, 2016 and as usual it's set to be one of the most dazzling events in the European entertainment calendar. The festival, in its 69th year, brings a mix of Hollywood A-listers and world cinema auteurs to the French Riviera. (Photo by Jean Jacques Levy/AP Photo) 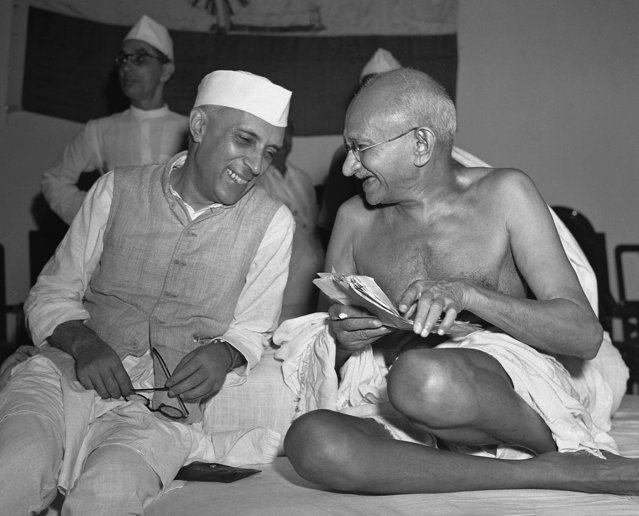 Bespectacled Mahatma Gandhi, who eventually led India to its independence, laughs with the man who was to be the nation's first prime minister, Jawaharlal Nehru, at the All-India Congress committee meeting in Bombay, India, on July 6, 1946. Nehru took office as president of the Congress during the session. Gandhi's philosophy of non-violent resistance, including civil disobedience and fasts, drove India to independence in 1947 after nearly 200 years of British rule. The father of modern India, the Mahatma, which means great soul, was assassinated in 1948 for his tolerance of other religions. (Photo by Max Desfor/AP Photo) 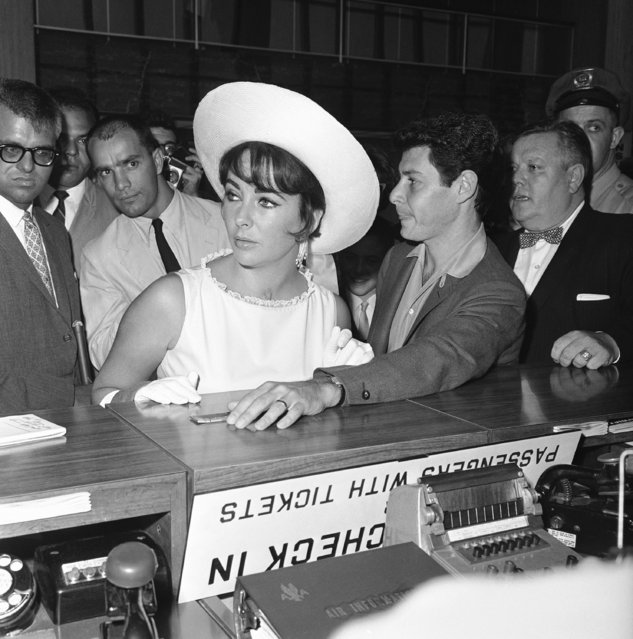 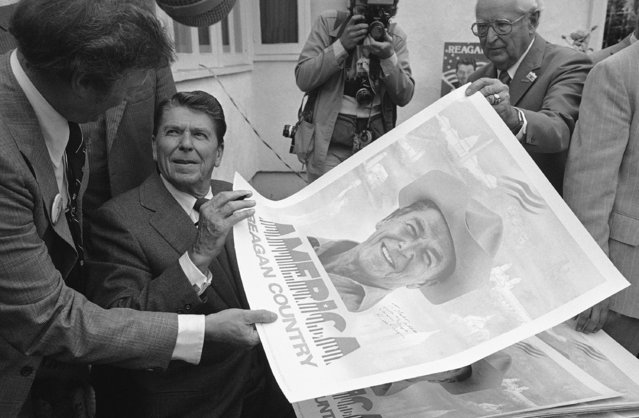 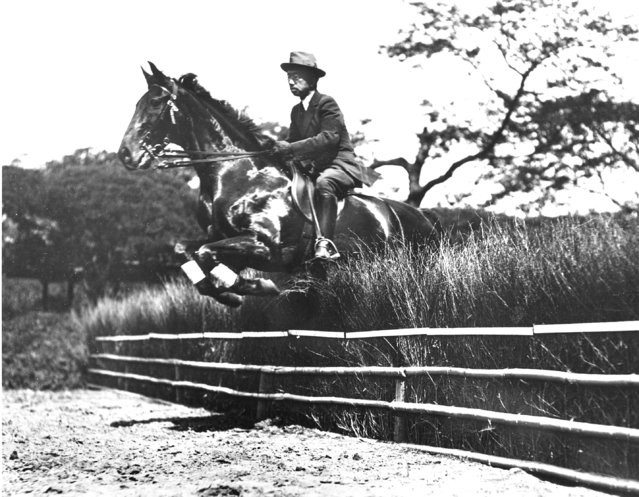 Emperor Hirohito, 26, is shown in steeplechase on his horse during his equestrian practice in Tokyo, Japan on June 10, 1927. (Photo by AP Photo) 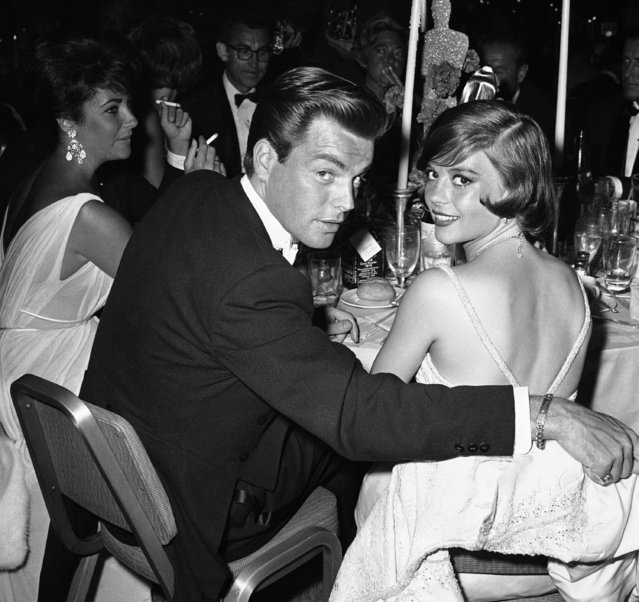 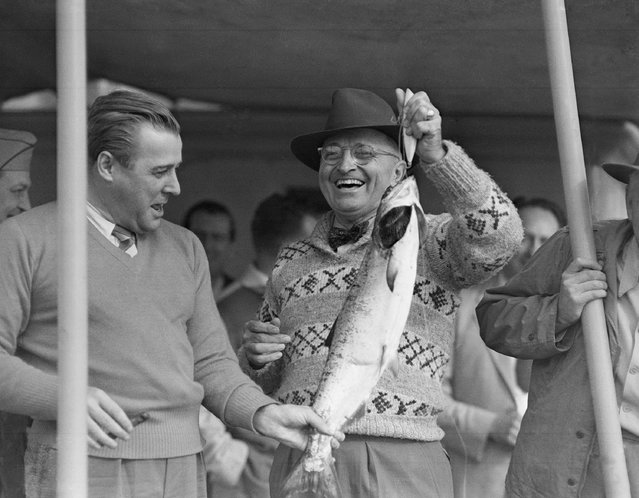 President Harry Truman and U.S. Sen. Warren Magnuson, left, grin happily as they admire a salmon held by the President on Puget Sound fishing trip to Washington June 21, 1945 – even though the fish was a gift. The Presidential party had a lot of fun but not much fishing luck. (Photo by AP Photo) 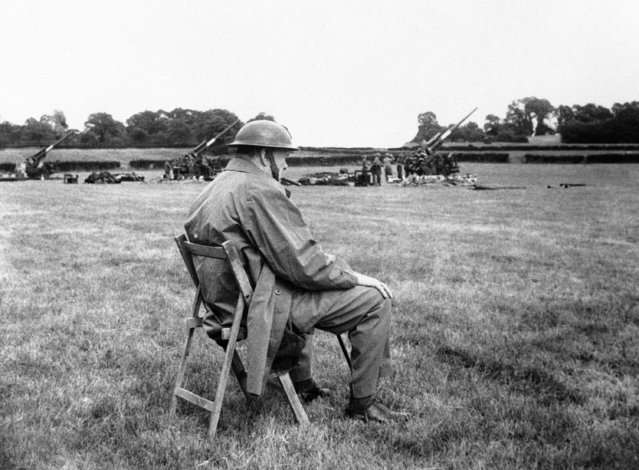 The Prime Minister Winston Churchill toured southern England, on June 30, 1944, and saw measures being taken to deal with the flying bombs. He visited gun sites and saw guns and fighters in action against them. The Prime Minister at a battery. (Photo by AP Photo) 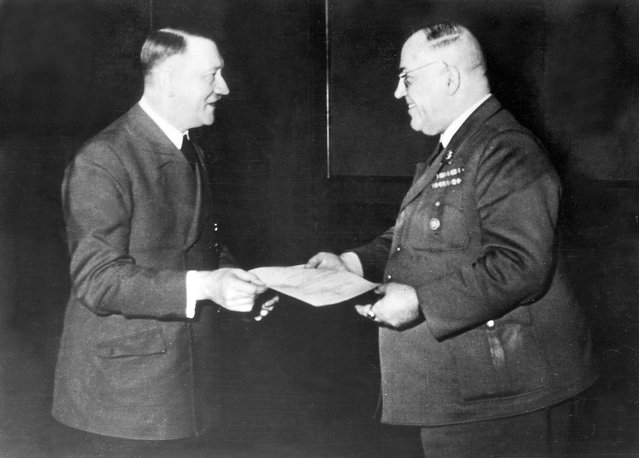 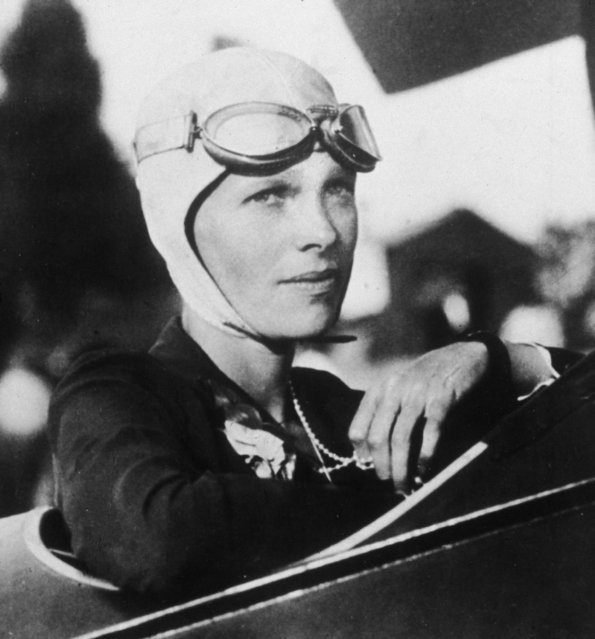 Headshot portrait of American aviator Amelia Earhart (1898 - 1937) sitting in the cockpit of her plane, circa 1925. (Photo by New York Times Co./Getty Images) 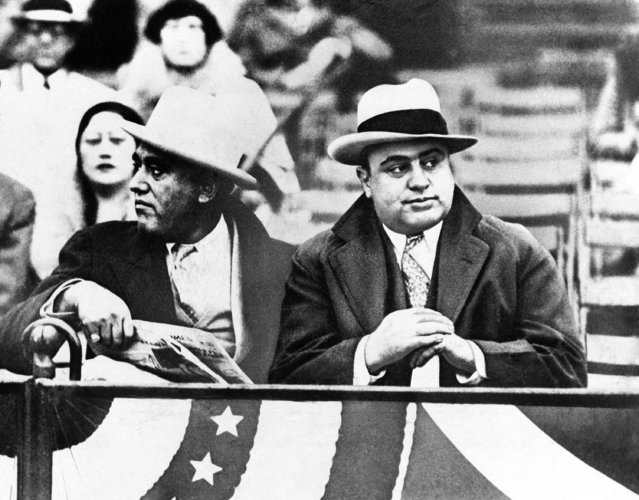