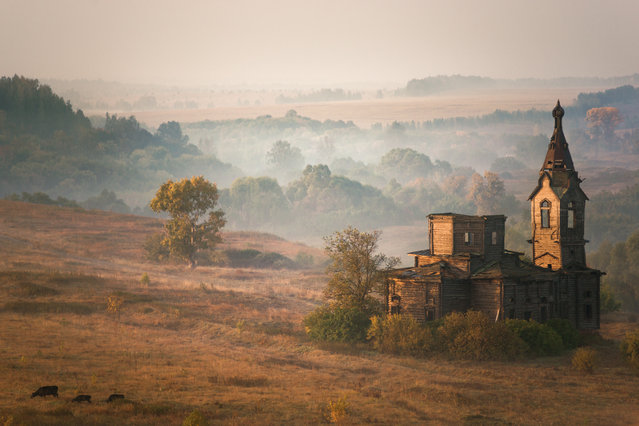 “Three black cows”. Staraya Erikla, Ulyanovsk, Russia. “After evening rain and a foggy morning, the sun rose over the autumn plain, and three black cows appeared through the mist”. (Photo by Valery Romanov) 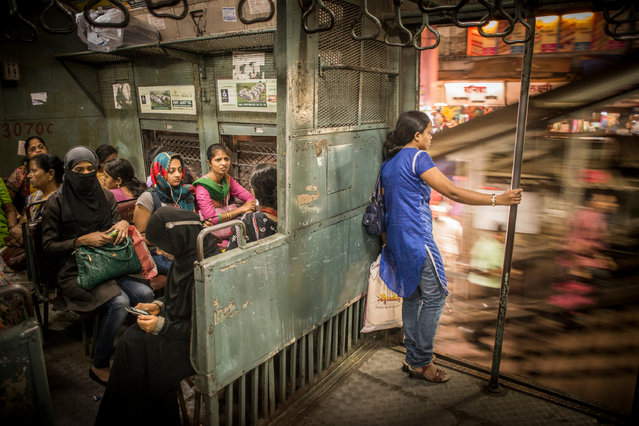 “Women’s compartment”. Mumbai, India. Every day 7.5m people make use of the suburban trains in Mumbai. It is the biggest suburban network in the world and almost every train has separate compartments for women, to avoid sexual harassment. (Photo by Tamina-Florentine Zuch) 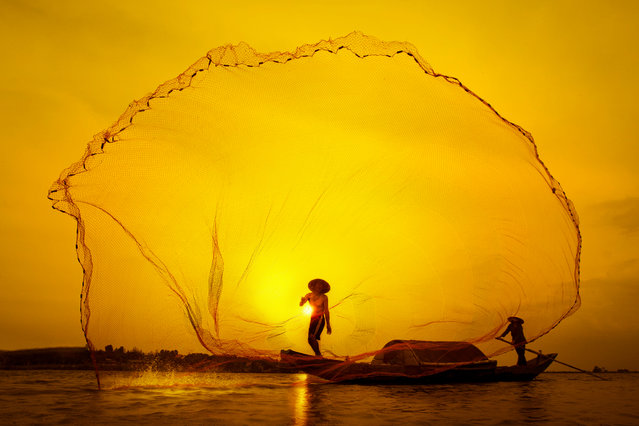 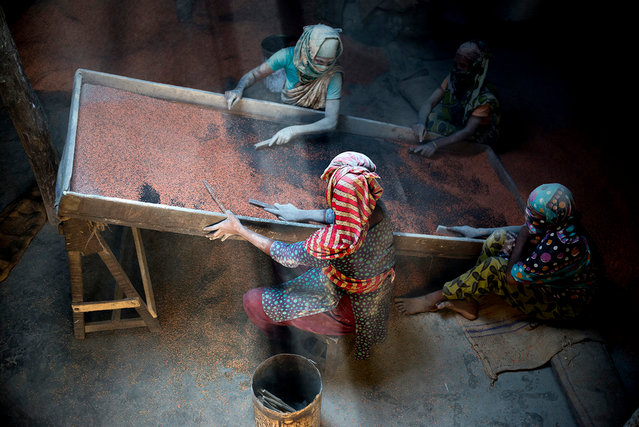 “Women workers”. Bangladesh. “I took this photo inside a workhouse where women were working under a tin roof. The beam of sunlight came from a broken shade”. (Photo by Abm Jahidul Islam) 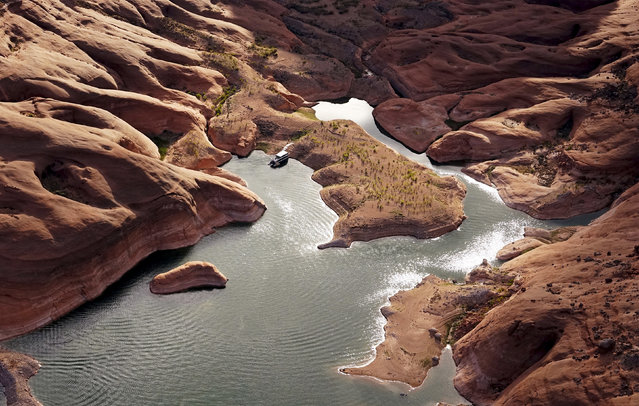 “Disappearing lake”. Glen Canyon national recreation area, Arizona, US. A houseboat in shallow water in a canyon. The lake on the Colorado river provides water for Nevada, Arizona and California. In recent years, severe drought combined with withdrawals that many believe are not sustainable, has reduced water levels to about 42% of its capacity. (Photo by Rick Wilking/Reuters) 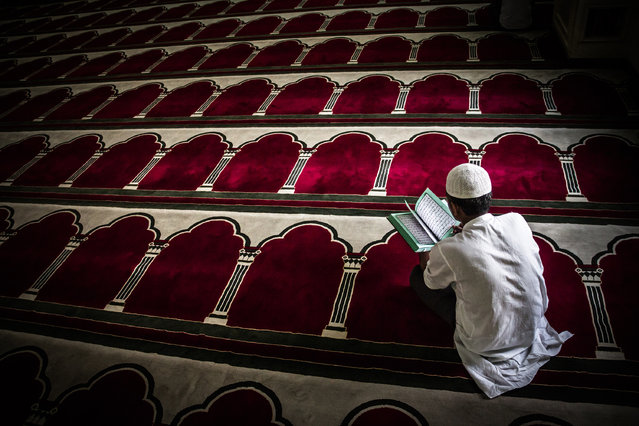 “Read between the lines”. Manama, Bahrain. A man in a mosque reads the Koran during the holy month of Ramadan. (Photo by Mustafa Abdulhadi) 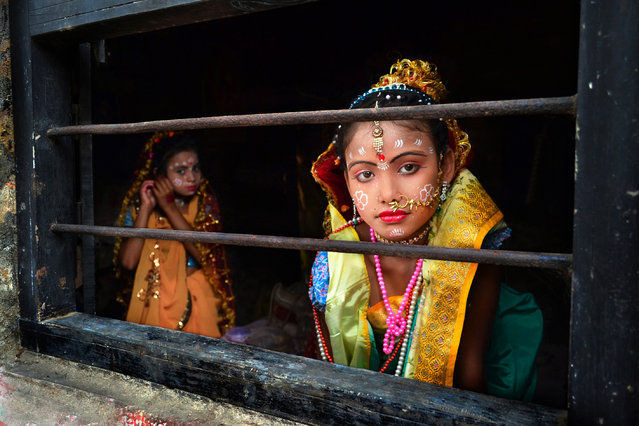 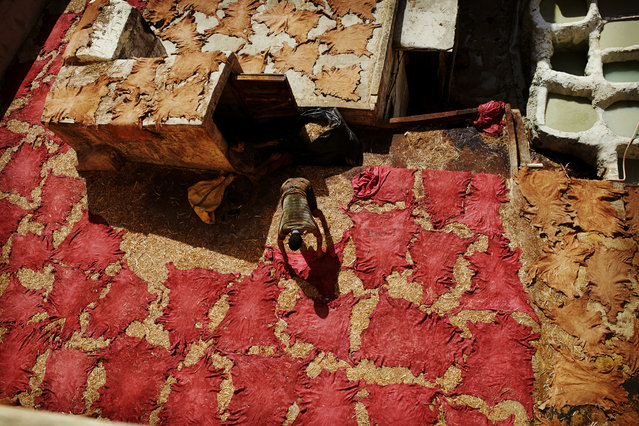 “Tan your hide”. Fez, Morocco. A worker laying out dyed animal skins to dry at the Chouara tannery. (Photo by Natalia Ciobanu) 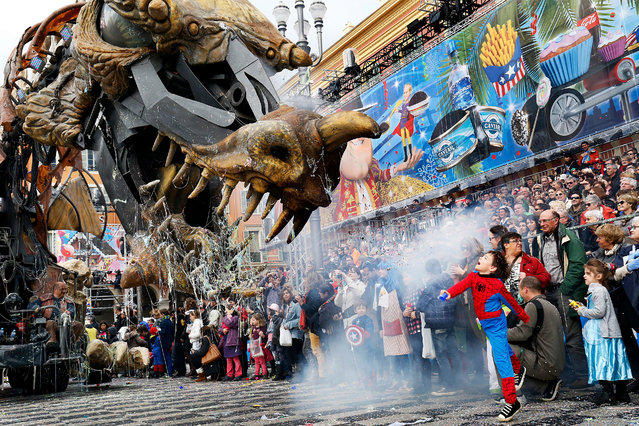 “Spider-Man”. Nice, France. “This was taken during a festival parade. A little Spider-Man was not afraid of the monster”. (Photo by Adam Wong) “Summer night”. Bryant Park, New York, US. A sea of blankets covers the park as spectators wait for a movie night to begin on a summer evening. (Photo by Navid Baraty) 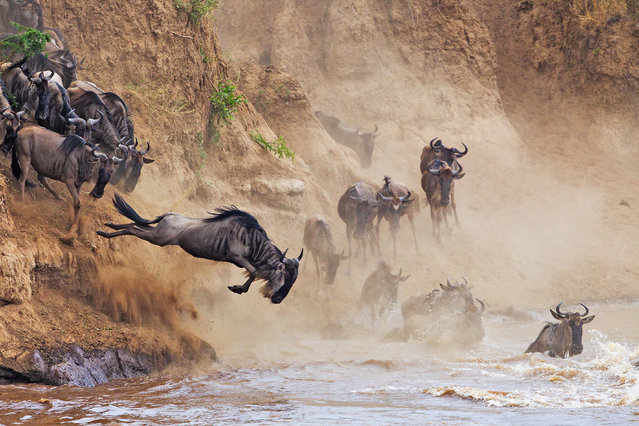 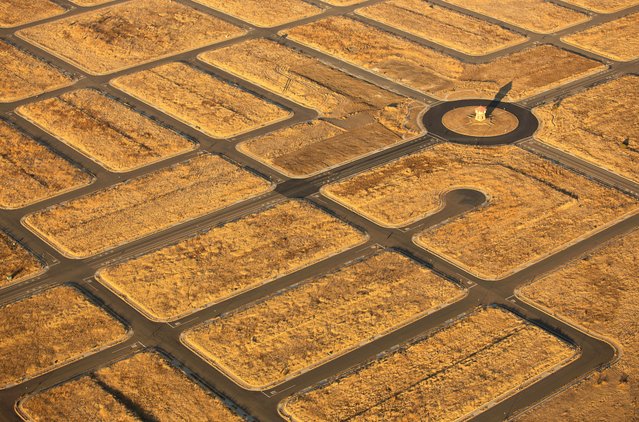 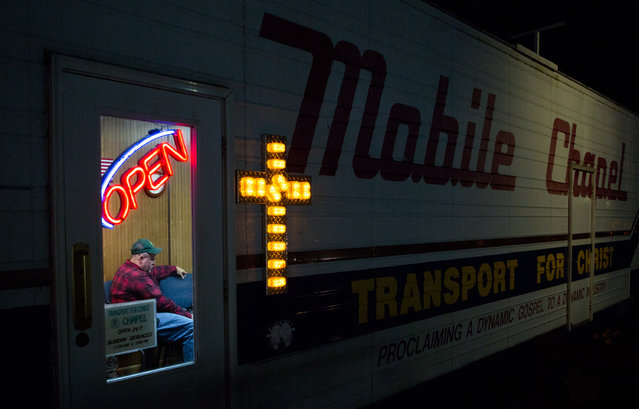 “Trucker chapel”. Lodi, Ohio, US. Truck driver Ben Blackburn, 46, participates in a Bible study session at the Transport For Christ mobile chapel in Lodi. TFC chaplains helped Blackburn enroll in trucking school after he lost his job during the recent economic recession. (Photo by Lauren Pond) 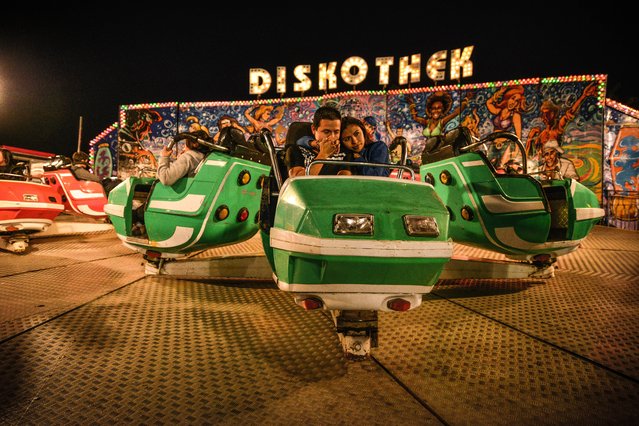