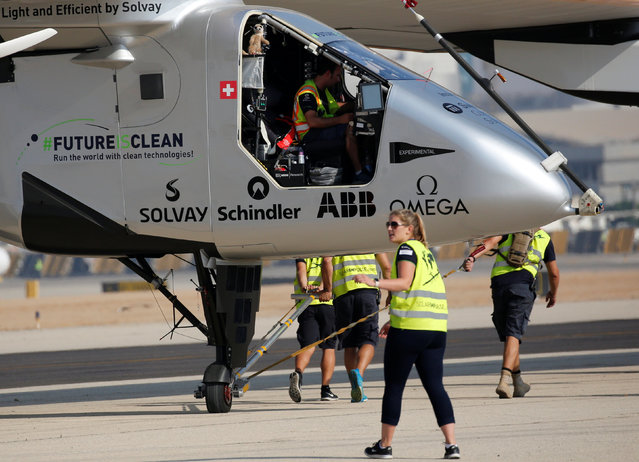 The ground crew of Solar Impulse 2, a solar powered plane, surround the aircraft after it landed at Cairo Airport, Egypt July 13, 2016. The Solar Impulse 2 landed in Cairo on Wednesday for its penultimate stop as the solar-powered plane nears the end of its marathon tour around the world. After setting off from Seville on Monday morning, the plane passed through Algerian, Tunisian, Italian and Greek airspace, and flew over the Giza Pyramids before touching down at Cairo airport at around 7:10am (5:10am GMT). Its support crew cheered as the plane, no heavier than a car but with the wingspan of a Boeing 747, landed, and trailed after it on bicycles. It had finished the 3,745-km (2,327-mile) journey with an average speed of 76.7km (47.7 miles) an hour, the flight organiser said. Solar Impulse is being flown on its 35,400-km (22,000-mile) trip in stages, with Piccard and his Swiss compatriot Borschberg alternating at the controls of the single-seat plane. (Photo by Amr Abdallah Dalsh/Reuters) 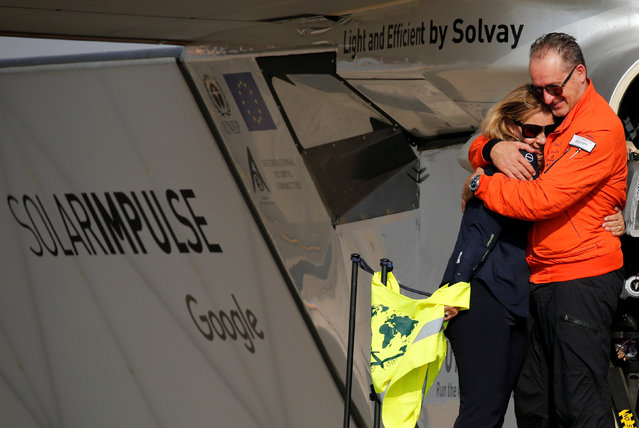 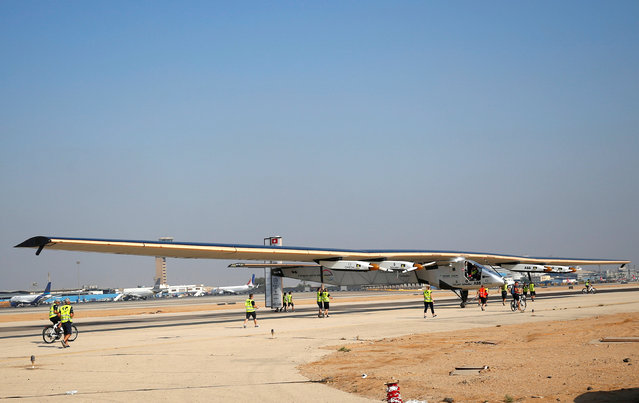 The ground crew of Solar Impulse 2, a solar powered plane, surround the aircraft after it landed at Cairo Airport, Egypt July 13, 2016. (Photo by Amr Abdallah Dalsh/Reuters) 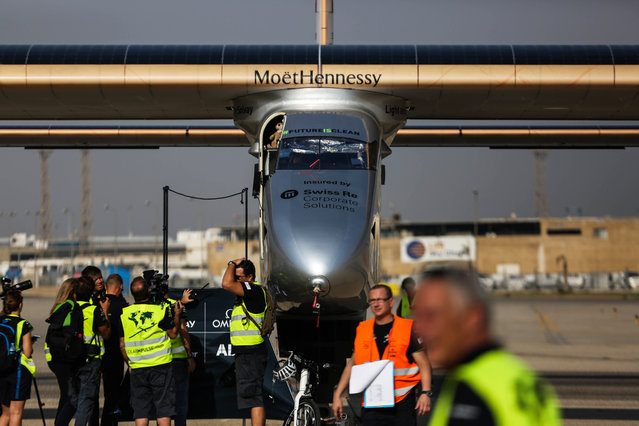 An experimental solar-powered airplane is seen after landing in Cairo, Egypt, Wednesday, July 13, 2016. The experimental aircraft, Solar Impulse 2, flew out of the Seville airport in Spain on Monday and landed in Cairo on Wednesday. (Photo by Mohamed Elraai/AP Photo) 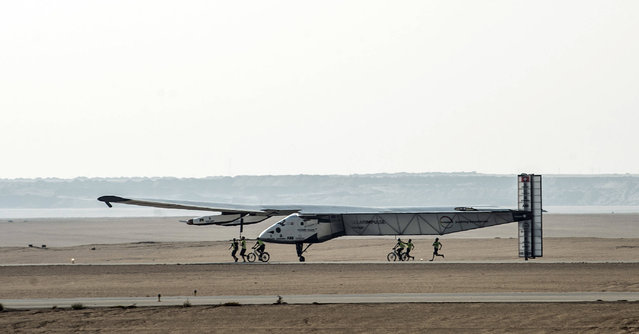 Solar Impulse 2, the solar powered plane, lands at Cairo International Airport on July 13, 2016, for the penultimate stage of its world tour. The experimental plane had completed the first solo transatlantic flight powered only by sunlight to land in Spain last month, and will continue from Cairo to Abu Dhabi, where it began its marathon journey in March last year. (Photo by Khaled Desouki/AFP Photo) 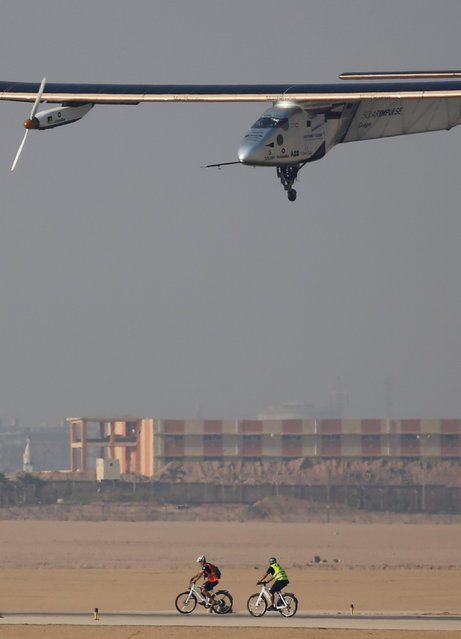 Solar Impulse 2, a solar powered plane piloted by Swiss aviator Andre Borschberg, is seen as it prepares to land while the ground crew follow on bicycles at Cairo Airport, Egypt July 13, 2016. (Photo by Amr Abdallah Dalsh/Reuters) 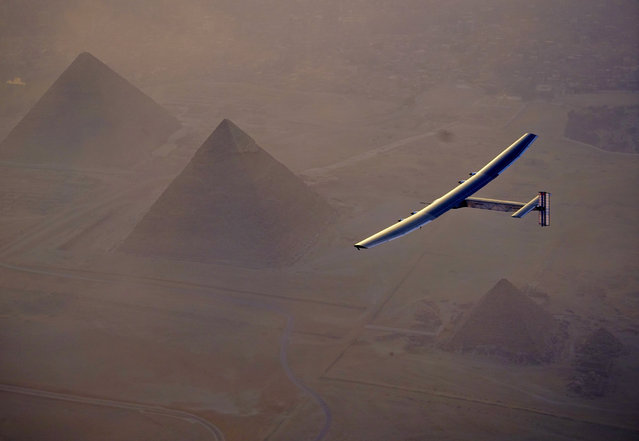 In this Wednesday, July 13, 2016, handout image provided by Solar Impulse, the Solar Impulse 2 flying over the pyramids, Egypt Cairo. The experimental solar-powered airplane has arrived in Egypt as part of its global voyage. (Photo by Jean Revillard, Rezo via the AP Photo) 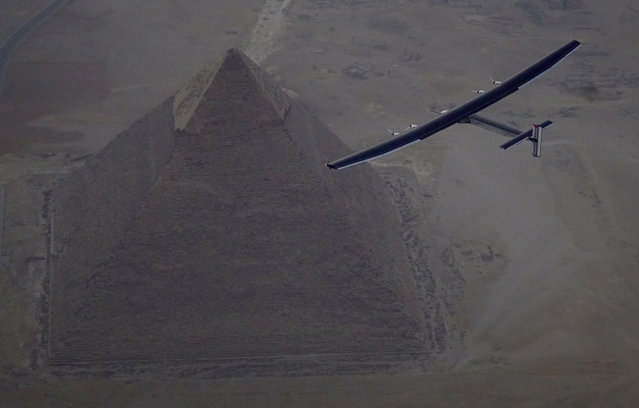 Solar Impulse 2, the solar powered plane, piloted by Swiss pioneer Andre Borschberg is seen during the flyover of the pyramids of Giza on July 13, 2016 prior to the landing in Cairo, Egypt in this photo released on July 13, 2016. (Photo by Jean Revillard/Reuters/SI2)
Edit Del
14 Jul 2016 09:53:00, post received 0 comments
Publication archive:
←   →
Popular tags:
All tags
Last searches: