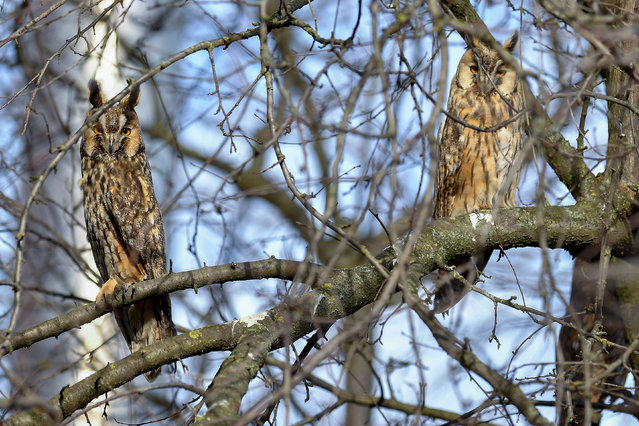 A couple of long-eared owls (Asio otus) perch on a tree near the munincipality of Hortobagy, northeastern Hungary, 06 January 2020. The long-eared owl is the most widely recognised and most common species of owl in Hungary, where it was elected Bird of the Year 2020 through public voting held by the Hungarian Ornithological and Nature Conservation Society (MME). (Photo by Zsolt Czegledi/EPA/EFE) 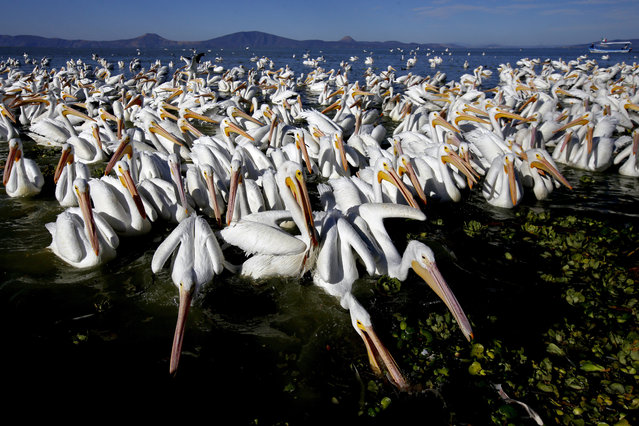 White pelicans, one of the largest birds from Canada and the United States, are seen at the shore of the Chapala lagoon in Cojumatlan, Mexico, on January 28, 2020. White pelicans travel thousands of kilometers migrating from the low temperatures of North America. (Photo by Ulises Ruiz/AFP Photo) 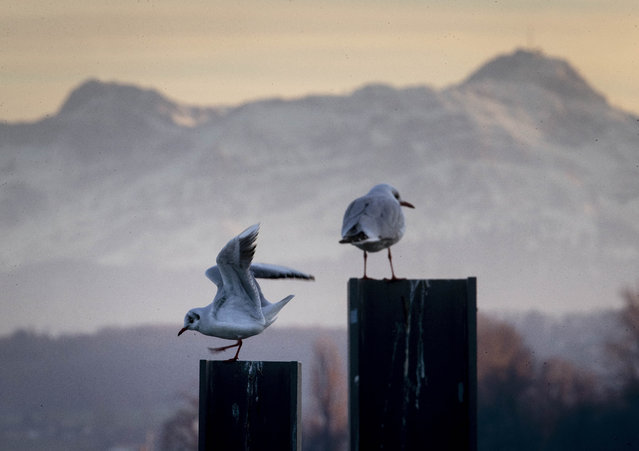 Two seagulls sit on poles with the Swiss Saentis mountain, right, in background in the harbor of Constance, Germany, Thursday, January 9, 2020. (Photo by Michael Probst/AP Photo) 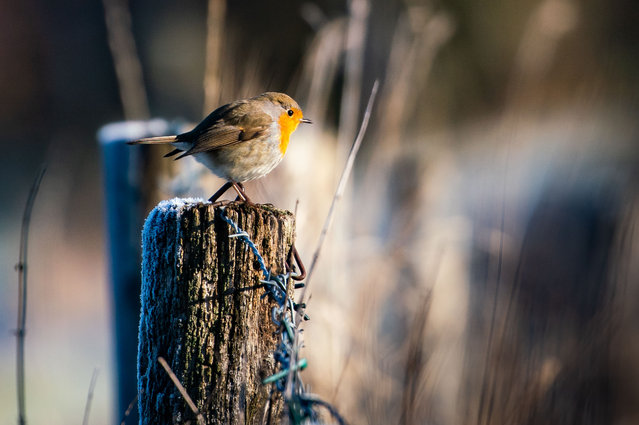 A robin rests on a fence post in Frankfurt am Main, western Germany. (Photo by Frank Rumpenhorst/dpa) 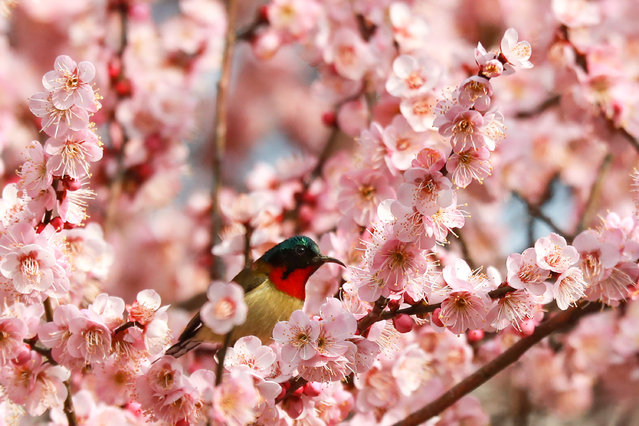 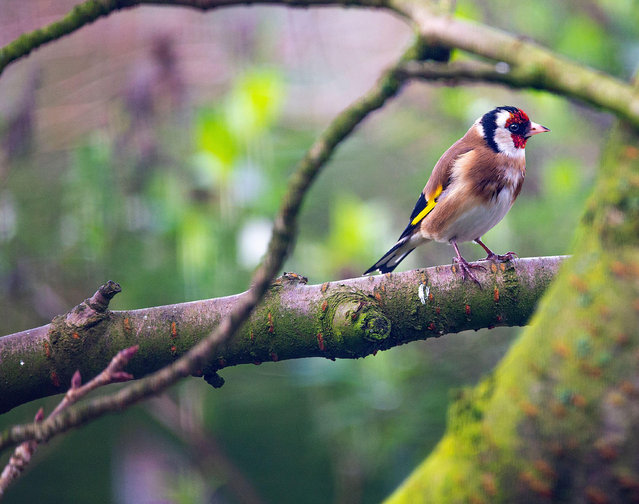 A goldfinch in a cherry tree in Cheshire, England. (Photo by Idp Wildlife Collection/Alamy Stock Photo) 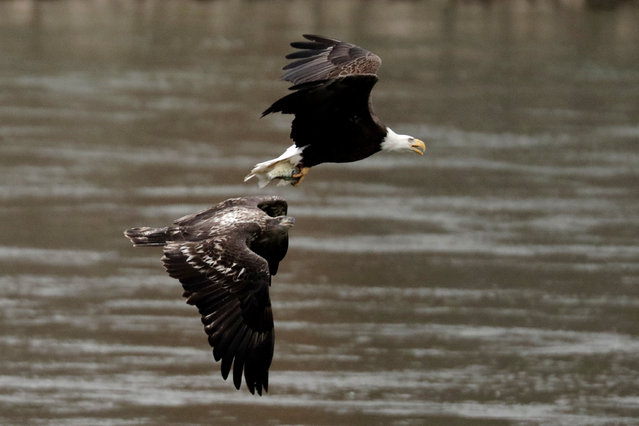 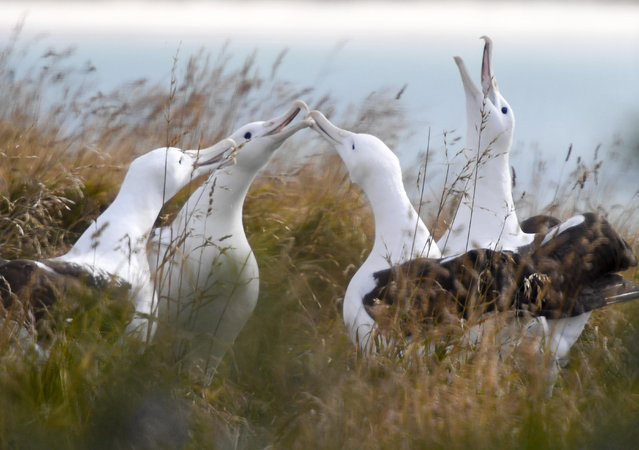 Northern royal albatrosses at the Royal Albatross Centre in Taiaroa Head, Dunedin, New Zealand. In a trial using technology shared by New Zealand and France 169 albatrosses were fitted with radar detection tags to spot illegal fishing in November 2018 and released to the south of the Indian Ocean. (Photo by Guo Lei/Xinhua News Agency/Alamy Stock Photo) 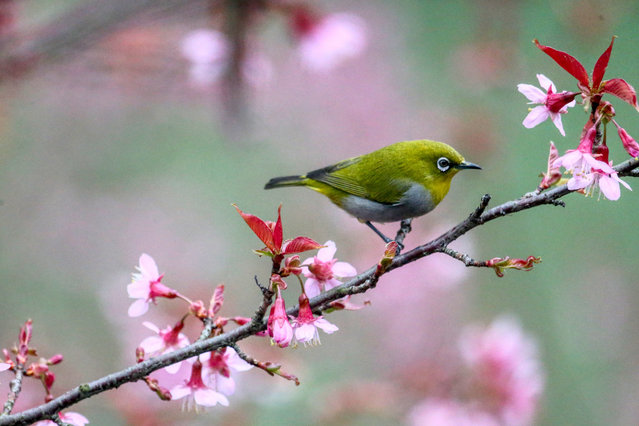 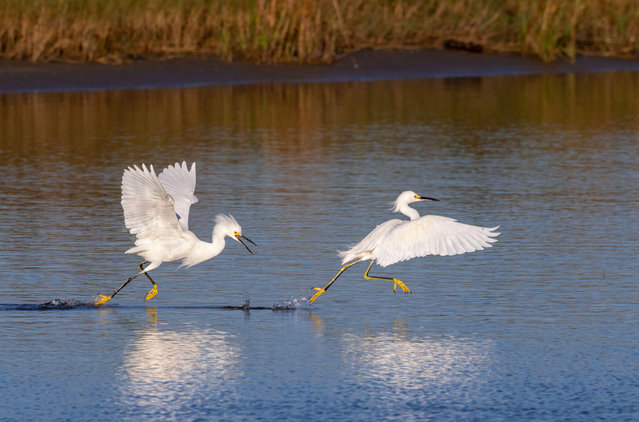 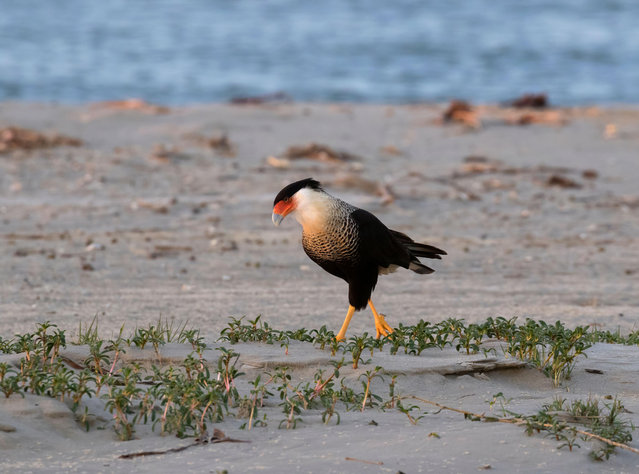 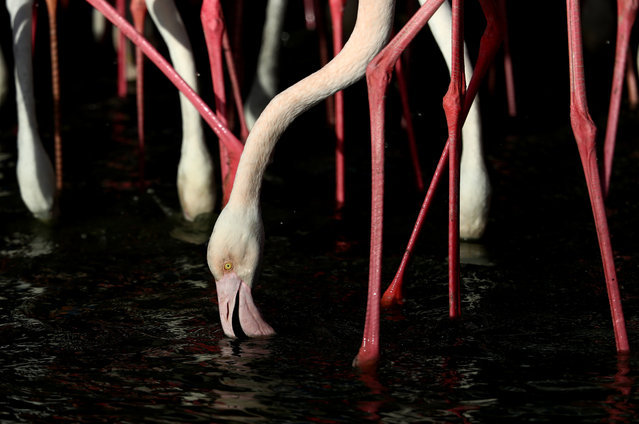 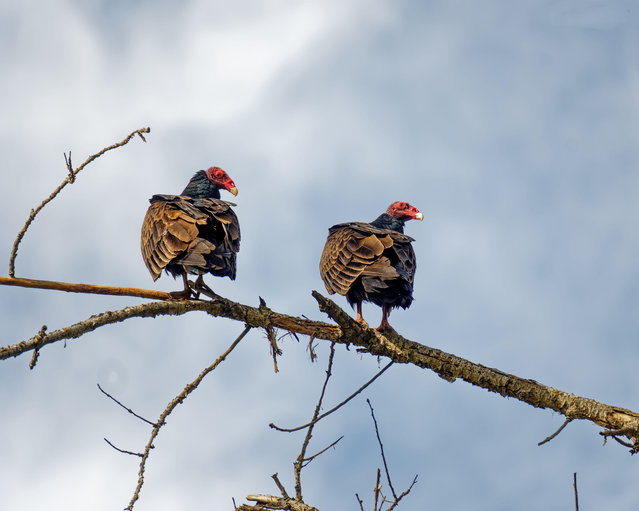 An old pheasant cock – a survivor of the shooting season that ended on 1 February – basks in the sunshine in Whitewell, Lancashire. Wild Justice, a campaign group, has issued a legal case against the government to try to halt the release of more than 50 million non-native game birds this summer amid concerns they could damage Britain’s most important wildlife sites. (Photo by John Eveson/Alamy Stock Photo) 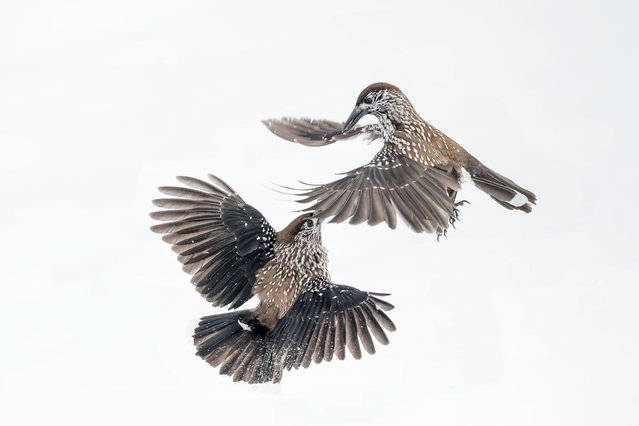 Combat between spotted nutcracker in snow in the Alps in Italy. (Photo by Paolino Massimiliano Manuel/Alamy Stock Photo) 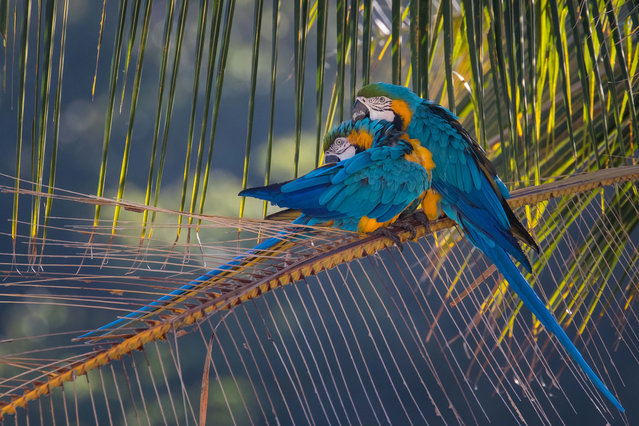 A couple of blue-and-yellow macaw (Ara ararauna) perch up a branch of a chaguaramo tree (Roystonea oleracea) in Caracas, Venezuela, 03 Jan​uary 2020. (Photo by Miguel Gutiérrez/EPA/EFE) 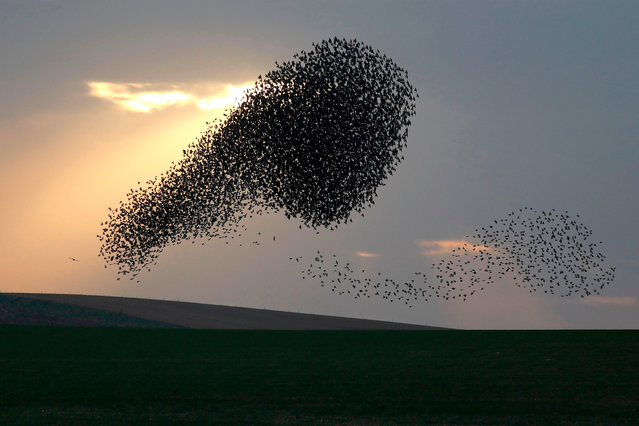 A picture taken on January 08, 2020 shows a murmuration of starlings before landing to roost near the southern Israeli city of Rahat, in the Negev desert. (Photo by Menahem Kahana/AFP Photo) 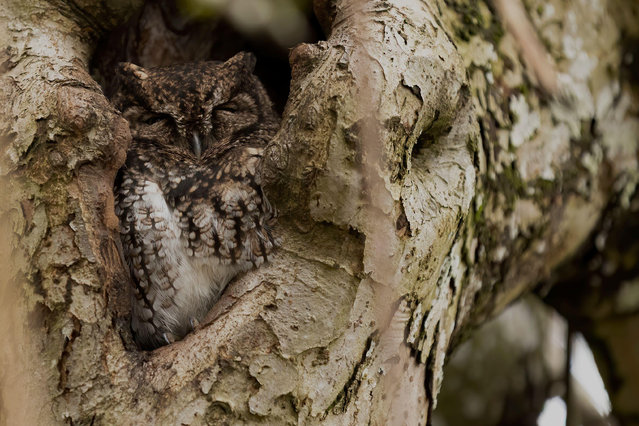