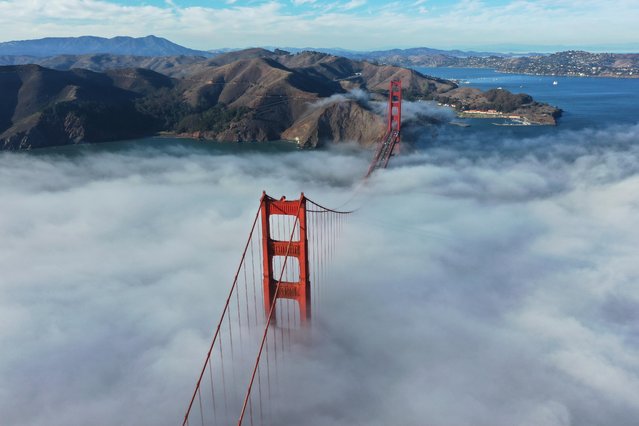 An aerial view of the Golden Gate Bridge is seen with fog in San Francisco, California, United States on October 29, 2021. (Photo by Tayfun Coskun/Anadolu Agency via Getty Images) 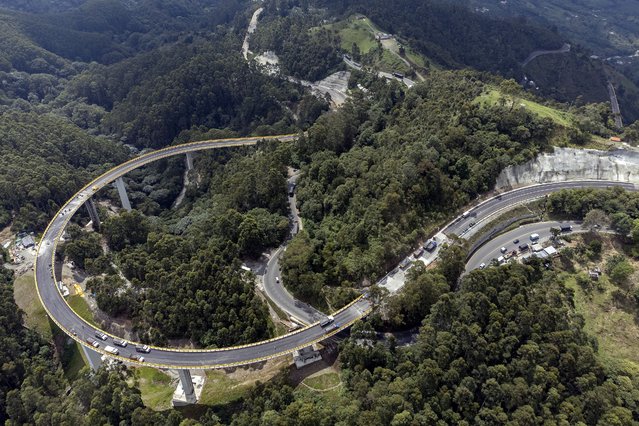 Drone flyover view of the 643 meter long horseshoe-shaped Yarumo Blanco bridge during a tour around the “Cruce de la Cordillera Central” (Central Range Crossroad on November 22, 2021 between Cajamarca (Tolima) and Calarcá (Quindío), Colombia. Considered one of the most important works of infrastructure in Colombia the 'Cruce de la Cordillera Central' (Central Range Crossroad) had a cost of USD 745 millions or over 2.9 billion of Colombian pesos. The work took over 15 years to be concluded, it has 31 bridges, 25 tunnels and 3 road junctions; La Linea Tunnel is now the largest in all Latin America, it will cross beneath the central range of the Colombian Andes. (Photo by Guillermo Legaria/Getty Images) 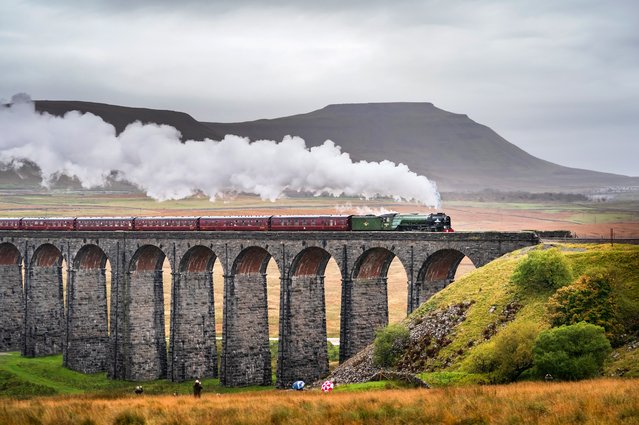 The Peppercorn A1 Pacific class 60163 Tornado steam locomotive hauls a special train over the Ribblehead viaduct as it travels through the Yorkshire Dales on its journey from Preston to Carlisle, United Kingdom on Wednesday, October 20, 2021. (Photo by Danny Lawson/PA Wire Press Association) 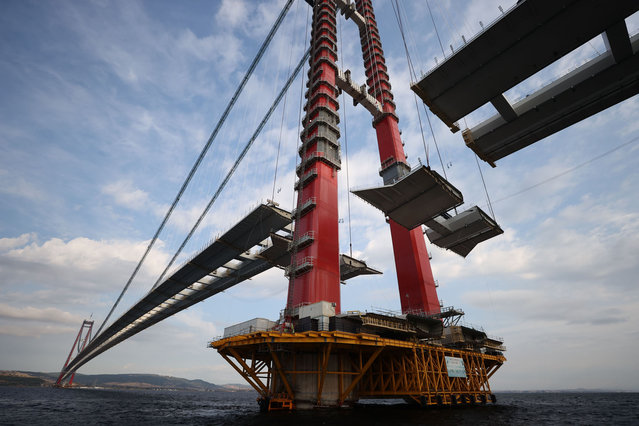 A view of Canakkale 1915 Bridge, located between Lapseki and Gelibolu (Gallipoli) districts, as construction works continue before arrival of Turkish Minister of Transport and Infrastructure, Adil Karaismailoglu, in Canakkale, Turkey on September 21, 2021. (Photo by Ali Atmaca/Anadolu Agency via Getty Images) 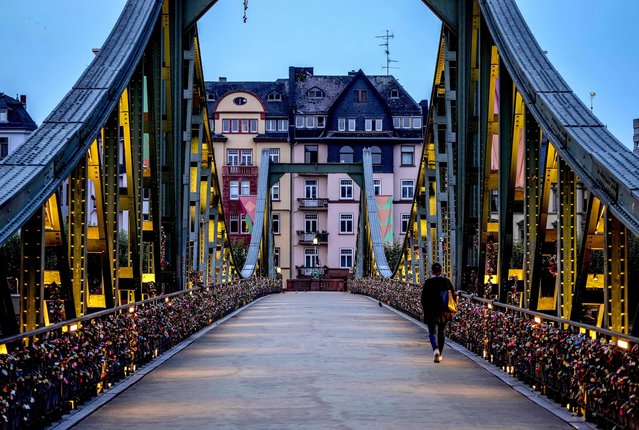 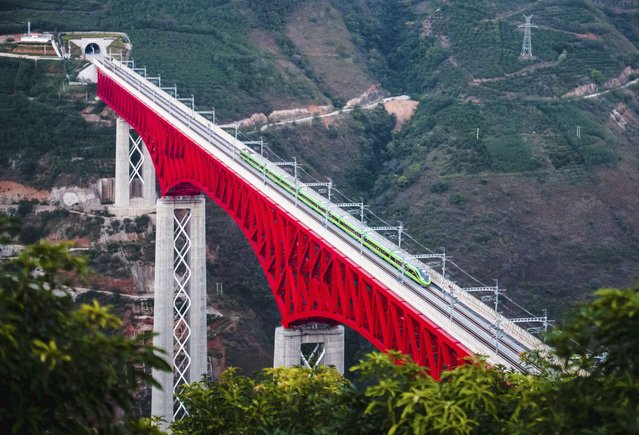 In this photo released by Xinhua News Agency, an electric multiple unit (EMU) train of the China-Laos Railway crosses a major bridge over the Yuanjiang River in southwestern China's Yunnan Province, Friday, December 3, 2021. The China Laos railway is one of hundreds of projects under Beijing's Belt and Road Initiative to build ports, railways and other facilities across Asia, Africa and the Pacific. (Photo by Wang Guansen/Xinhua via AP Photo) 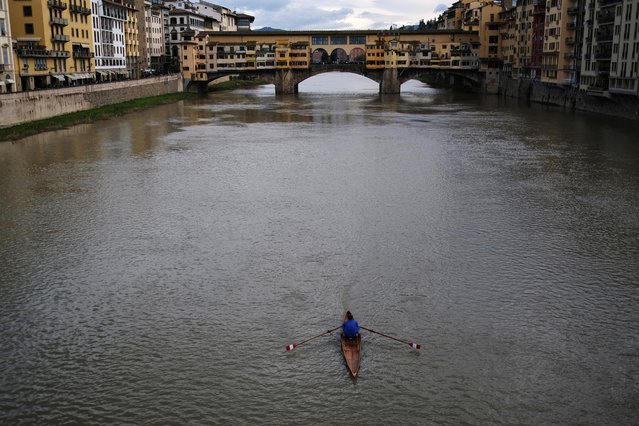 A man rows his canoe on the Arno river in front of Ponte Vecchio (Old Bridge) in Florence, Italy on December 11, 2021. (Photo by Nacho Doce/Reuters) 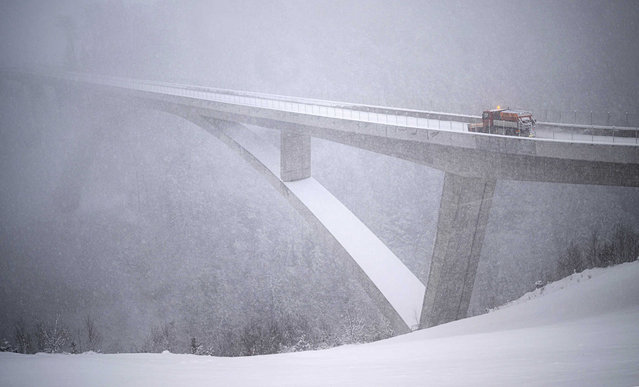 A snow removal vehicle drives on the Tamina bridge in Valens, Switzerland, Sunday, January 9, 2022. On the northern side of the Alps, up to 50 centimetres of snow are expected to fall today at higher altitudes. (Photo by Gian Ehrenzeller/Keystone via AP Photo) 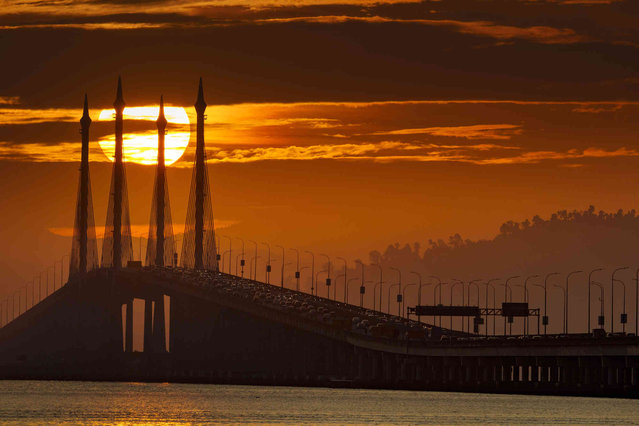 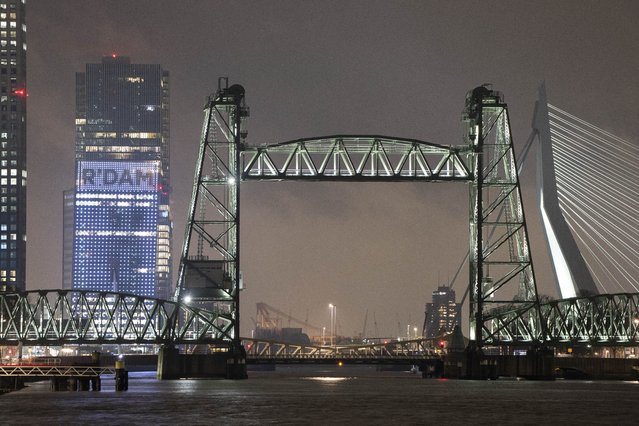 View of the Koningshaven Bridge, known as De Hef, (The Lift), in Rotterdam, Netherlands, Thursday, February 3, 2022. A plan to dismantle the historic bridge in the heart of Dutch port city so that a huge yacht, reportedly being built for Amazon founder Jeff Bezos, can get to the North Sea is unlikely to be plain sailing. Reports this week that the city had already agreed to take apart the recently restored bridge sparked anger in the city, with one Facebook group set up calling for people to pelt the multimillion dollar yacht with rotten eggs. (Photo by Peter Dejong/AP Photo) 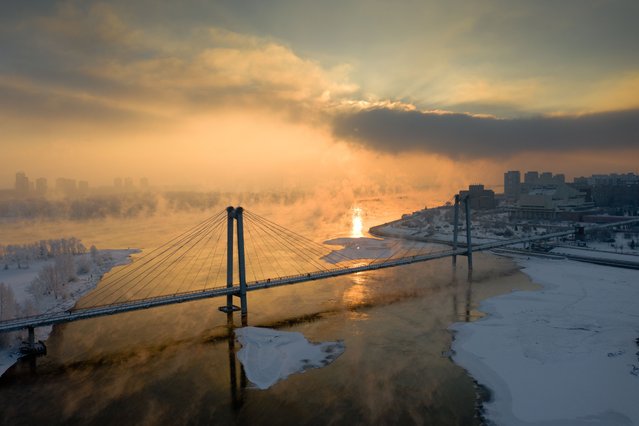 The Yenisei River within the city of Krasnoyarsk never freezes even in winter at minus 50 degrees due to the construction of the Krasnoyarsk hydroelectric power station upstream of the river. In severe frosts, the city is covered with strong evaporation from the surface of the water. (Photo by Alexander Manzyuk/Anadolu Agency via Getty Images) 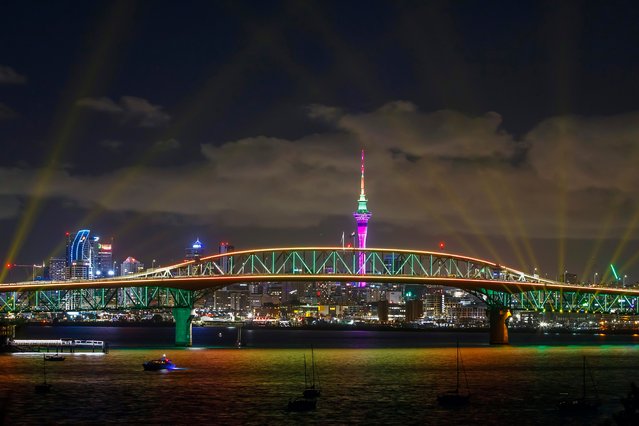 A light show from the Skytower and harbour bridge during Auckland New Year's Eve celebrations on January 01, 2022 in Auckland, New Zealand. The light show named “Auckland Is Calling” replaces the normal fireworks due to government COVID-19 restrictions but signifies a welcome to visitors from New Zealand and eventually the world to the region . (Photo by Dave Rowland/Getty Images for Auckland Unlimited) 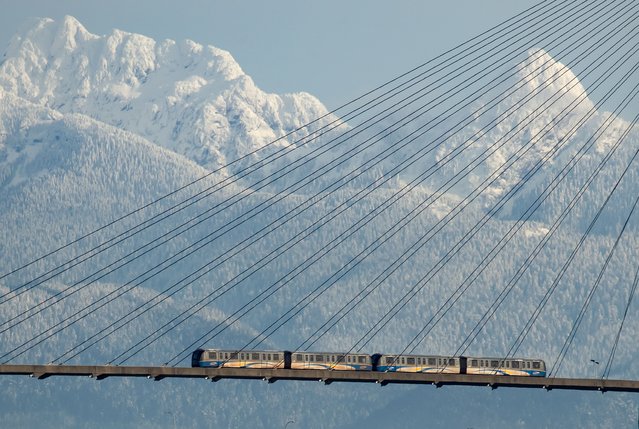 A Skytrain crosses over the Fraser River past snow-capped mountains in the distance, in New Westminster, B.C., on Tuesday, December 28, 2021. Environment Canada has issued an arctic outflow warning for Metro Vancouver and the south coast with well below normal temperatures forecast for the region. (Photo by Canadian Press/Rex Features/Shutterstock) Labourers work on an under construction foot-over bridge across Sabarmati river in Ahmedabad on November 15, 2021. (Photo by Sam Panthaky/AFP Photo) 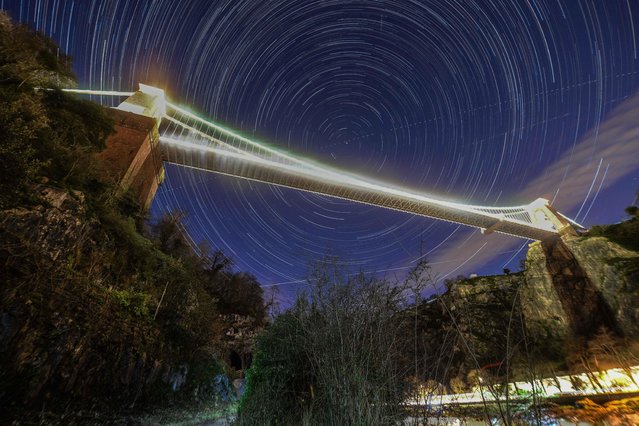