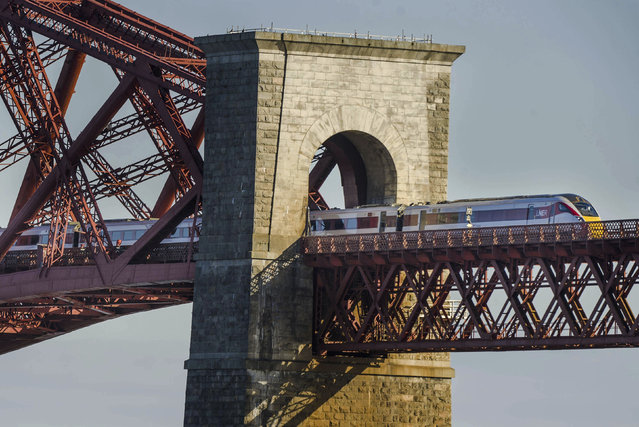 In this May 6, 2021 file photo, a LNER Azuma train crossing the Forth Bridge in Edinburgh. Britain plans to bring the national rail network back under government control, reversing one of the most controversial elements of the privatization drive carried out by the Conservative governments of the 1980s and ’90s. Under plans announced Thursday, May 20, 2021, the government will create a new entity known as Great British Railways that will own all railroad infrastructure, set most fares and schedules, collect ticket revenue and run a single ticketing website. Private companies will continue to operate trains under contracts with the state. (Photo by Euan Cherry/PA Wire via AP Photo/File) 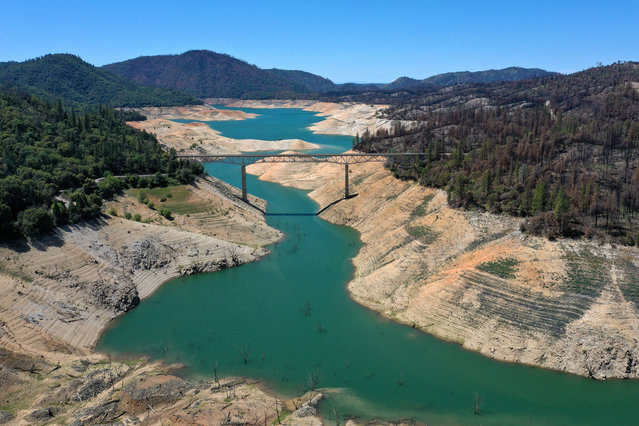 In an aerial view, the Enterprise Bridge crosses over a section of Lake Oroville where water levels are low on April 27, 2021 in Oroville, California. Four years after then California Gov. Jerry Brown signed an executive order to lift the California's drought emergency, the state has re-entered a drought emergency with water levels dropping in the state's reservoirs. Water levels at Lake Oroville have dropped to 42 percent of its 3,537,577 acre foot capacity. (Photo by Justin Sullivan/Getty Images) 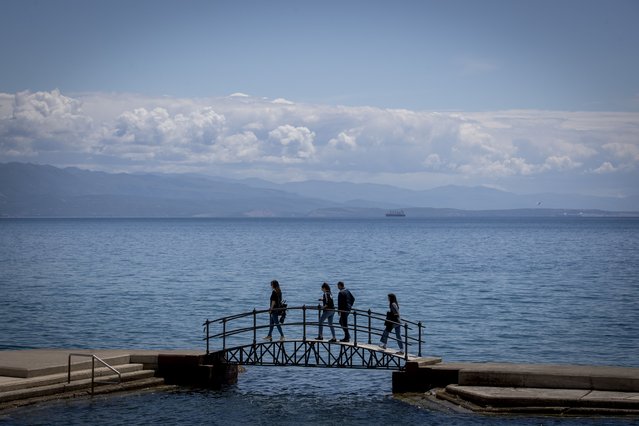 A group of tourists walk across a bridge on the seafront in Opatija, Croatia, Saturday, May 15, 2021. Croatia has opened its stunning Adriatic coastline for foreign tourists after a year of depressing coronavirus lockdowns and restrictions. (Photo by Darko Bandic/AP Photo) 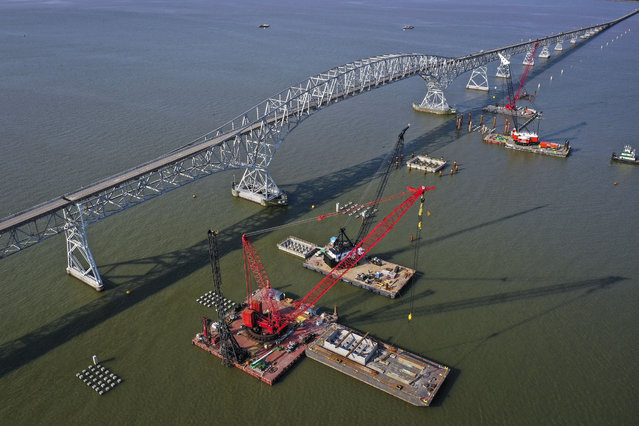 In an aerial view, construction continues on a new $463 million Nice/Middleton Bridge on April 8, 2021 in Newburg, Maryland. The bridge will replace the current Governor Harry W. Nice Memorial Bridge, which links Newburg, Maryland to Dahlgren, Virginia on U.S. Route 301 across the Potomac River. Led by the Maryland Transportation Authority, the new bridge will double the vehicle capacity, improve safety and allow tall ships to pass beneath its 135-foot clearance. At the end of March, President Joe Biden introduced a $2.3 trillion plan to overhaul and upgrade the nations infrastructure. The plan aims to revitalize the U.S. transportation infrastructure, water systems, broadband internet, make investments in manufacturing and job training efforts, and other goals. (Photo by Drew Angerer/Getty Images) 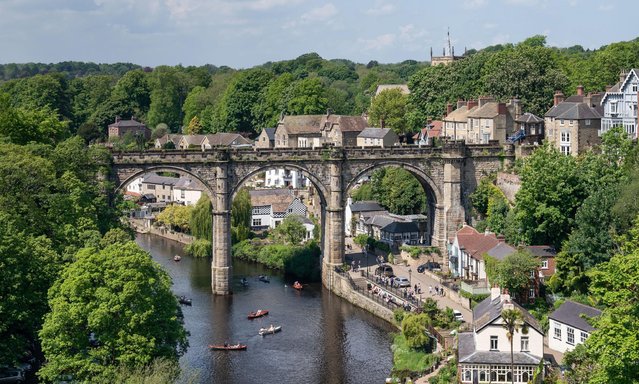 People row boats underneath the Knaresborough Viaduct on River Nidd in North Yorkshire on Saturday, May 29, 2021, as they enjoy the summer weather over the bank holiday weekend which is expected to bring blue skies and widespread sunshine. (Photo by Danny Lawson/PA Images via Getty Images) 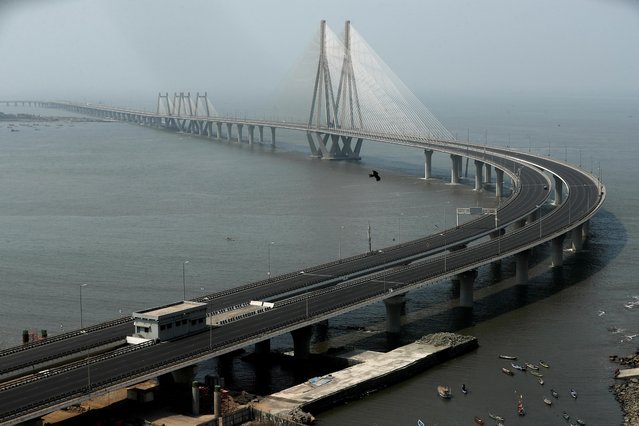 A deserted Bandra-Worli sea link is seen during a weekend lockdown to limit the spread of the coronavirus disease (COVID-19) in the country, in Mumbai, India, April 10, 2021. (Photo by Francis Mascarenhas/Reuters) 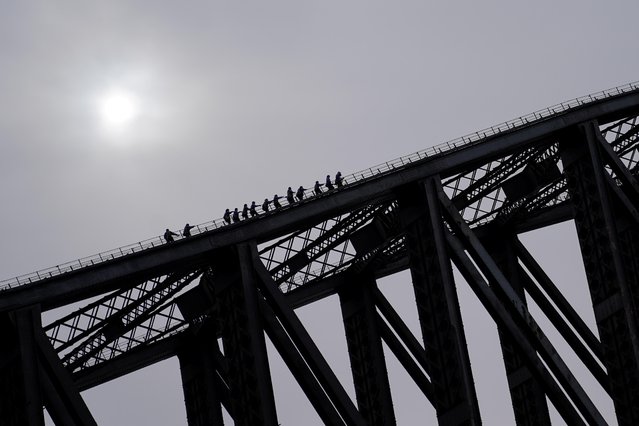 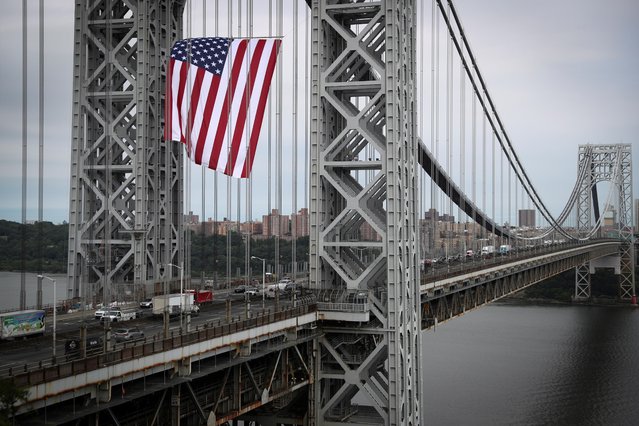 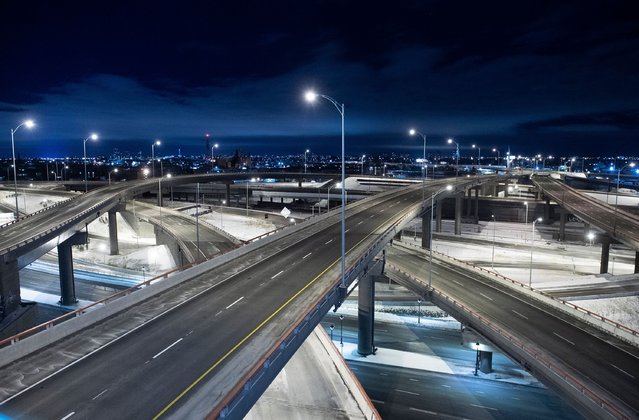 An empty Turcot Interchange is shown in Montreal, Saturday, January 9, 2021, as the Quebec government imposed a curfew to help stop the spread of COVID-19 starting at 8 p.m until 5 a.m and lasting until Feb. 8. (Photo by Graham Hughes/The Canadian Press via AP Photo) 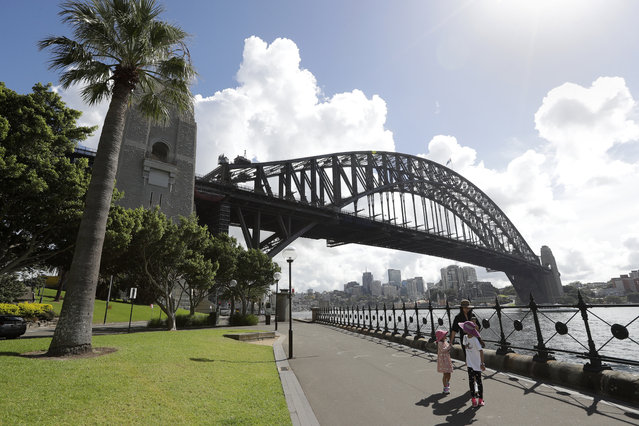 A woman and 2 children walk under the Harbour Bridge in a popular area in Sydney, Australia, Tuesday, April 6, 2021. (Photo by Rick Rycroft/AP Photo) 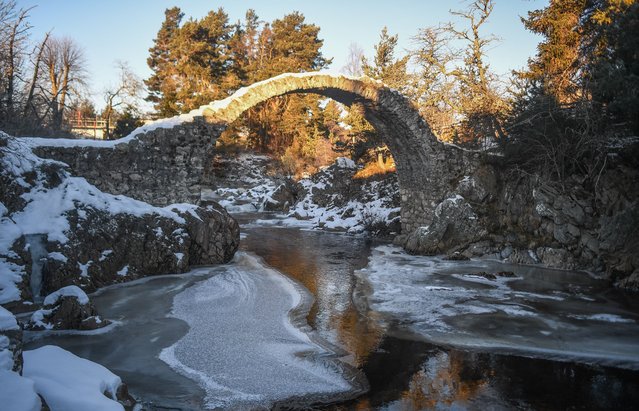 The River Dulnain is seen partially frozen under the old pack horse bridge on February 11, 2021 in Carrbridge, United Kingdom. The village of Carrbridge in Badenoch and Strathspey in the Scottish Highlands recorded –18 degrees celsius this morning. Braemar, Aberdeenshire, recorded –22.9 degrees celsius overnight, making it the coldest night on record there since 1986. Record levels of snow have fallen in Braemar in what the Met Office are calling the Big Freeze in the aftermath of Storm Darcy. (Photo by Peter Summers/Getty Images) 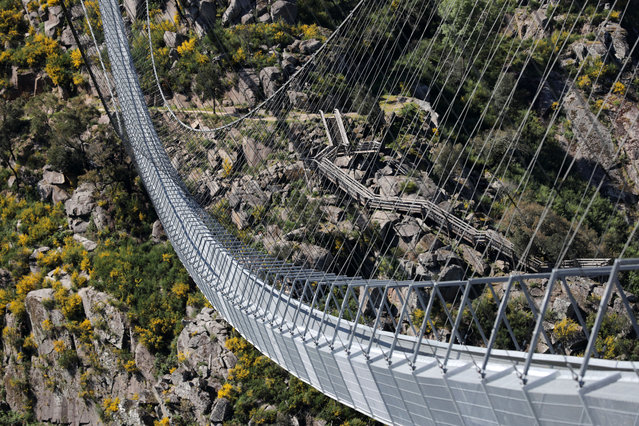 A view of “516 Arouca”, considered the largest pedestrian suspension bridge in the world, at 516 meters long and 175 meters high, in Arouca, Portugal, 16 April 2021. The bridge is secured by steel cables arranged 175 meters above the Paiva riverbed and can be visited by the general public from 03 May. (Photo by Estela Silva/EPA/EFE) 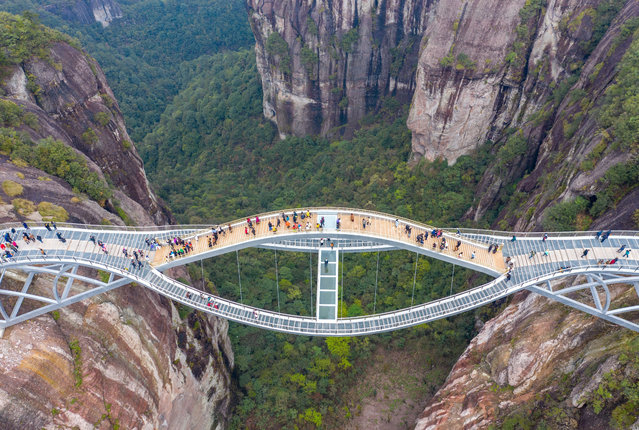 Photo taken from aerial view shows the “Ruyi Bridge” in the Shenxianju Scenic Area, which is shaped like a jade Ruyi in the sky, attracting many tourists to take pictures in Xianju county of Taizhou City, East China's Zhejiang Province, 24 March 2021. (Photo by Rex Features/Shutterstock) 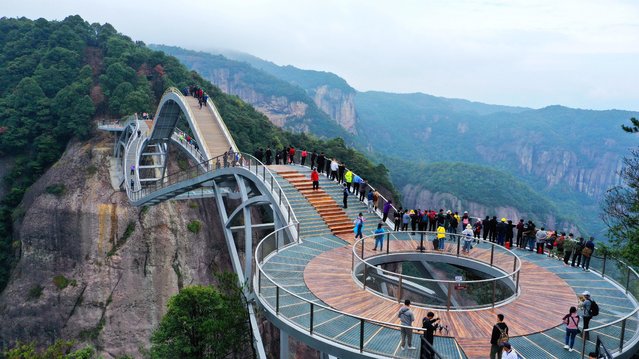 The “Ruyi Bridge” in the Shenxianju Scenic Area in Xianju county is shaped like a jade Ruyi in the sky, attracting many tourists to take pictures in Taizhou City, East China's Zhejiang Province, 17 October 2020. (Photo by Imaginechina Limited/Alamy Stock Photo) 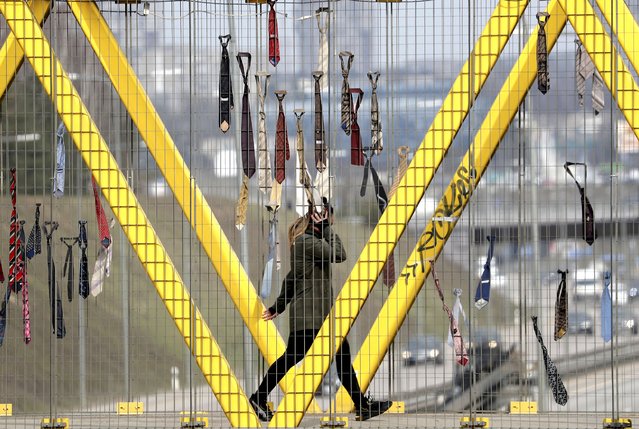 A woman crosses the street along a pedestrian bridge decorated with neck ties in Vilnius, Lithuania, 01 April 2021. The idea to decorate the bridge with ties was first promoted by artist Julius Zekas who says it helps to express the spirit of freedom and create a new sign of urban space. For the last six years, Vilnius residents have decorated the pedestrian bridge with lot of neck ties. (Photo by Toms Kalnins/EPA/EFE) 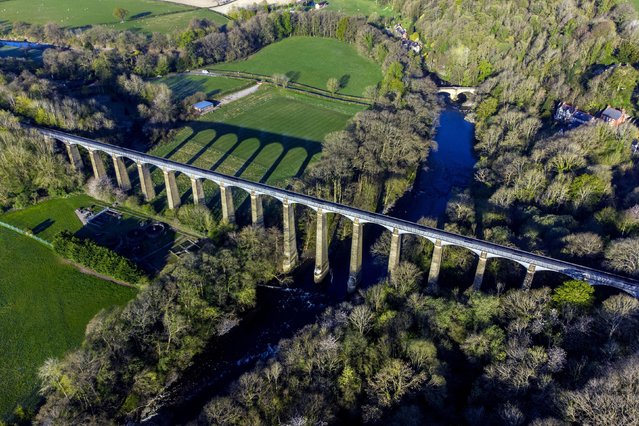