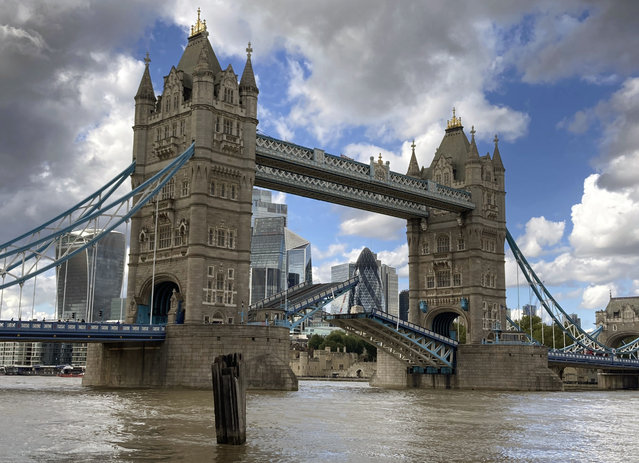 Tower Bridge crossing the River Thames is stuck open, leaving traffic in chaos and onlookers stunned as the iconic river crossing remains open, in London, Saturday August 22, 2020. The historic bridge has failed to close Saturday after opening to allow ships to pass underneath on the River Thames. (Photo by Tony Hicks/AP Photo) 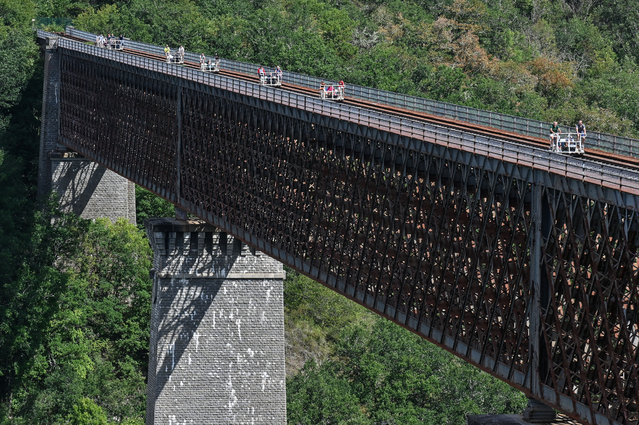 People cross the Viaduc des Fades as they ride the “vélorail” on an old railway line on August 18, 2020 in Les Ancizes-Comps central France. (Photo by Philippe Desmazes/AFP Photo) 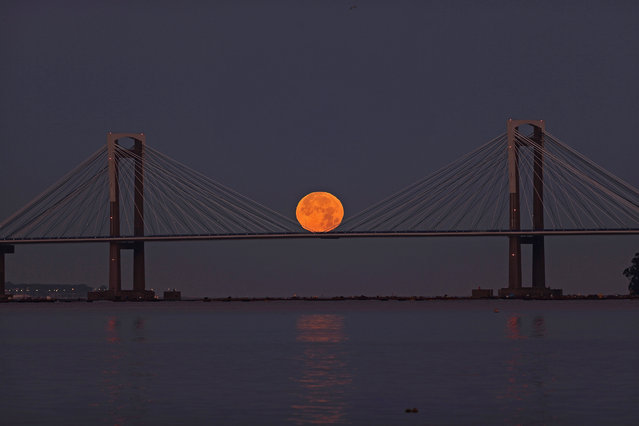 The full moon peeks out over the estuary of Vigo and behind the Rande Bridge during a penumbral lunar eclipse seen overnight from between the towns of Redondela and Moana, Galicia, northwestern Spain, 05 July 2020. A penumbral lunar eclipse is a natural phenomenon that occurs when the Earth is aligned in a near-straight line with the Sun and the Moon, thus blocking some sunlight from directly reaching the Moon's surface and casting a penumbra, or shadow, on our planet's sole natural satellite. (Photo by SXENICK/EPA/EFE) 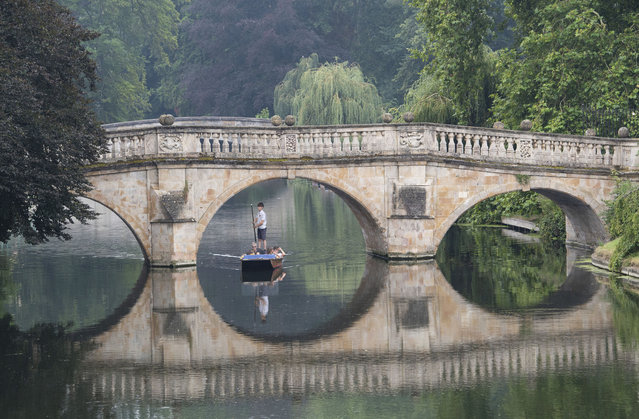 People enjoy the hot weather as they take a punt trip along the River Cam in Cambridge, England Tuesday August 11, 2020. After days of scorching temperatures, large swathes of the UK could be hit by severe thunderstorms this week. (Photo by Joe Giddens/PA Wire via AP Photo) 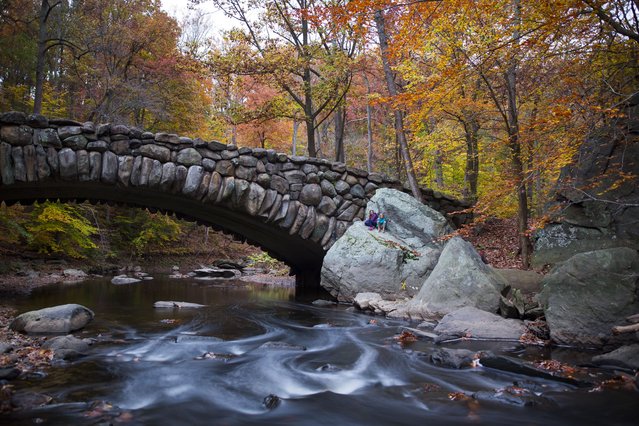 Rock Creek flows through Rock Creek Park in the center of Washington, DC, USA, 02 November 2015. Fall foliage is near peak color in the DC region. (Photo by Jim Lo Scalzo/EPA) 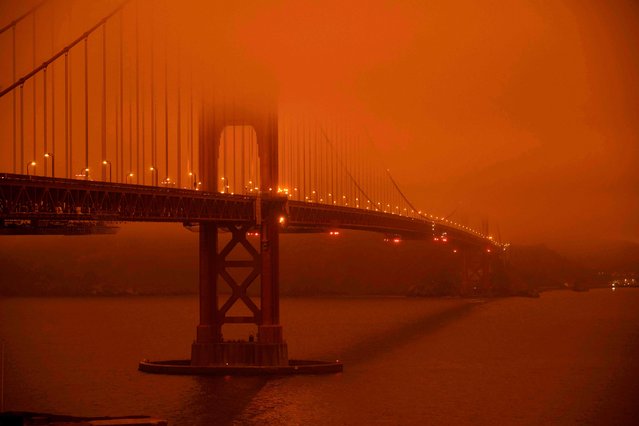 Cars drive along the San Francisco Bay Bridge under an orange smoke filled sky at midday in San Francisco, California on September 9, 2020. More than 300,000 acres are burning across the northwestern state including 35 major wildfires, with at least five towns “substantially destroyed” and mass evacuations taking place. (Photo by Harold Postic/AFP Photo) 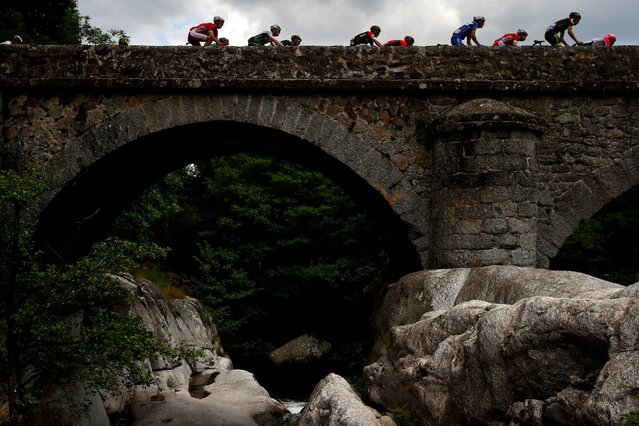 The pack of riders in action during the 14th stage of the 105th edition of the Tour de France cycling race over 188km between Saint-Paul-Trois-Chateaux and Mende, France, 21 July 2018. (Photo by Kim Ludbrook/EPA/EFE/Rex Features/Shutterstock) 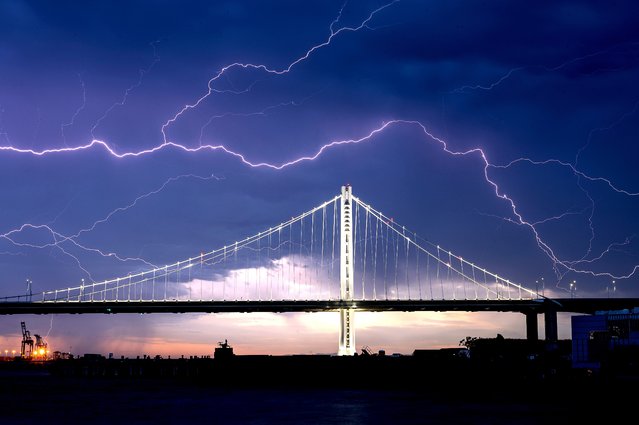 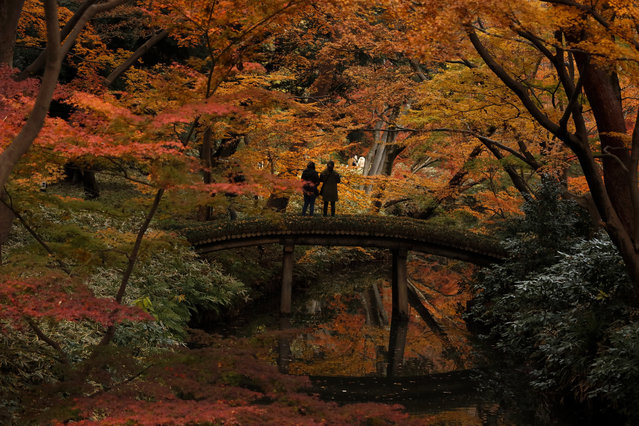 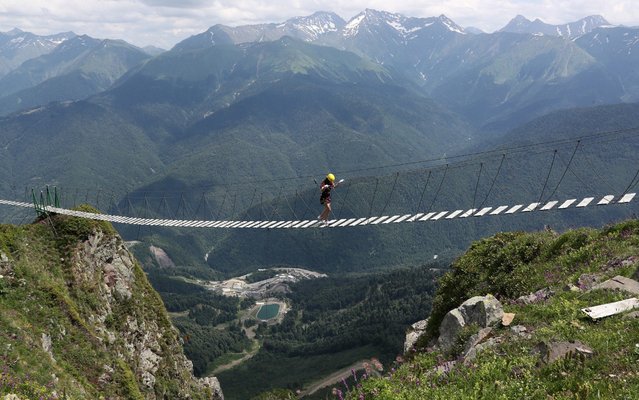 A woman walking along a suspension bridge at a height of 2320 metres at the Rosa Khutor alpine ski resort in Krasnaya Polyana near Sochi, Russia on June 19, 2019. (Photo by Dmitry Feoktistov/TASS) 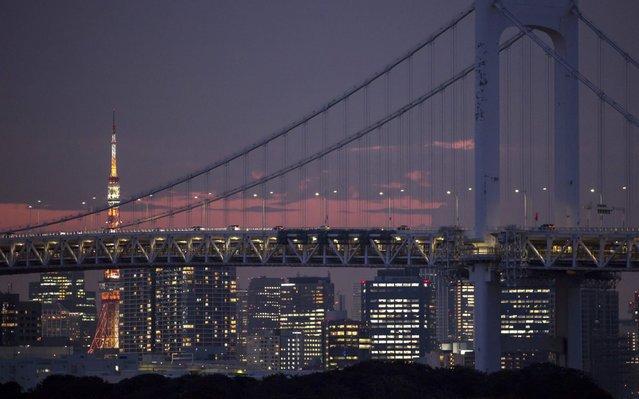 The Tokyo Tower stands illuminated behind the Rainbow Bridge seen from the Odaiba Marine Park which will host Triathlon and Aquatics (10km Marathon Swimming) during the 2020 Olympics on July 24, 2019 in Tokyo, Japan. (Photo by Tomohiro Ohsumi/Getty Images) 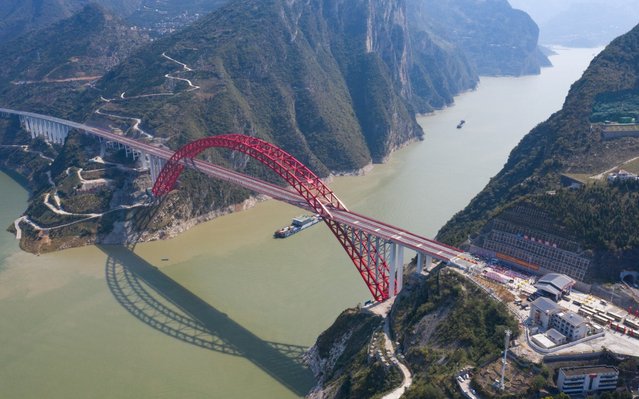 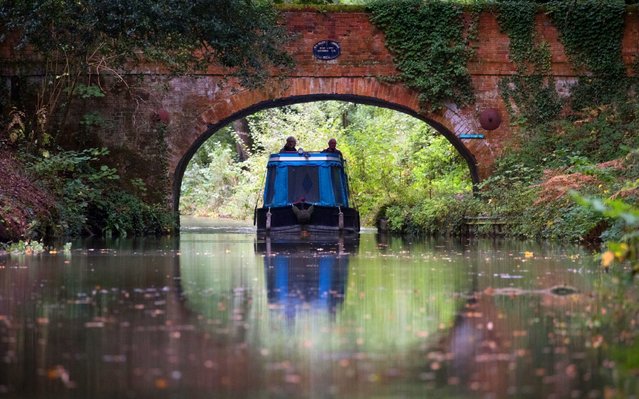 A narrowboat passes under Baseley's Bridge on the Basingstoke canal, near to Dogmersfield in Hampshire, England on October 8, 2019. (Photo by Andrew Matthews/PA Images via Getty Images) 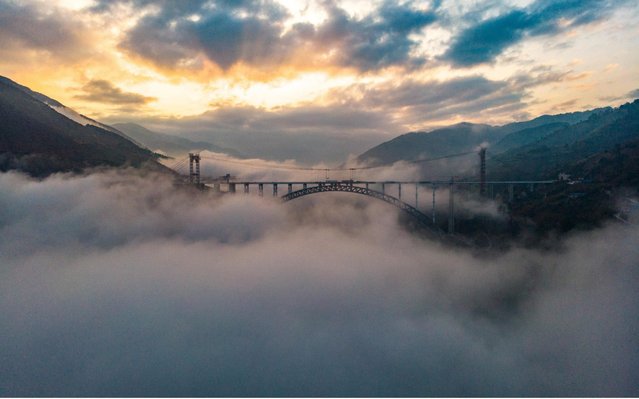 The major construction of maximum span railway arch bridge has been finished in Baoshan, Yunnan, China on December 30, 2019. The Lancang River Railway Bridge is an arch bridge connecting the cities of Baoshan and Dali. Once completed, the bridge will be one of the highest in world at 271m (889 ft) above the Lancang River. The bridge's main span will be 342 m (1,122 ft) making it also one of the longest arch bridges ever built. (Photo by Top Photo Corporation/Rex Features/Shutterstock) 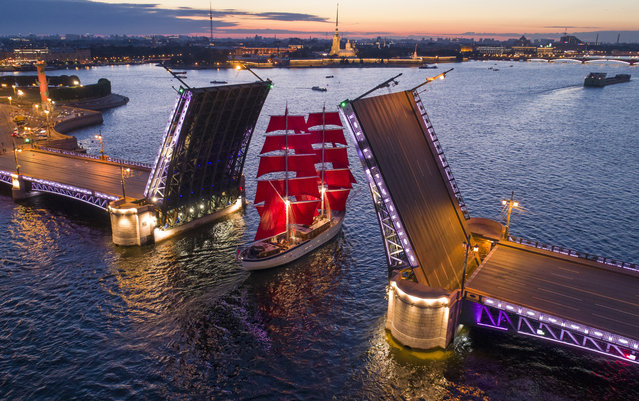