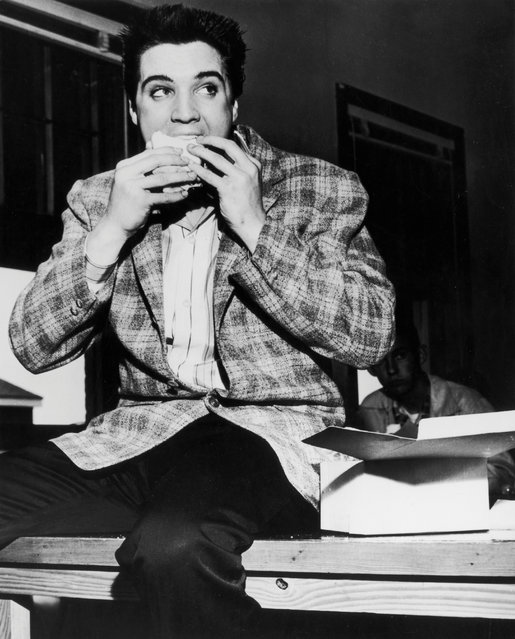 Rock and roll singer Elvis Presley gets his first taste of Army food as he bites in to a sandwich that was provided by the army while waiting at the examination center on March 25, 1958 in Memphis, Tennessee. (Photo by Michael Ochs Archives/Getty Images) 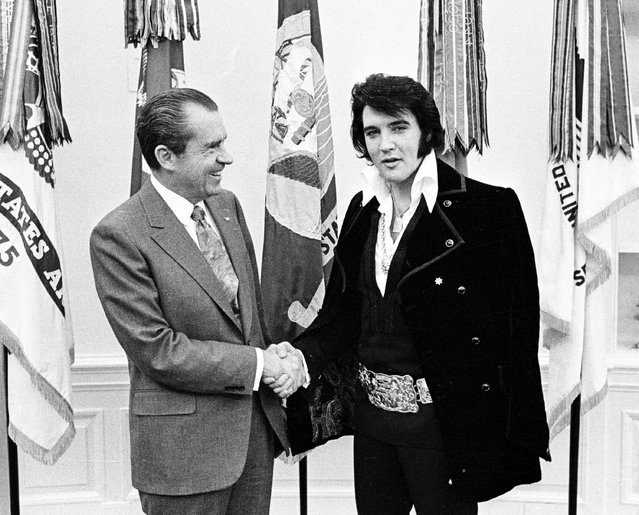 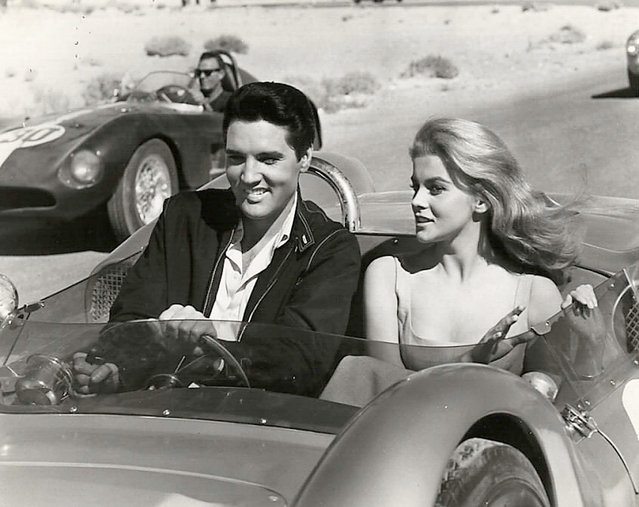 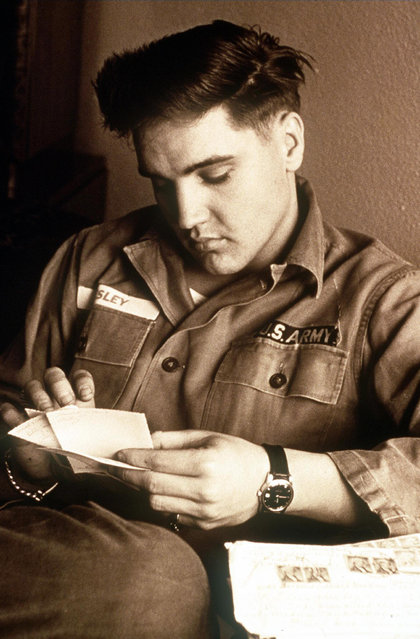 Presley in his army fatigues in this undated handout photo. Presley, born in Tupelo, Mississippi in 1935, died at his Memphis home of Graceland on 16 August 1977. (Photo by AFP Photo) 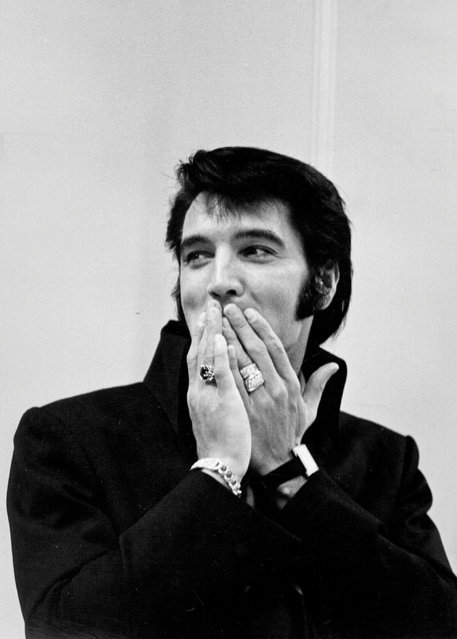 Rock and roll musician Elvis Presley during a press conference after his first performance at the International Hotel in Las vegas, Nevada on August 1, 1969. (Photo by Michael Ochs Archives/Getty Images) 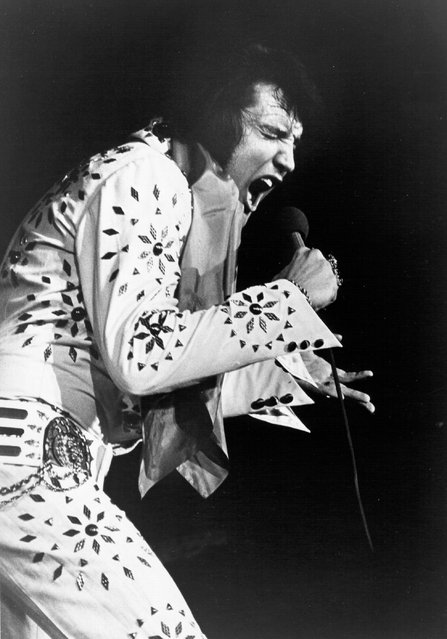 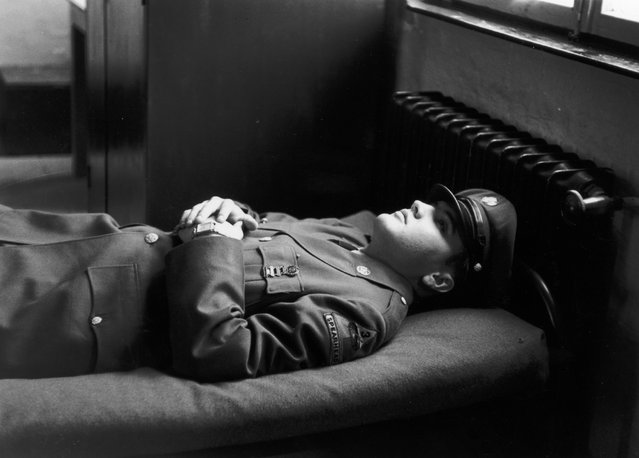 Portrait of American rock singer Elvis Presley (1935 - 1977), wearing a military uniform, lying on an army cot with his hands folded across his chest during his military service in Germany on January 10, 1958. (Photo by Hulton Archive/Getty Images) 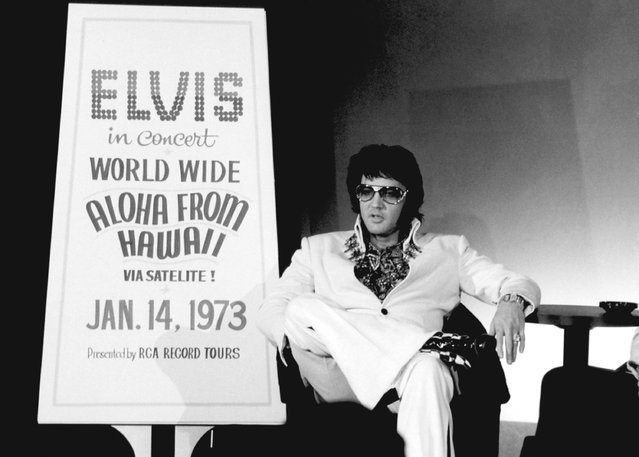 Elvis Presley during a promotional interview at the Las Vegas Hilton in Las Vegas, Nevada on September 4, 1972 for his televised concert “Elvis: Aloha from Hawaii”. (Photo by: Frank Carroll/NBC/NBCU Photo Bank via Getty Images) 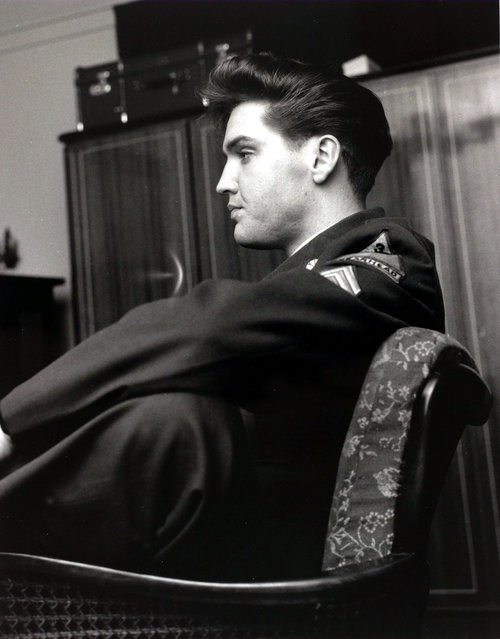 Elvis Presley pictured in Germany as an American G,I, whilst serving in the U,S,forces, 1958 (Photo by Popperfoto/Getty Images) 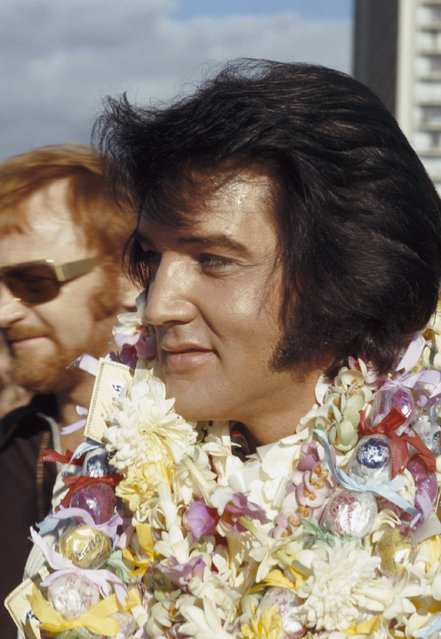 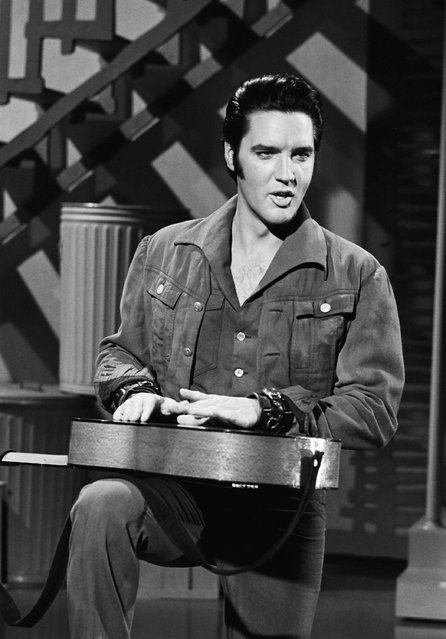 Elvis Presley during his '68 Comeback Special on NBC on June 27, 1968. (Photo by: Frank Carroll/Gary Null/NBC/NBCU Photo Bank via Getty Images) 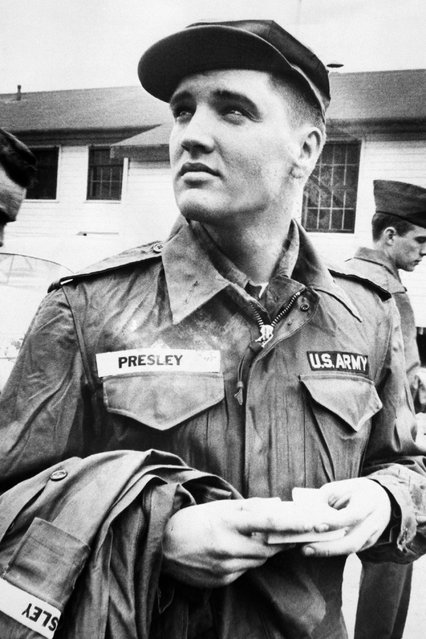 Elvis Presley contemplates his next two years of army service while awaiting issue of more Army clothing on March 26, 1958 in Fort Chaffee, Arkansas. Presley was sent to Fort Hood, Texas, for eight weeks of basic training with the tough Second Armored Division. (Photo by Bettmann/Bettmann Archive) 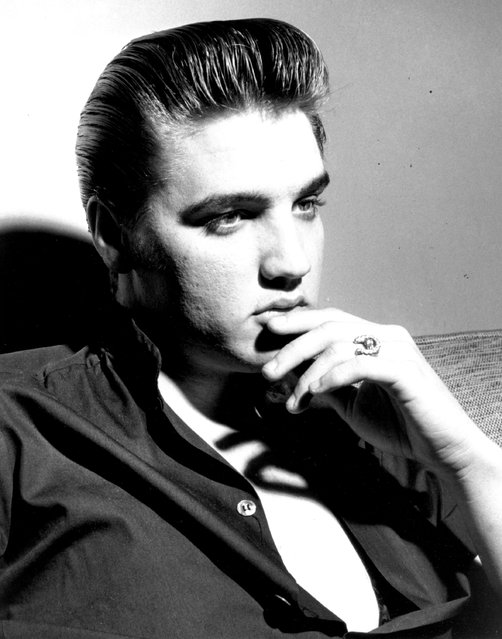