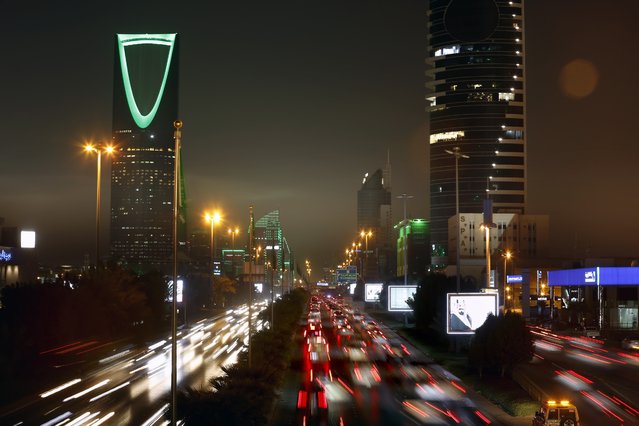 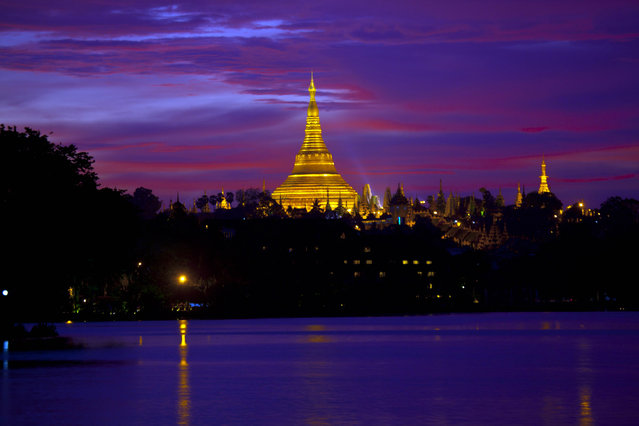 Myanmar Landmark Shwedagon is seen from National Kandawgyi park while its illuminated on Thursday, May 29, 2014, in Yangon, Myanmar. (Photo by Khin Maung Win/AP Photo) 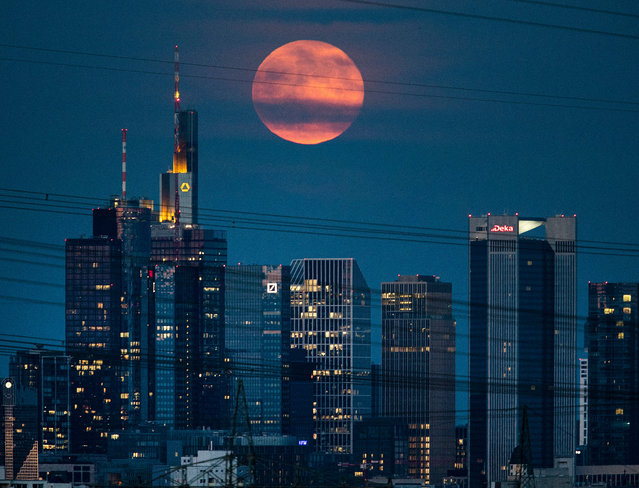 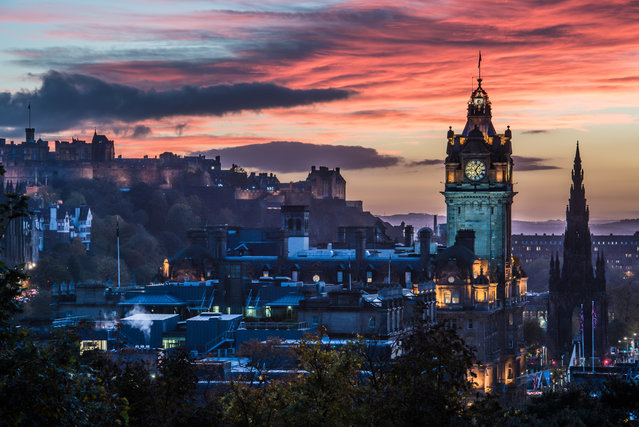 Beautiful red sunset sky over Edinburgh, Scotland. Edinburgh is the capital city of Scotland and a popular tourist destination. It is also a major European financial (fund management) centre. Prominent buildings from left to right are: Edinburgh Castle, The Balmoral Hotel Clock Tower and The Scott Monument. (Photo by John Lawson/Getty Images) 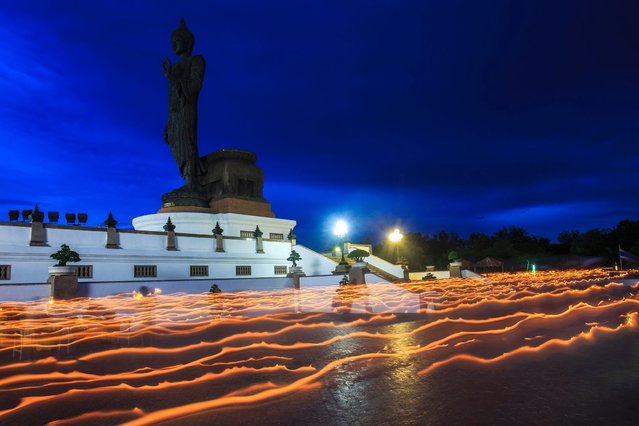 Buddhists holding candles encircle a large Buddha statue during Vesak Day, an annual celebration of Buddha's birth, enlightenment and death, at a temple in Nakhon Pathom province on the outskirts of Bangkok. (Photo by Athit Perawongmetha/Reuters) 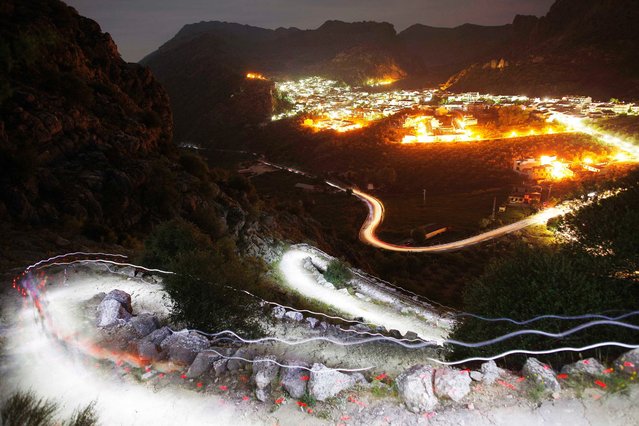 Trails of headlamps are seen in the night as runners make their way to the finish line during the XVII 101km competition on a mountain on the outskirts of Montejaque, near Ronda, southern Spain. (Photo by Jon Nazca/Reuters) 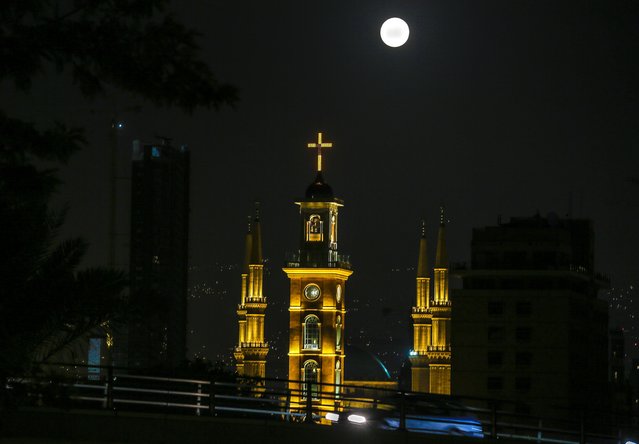 The full moon is seen on the sky over Al-Ameen Mosque and St. Gregory church, Beirut, Lebanon, 03 December 2017. According to the National Aeronautics and Space Administration (NASA) a series of three “Supermoons” – dubbed the “Supermoon trilogy” – will appear in the sky on 03 December 2017, on 01 January 2018 and and 31 January 2018. A “Supermoon” commonly is a full moon at its closest distance to the earth with the moon appearing larger than usual. (Photo by Nabil Mounzer/EPA/EFE/Rex Features/Shutterstock) 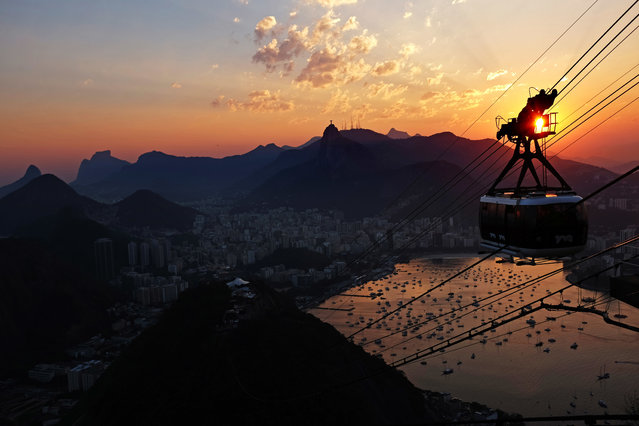 A cable car ascends to the top of Sugarloaf Mountain as the sun sets next to the Christ the Redeemer statue during the 2016 Summer Olympics in Rio de Janeiro, Brazil, Wednesday, August 17, 2016. (Photo by David Goldman/AP Photo) 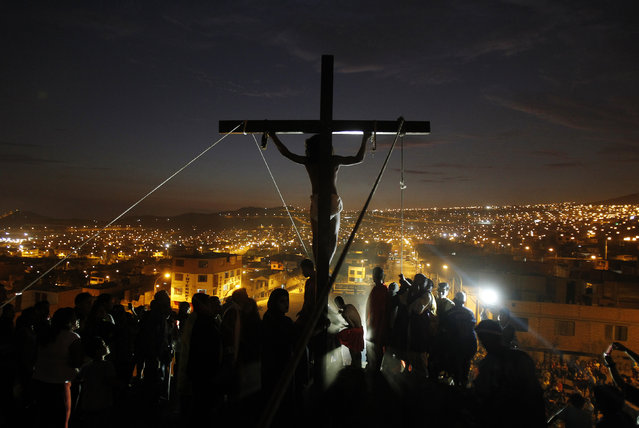 An actor playing the role of Jesus Christ hangs from a cross during the re-enactment of the crucifixion of Jesus Christ during Holy Week at Mi Peru, a shanty town on the outskirts of Lima April 17, 2014. (Photo by Enrique Castro-Mendivil/Reuters) 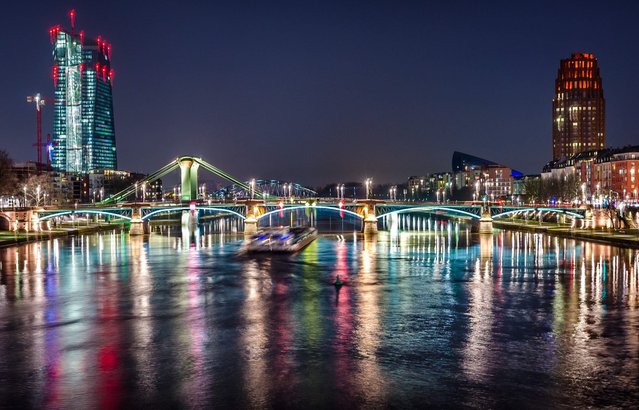 A long time exposure shows the headquarter of the European Central Bank (L), the tower of the Main Plaza (R) and bridges illuminated in Frankfurt am Main, Germany, 18 February 2016. (Photo by Frank Rumpenhorst/EPA) 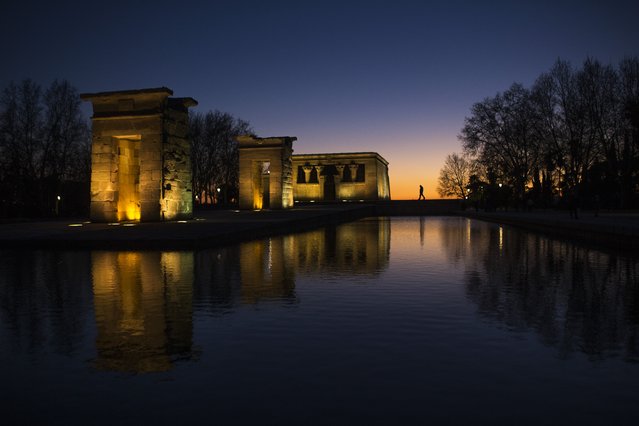 A security guard walks by the Temple of Debod at sunset in Madrid, Spain, Monday, February 29, 2016. The ancient temple, which was originally built in Egypt, was dismantled and relocated in Madrid as a donation from the Egyptian state to Spain in 1968. (Photo by Francisco Seco/AP Photo) 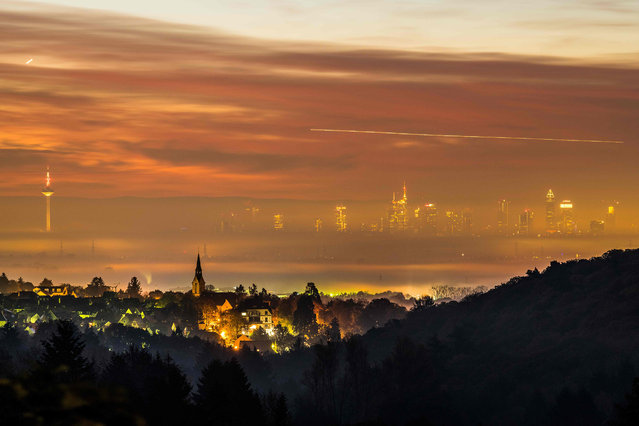 The rising sun reveals in a foggy sky the bank skyline of Frankfurt, over which an airplane draws a trail of light through the clouds in Kronberg, western Germany, on November 7, 2018. (Photo by Boris Roessler/DPA/AFP Photo) 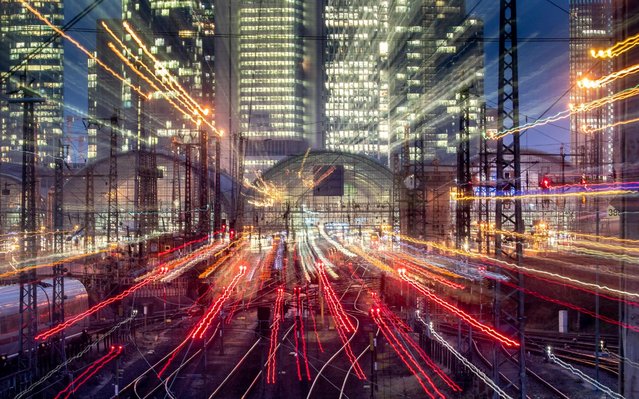 There is heavy traffic at daybreak on the tracks at the main station, behind which the city's skyscrapers stand on January 13, 2020 in Frankfurt/Main, Germany. (Photo by Frank Rumpenhorst/dpa) 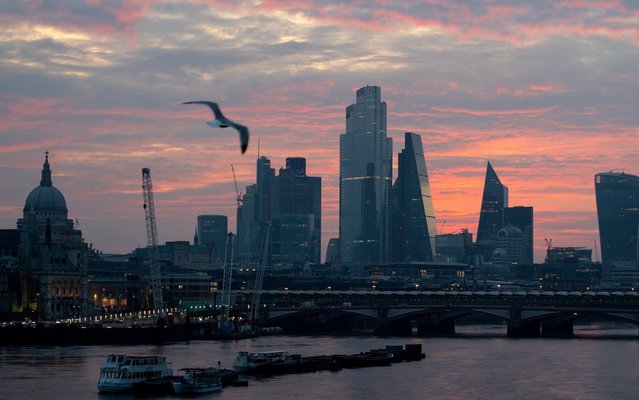 The London skyline at sunrise, April 8, 2020, showing St Paul's Cathedral and skyscrapers in the City financial district, including the Leadenhall Building, and 20 Fenchurch Street (also known as the Walkie Talkie). (Photo by Dominic Lipinski/PA Images via Getty Images) 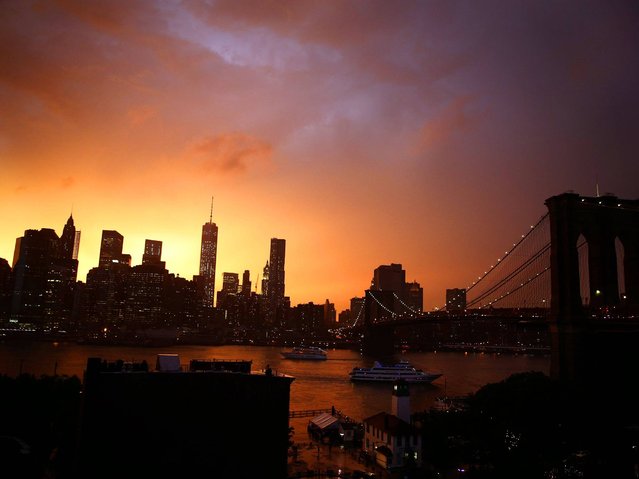