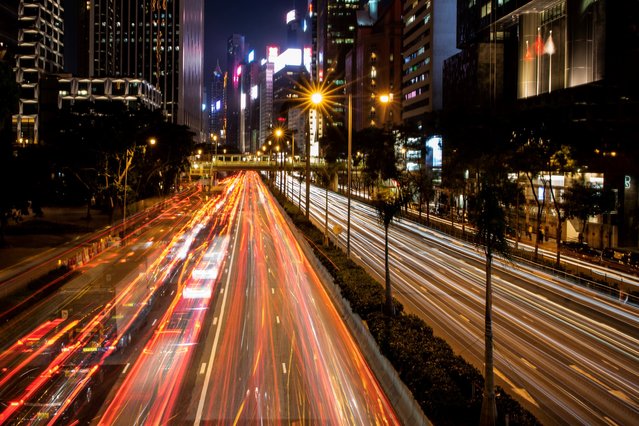 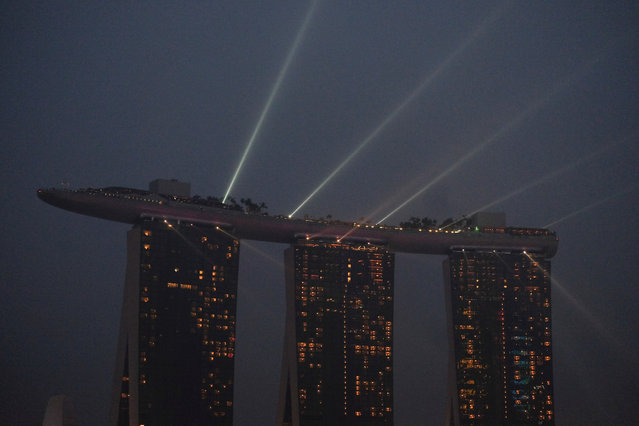 A laser light show plays from the top of the Marina Bay Sands integrated resort during haze in Singapore, September 18, 2019. (Photo by Kevin Lam/Reuters) 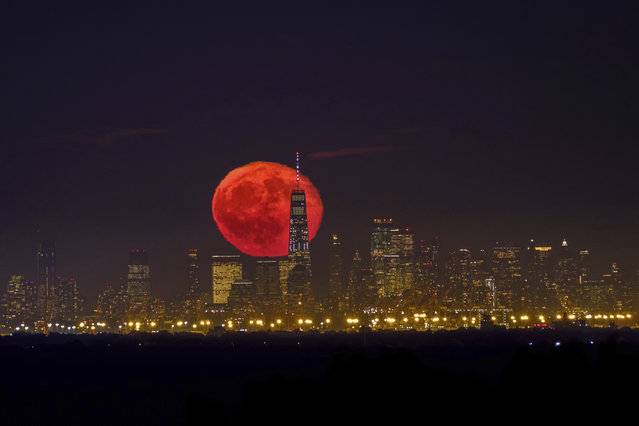 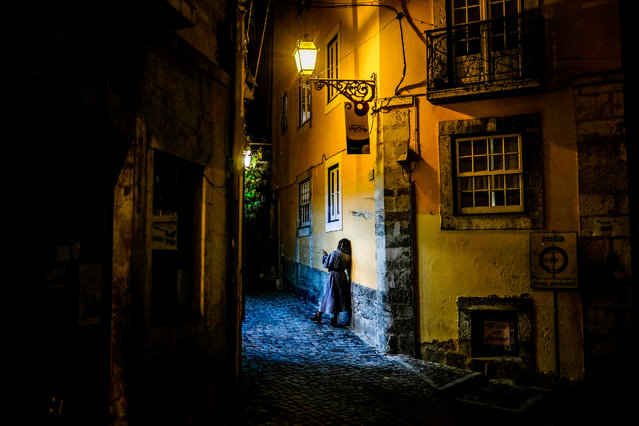 A fado singer smokes a cigarrette outside a fado house at the Alfama neighborhood in Lisbon on May 8, 2019. From fado sounds to Cape Verde mornas or bossa nova: the Lisbon nights, where musicians from all over the world meet, have largely inspired Madonna's new album, who has been in the Portuguese capital since 2017. (Photo by Patrícia de Melo Moreira/AFP Photo) 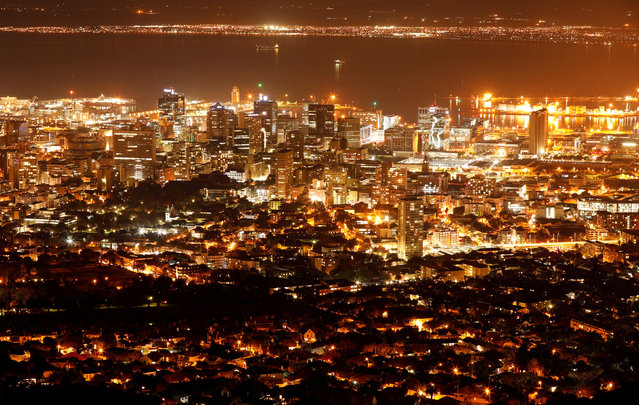 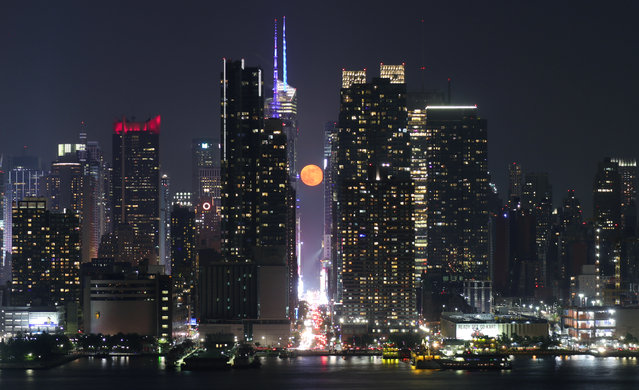 The moon rises above 42nd Street in New York City on May 19, 2019 as seen from Weehawken, New Jersey. (Photo by Gary Hershorn/Getty Images) 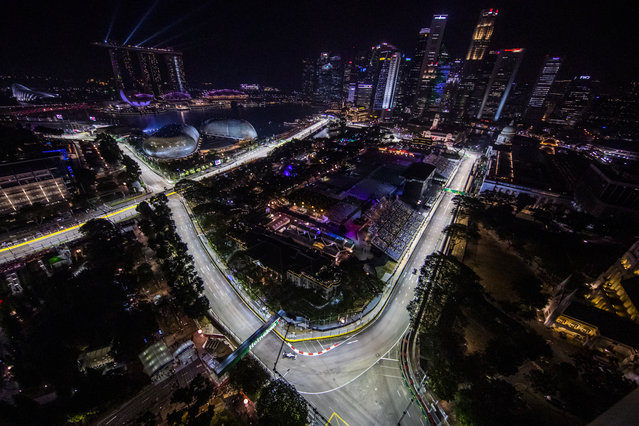 A general view of the action during practice for the F1 Grand Prix of Singapore at Marina Bay Street Circuit on September 20, 2019 in Singapore. (Photo by Mark Thompson/Getty Images) 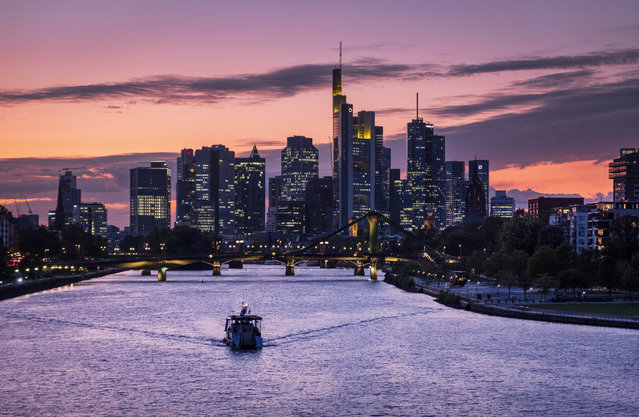 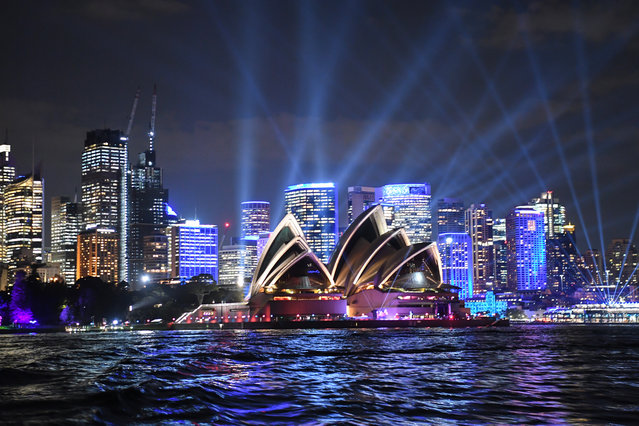 The Opera House and CBD are lit with special lighting during the media preview of Vivid Sydney on May 23, 2019 in Sydney, Australia. “Vivid Sydney” runs from May 24 throughout the city and suburbs of Sydney with hundreds of illuminated buildings and exhibits which attract hundreds of thousands of visitors each year. (Photo by James D. Morgan/Getty Images) 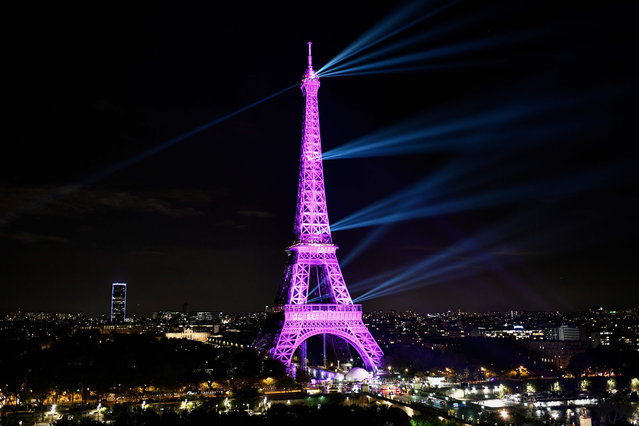 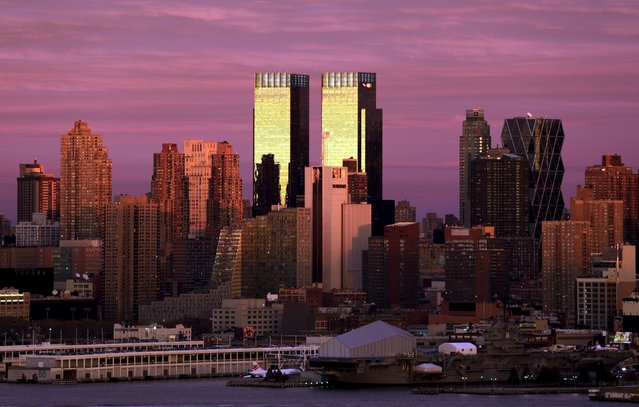 The setting sun reflects off of the twin towers of Time Warner Center in the Manhattan borough of New York City, November 22, 2015. (Photo by Rickey Rogers/Reuters) 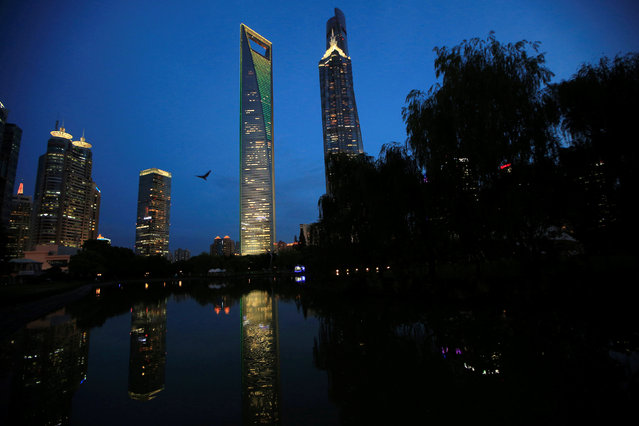 The Shanghai World Financial Center building is illuminated in the colors of the Brazilian flag to pay homage to the Rio 2016 Olympics, in Shanghai, China, August 4, 2016. (Photo by Aly Song/Reuters) 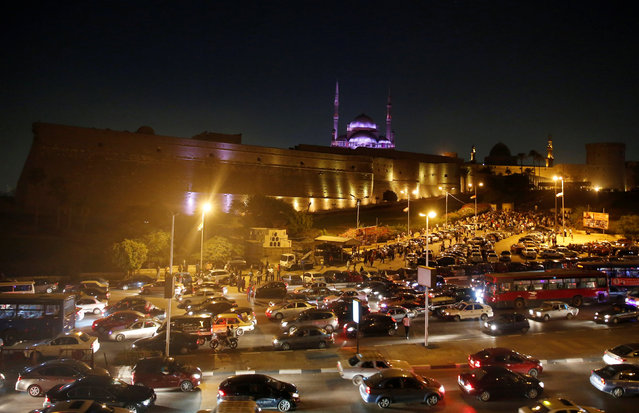 People and vehicles are seen caught in a traffic jam in front of the Saladin Citadel during the opening of 25th Citadel Festival for Music and Singing which is organized by the Cairo Opera House with the participation of artists from different Arab countries in Cairo, Egypt August 18, 2016. (Photo by Amr Abdallah Dalsh/Reuters) 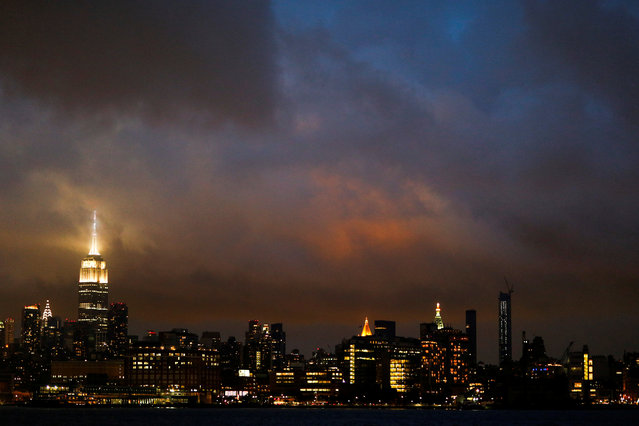 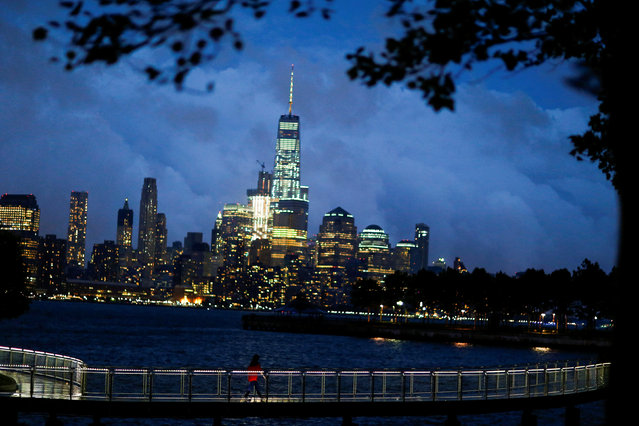 A woman walks on a bridge as low level cloud formation hovers over New York's One World Trade Center and the skyline of Lower Manhattan as seen across the Hudson River in Hoboken, New Jersey, U.S., August 21, 2016. (Photo by Eduardo Munoz/Reuters) 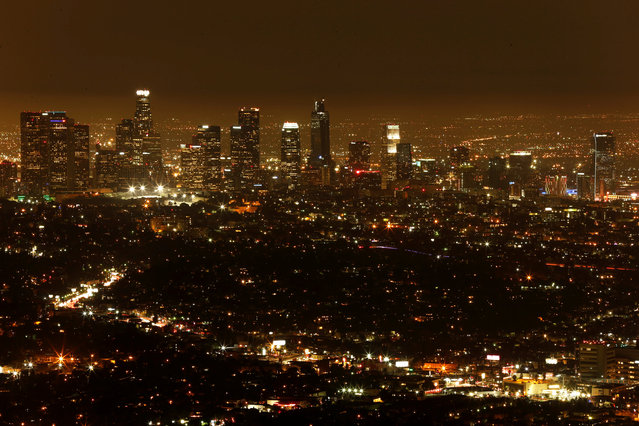 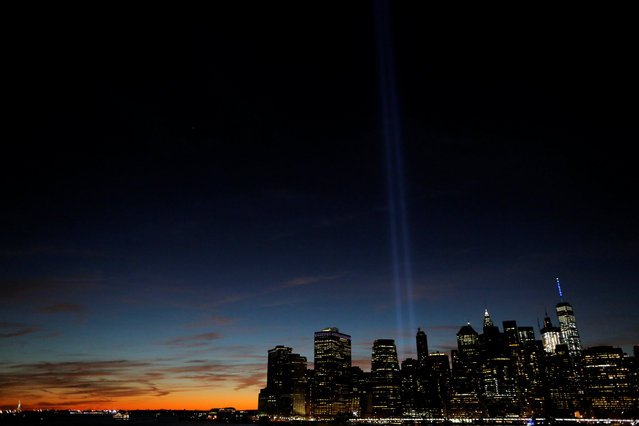 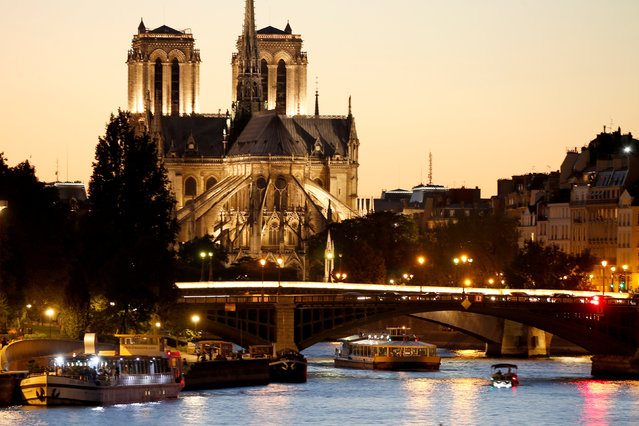 General view of the Ile Saint-Louis and the Notre Dame Cathedral at sunset in Paris, France September 28, 2016. (Photo by Charles Platiau/Reuters) 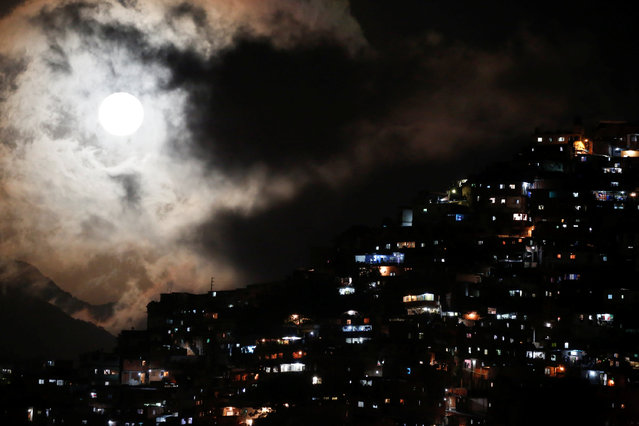 The rising supermoon is seen over the slum of Petare in Caracas, Venezuela November 14, 2016. (Photo by Carlos Garcia Rawlins/Reuters) 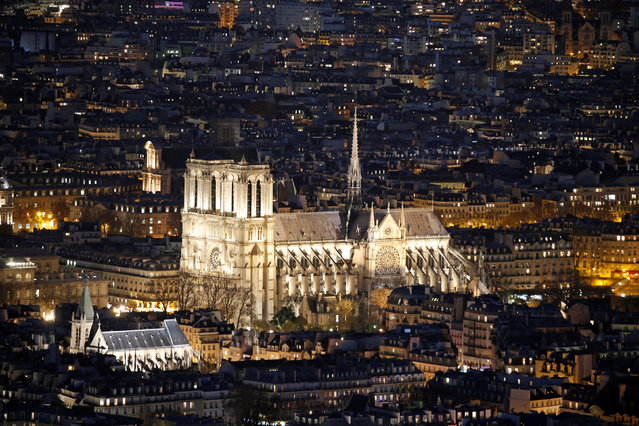 A general view shows the Notre Dame Cathedral and rooftops at night in Paris, France, November 28, 2016. (Photo by Charles Platiau/Reuters) 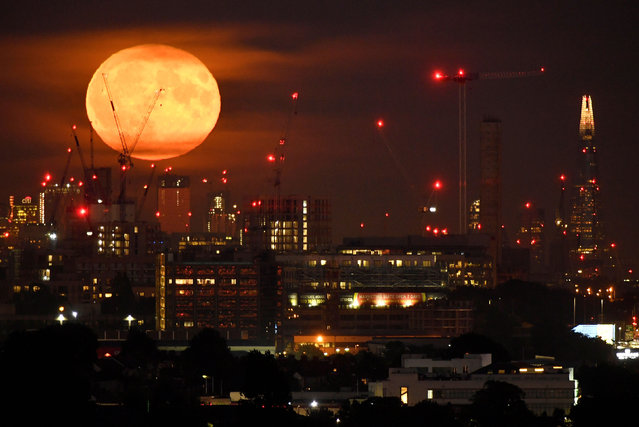