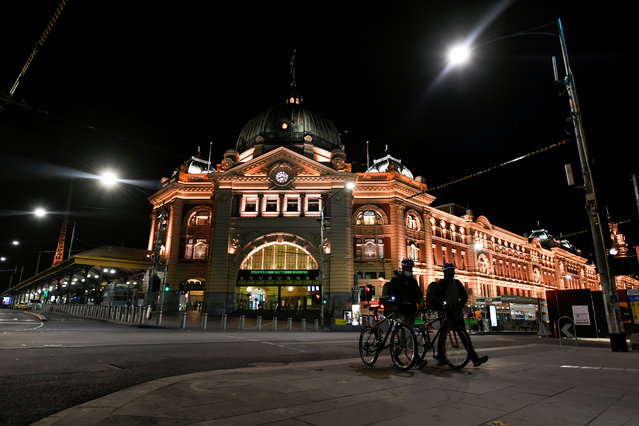 Delivery riders outside Flinders Street Station after a citywide curfew is introduced in Melbourne, Victoria, Australia, 02 August 2020. A state of disaster has been declared in Victoria as the state tightens coronavirus disease (COVID-19) restrictions, limiting movement in Melbourne through a nightly curfew among other new rules. (Photo by Erik Anderson/EPA/EFE) 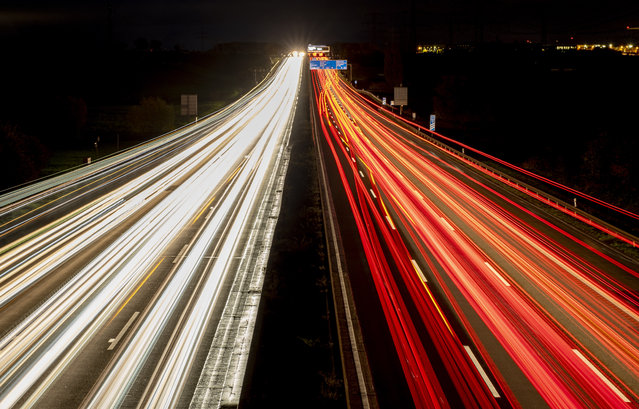 Traffic runs as usual on a highway in Frankfurt, Germany, Monday, November 2, 2020. A one month long partial lockdown becomes effective in Germany on Monday. (Photo by Michael Probst/AP Photo) 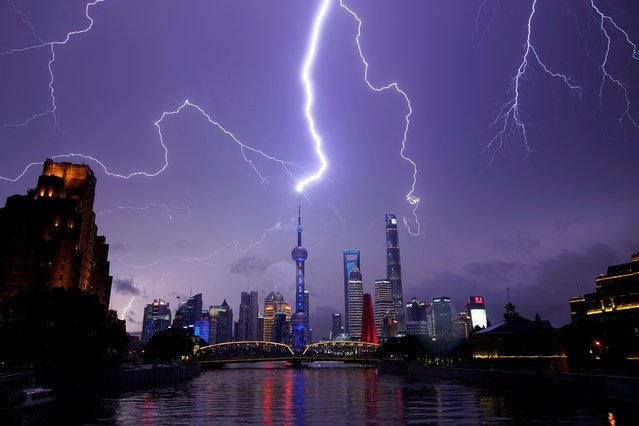 Lightning strikes are seen above the skyline of Shanghai's financial district of Pudong, China on August 10, 2020. (Photo by Aly Song/Reuters) 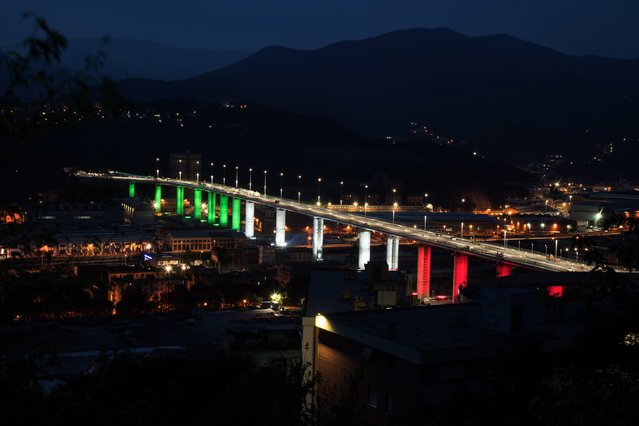 A general view shows the eighteen pillars of the new Genoa bridge illuminated with the colors of the Italian flag, on the eve of the installation of the last part of the scaffolding, in Genoa, northern Italy, 01 August 2020. The new bridge is under construction after the Morandi highway bridge partially collapsed on 14 August 2018, killing a total of 43 people. (Photo by Luca Zennaro/EPA/EFE) 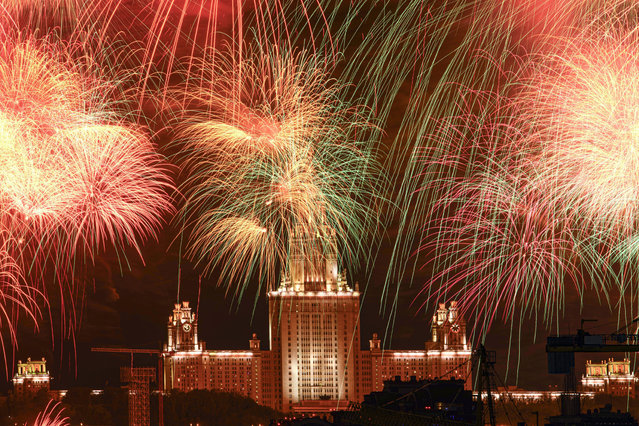 Fireworks explode over Moscow State University during the celebration of the 75th anniversary of the Nazi defeat in World War II in Moscow, Russia, Saturday, May 9, 2020. Russian President Vladimir Putin has marked Victory Day, the anniversary of the defeat of Nazi Germany in World War II, in a ceremony shorn of its usual military parade and pomp by the coronavirus pandemic. (Photo by Maxim Marmur/AP Photo) 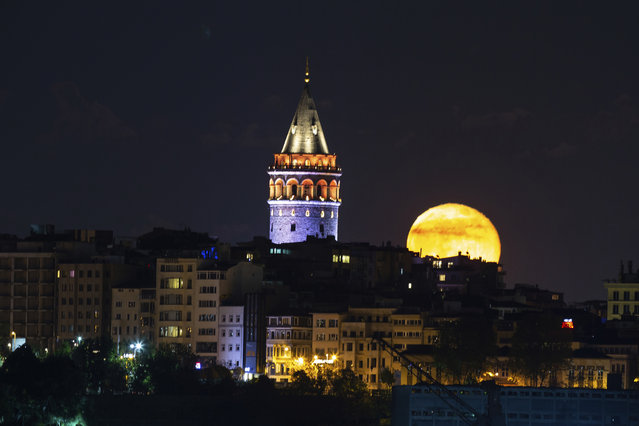 The moon rises over Istanbul's skyline with the iconic Galata Tower, Friday, May 8, 2020, a few hours before the start of a two-day curfew declared by the government in an attempt to control the spread of coronavirus. The full moon, also known as the supermoon or Flower Moon, was visible on Thursday, May 7. (Photo by Emrah Gurel/AP Photo) 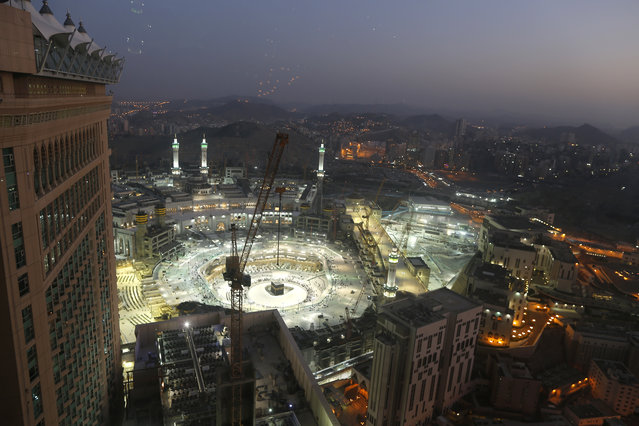 In this March 7, 2020 file photo, the sun sets at the site of the Grand Mosque, in the Muslim holy city of Mecca, Saudi Arabia, as authorities emptied Islam's holiest site for sterilization over fears of the new coronavirus. This was supposed to be Saudi Arabia's year to shine as host of the prestigious G20 gathering of world leaders. Instead, due to the pandemic, the gathering this November will likely be a virtual meet-up, stripping its host of the pomp that would have accompanied televised arrivals on Riyadh's tarmac. Even the upcoming hajj pilgrimage faces the possibility of being canceled or dramatically pared down. (Photo by Amr Nabil/AP Photo/File) 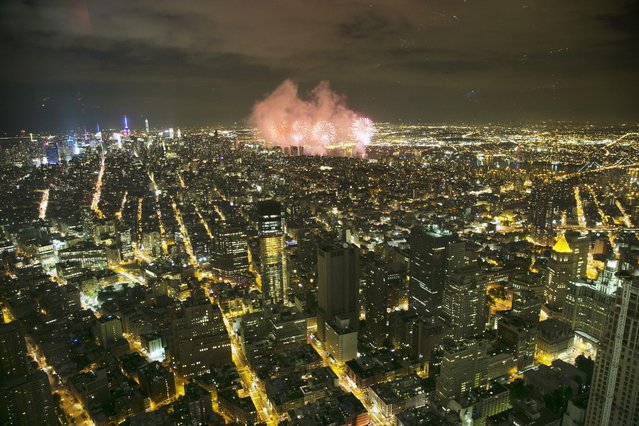 Macy's Fourth of July fireworks light up the sky over Manhattan, Saturday, July 4, 2015 in New York in a view from One World Observatory. (Photo by Mark Lennihan/AP Photo) 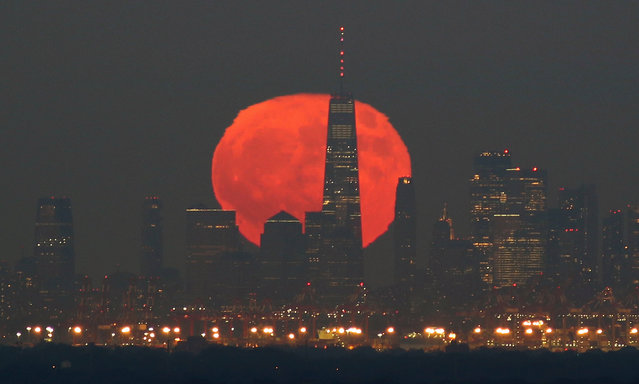 The full Blue Moon and Hunter's Moon rises behind lower Manhattan and One World Trade Center in New York City on Halloween on October 31, 2020 as seen from Greenbrook Township, New Jersey. (Photo by Gary Hershorn/Getty Images) 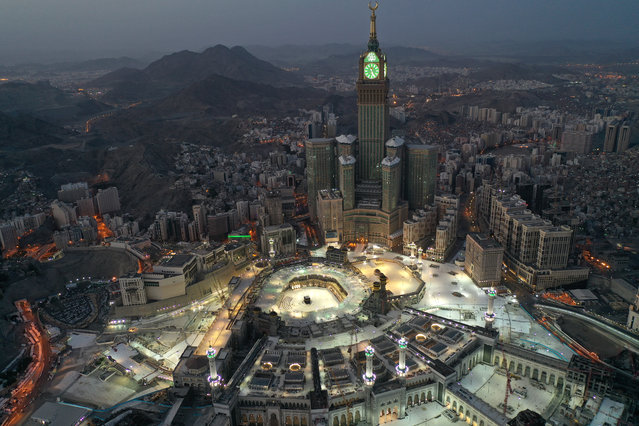 This picture taken on May 24, 2020 during the early hours of Eid al-Fitr, the Muslim holiday which starts at the conclusion of the holy fasting month of Ramadan, shows an aerial view of Saudi Arabia's holy city of Mecca, with the Abraj al-Bait Mecca Royal Clock Tower overlooking the Grand Mosque and Kaaba in the centre. Saudi Arabia began a five-day, round-the-clock curfew from May 23 after COVID-19 coronavirus infections more than quadrupled since the start of Ramadan to around 68,000 – the highest in the Gulf. (Photo by AFP Photo/Stringer) 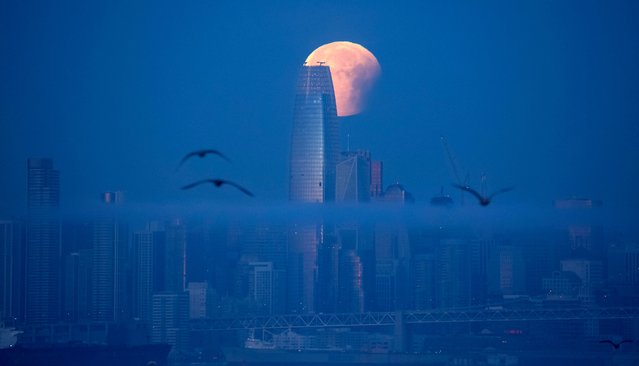 A super blue blood moon is seen setting behind Salesforce Tower in San Francisco, California before dawn on January 31, 2018. Stargazers across large swathes of the globe – from the streets of Los Angeles to the slopes of a smouldering Philippine volcano – had the chance to witness a rare “super blue blood Moon” Wednesday, when Earth's shadow bathed our satellite in a coppery hue. (Photo by Josh Edelson/AFP Photo) 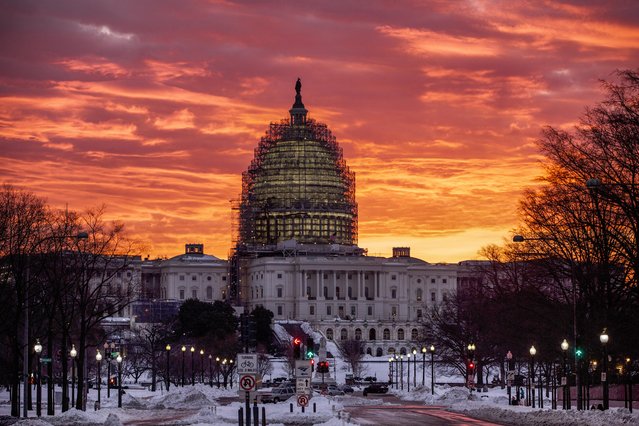 The Capitol in Washington is seen at sunrise, Tuesday, January 26, 2016. (Photo by J. Scott Applewhite/AP Photo) 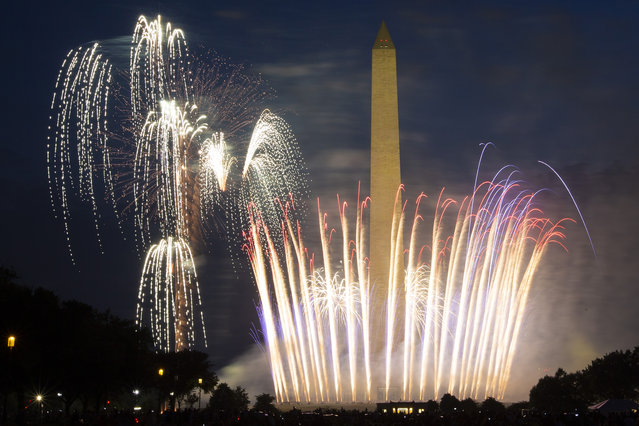 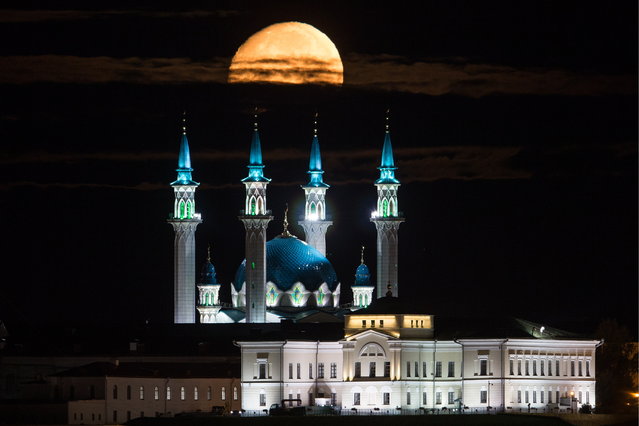 The Moon setting down over the Qolsarif Mosque in the Kazan Kremlin in Kazan, Russia on August 24, 2018. (Photo by Yegor Aleyev/TASS) 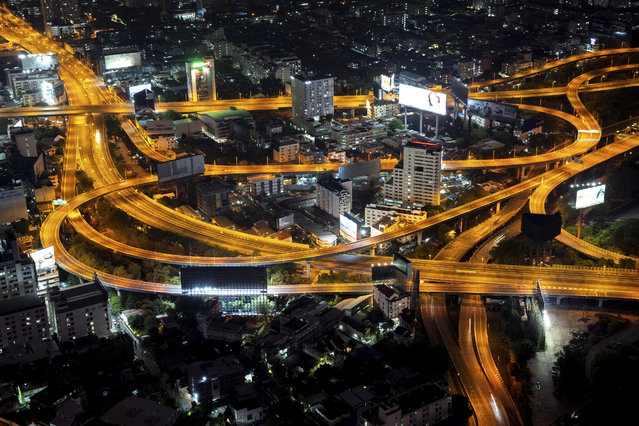 A view of a deserted street is seen from the rooftop of the Baiyoke Sky Hotel during a curfew which was imposed to prevent the spread of the coronavirus disease (COVID-19) in Bangkok, Thailand, April 29, 2020. (Photo by Athit Perawongmetha/Reuters) 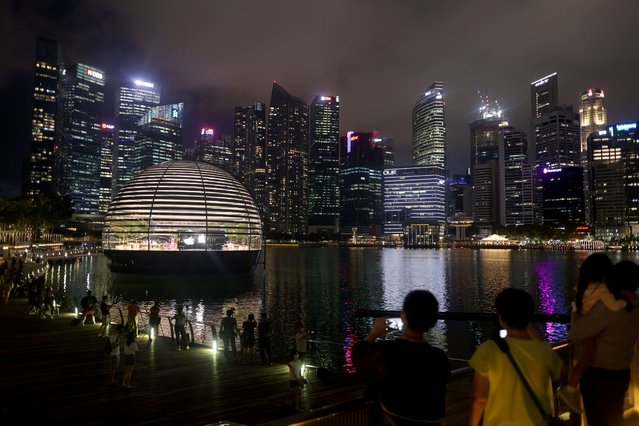 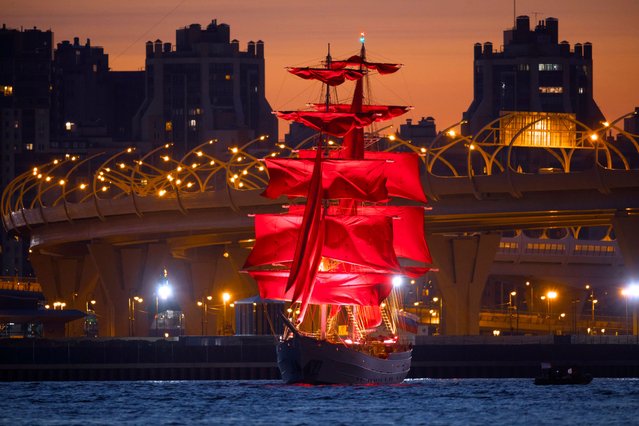 A brig with scarlet sails travels on the Finnish Gulf coast during a rehearsal for the the Scarlet Sails festivities marking school graduation in St. Petersburg, Russia, early Saturday, June 27, 2020. This year the festival will not be held in the city center, but on the Finnish Gulf. Due to the coronavirus pandemic, there will be no spectators but the event will be broadcast on television. (Photo by Dmitri Lovetsky/AP Photo)
Edit Del
23 Nov 2020 00:05:00, post received 0 comments
Publication archive:
←   →
Popular tags:
All tags
Last searches: