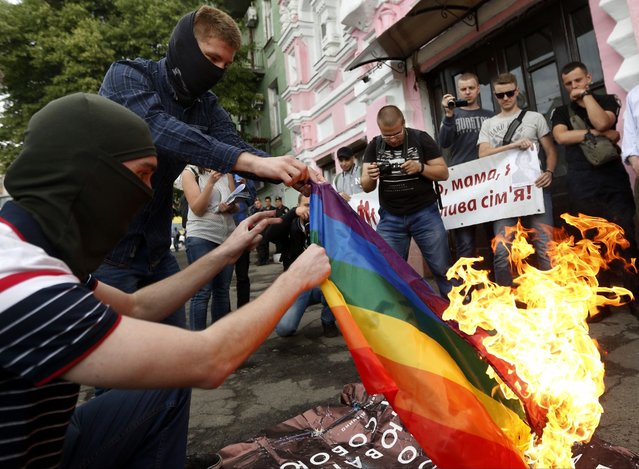 Anti-LGBT protesters burn an LGBT flag at the International Amnesty building during the opening ceremony of the Pride Week in Kyiv, Ukraine, Tuesday, June 13, 2017. Despite the war in Ukraine, the country's largest LGBT rights event, KyivPride, is going ahead on Saturday, June 25, 2022. But not on its native streets and not as a celebration of gay pride. It will instead join Warsaw's yearly Equality Parade, using it as a platform to keep international attention focused on the Ukrainian struggle for freedom. (Photo by Sergei Chuzavkov/AP Photo/File) 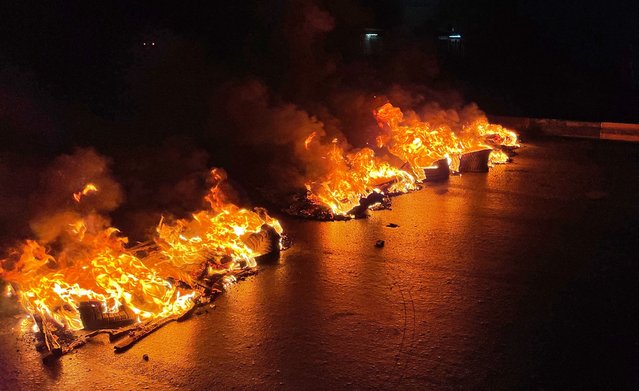 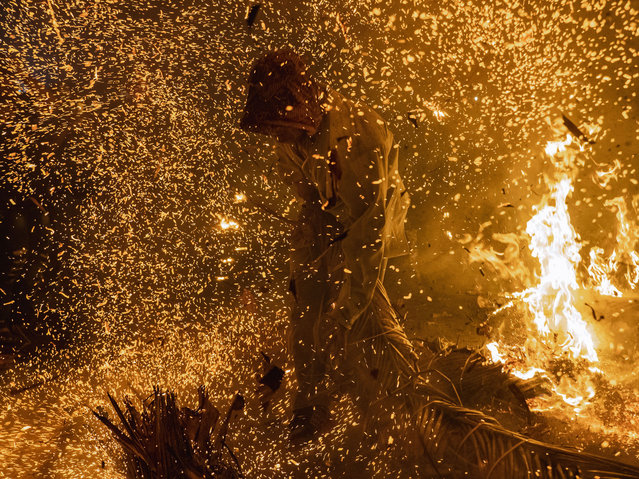 Villagers take part in the torchlight battle at Tegalsambi village on June 20, 2022 in Jepara, Central Java, Indonesia. The torchlight battle is a traditional annual ceremony of Tegalsambi Village. The torch is made from dried coconut fronds and filled with dried banana leaves. The participants hit each other with the torches but are not allowed to hit the opponent's body. Villagers believe that the torch fires bring good health and resist evil. (Photo by Ulet Ifansasti/Getty Images) 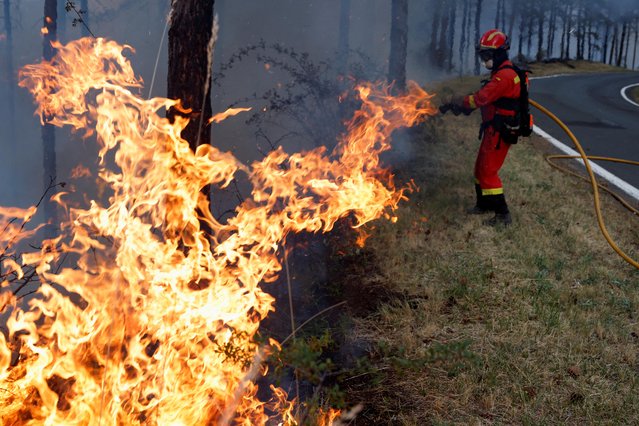 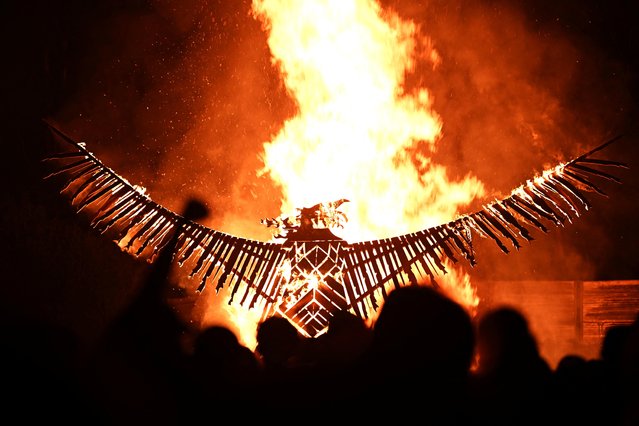 Revellers cheer as a wooden phoenix is burned at Worthy Farm in Somerset during the Glastonbury Festival in Britain, June 22, 2022. (Photo by Dylan Martinez/Reuters) 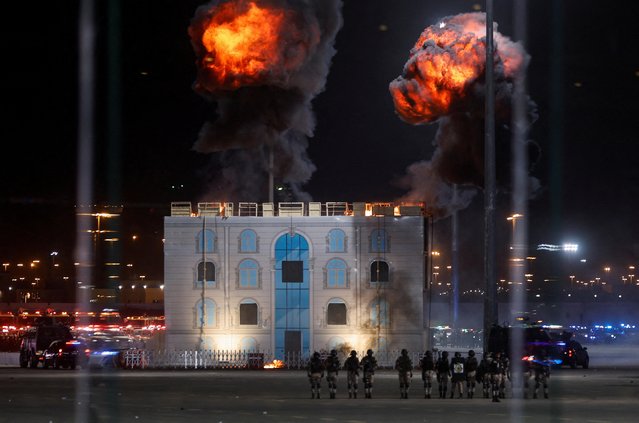 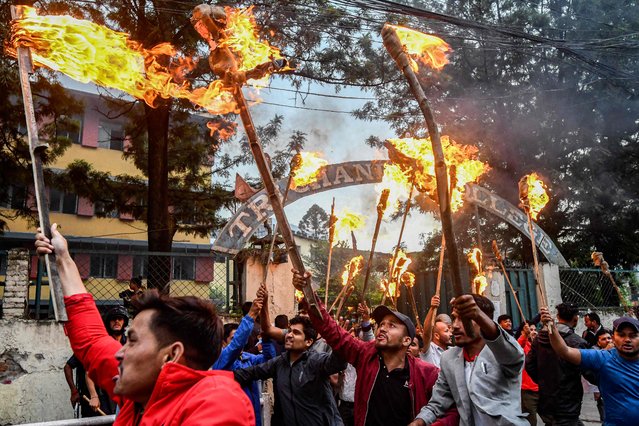 Student activists hold torches and shout slogans during a protest over hike in fuel prices in Kathmandu on June 20, 2022. (Photo by Prakash Mathema/AFP Photo) 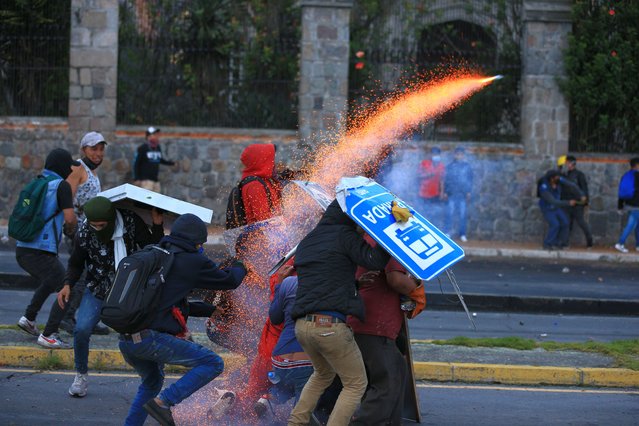 Demonstrators set up barricades to protect themselves during clashes with members of the police around the House of Culture in Quito, Ecuador, 23 June 2022. The center of Quito once again became the scene of intense clashes between the Ecuadorian Police and the demonstrators who, for the eleventh consecutive day, participated in the protests against the high cost of living and the economic policies of the Government of President Guillermo Lasso. (Photo by Jose Jacome/EPA/EFE) 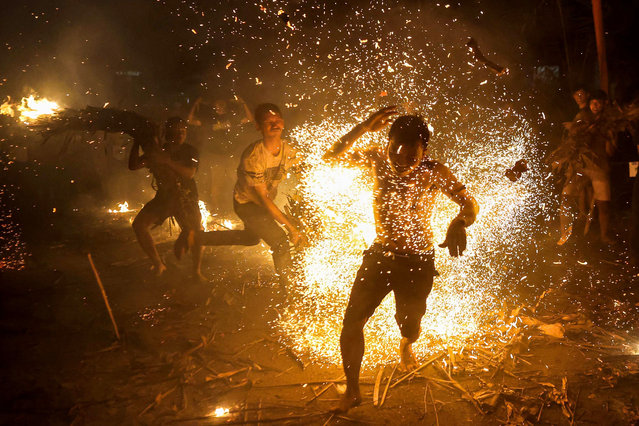 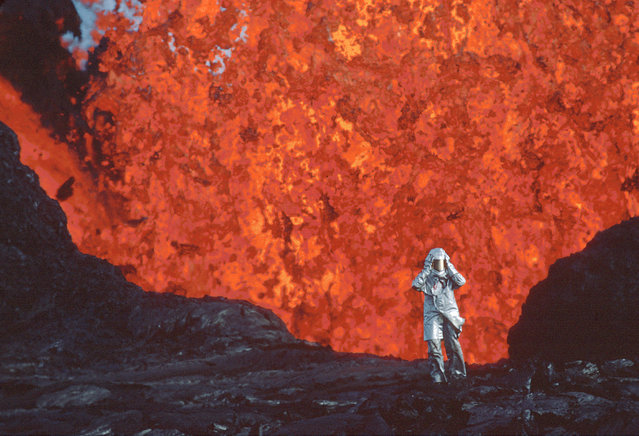 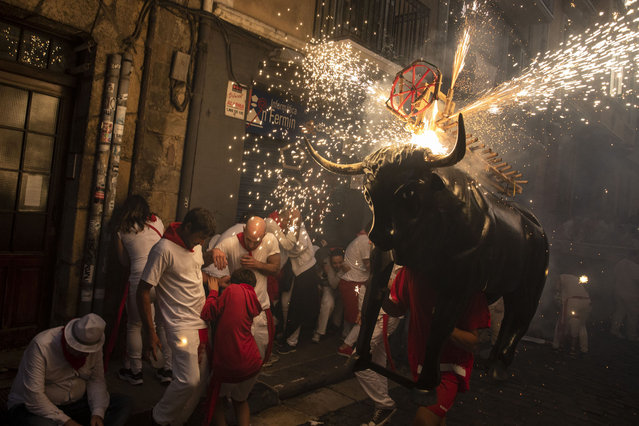 People and children are chased by the “Toro de Fuego” (flaming bull) as it runs through the streets during the opening day or “Chupinazo” of the San Fermin Running of the Bulls fiesta on July 06, 2022 in Pamplona, Spain. The iconic Spanish festival has resumed in earnest this year after being twice cancelled due to Covid-19. (Photo by Pablo Blazquez Dominguez/Getty Images) 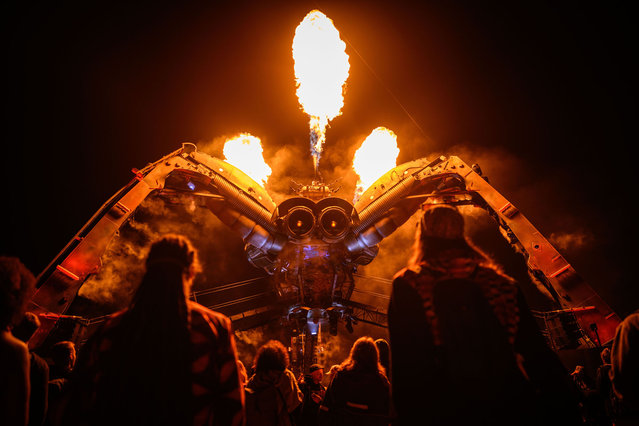 Festival-goers enjoy the spectacle of the Arcadia DJ stage during day five of Glastonbury Festival at Worthy Farm, Pilton on June 26, 2022 in Glastonbury, England. (Photo by Leon Neal/Getty Images) 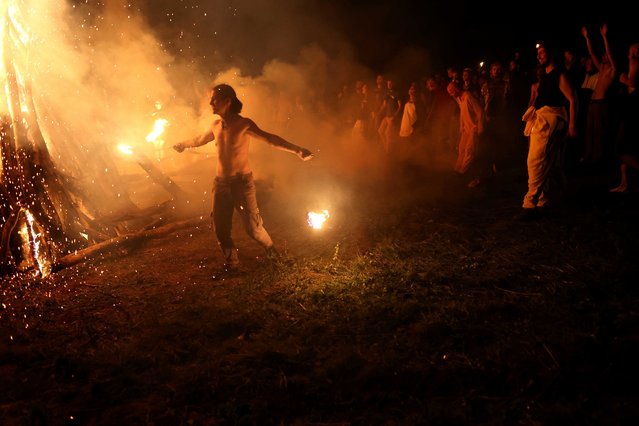 A man dances with fire around the main fire while attending the Shypit festival in the Carpathian Mountains on July 06, 2022 in Podobovets, Ukraine. (Photo by Scott Olson/Getty Images) 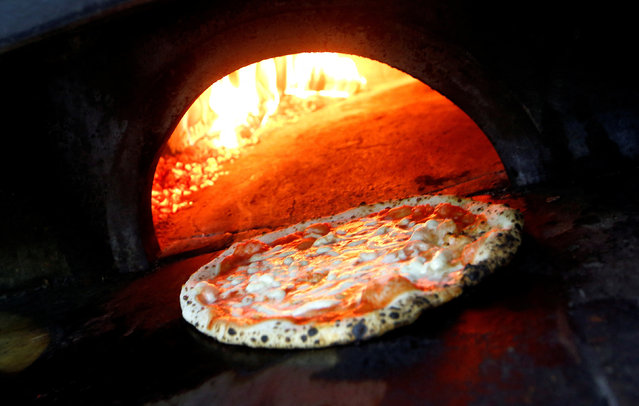 Pizza Margherita is prepared in a wood-fired oven at L'Antica Pizzeria da Michele in Naples, Italy on December 6, 2017. (Photo by Ciro De Luca/Reuters) 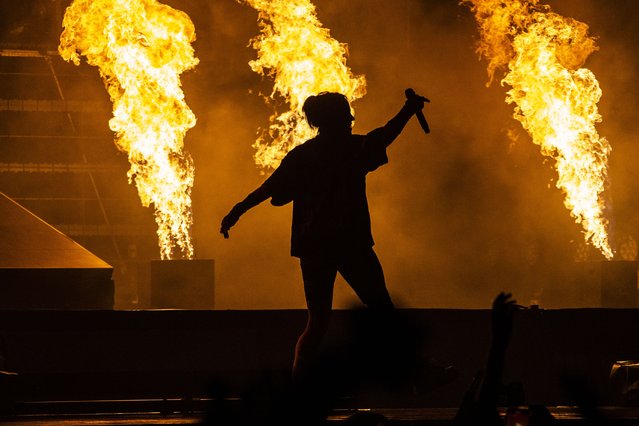