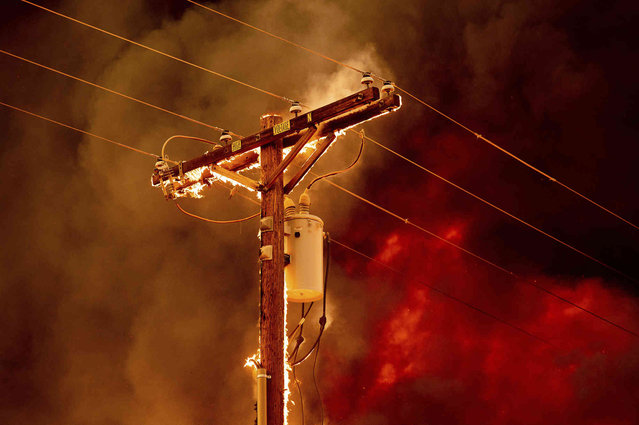 Fire burns along a power pole as the Sugar Fire, part of the Beckwourth Complex Fire, tears through central Doyle, Calif., on Saturday, July 10, 2021. (Photo by Noah Berger/AP Photo) 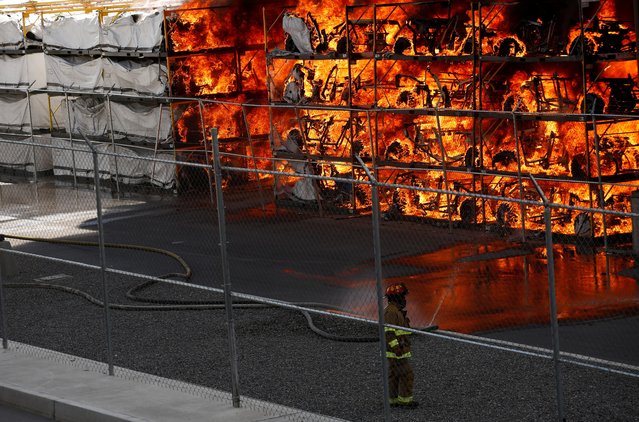 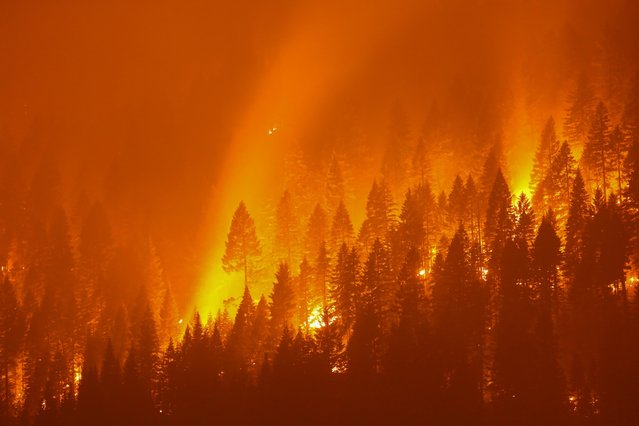 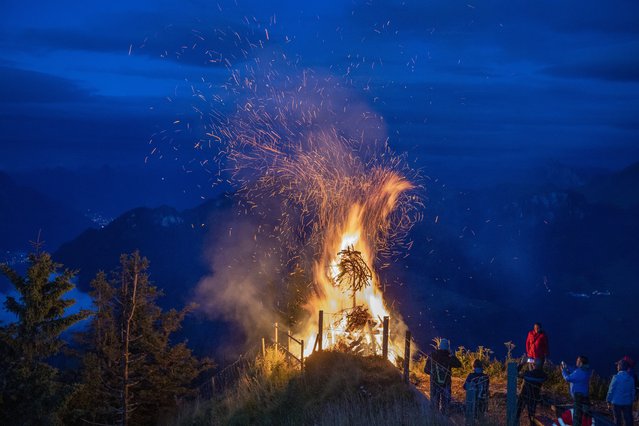 A traditional high altitude bonfire burns on the occasion of the Swiss National Day on the “Stanserhorn” mountain near Stans, Switzerland, Sunday, August 1, 2021. (Photo by Urs Flueeler/Keystone) 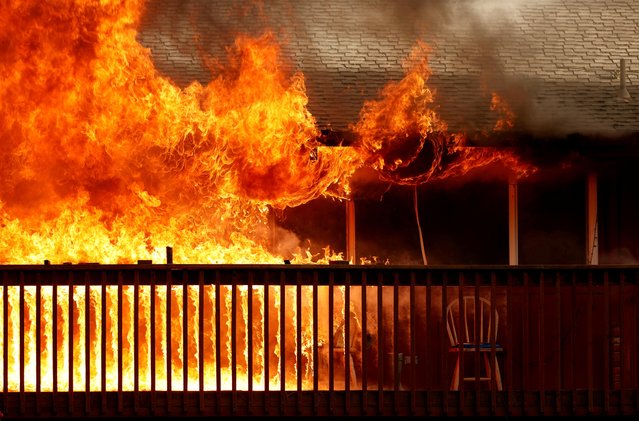 Flames makes their way across the front deck of a home in the path of the River Fire, a wildfire burning in Grass Valley, California, U.S., August 4, 2021. (Photo by Fred Greaves/Reuters) 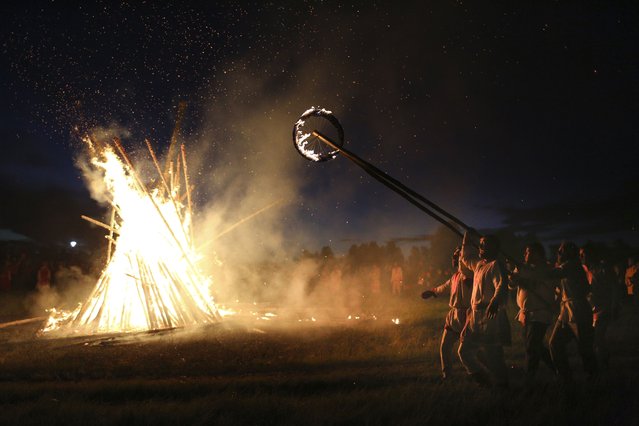 People walk around a bonfire celebrating the summer solstice around a bonfire in Okunevo village, some 200 kilometers (124 miles) north-east from Siberian city of Omsk, Russia, Monday, June 21, 2021. The festivities of Ivan Kupala, or John the Baptist, are similar to Mardi Gras and reflect pre-Christian Slavic traditions and practices. (Photo by Evgeniy Sofiychuk/AP Photo) 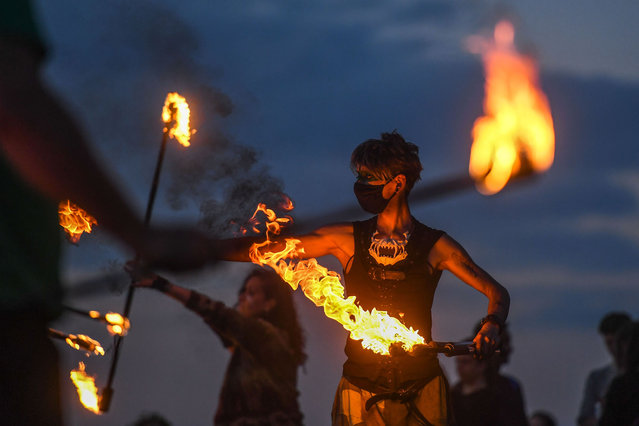 Performers from Fire Club Edinburgh mark the summer solstice during a fire festival on Calton Hill on June 21, 2021 in Edinburgh, United Kingdom. The summer solstice is the longest day in the northern hemisphere and has inspired a range of folkloric traditions across Europe. (Photo by Peter Summers/Getty Images) 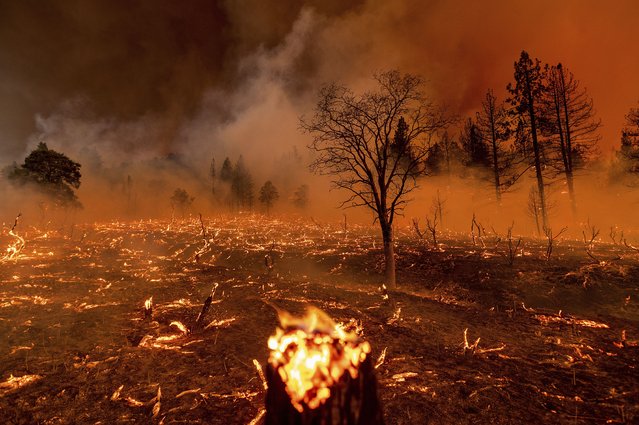 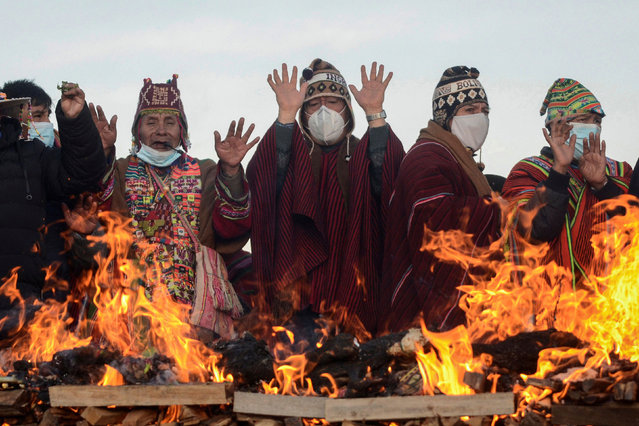 Bolivia's President Luis Arce raises his hands during an ancestral ceremony to ring in the Aymara New Year, in Tiwanaku, Bolivia on June 21, 2021. (Photo by Claudia Morales/Reuters) 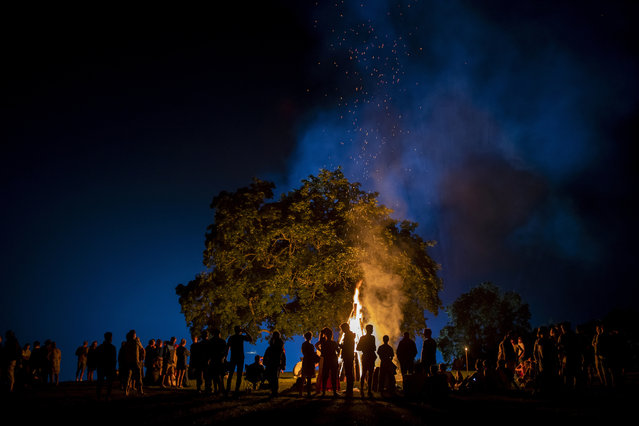 People stand around a bonfire during a celebration of Saint John's Day and Summer solstice at the small town of Kernave, some 35km (74,5 miles) northwest of the capital Vilnius, Lithuania, Thursday, June 24, 2021. St. John's Day or Midsummer Day, shortest night of the year, is filled with magic – the festivities include making oak leaf wreaths and leaping over flames, and young people are encouraged to go out and look for fern flowers. (Photo by Mindaugas Kulbis/AP Photo) 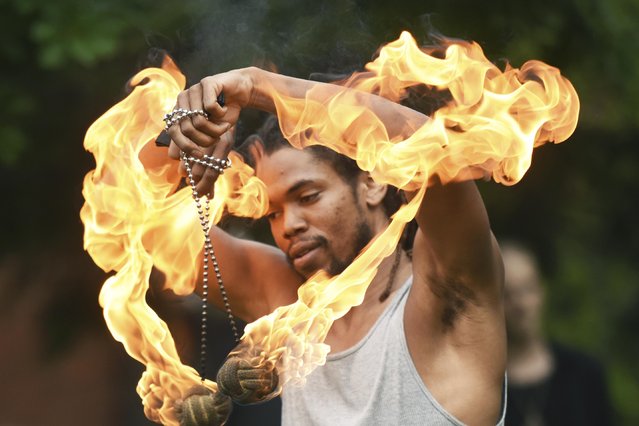 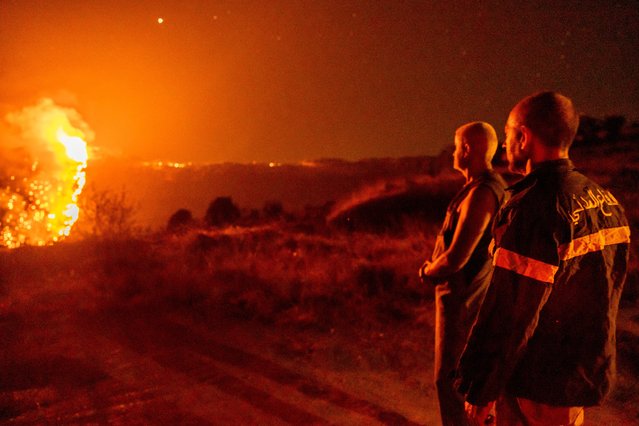 Civil Defense personnel monitor a wildfire burning through hills on July 28, 2021 in Qobayat, Lebanon. A Lebanese teenager was killed as he joined volunteers battling to fight the fire. (Photo by Ethan Swope/Getty Images) 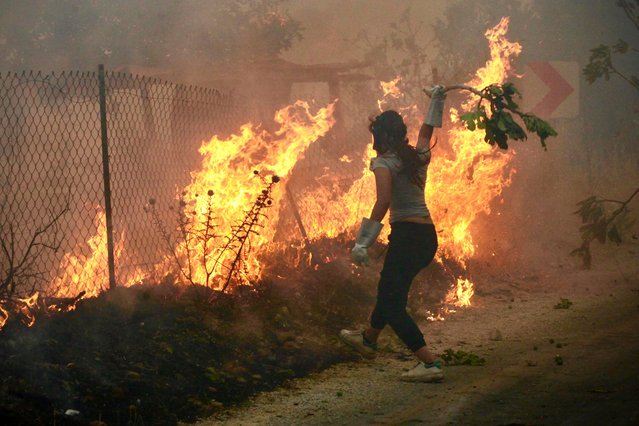 Inhabitants use branches to put out a fire spreading in the Aegean coast city of Oren, near Milas, in the holiday region of Mugla on August 3, 2021 as Turkey struggles against its deadliest wildfires in decades. The nation of 84 million has been transfixed in horror as the most destructive wildfires in generations erase pristine forests and rich farmland across swaths of Turkey's Mediterranean and Aegean coasts. Tourists have been forced to escape on boats for safety and dozens of villages have been evacuated as wild winds and soaring heat fan the flames. (Photo by AFP Photo/Stringer) 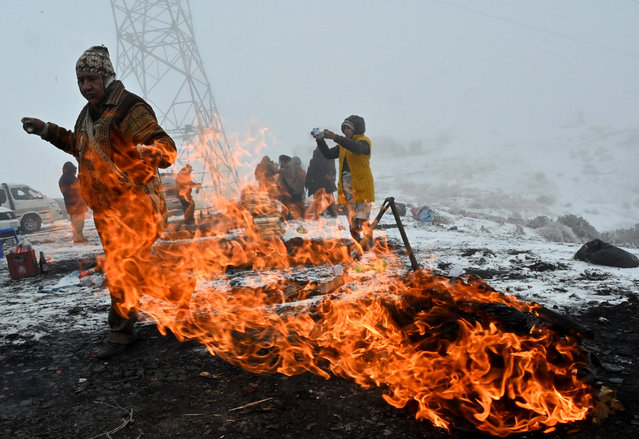 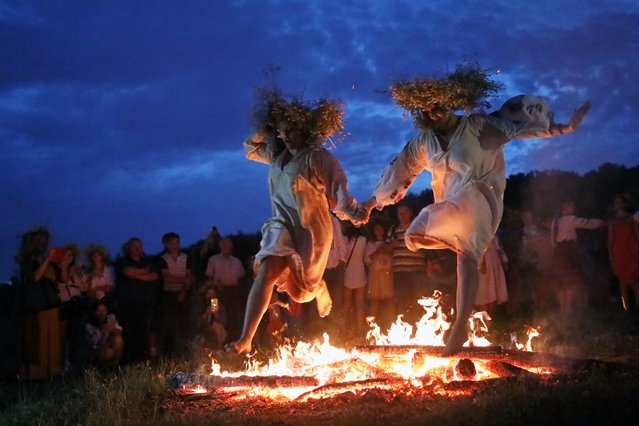