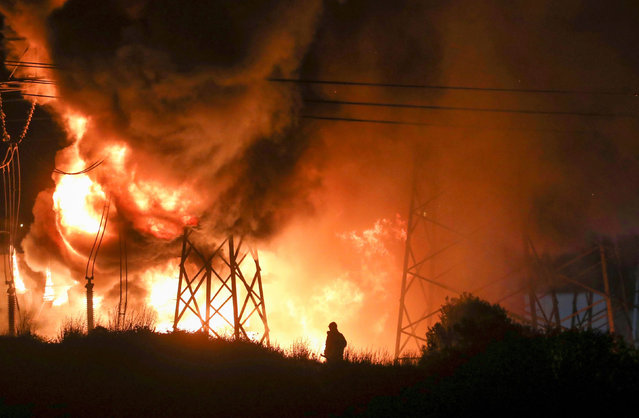 Flames and smoke rise over a high-voltage power station after a fire broke out in Aspropyrgos near Athens, Greece, February 8, 2021. (Photo by Costas Baltas/Reuters) 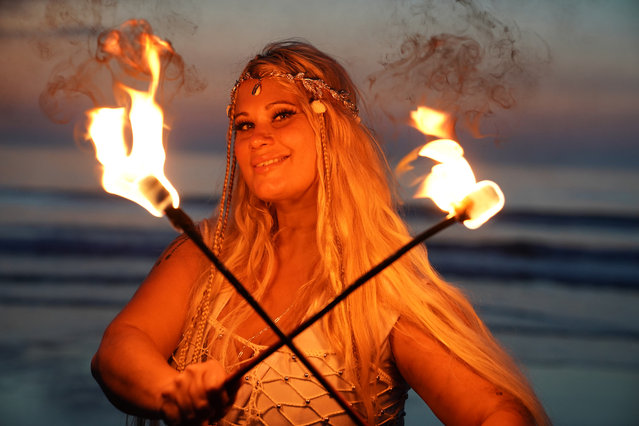 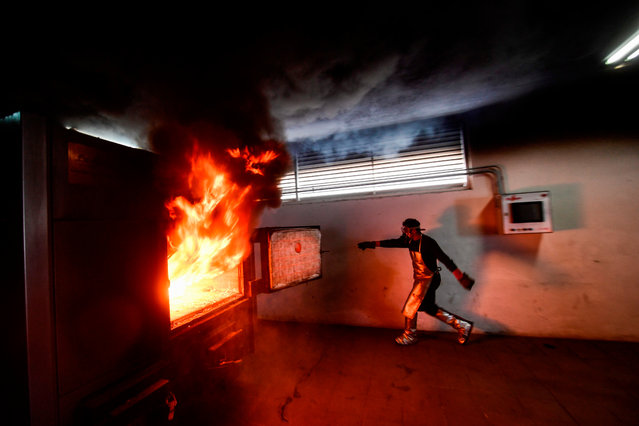 An employee closes the cremation oven during the cremation of the body of a victim of COVID-19 at the Nezahualcoyotl Municipal Cemetery, Mexico state, Mexico, on January 20, 2021. Mexico has officially recorded more than 140,000 Covid-19 deaths – the world's fourth-highest toll after the United States, Brazil and India. (Photo by PPedro Pardo/AFP Photo) 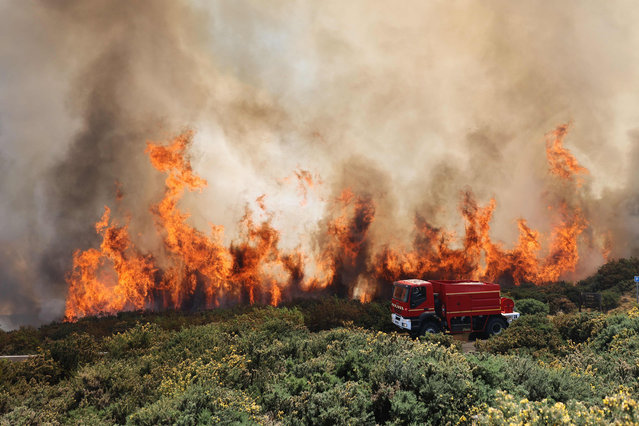 A firefighter vehicle is seen next to a fire near Saint-Paul, on the French Indian Ocean island of La Reunion, on November 8, 2020. A fire, going on for three days in Reunion Island, has so far ravaged more than 200 hectares of vegetation in the Maido massif, a reservoir of biodiversity in the west of the island. (Photo by Richard Bouhet/AFP Photo) 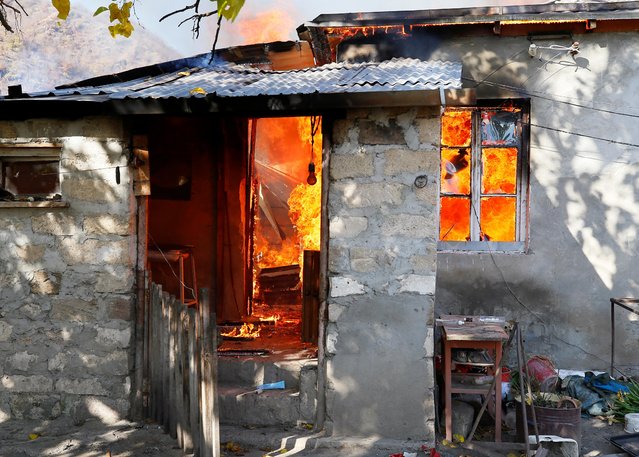 A house is set on fire by departing ethnic Armenians in the village of Cherektar, November 14, 2020. Nestled in the mountains, Charektar is a small village in the Kalbajar district of Azerbaijan, which borders Nagorno-Karabakh. It is internationally recognized as part of Azerbaijan, but has been controlled by ethnic Armenians since a war over Nagorno-Karabakh in the 1990s. On Sunday, the Azeris were set to return and take back control of the area. (Photo by Reuters/Stringer) 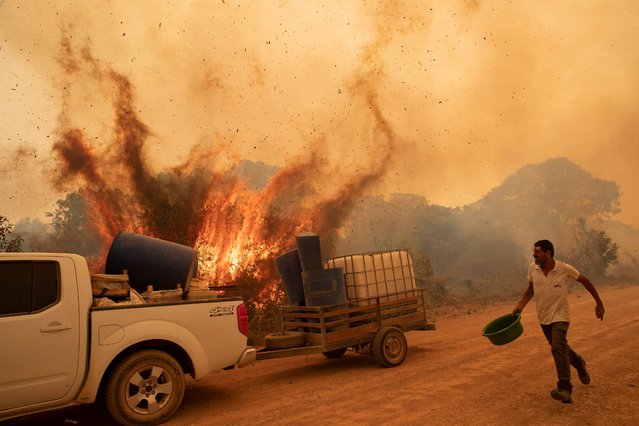 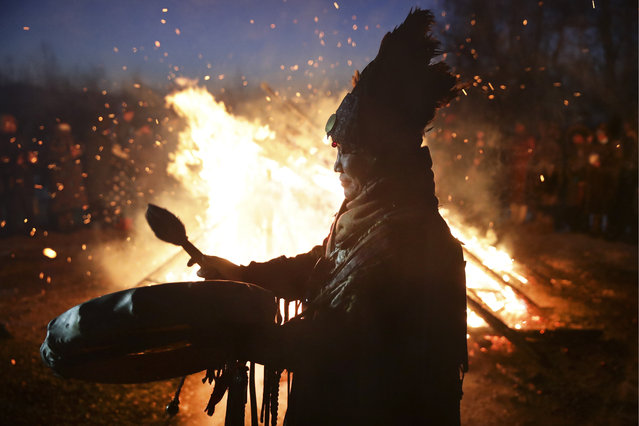 A shaman conducts San Salyr, a sacred fire lighting rite, during celebrations of Shagaa, the Lunar New Year, in National Park in Tyva Republic, Russia on February 12, 2021. Lunar New Year 2021 is the Year of the Ox. (Photo by Kirill Kukhmar/TASS) 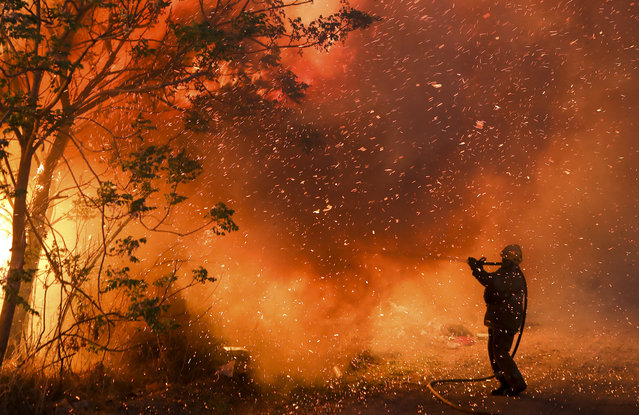 A firefighter battles flames in Cordoba, Argentina, Monday, October 12, 2020. Wildfires have destroyed thousands of hectares in the Argentine province of Cordoba this year, amid a drought and high temperatures. (Photo by Nicolas Aguilera/AP Photo) 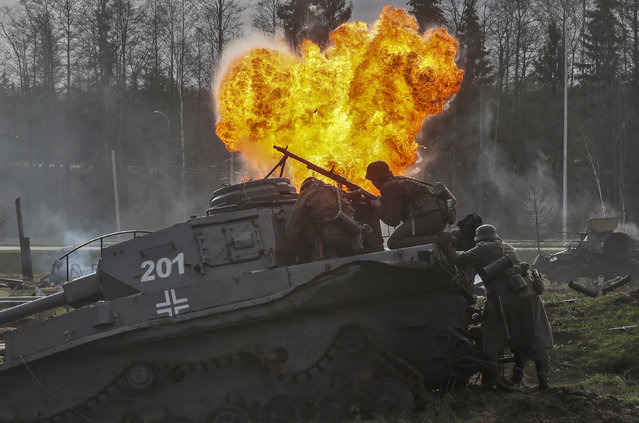 Members of a historical society wearing Nazi German WWII style uniforms take part in the re-enactment of the battles for Moscow in the year 1941 during the Second World War (WWII), at the museum complex “Memory Road” near the main temple of the Russian Armed Forces in the Patriot Park in Alabino, outside Moscow, Russia, 07 November 2020. During the Soviet times, the military parade of 07 November was the central holiday of the year and marked the Great October Bolshevik revolution. (Photo by Sergei Ilnitsky/EPA/EFE) 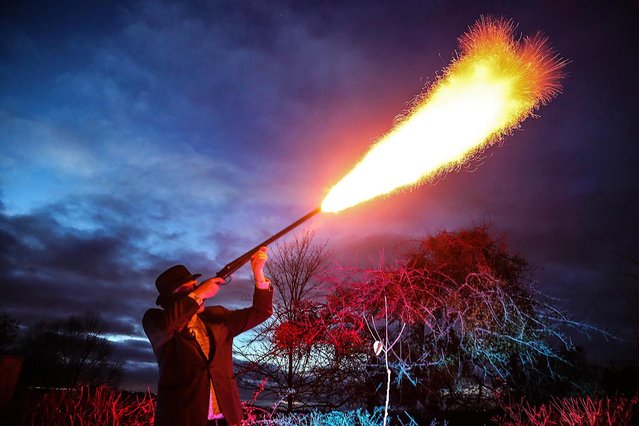 Wassailing celebrations get under way in Wedmore, Somerset on January 12, 2021. The tradition of the orchard-visiting wassail dates back hundreds of years with the custom of visiting orchards in cider-producing regions of England, reciting incantations and singing to the trees to promote a good harvest for the coming year. (Photo by Apex News) 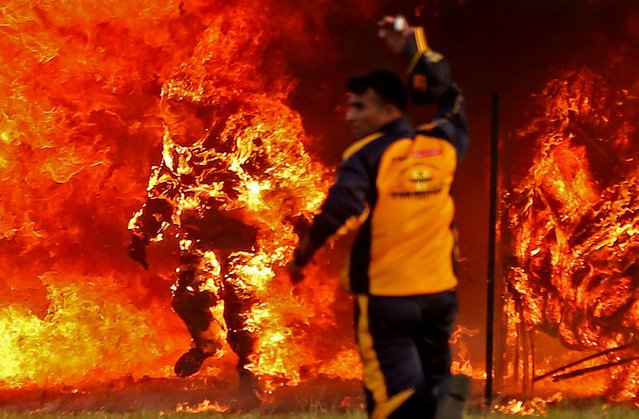 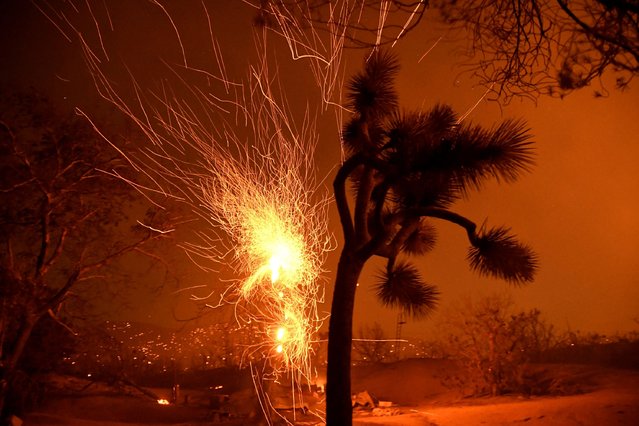 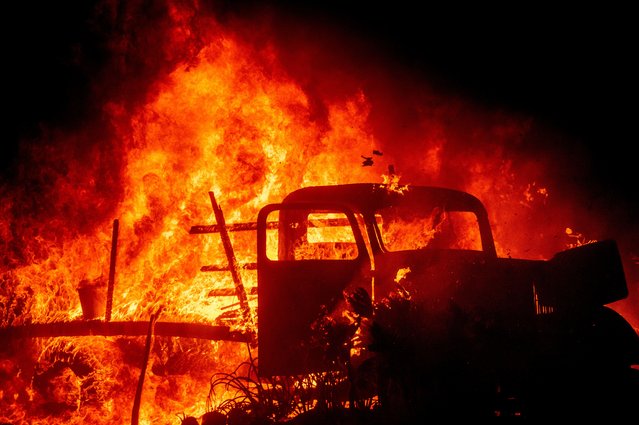 Flames consume a vintage truck as the Bond Fire burns through the Silverado community in Orange County, Calif., on Thursday, December 3, 2020. (Photo by Noah Berger/AP Photo) 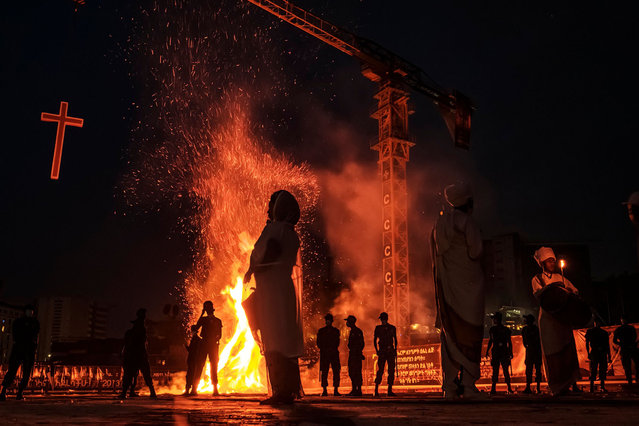 People stand in front of a bonfire during the celebration of the eve of the Ethiopian Orthodox holiday of Meskel, that commemorates the discovery in the fourth century of the True Cross by the Roman Empress Helena, in Addis Ababa, on September 26, 2020. Like most countries around the world, this annual religious event is being attended by the clergy and members of the choir only, with no public audience due to the novel coronavirus, Covid-19 pandemic. (Photo by Eduardo Soteras/AFP Photo) 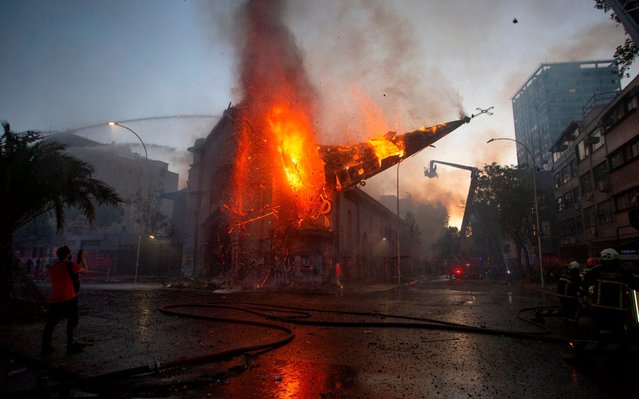 The dome of the church of Asuncion falls down burning in flames after being set on fire by demonstrators on the commemoration of the first anniversary of the social uprising in Chile, in Santiago, on October 18, 2020, as the country prepares for a landmark referendum. (Photo by Claudio Reyes/AFP Photo)
Edit Del
21 Feb 2021 08:39:00, post received 0 comments
Publication archive:
←   →
Popular tags:
All tags
Last searches: