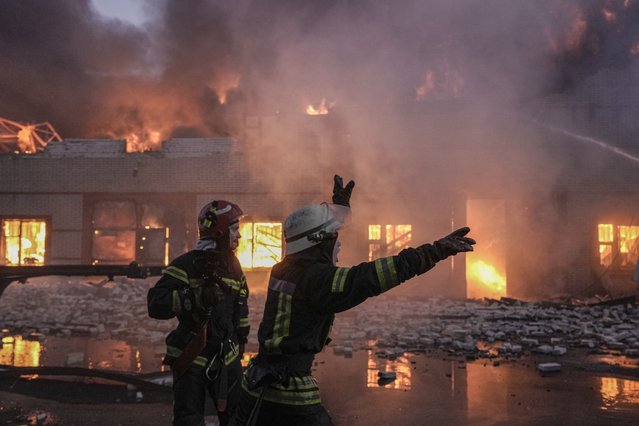 Ukrainian firefighters extinguish a blaze at a warehouse after a bombing in Kyiv, Ukraine, Thursday, March 17, 2022. Russian forces destroyed a theater in Mariupol where hundreds of people were sheltering Wednesday and rained fire on other cities, Ukrainian authorities said, even as the two sides projected optimism over efforts to negotiate an end to the fighting. (Photo by Vadim Ghirda/AP Photo) 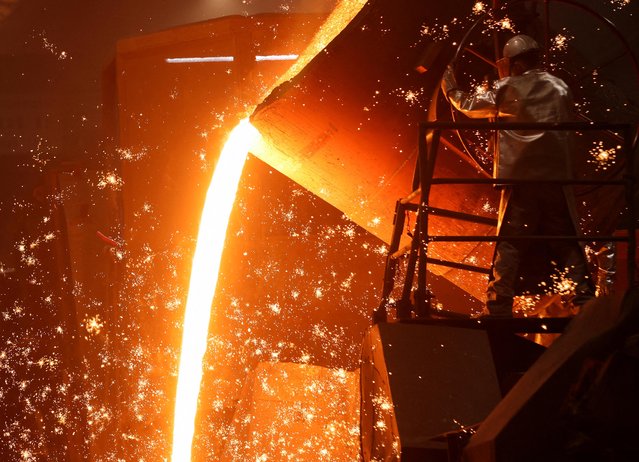 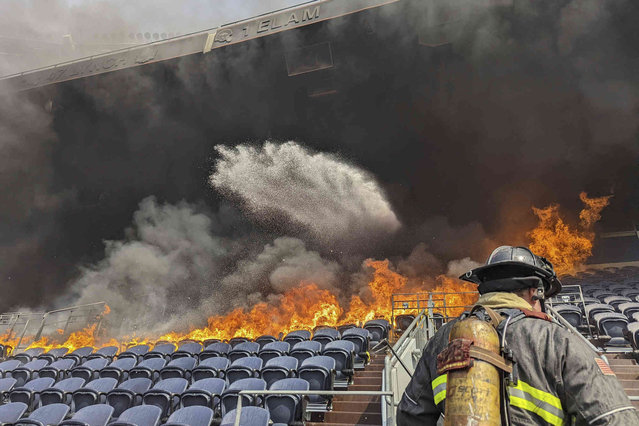 In this photo provided by the Denver Fire Department, firefighters battle flames at Empower Field at Mile High stadium in Denver, Thursday, March 24, 2022. Firefighters have extinguished a blaze that torched several rows of seats and a suite area at the Denver Broncos' stadium. The fire broke out in the third-level and burned at least six rows of seats in two sections. (Photo by Denver Fire Department via AP Photo) 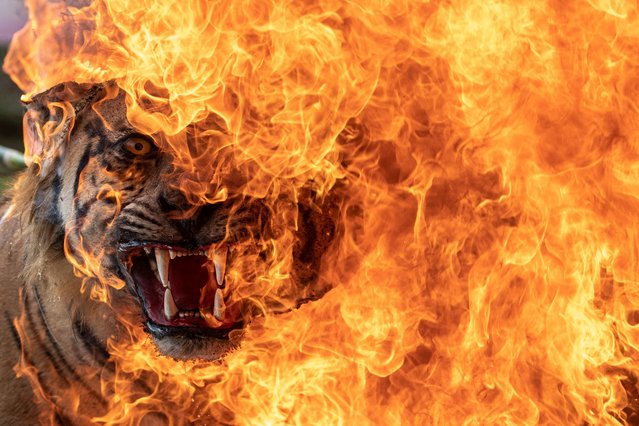 A preserved Sumatran Tiger (Panthera tigris sumatrae) that was collected by the Natural Resources Conservation Board (BKSDA) as evidence is burnt in Palembang, Indonesia on March 18, 2022. (Photo by Novaa Wahyudi/Antara Foto via Reuters) 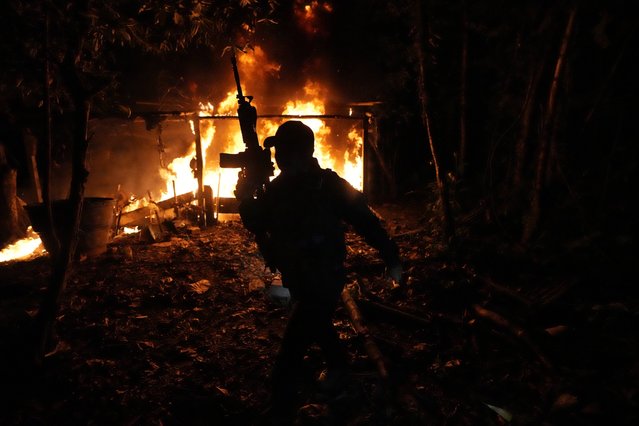 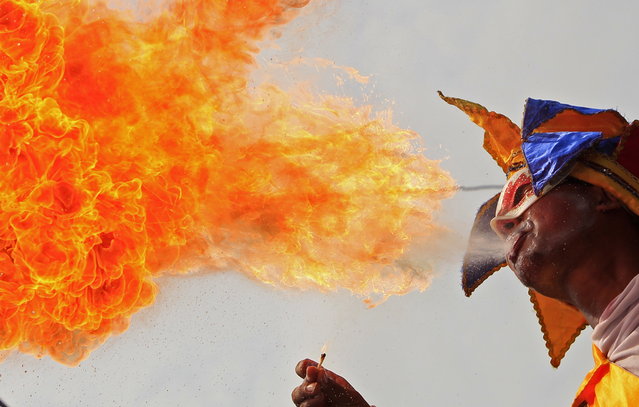 Participants of a comparsa parade in the Battle of Flowers of the Barranquilla Carnival, during the first of four days in which the city dresses up under the motto that “Who lives it is who enjoys it” in Barranquilla, Colombia, 26 March 2022. The traditional carnival, considered one of the ten best in the world, returned strengthened and with massive attendance after being suspended for two years due to the covid-19 pandemic. (Photo by Ricardo Maldonado Rozo/EPA/EFE) 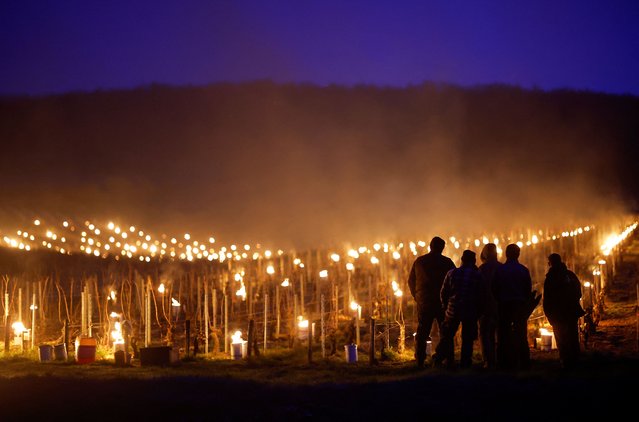 Wine growers gather as heaters are lit early in the morning to protect vineyards from frost damage outside Chablis, France, April 3, 2022. (Photo by Stephane Mahe/Reuters) 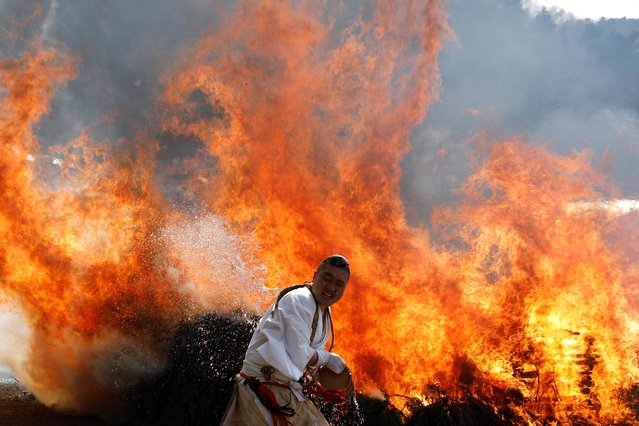 A Buddhist monk splashes water on a bonfire at the fire-walking festival, called Hiwatari Matsuri in Japanese, at Mt.Takao in Tokyo, Japan, March 13, 2022. About 1,500 Japanese worshipers walk barefoot with Buddhist monks over coals at the annual festival praying for the safety of themselves, to overcome the coronavirus disease (COVID-19) pandemic and for peace in the world, Takao-san Yakuo-in Buddhist temple said. (Photo by Kim Kyung-Hoon/Reuters) 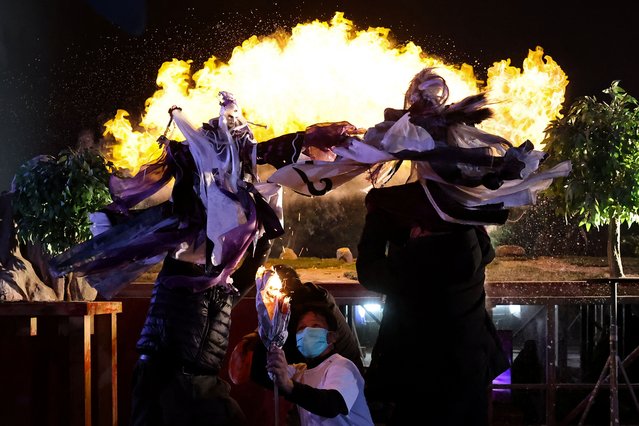 Two Pili puppet characters battle each other while a staff member lights a fire as a special effect during a demonstration at their filming studio in Yunlin, Taiwan, February 18, 2022. (Photo by Ann Wang/Reuters) 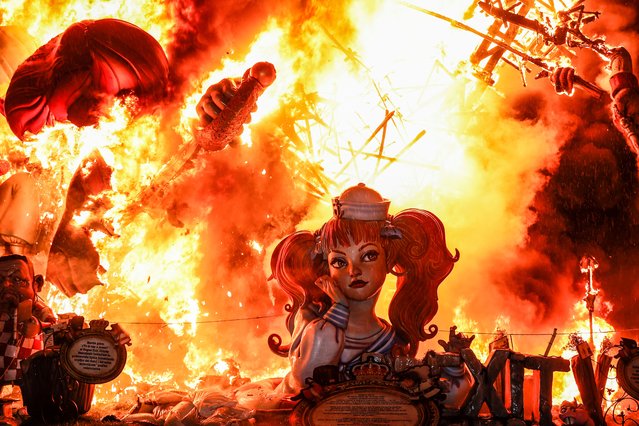 A falla, of a girl with pigtails and dressed as a sailor, is burned during the Crema, on 20 March, 2022 in Valencia, Valencian Community, Spain. The crema is the act of setting fire to the monuments of the Fallas, with which this festivity ends. The Valencian festival of Las Fallas, declared Intangible Heritage of Unesco since 2016, has returned after two years without being able to be celebrated as a result of the pandemic and a minimum schedule in September 2021 to burn the monuments of 2020. (Photo By Rober Solsona/Europa Press via Getty Images) 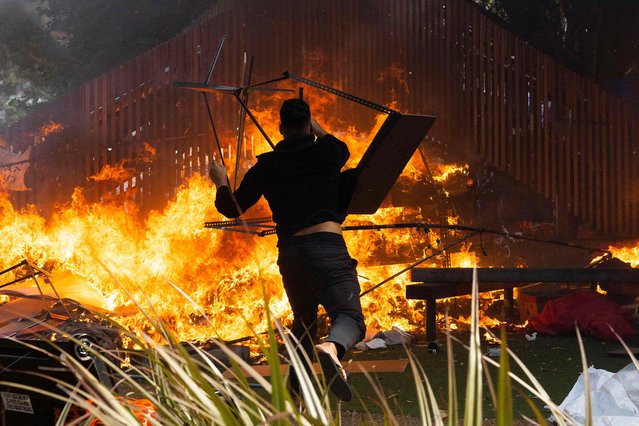 A man throws a desk onto a fire that rages on the grounds in front of Parliament as police move in to clear protesters in Wellington on March 2, 2022, on day twenty three of demonstrations against Covid-19 vaccine mandates and restrictions. (Photo by Marty Melville/AFP Photo) 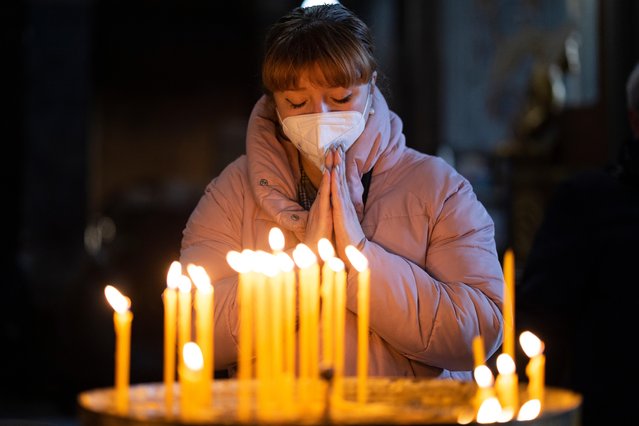 The congregation gathers and light candles during a Sunday service at the Saint's Peter and Paul Garrison Church on March 6, 2022 in Lviv, Ukraine. More than a million people have fled Ukraine following Russia's large-scale assault on the country, with hundreds of thousands of Ukrainians passing through Lviv on their way to Poland. (Photo by Dan Kitwood/Getty Images) 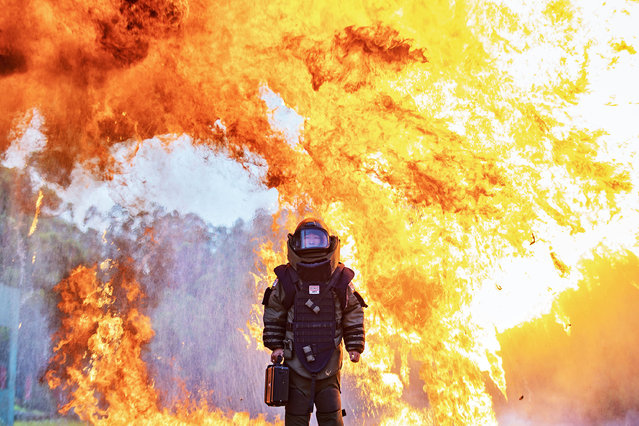 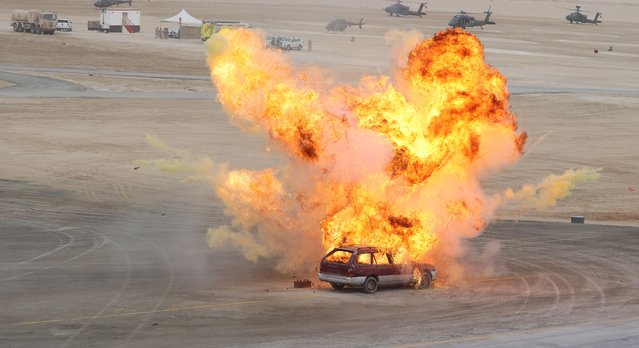 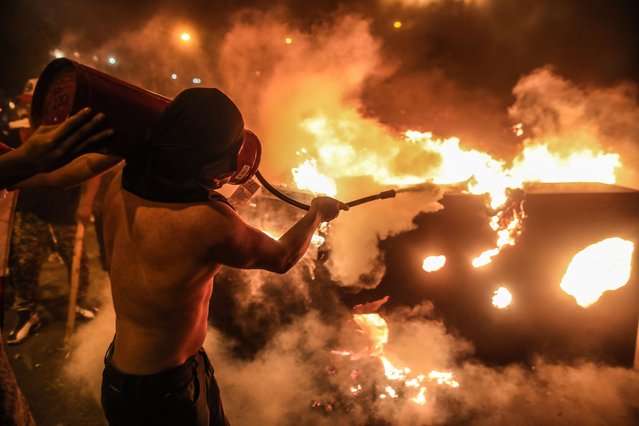 A protester tries to put out a fire during a demonstration outside the headquarters of the Supreme Court, in Lima, Peru, 05 April 2022. Thousands of Peruvians defied the curfew ordered by President Pedro Castillo for Lima and its neighboring province of Callao and demonstrated in the capital to demand the president's resignation. (Photo by Aldair Mejia/EPA/EFE)
Edit Del
26 May 2022 04:34:00, post received 0 comments
Publication archive:
←   →
Popular tags:
All tags
Last searches: