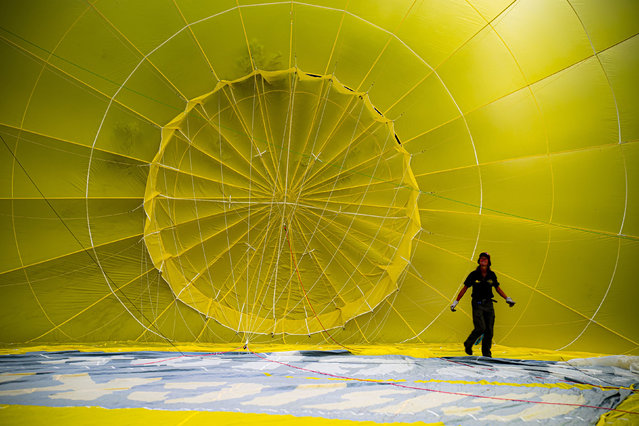 A pilot checks the rigging inside a hot air balloon canopy as they prepare to take off from Queen Square in Bristol during Fiesta Fortnight as part of the Bristol International Balloon Fiesta on Wednesday, August 11, 2021. (Photo by Ben Birchall/PA Images via Getty Images) 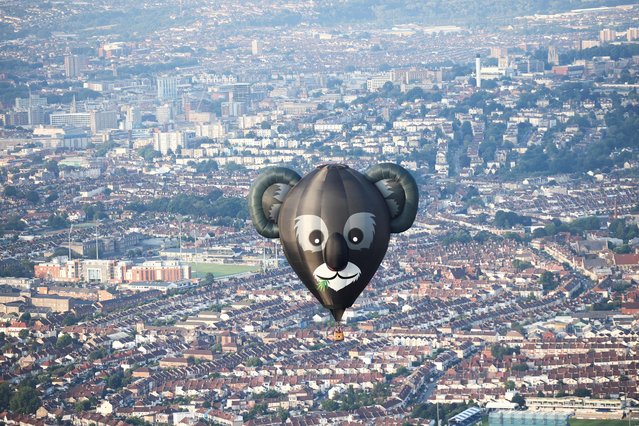 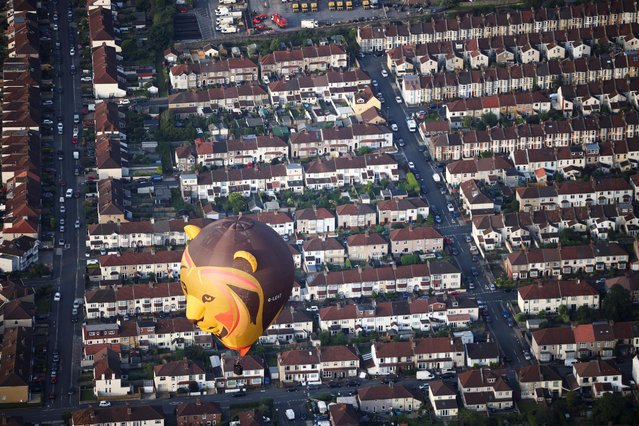 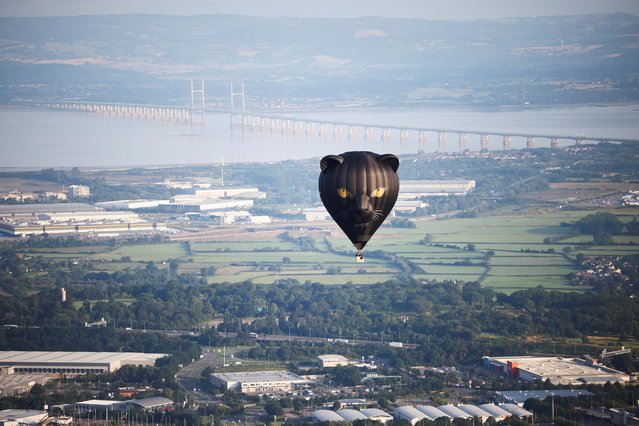 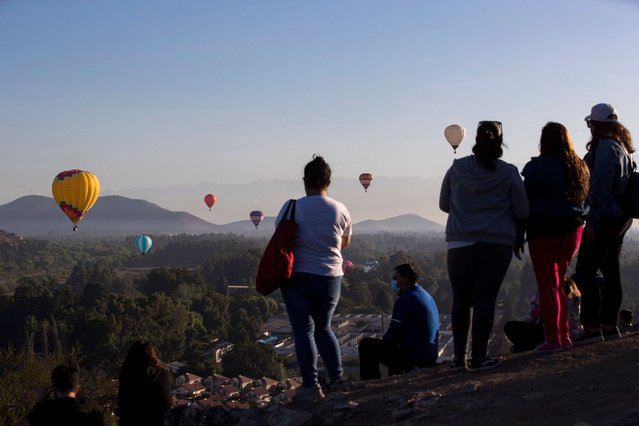 People look at hot air balloons during a festival held in Penaflor, on the outskirts of Santiago, on February 4, 2022. The Cumbres Balloon Festival is the first of its kind to be held in Chile. (Photo by Javier Torres/AFP Photo) 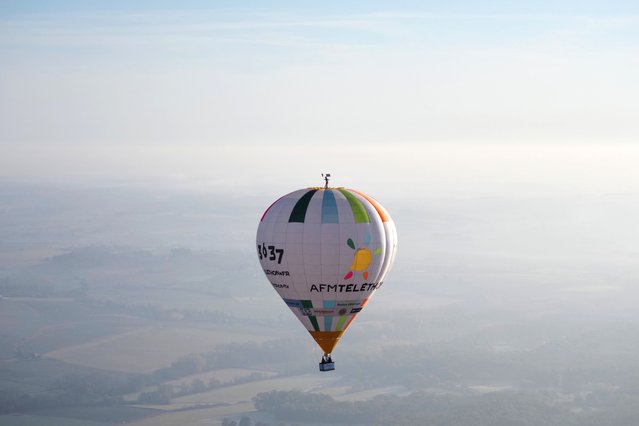 French balloonist Remi Ouvrard attempts to set a world record by standing on the top of a hot air balloon for the Telethon at an altitude of over 3637 meters on November 10, 2021 in Chatellerault, western France. The altitude should be the same of the phone number of the Telethon campaign 36-37. (Photo by Guillaume Souvant/AFP Photo) 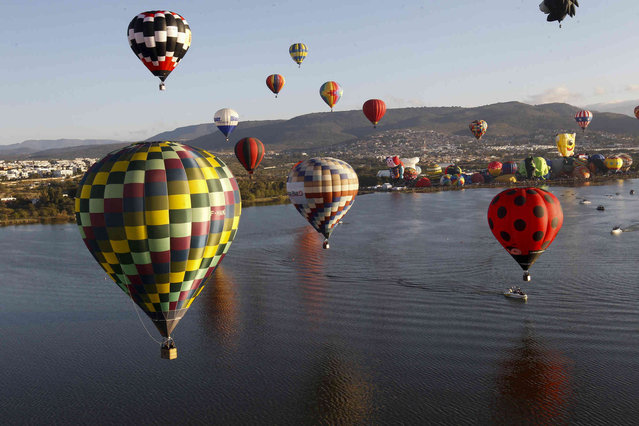 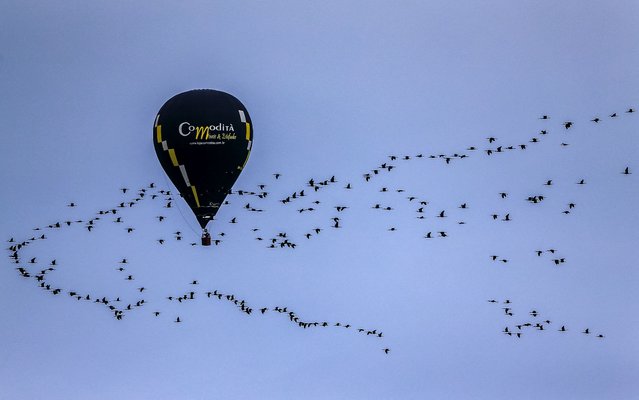 A hot air balloon flies over the city of Torres, in the south of Brazil, during the 34th Brazilian Ballooning Championship on October 17, 2021. (Photo by Silvio Avila/AFP Photo) 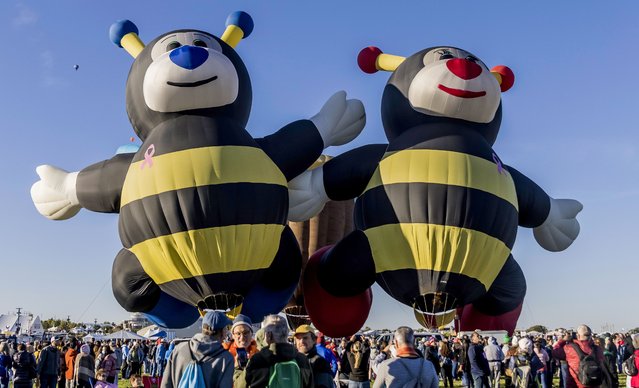 Joey and Lilly, the Little Bees balloons, attract crowds during the international balloon fiesta in Albuquerque, US on October 4, 2021. (Photo by Mike Sandoval/AP Photo) 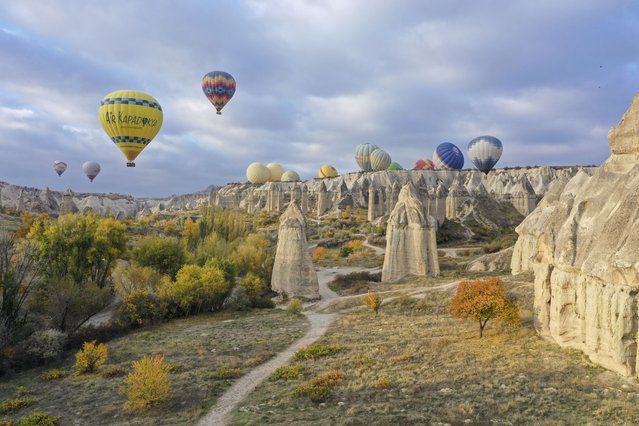 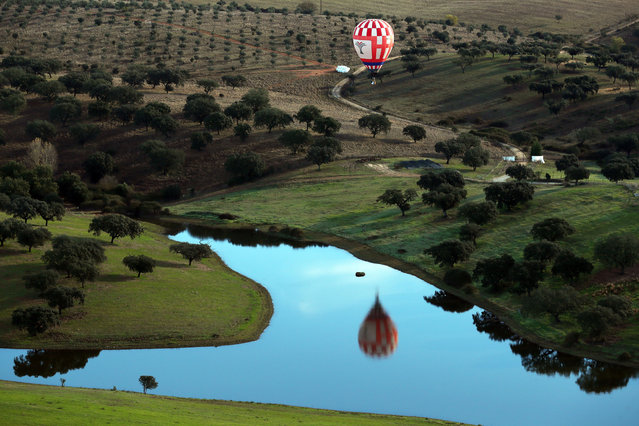 A balloon flies in the air during the 24th International Hot Air Balloon Festival near Alter do Chao, northern Alentejo, Portugal, 09 November 2021. The ballooning event takes place at various locations in Portugal until the 14 November 2021. (Photo by Nuno Veiga/EPA/EFE) 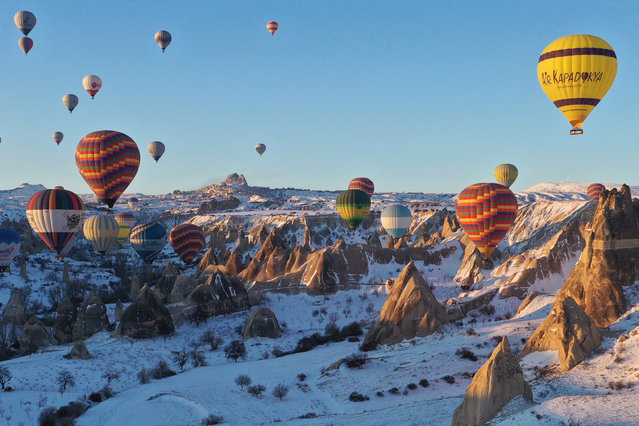 Hot-air balloons glide over snow covered fairy chimneys in the Cappadocia in Goreme district of Nevsehir, Turkiye on February 11, 2022. Cappadocia is one of the vital tourism regions of Turkiye. Tourists join the hot air balloon tour and watch the natural beauties from the sky. It is considered the center of hot air ballooning globally, as it can fly 250 days a year. Cappadocia on the UNESCO World Heritage List receives tourists from various countries for 12 months. Last year, 388,833 tourists participated in hot air balloon tours in Cappadocia. (Photo by Behcet Alkan/Anadolu Agency via Getty Images) Lighthouse Immersive's 92-foot-tall Vincent van Gogh hot air balloon floats on Flagstaff Hill on Friday, December 10, 2021, in the Oakland neighborhood of Pittsburgh. The balloon was brought to the city to promote the Immersive Van Gogh Pittsburgh exhibit on the North Side. (Photo by Andrew Rush/Pittsburgh Post-Gazette via AP Photo) 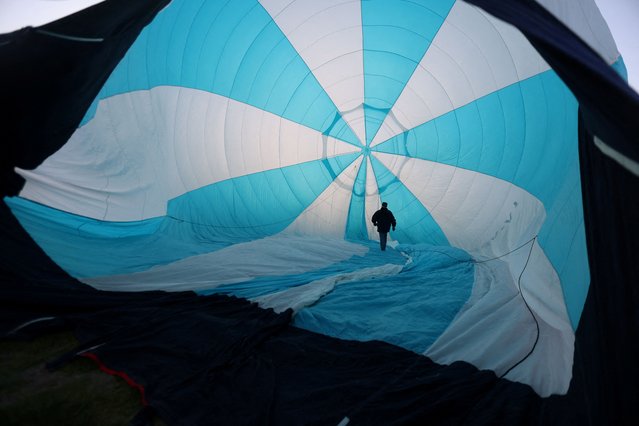 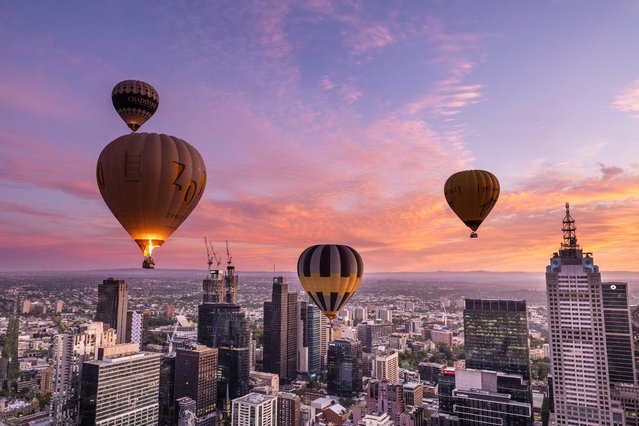