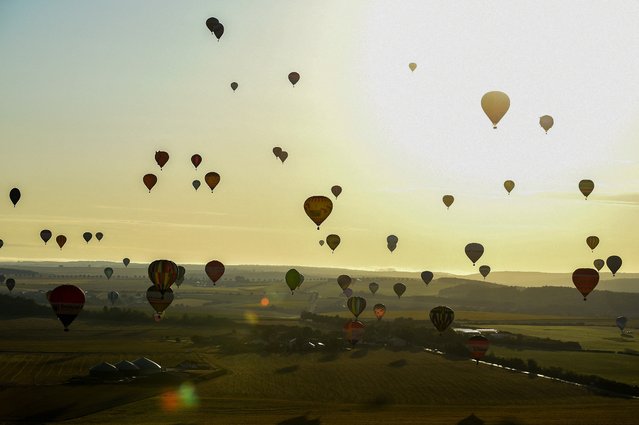 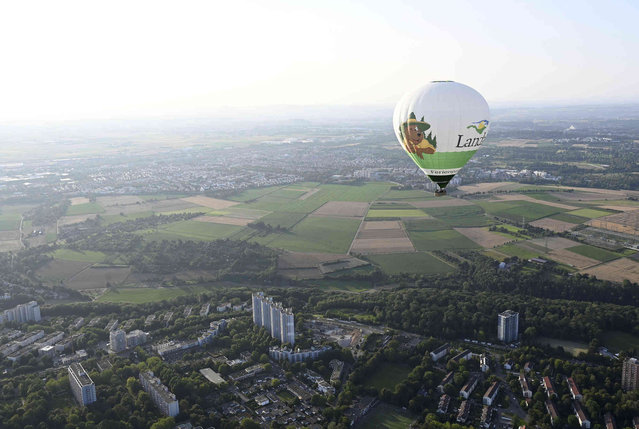 According to the manufacturer, the largest hot air balloon ever produced in Germany floats over Stuttgart, Germany, on its maiden flight, Wednesday, July 21, 2021. According to the information, the green-white record balloon has a volume of 12,500 cubic meters. (Photo by Bernd Wei'brod/dpa via AP Photo) 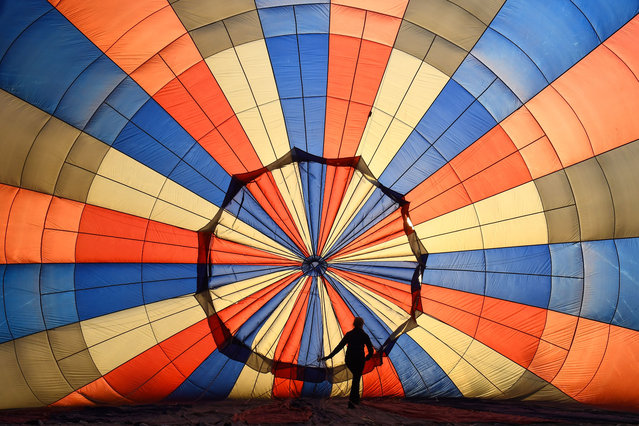 A hot-air balloon is inflated at the International Balloon Fiesta in Bristol, United Kingdom on August 4, 2021. (Photo by James Veysey/Rex Features/Shutterstock) 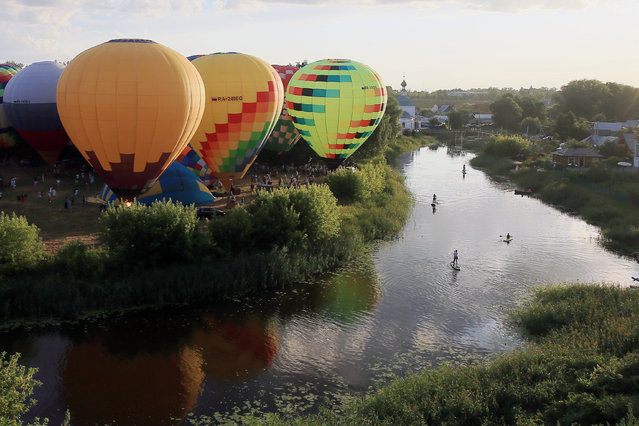 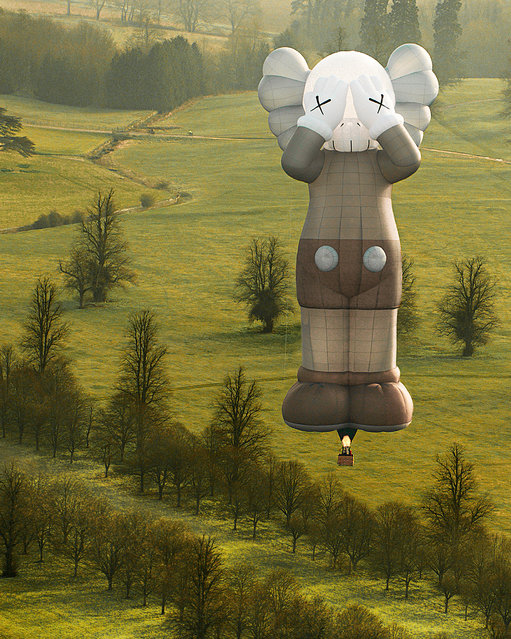 In this photo released on May 17, 2021, artist KAW’s latest work and the 42-meter tall hot-air balloon “KAWS:HOLIDAY” takes flight prior to May 16, 2021 in Bristol, England. KAWS and longtime collaborator, AllRightsReserved is bringing KAWS:HOLIDAY back from outer space into Earth’s atmosphere in May. (KAWS, Courtesy of AllRightsReserved Ltd.) (Photo by AllRightsReserved/Getty Images) 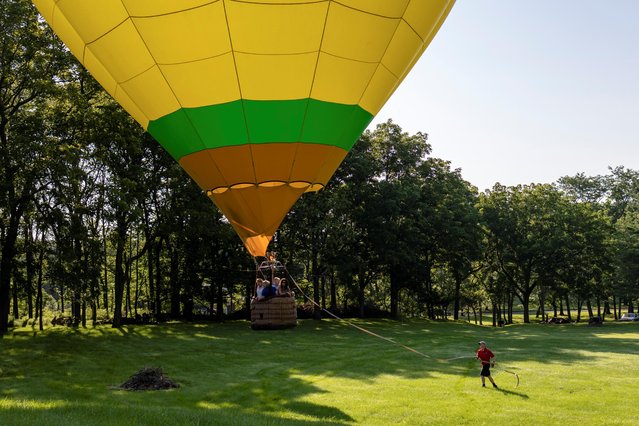 A hot air balloon prepares to land in a residential area during the New Jersey Lottery Festival of Ballooning in Flemington, New Jersey, U.S., July 24, 2021. (Photo by Hannah Beier/Reuters) 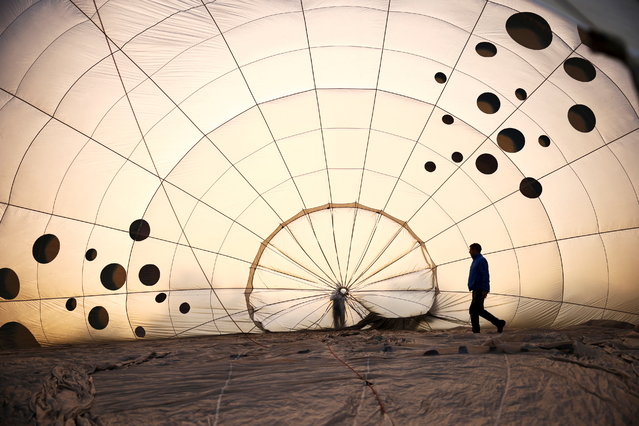 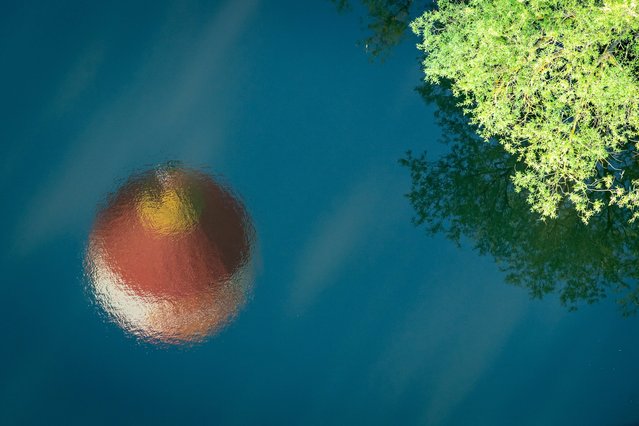 A hot air balloon competition called “Grudziadzkie Zawody Balonowe” is held in Lisie Katy, central-northern Poland, 14 May 2021. The compe​tition is held for the eighteenth time. (Photo by Tytus Zmijewski/EPA/EFE) 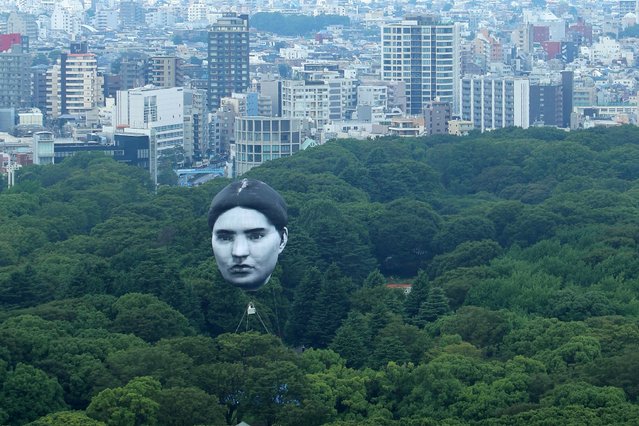 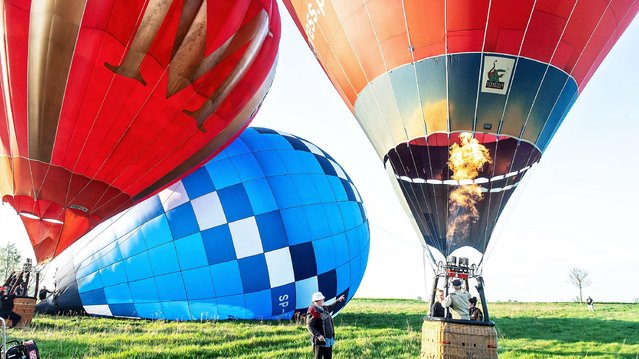 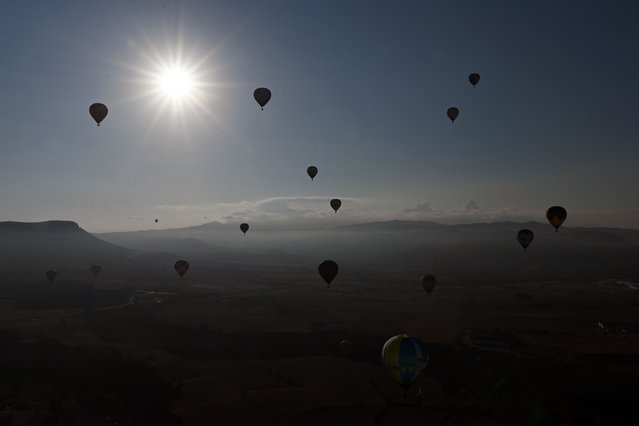 Hot-air balloons participate in the 25th European Hot Air Balloon Festival held in Igualada, 70 km away from Barcelona, on July 9, 2021. This festival is the largest one in Spain and one of the biggest hot-air balloons gatherings in Europe. (Photo by Lluis Gene/AFP Photo) 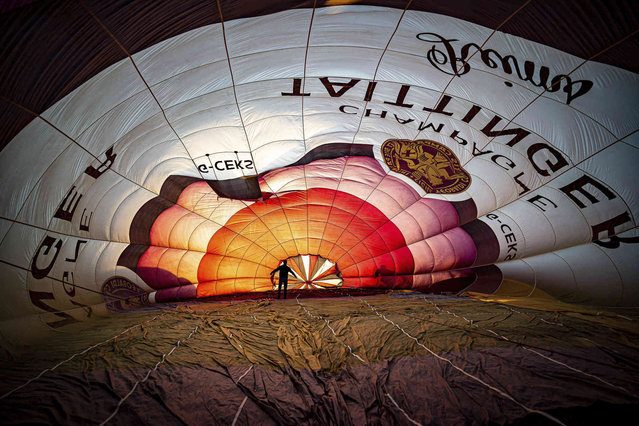 Balloon pilots check the rigging inside a balloon canopy as they prepare for the first mass ascent during “Fiesta Fortnight” in Filton, England, Wednesday August 4, 2021. The Bristol International Balloon Fiesta will see some hundreds of balloons floating in the skies of southwest England over the two-week festival. (Photo by Ben Birchall/PA Wire via AP Photo) 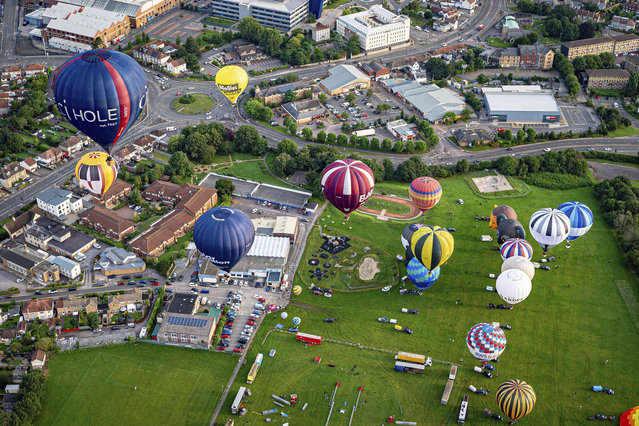 Balloons take off during the first mass ascent of the “Fiesta Fortnight” in Filton, England, Wednesday August 4, 2021. (Photo by Ben Birchall/PA Wire via AP Photo) 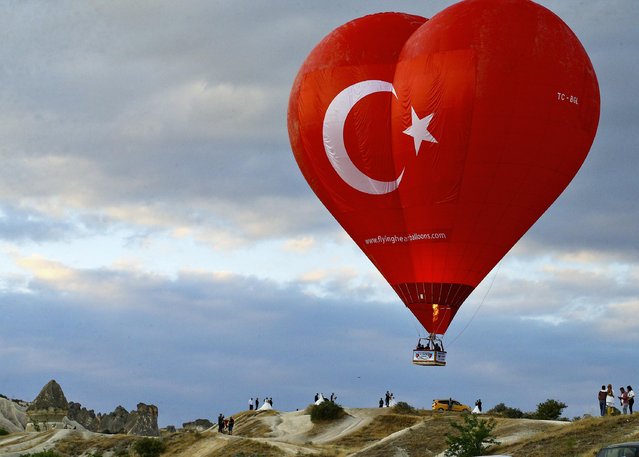 A heart shaped hot air balloon with the Turkish flag on one side glides at the historical Cappadocia region, located in Central Anatolia's Nevsehir province, Turkey on July 7, 2021. (Photo by Ismail Duru/Anadolu Agency via Getty Images) 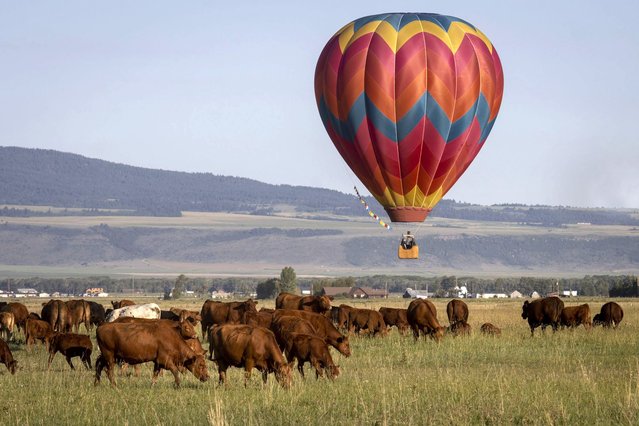 A hot air balloon lands near a cow pasture at the Teton Valley Balloon Rally on July 3, 2021 in Driggs, Idaho. The rally has been an annual event in the area for 40 years. This year, 26 teams took part in the rally. (Photo by Natalie Behring/Getty Images)
Edit Del
18 Aug 2021 08:30:00, post received 0 comments
Publication archive:
←   →
Popular tags:
All tags
Last searches: